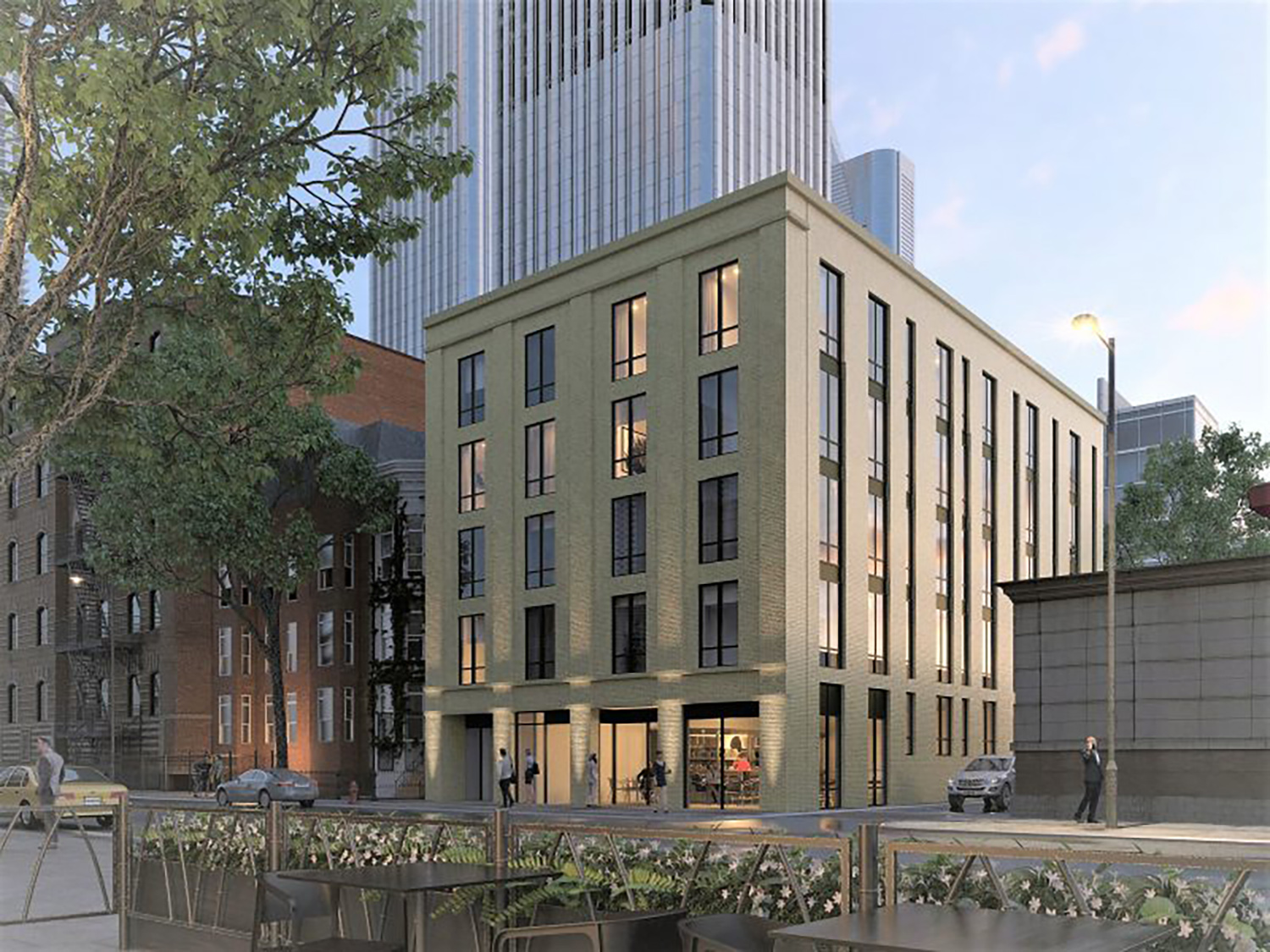 With final touches now underway for River North’s six-story 61 W Erie Street, it has been reported that the former condominium development by LG Development will switch in function to a boutique Sonder venue for medium-term stays. The news comes as a bounce back for the hotel industry, with a demand for hospitality-oriented companies like Sonder helping to lead this resurgence. 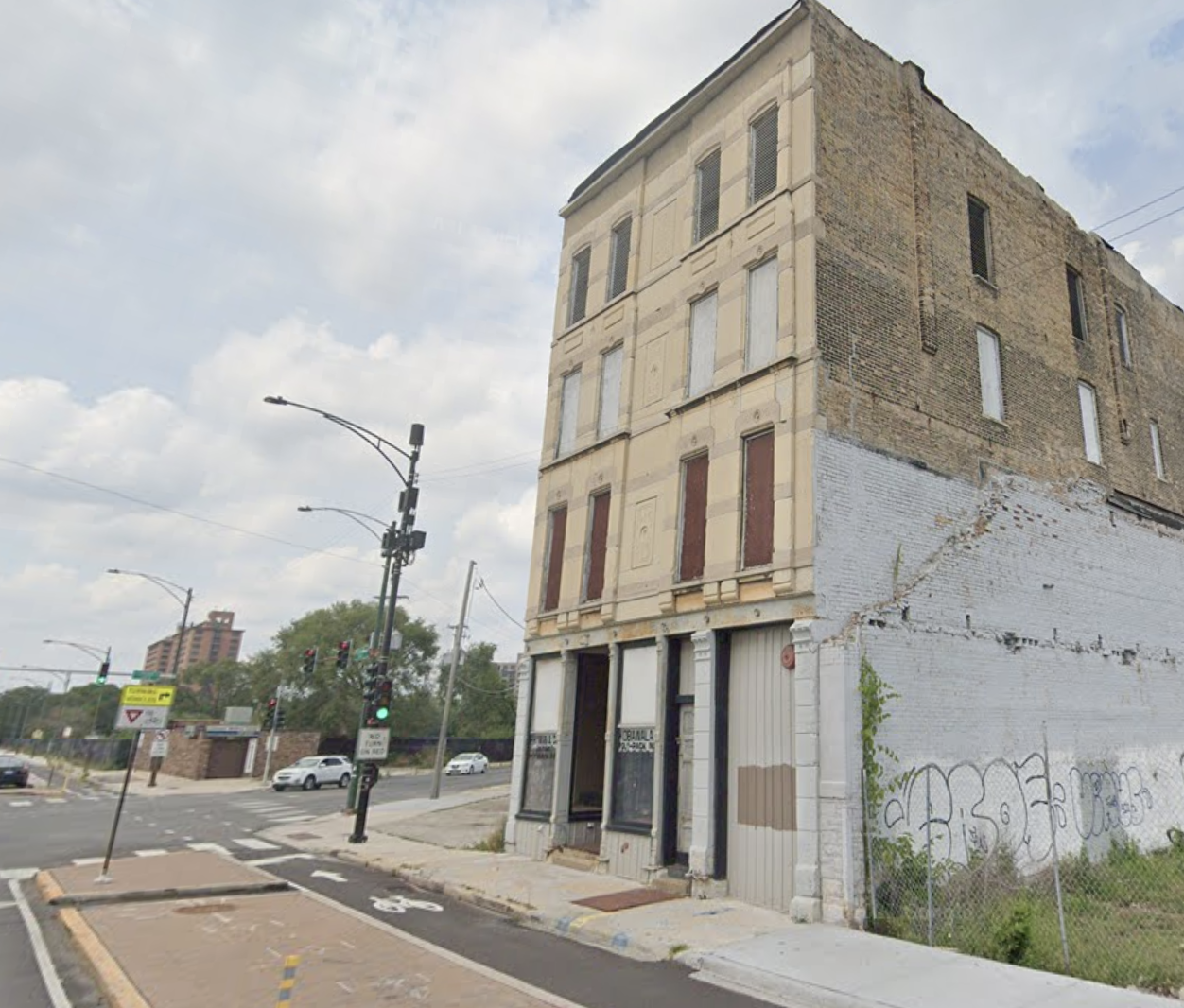 A demolition permit was issued last week for a four-story mixed-use masonry building located at 1329 N Clybourn Avenue in the Near North Side neighborhood. The permit’s owner has been listed as Ravindra Kobawala. As of now, no plans appear to have been submitted to upgrade any of the zoning designations for this property and there is currently no information on any future constructions at the site. 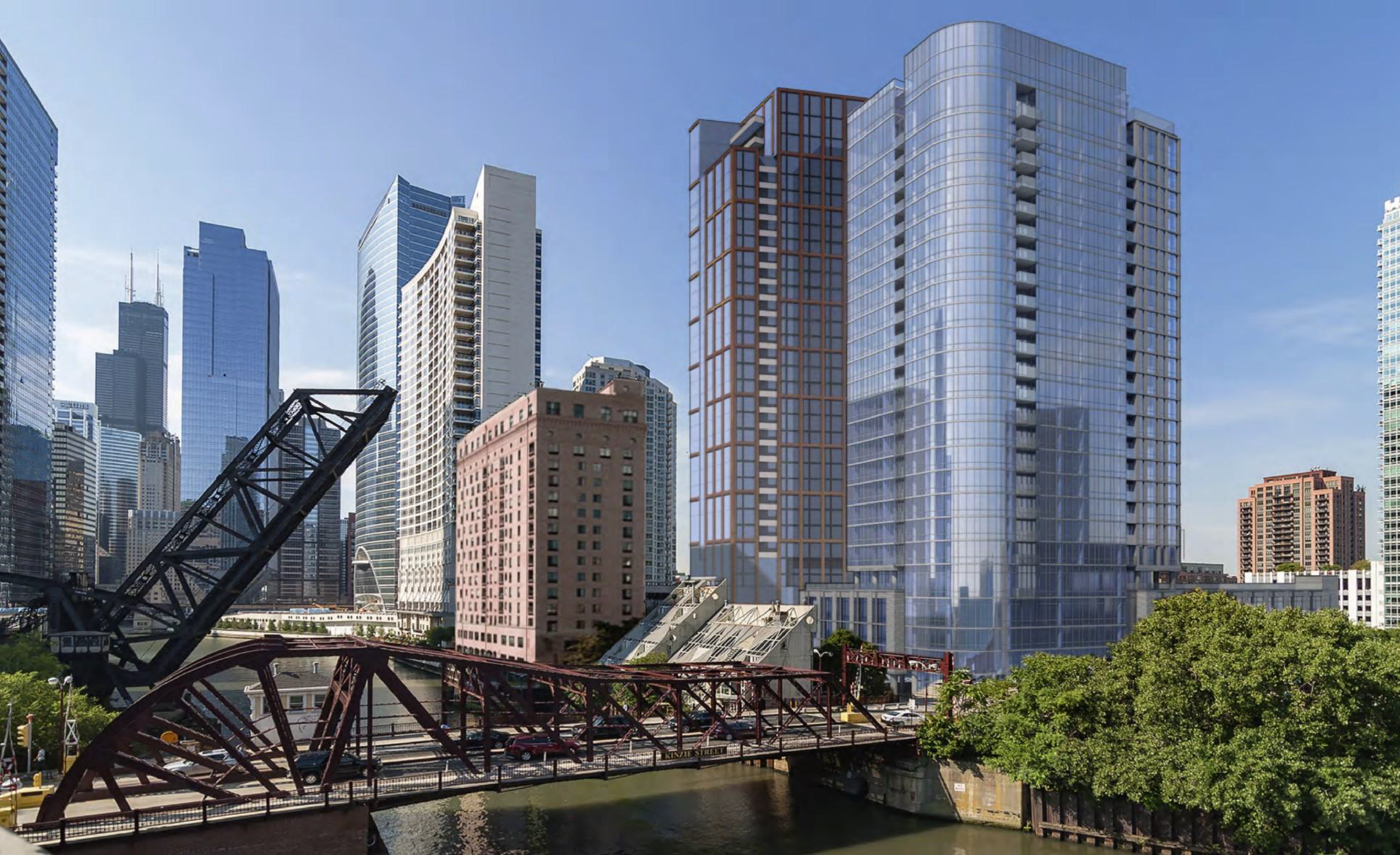 Initial plans have been revealed for a new residential development located at 527 W Kinzie Street in the Fulton River District. Announced in a recent newsletter by 42nd Ward alderman Brendan Reilly, the new structure will replace a vacant parking lot nearly adjacent to the Chicago River across from the quickly climbing Salesforce Tower. New York-based developer Vornado Realty Trust has tapped local architecture firm Pappageorge Haymes Partners for the design of the new tower.

Final facade work is underway for the three-building development known as Schiller Place Apartments, each rising four stories under the addresses 711-749 W Schiller Street in Near North Side. This residential undertaking has been planned by Evergreen Real Estate and Structured Development, whose plans include 16 apartment dwellings within each building, for a total of 48. These residences will vary between one- and two-bedroom floorplans. Other features include a leasing office in the easternmost building, landscaping and street improvements, as well as 18 surface parking spaces in the rear. 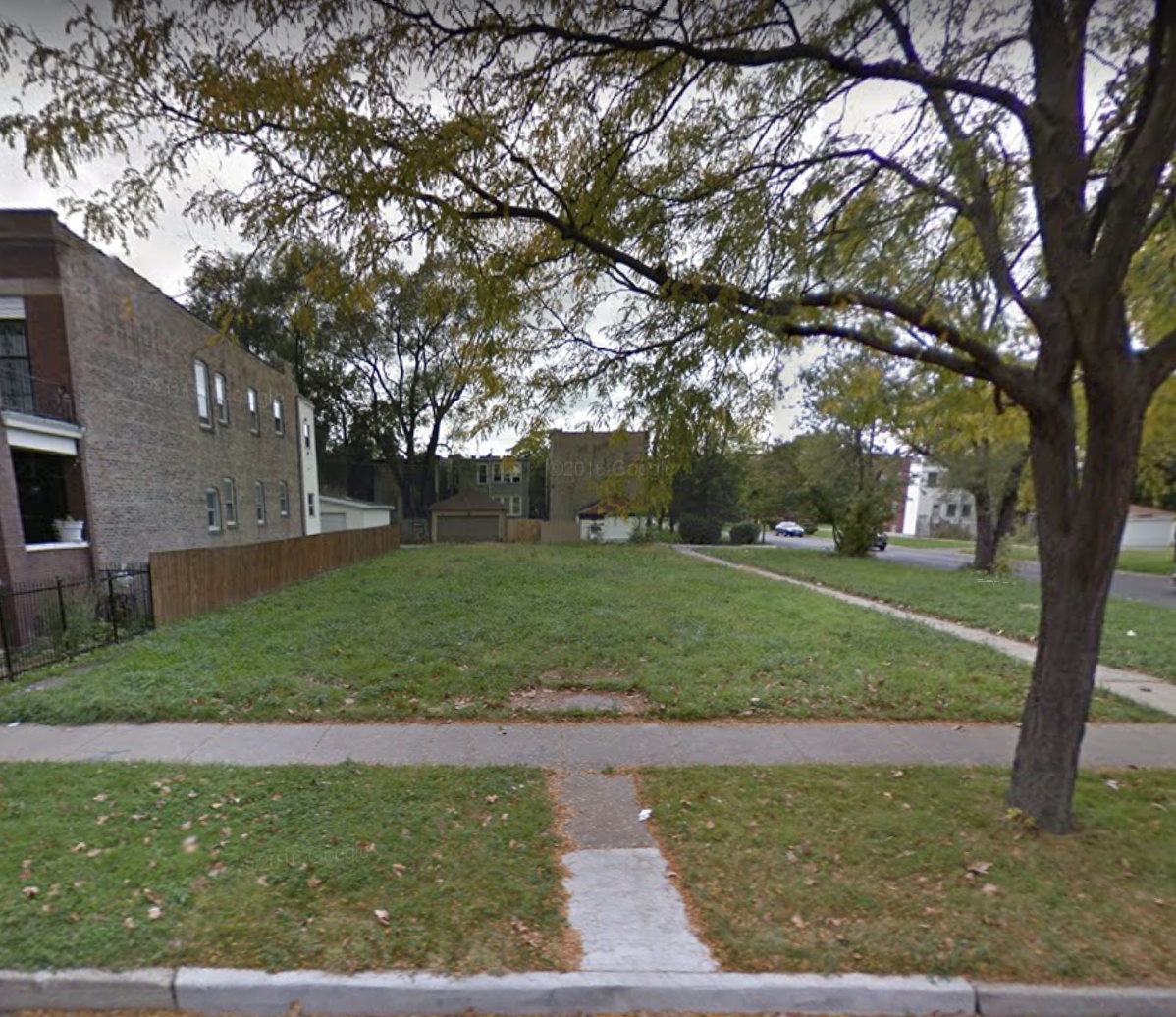 A permit was approved on Friday for a new two-story residential building to be located at 184 N Lamon Avenue in the Austin neighborhood. Adam Zegarski of A-Z Builders Inc is listed as the owner and published plans indicate that this project will yield three dwelling units, each outfitted with a rear metal porch. Plans also show the presence of three paved outdoor parking spots. The development will join a sister venture which we previously reported from the same owner. Both projects will be constructed on the same vacant lot.