Construction permits have been issued for a four-story residential building at 1453 W Grand Avenue in West Town. The owner EZMB Inc. has planned five total units, in addition to a rooftop deck with stair enclosure, a trellis, a basement, and a pair of detached two- and three-car garages, each with a rooftop deck. A zoning ordinance in 2018 re-designated the property from a RT-4 Residential Two-Flat, Townhouse and Multi-Unit District to a B2-2 Neighborhood Mixed-Use District.

A zoning application was filed late last month with a revised design for the stalled 1000M skyscraper, located at 1000 S Michigan Avenue in South Loop.

Construction permits have been issued for a four-story residential building located at 2518 W Diversey Avenue in Avondale. Planned by Alverna Development, the new construction will house eight rental units. For parking, the structure will house four spaces in its basement and an additional four in two detached garages in the rear. 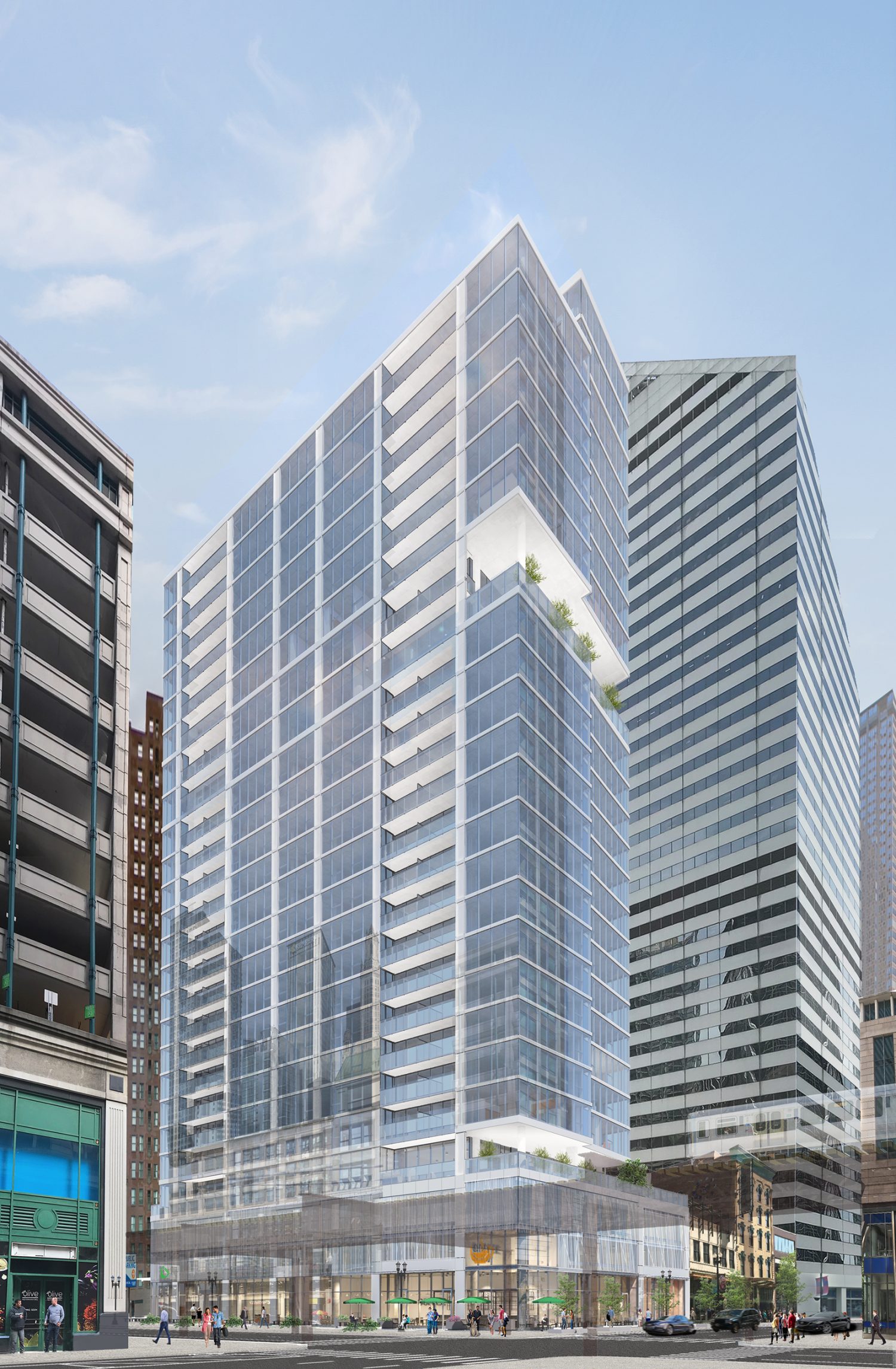 Exterior work has wrapped up at Parkline Chicago, a 26-story residential building located at 60 E Randolph Street in the northeast corner in The Loop. Planned by Moceri + Roszak and rising 293 feet, the new development will house 190 apartment up to the 19th floor, then 24 condominiums on the 20th to 25th floors. These residences will be priced between $1.42 million and $2.25 million.

A new rendering has been released for 3 Sutton Pla

New renderings have been released in time for the

Looking west at One World Trade Center, designed b

Glass and metal can be seen approaching the pinnac