A new temporary community plaza is coming to Chatham. As reported by Block Club Chicago, the neighborhood addition could be completed as soon as summer 2022. The site which will span 8,500 square feet is to be located at the corner of E 79th Street and State Street and will honor legendary Gospel singer Mahalia Jackson who was a longtime Chatham resident. Mahalia Jackson is remembered as a vibrant pillar of the community and as one of the most influential figures in Gospel music. 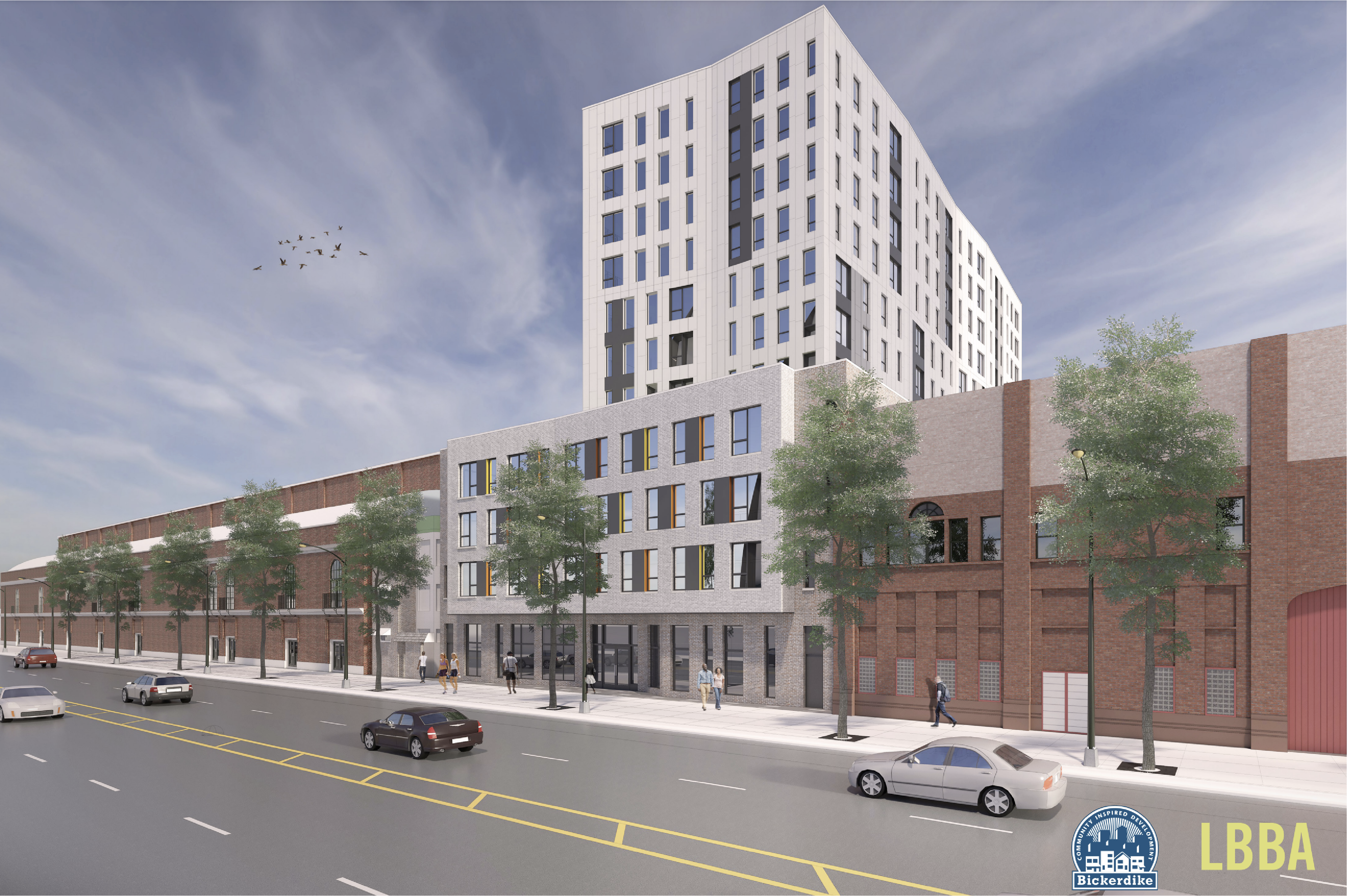 Initial plans have been revealed for an affordable residential development at 5853 N Broadway in Edgewater. Located just south of the intersection with W Thorndale Avenue, the project would replace an existing one-story masonry building and its parking lot adjacent to the Broadway Armory community center. The current structure is utilized by the Streets and Sanitation Department, who will vacate the property. Local developer Bickerdike Redevelopment Corporation is working with Landon Bone Baker Architects on the design of the new mid-rise.

Construction can be seen at the site of West Town‘s 1690 N Elston Avenue, where Property Adventures Corporation has planned a boutique office redevelopment of a former industrial building. This existing masonry structure will be renovated, while a new 10,000-square-foot addition will attach to its west-facing side.

A permit was approved this week for a six-unit residential building located at 702 E 41st Street in the Grand Boulevard neighborhood. The developer on this project is listed as Red Van Construction. While there are a few larger units planned, each dwelling space will have a minimum of four bedrooms and have three and a half bathrooms, with all residents ranging between 2,400 to 3,200 square feet. The building will also include an attached two-vehicle garage and roof deck. Charles E Schwartz is listed as the architect of record for this project.

New walls, signage, and windows can be seen along the exterior of the former Morton Salt Factory in West Town, where developers R2 Companies, Blue Star Properties, and Skydeck have planned an adaptive re-use renovation. This revamped complex at 1357 N Elston Avenue will house a new entertainment venue inside the main shed, as well as supplementary R&D offices for Morton Salt in the old packaging buildings. Other changes include the removal of the east shed, a new one-story access corridor, and a new food stand within the former garage.