New funding has been secured for the National Public Housing Museum at 925 S Ada Street in the Near West Side. The project is part of the greater Roosevelt Square Plan which includes various residential developments led by Related Midwest and the Chicago Housing Authority. The museum itself will be one of the first of its kind and occupy around 2/3rds of a larger shared building with 15 residential units. The funds will help kick-start construction on the proposal designed by the Chicago based firms of HED Architects and Landon Bone Baker Architects. 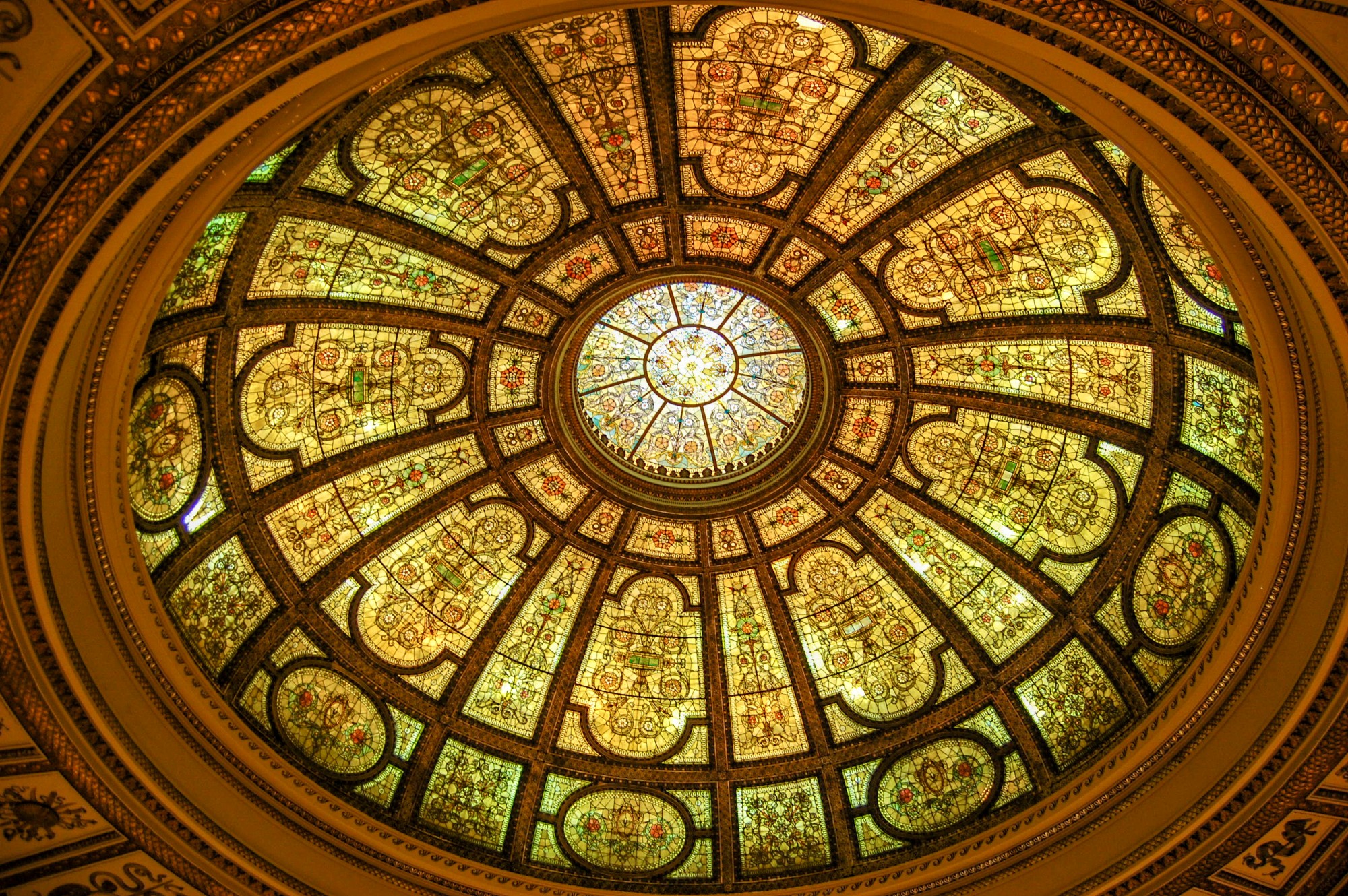 This coming Wednesday, August 24th, the Chicago Architecture Center will host a virtual event that will examine the careers and the artistry of George Healy and Louis Millet. The event will elaborate on how Healy and Millet met, as well as the start of their illustrious careers in Chicago which found them partnering with the likes of Louis Sullivan.

Steel is quickly reaching its pinnacle height for the new Rush Specialty Hospital at 516 S Loomis Street in Little Italy. This new building is the next step in the Rush University Medical Campus expansion and will be located just to the east of the Joan and Paul Rubschlager building, which is currently under construction on its parking garage. There is an empty lot between these two projects that awaits a future building with up to 855,000 square feet of programming. 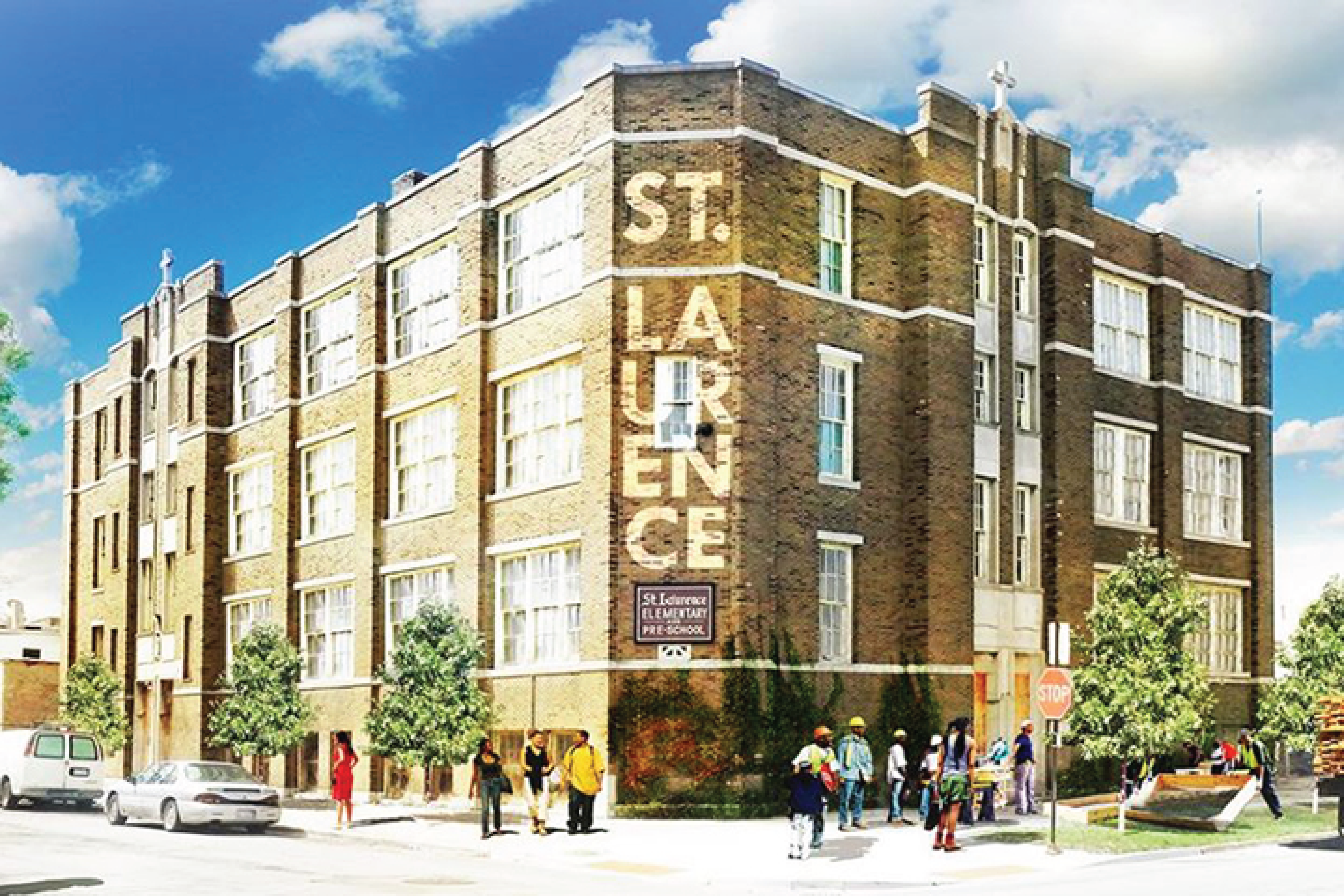 Updated details have been revealed for a community arts center at 1353 E 72nd Street in Greater Grand Crossing. Located just west of the intersection with S Dorchester Avenue, the project will rehabilitate the previously abandoned St. Laurence Catholic School which has sat vacant after past redevelopment plans failed. The creative force behind the new art-focused spaces is the Rebuild Foundation led by Theaster Gates who is well known for his Stony Island Arts Bank project. Woman-owned Muller 2 known for their O’Hare Terminal 5 extension are serving as the architects, while Power & Sons as the general contractor. 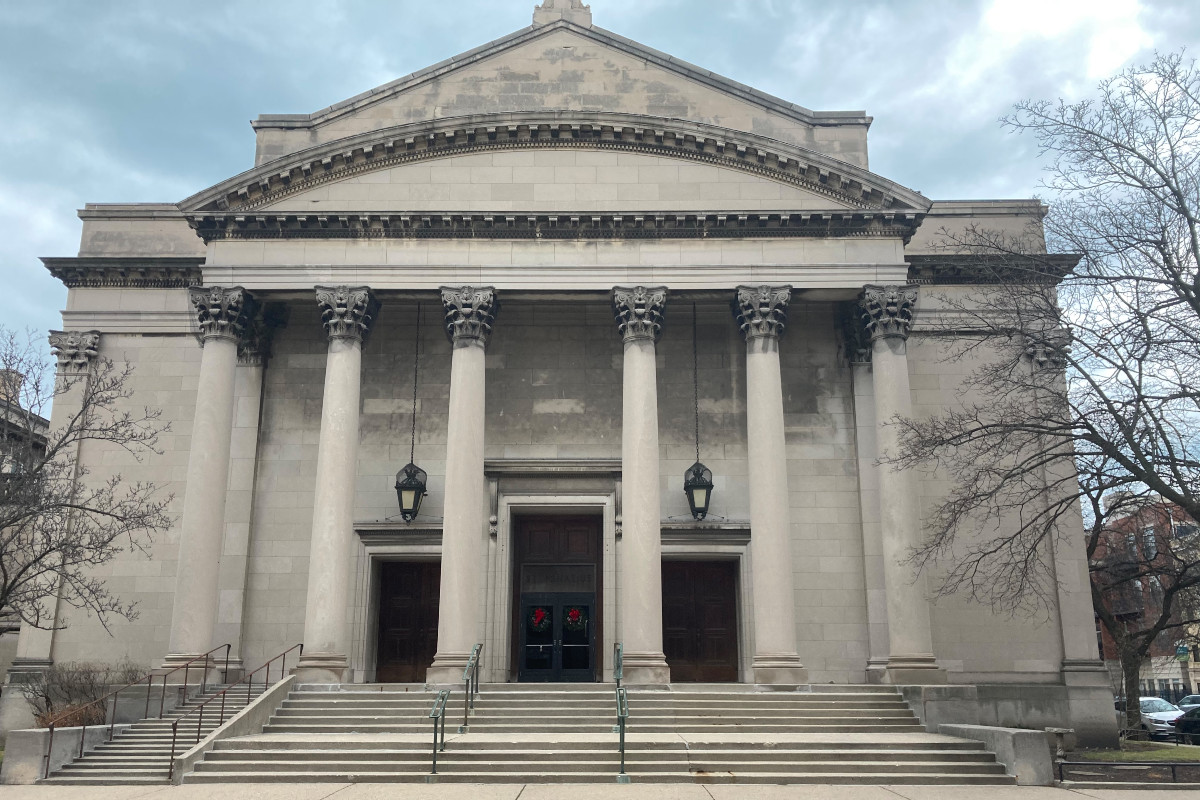 In a recent town hall in the 49th Ward, Alderwoman Maria Hadden updated community members on the future of the closed St. Ignatius church located at 6559 N Glenwood Avenue in Rogers Park. The church was built in 1917 and designed by noted architect Henry J Schlacks. Schlacks notably started his career in the offices of Adler & Sullivan before starting his own practice.