Demolition permits have been issued for a one-story masonry building located at 812 W Adams Street in the Near West Side neighborhood. The permit owners have been listed as Rogers Park Holdings LLC and the building is being demolished to make way for an upcoming mixed-use development. The site will include the demolition of several other existing structures to allow for full development headed by Luxe Suites Chicago LLC. 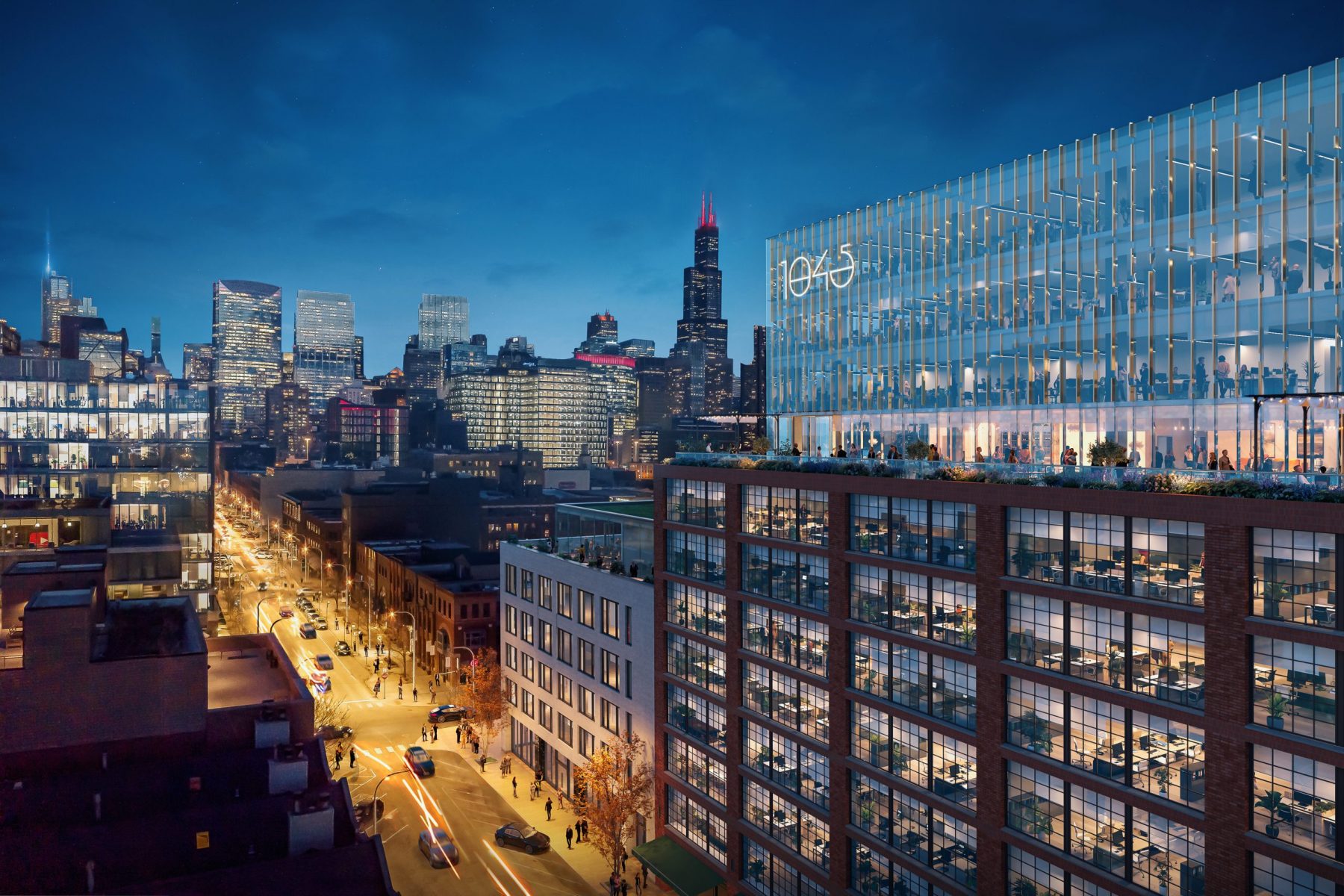 Since December’s countdown update, facade work has reached the finish line for 1045 on Fulton, a 12-story mixed-use development along West Loop‘s Fulton Market corridor. Co-developed by Fulton St. Companies and Intercontinental Real Estate, the 147-foot-tall edifice will be anchored by 6,500 square feet of ground-floor retail, topped by 11 floors and approximately 130,000 square feet of boutique office space. The retail segment will offer 150 feet of frontage along W Fulton Market and its cross street of N Aberdeen Street. 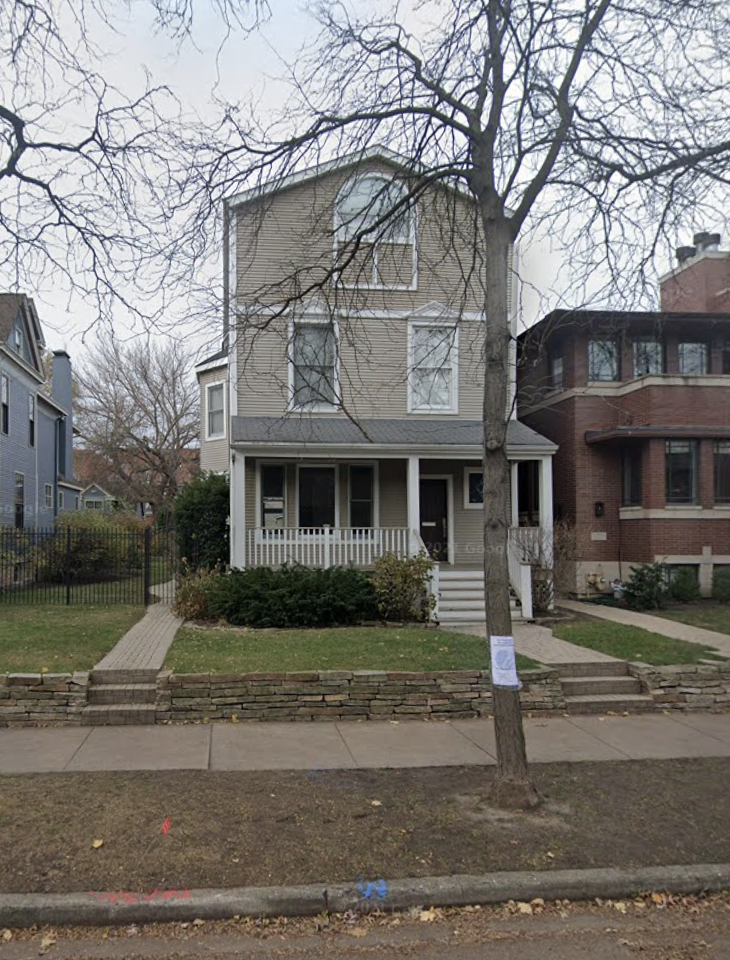 A demolition permit was filed this week for a three-story frame residence along with a detached frame garage located at 4222 N Greenview Avenue in the Lake View neighborhood. The permit’s owners have been listed as Trianna LLC and NCB 4222 Greenview LLC. 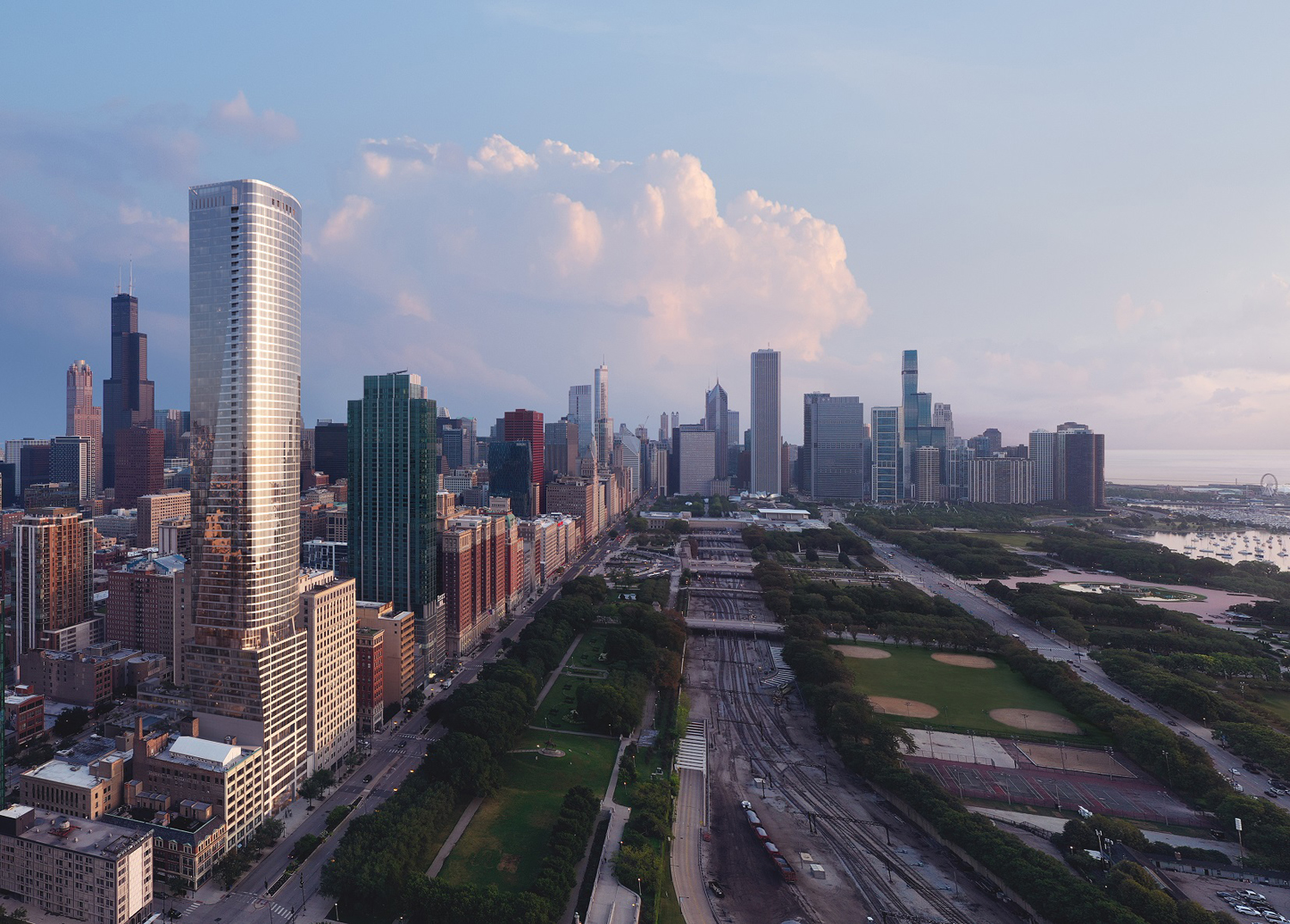 Over this past weekend near the northern edge of South Loop, an army of concrete trucks could be seen pouring the foundation of Chicago’s fourth tallest construction project. Known as 1000M after its 1000 S Michigan Avenue address, this 73-story residential skyscraper will rise 805 feet and house 738 rental apartment units.