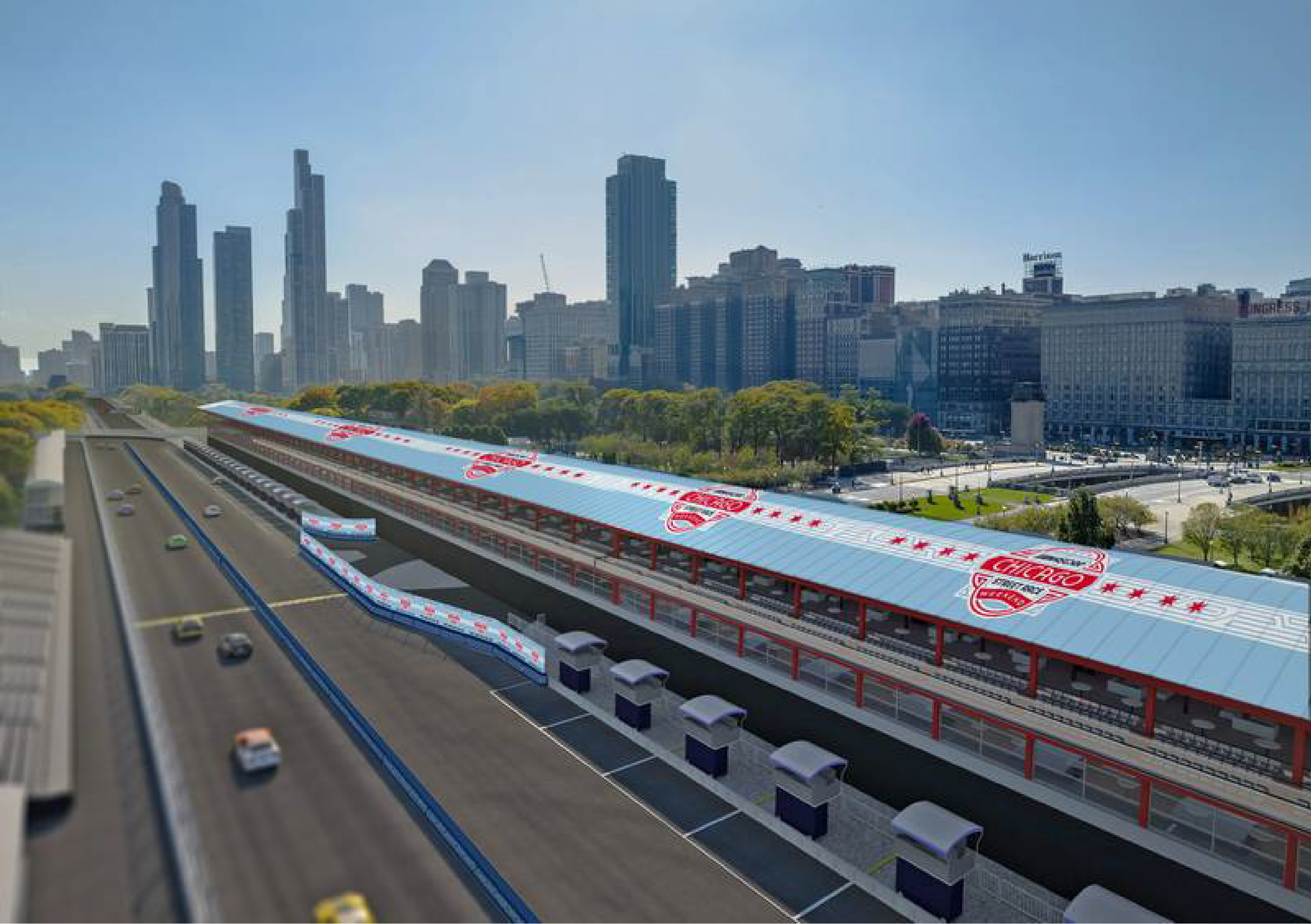 Initial renderings have been revealed for the temporary structures for next year’s NASCAR Chicago Street Race within Grant Park. The race which was announced earlier this year has become a point of contention for many residents, as it will close off the green space often referred to as Chicago’s front lawn for even longer than it already is during the summer. The event is being led by NASCAR itself as it looked to bring racing closer to its audiences, with the city having a deep history in car events. 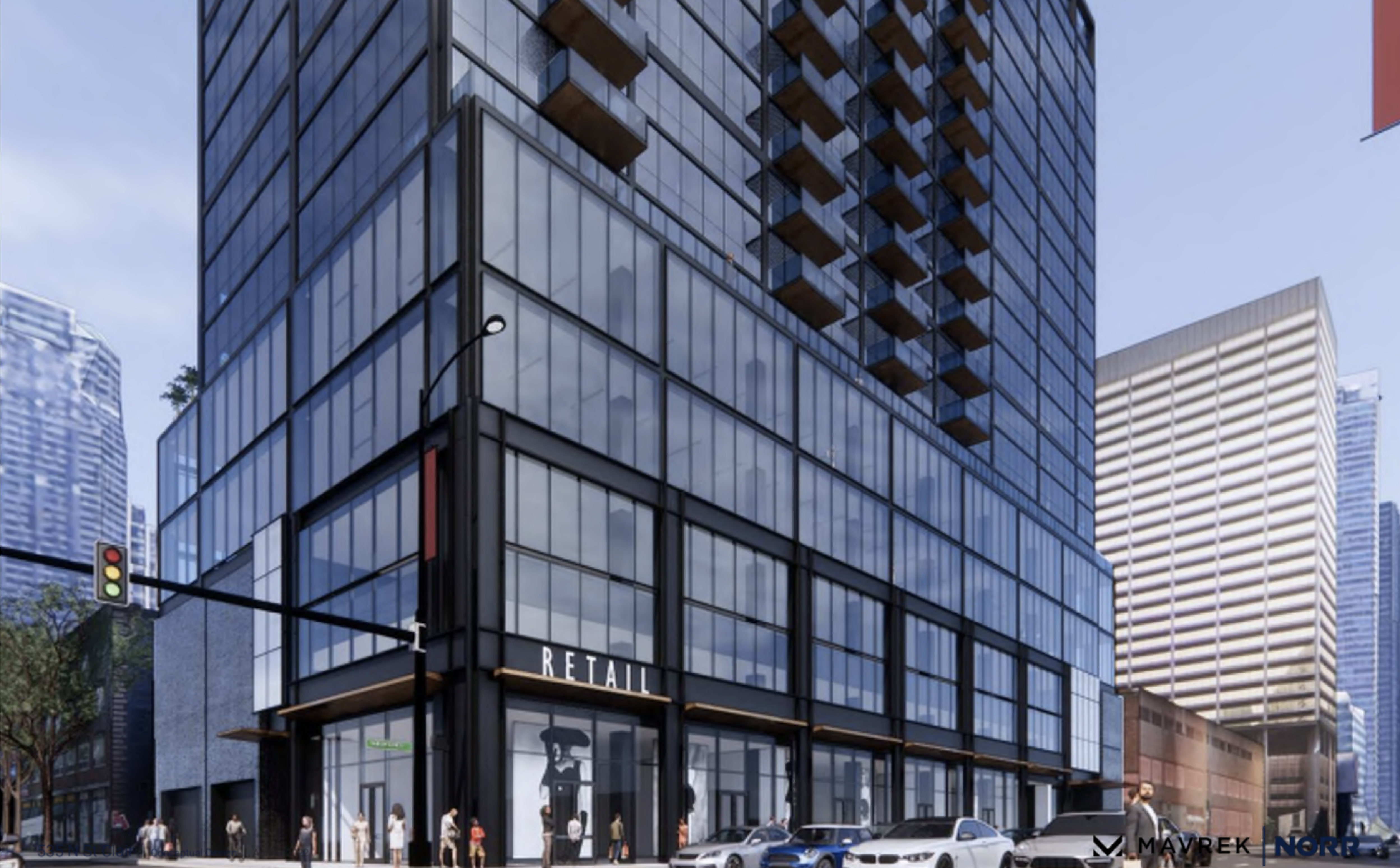 Caisson permits have now been issued for 535 N St. Clair Street in Streeterville, clearing the way for a new 21-story mixed-use high rise. Mavrek Development has planned for the project to replace a three-story, 255-space parking garage. At 238 feet in height, the tower will have a unique blend of office space and 248 apartment units on the upper floors. There will also be a 7,855-square-foot retail space at the corner, as well as a 106-vehicle parking garage and a 102-slot bike storage room. 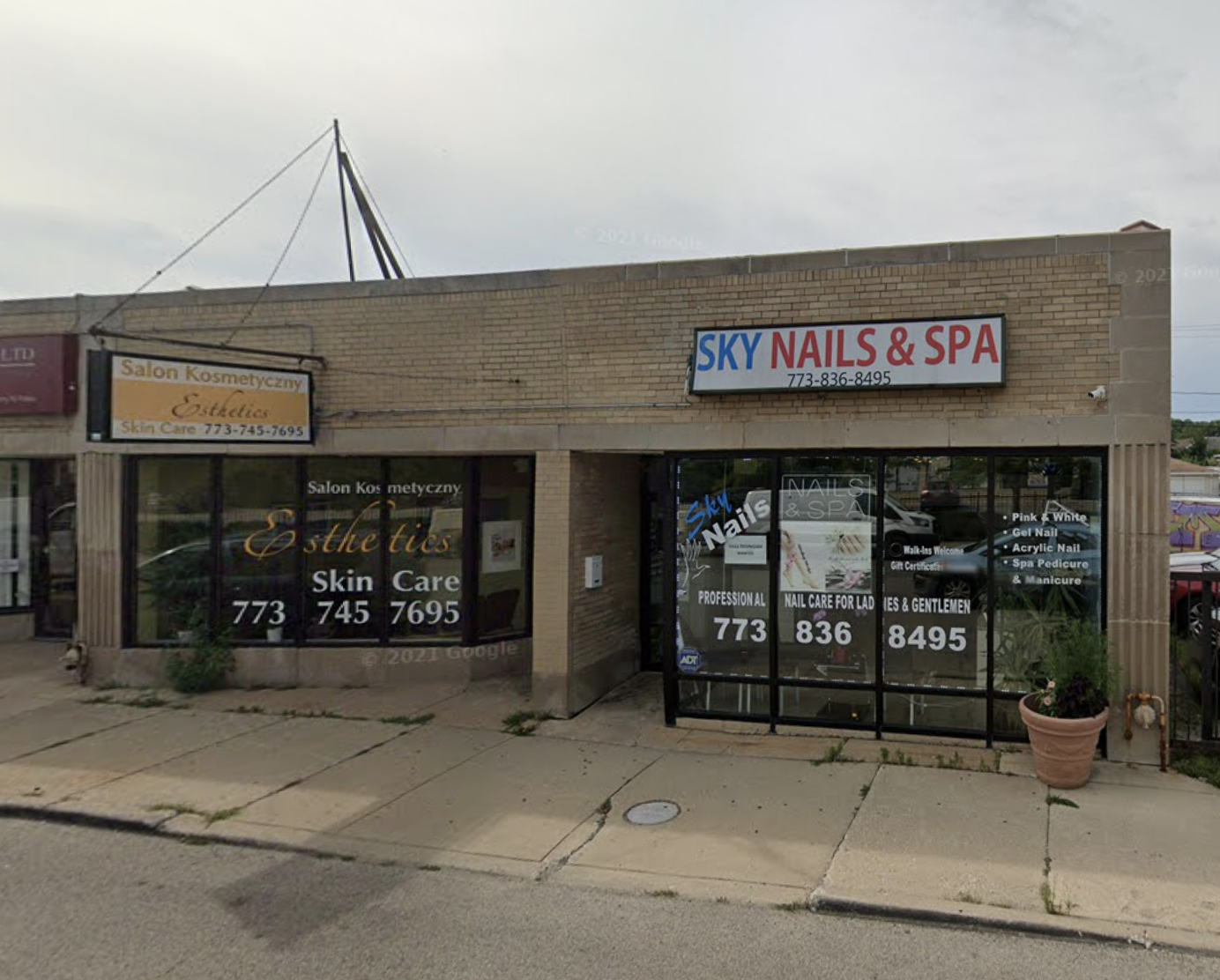 A permit was issued earlier this month for the new construction of a three-story multi-unit building at 6853 W Belmont Avenue in the Montclare neighborhood. The owner of the permits is listed as EP Belmonts LLC, and the current plans indicate this project will yield four dwelling units and a basement. Each floor will feature a rear steel porch and there are four parking spaces on the site. The building will replace part of a strip mall. YIMBY reported on a similar build located at 6853 W Belmont Avenue when permits were issued last month. 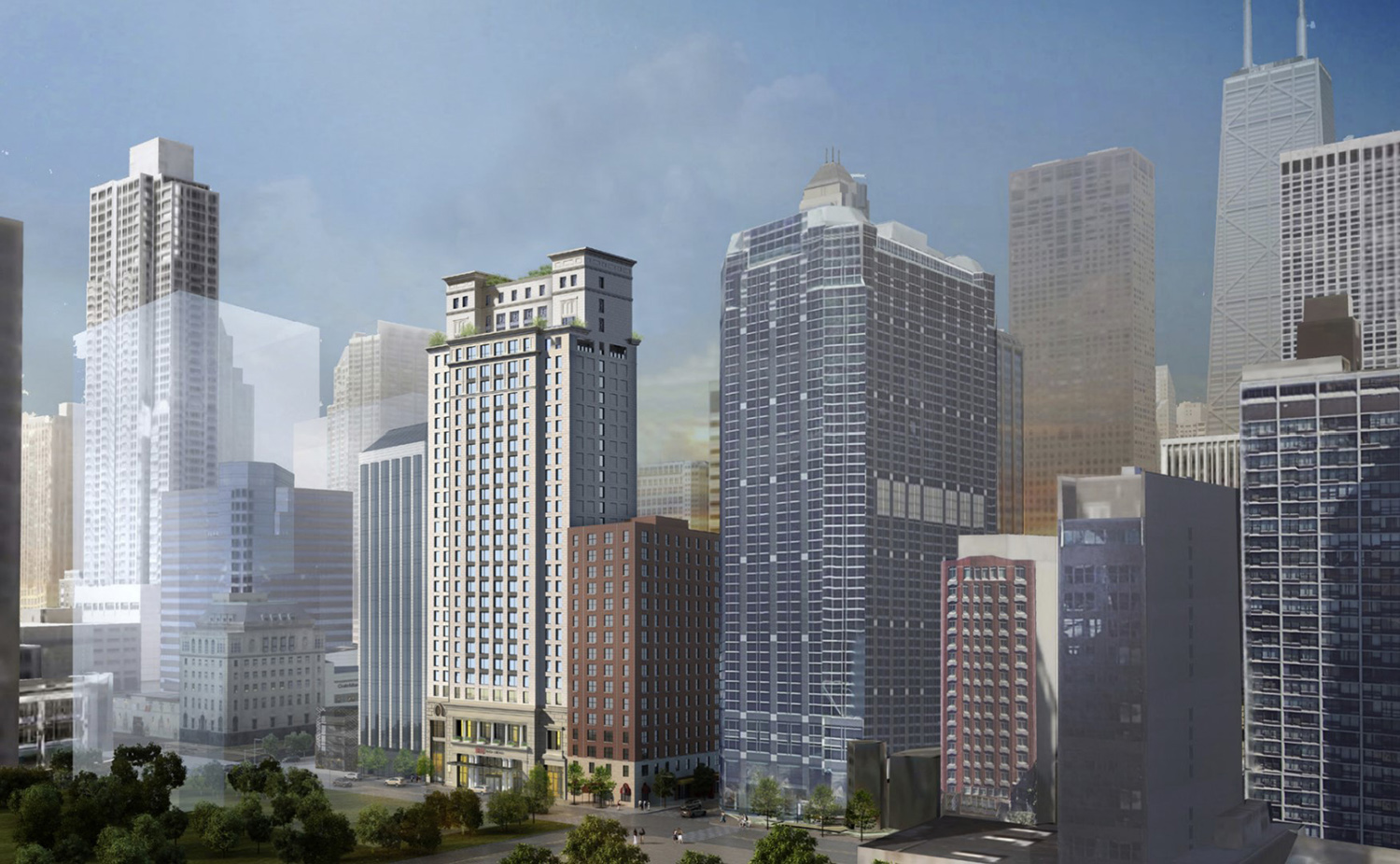 Both extensive foundation work and the crane base are visible at 150 E Ontario Street, the site of a new 28-story hotel by The Prime Group. The 345-foot-tall Streeterville project will be the next location for the Spanish hotel brand RIU Hotels and Resorts, providing a total of 388 rooms. There will also be a ground-level cafe at the southeast corner of the tower base. 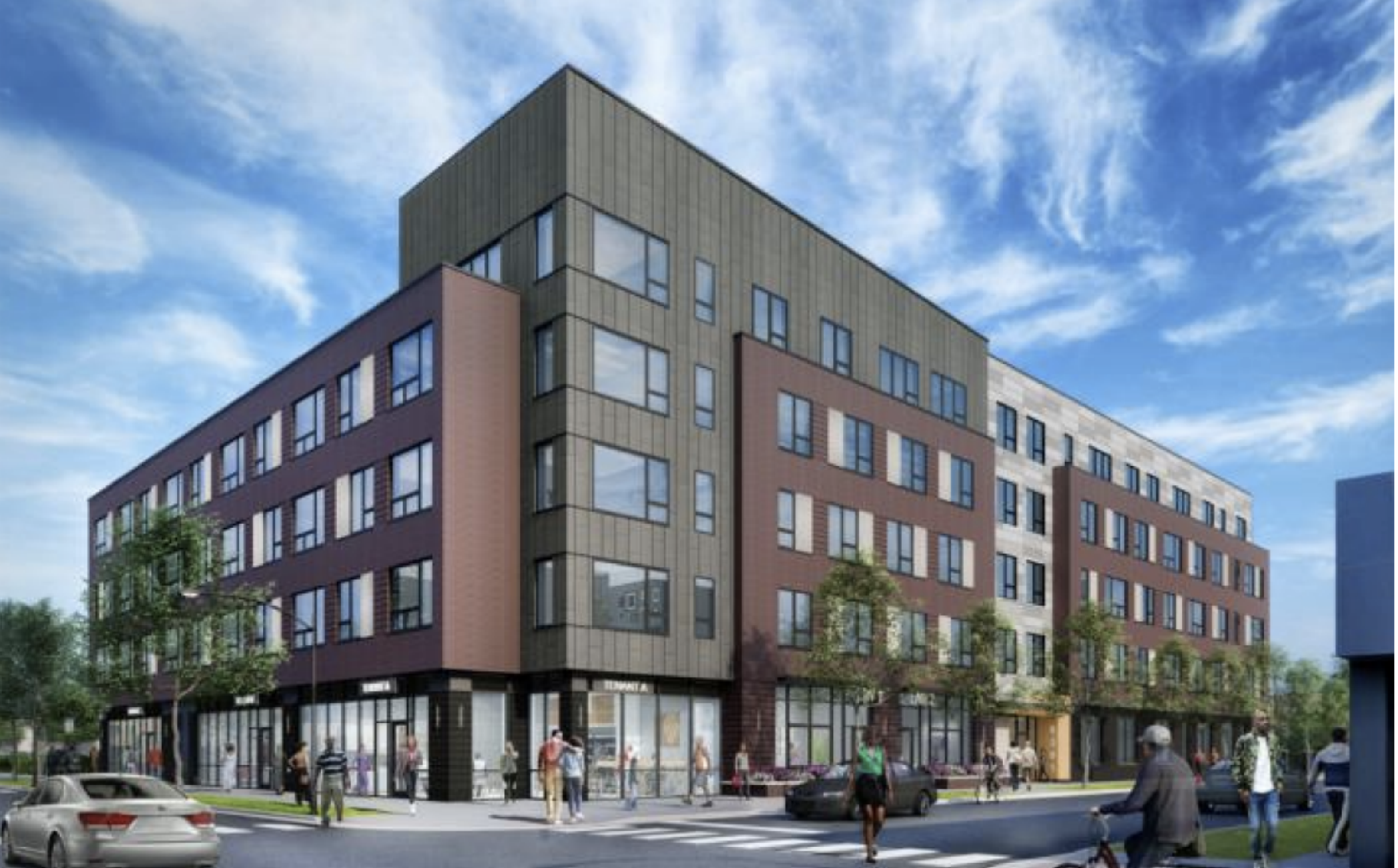 A groundbreaking ceremony has been held for the affordable mixed-use development at 6300 S Maryland Avenue in Woodlawn. Located on the southeast corner with S Maryland Avenue, the proposal is the first project being built under the Woodlawn Housing Preservation Ordinance which was approved in mid 2020. Dubbed Park Station, developer DL3 Realty, who is behind other projects in Woodlawn and Englewood has partnered with local firm FitzGerald Associates on the structure’s design.