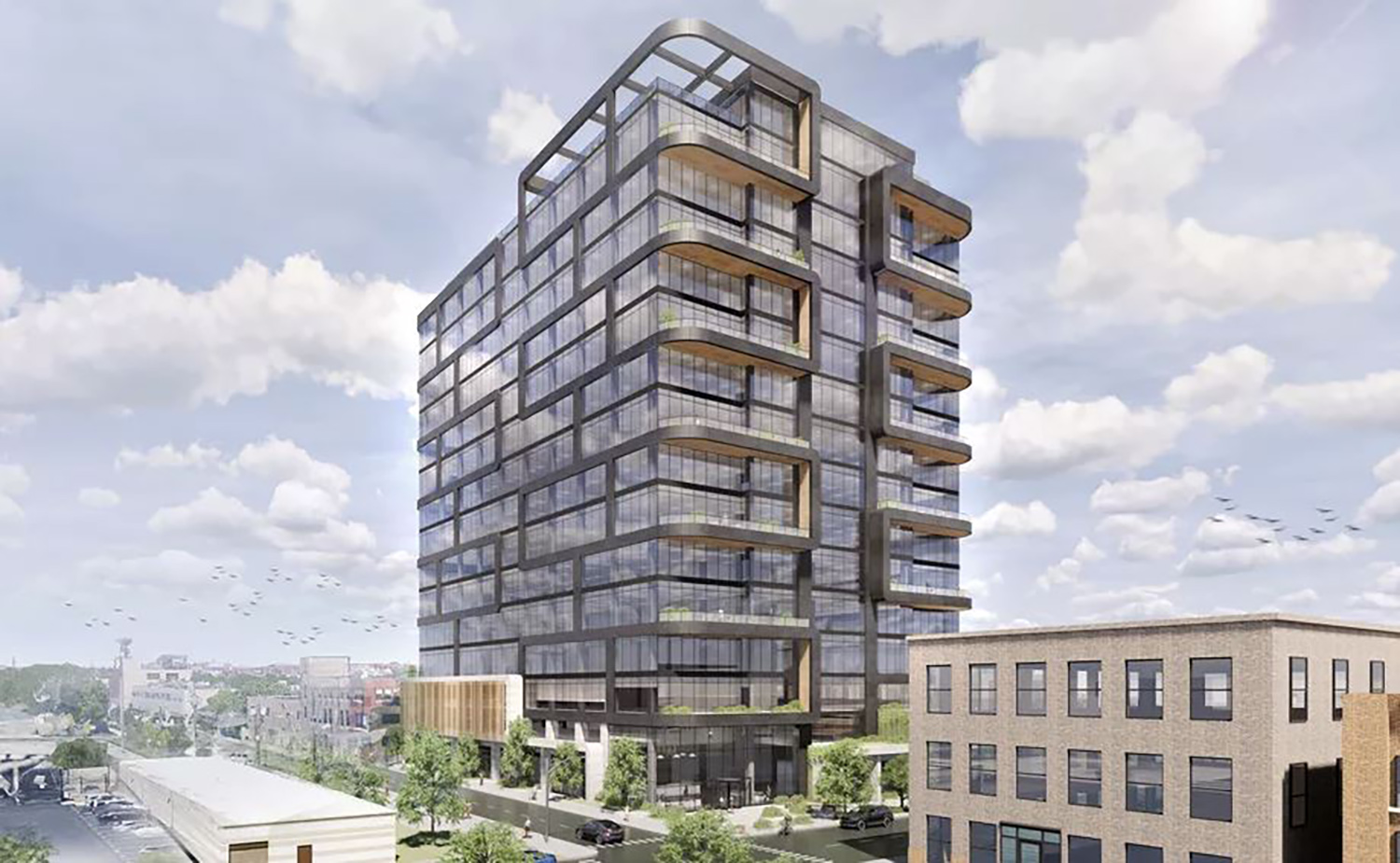 Permits have been filed for a 16-story office building, dubbed Fulton Labs, at 400 N Aberdeen Street in the West Loop. The project site is located along W Kinzie St, spanning an entire block from N Aberdeen St to N May Street. The nearest public transportation is the 65 CTA bus accessed at the Grand and Aberdeen stop less than a five-minute walk away. The Morgan CTA L station, serviced by the Green and Pink Lines, is less than a ten-minute walk away. David Paino of Trammell Crow is listed as the owner behind the applications. 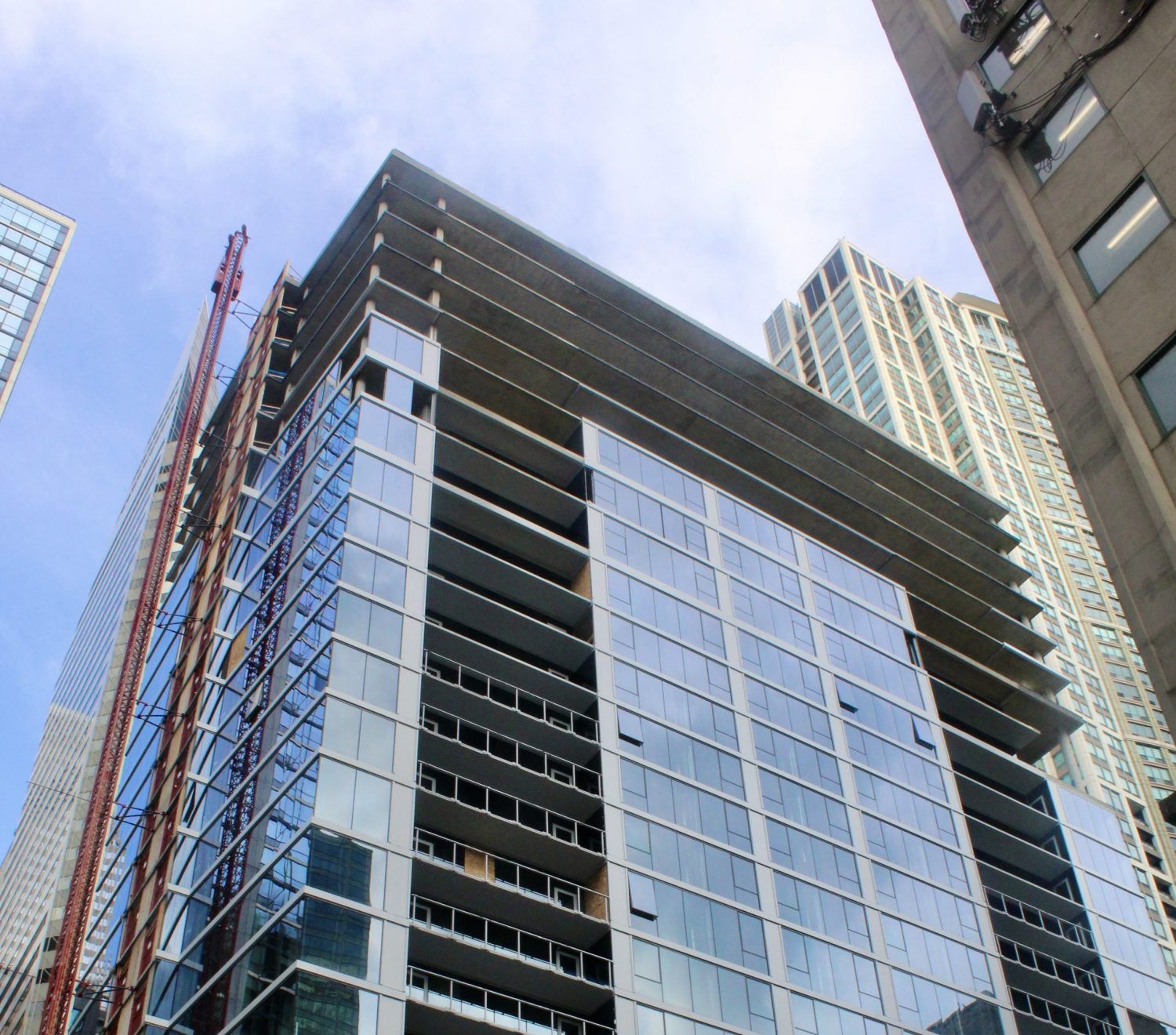 YIMBY has recent images for Moceri + Roszak’s 26-floor Parkline Chicago at 160 N Wabash Avenue in The Loop. Sitting at the northeast corner of N Wabash Avenue and E Randolph Street, the centrally located site has a myriad of nearby transportation options. Access to the Brown, Green, Orange, Pink, and Purple CTA L Lines is available via a three-minute walk northwest to State & Lake Station. Access to the Red Line is available via a two-minute walk west to Lake Station. Additionally, bus stops include Michigan & Lake/Randolph, which is a three-minute walk east and serviced by ten different routes, as well as State & Lake and State & Randolph, both a two-minute walk west and serviced by five different routes. 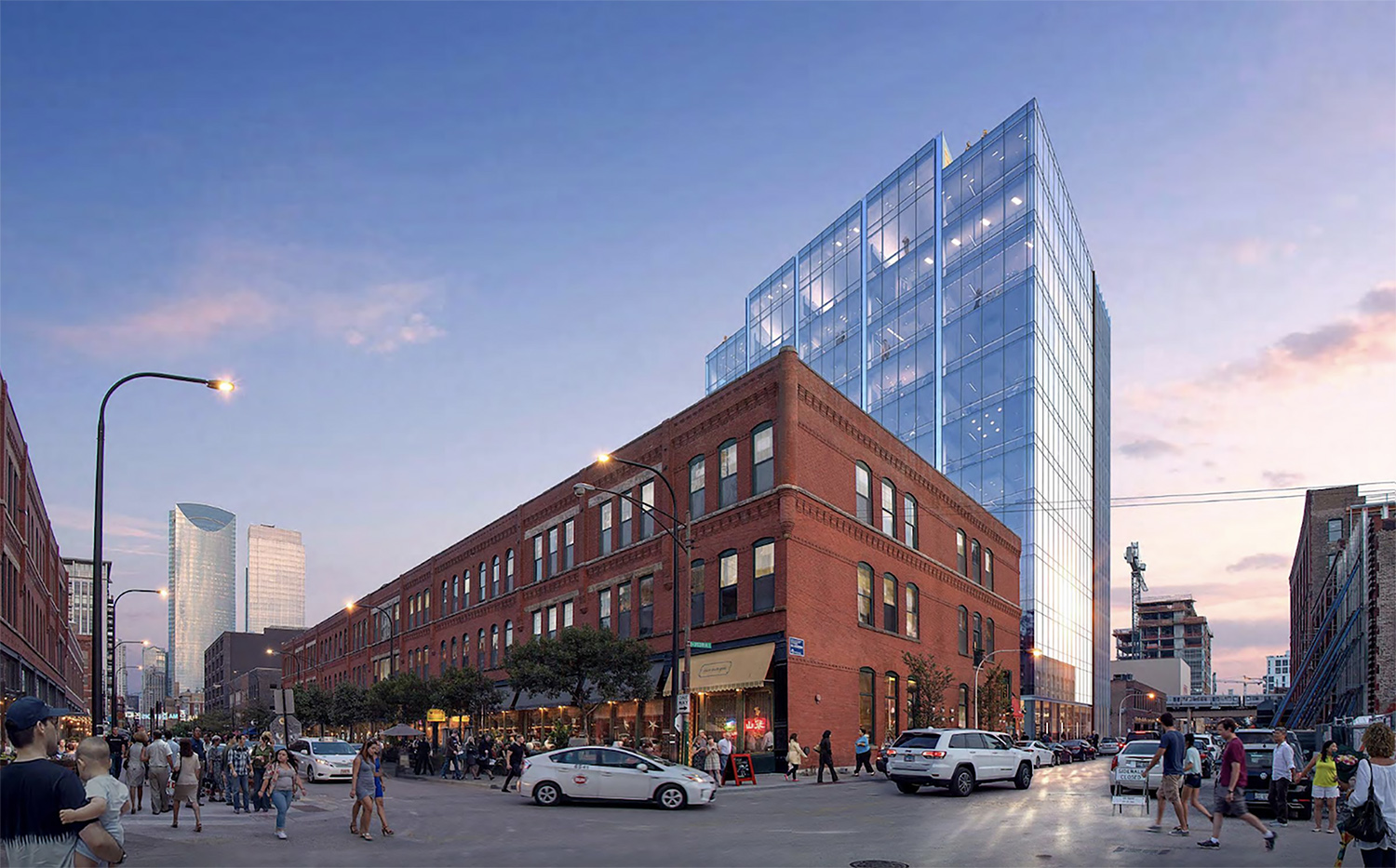 Exterior work is nearing completion on Fulton East, a 12-story mixed-use building at 215 N Peoria Street in the West Loop. Located on an interior lot between W Fulton Market and W Lake Street, the project is designed by architect Lamar Johnson Collaborative and developed by Parkside Realty, Inc and Clayco.

Demolition permits have been filed for a triangular lot at 1983 N Clybourn Avenue, at the north end of the three-way intersection of N Clybourn Avenue, W Cortland Street, and N Racine Avenue. The site lies at the western edge of Lincoln Park, between the Sheffield Neighbors and Ranch Triangle sub-neighborhoods. 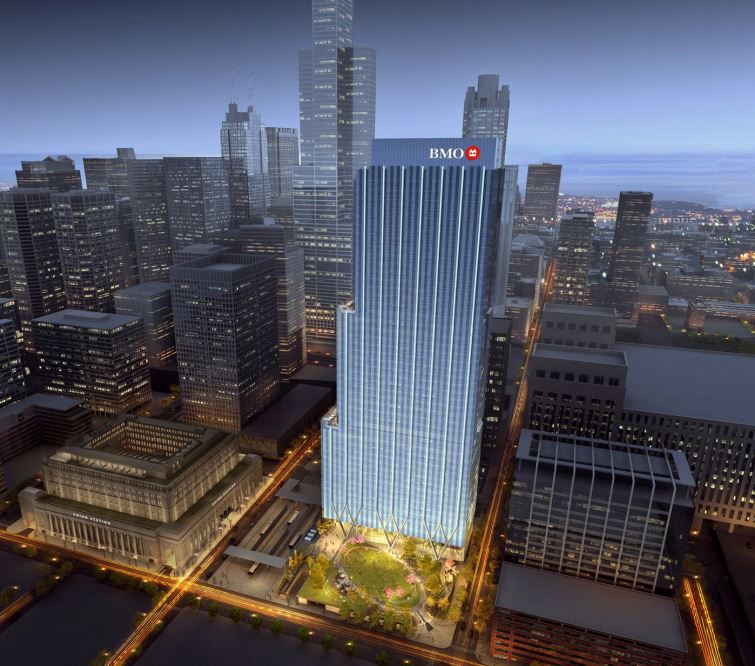