Structural work has now passed the ninth floor for the 41-story residential tower known as The Reed, located directly north of River City Apartments in South Loop. Under the address 234 W Polk Street, this new high rise is part of a large master plan known as Southbank. With Lendlease as the developer, this scheme includes the completed development “The Cooper” adjacently west, alongside a host of new public park spaces. Future plans include a pair of towers roughly the same height as The Reed, connected by a podium at their base.

Brick cladding can be seen for Sterling Bay’s 345 N Morgan Street, an 11-story mixed-use development in Fulton Market. This 200,000-square-foot edifice will house a mix of ground-level retail and offices above. Prior to construction, the site was occupied by a low-rise masonry building. The replacing structure will measure 178 feet in height despite the relatively low floor count.

Demolition can be seen at the site of 4501 N Sheridan Road in Uptown. Formerly a single-story masonry commercial building, the clearing of this structure will give rise to a new five-story mixed-use replacement. This new building will be addressed as 948 W Sunnyside Avenue, and has been planned by Mavrek Development. Programming will comprise of 59 residential units atop a ground-level lobby and retail space. 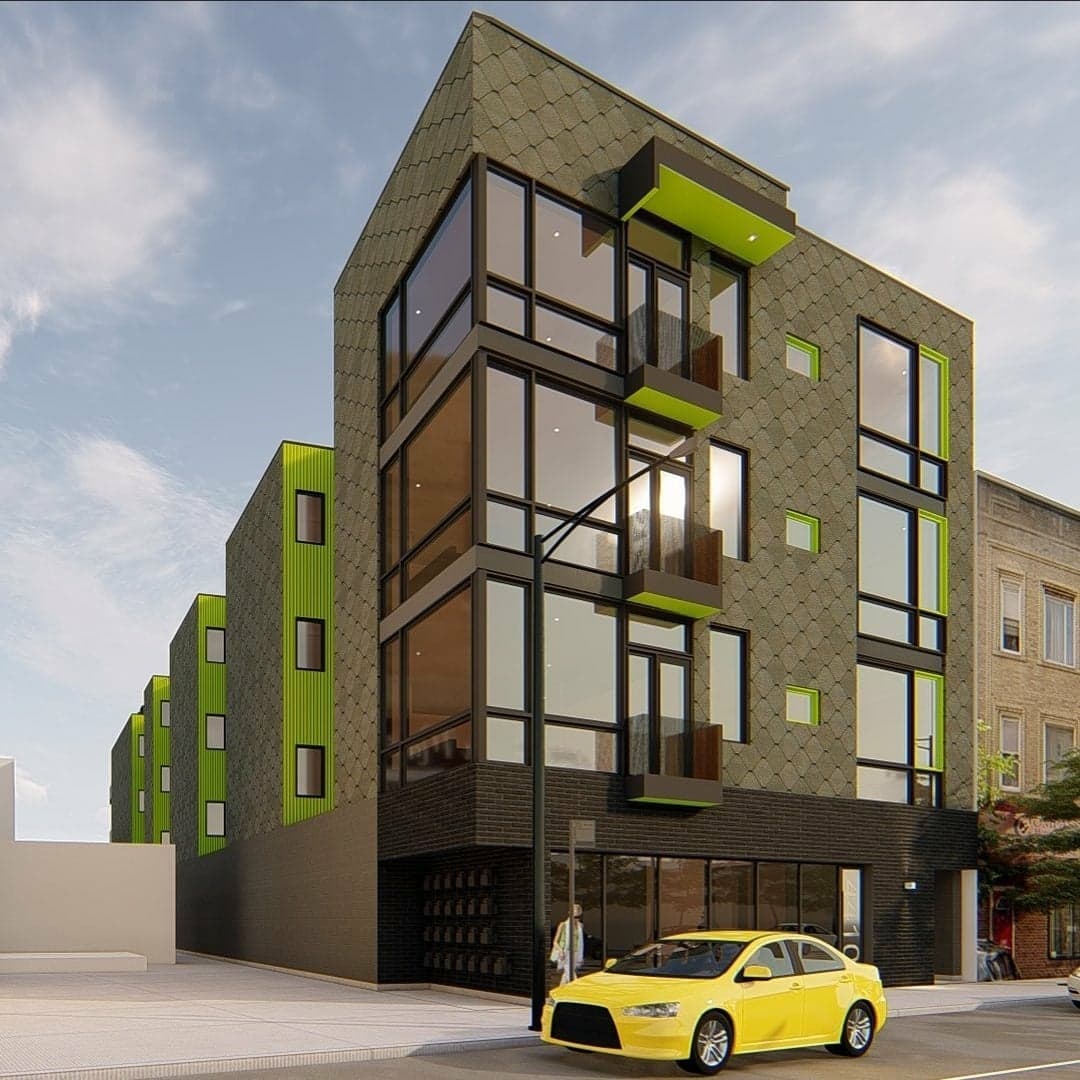 Work on the exterior walls continues to progress for 4410 N Clark Street, a four-story development in Uptown. With Stan Bernshteyn as the developer, the scope of the mixed-use project includes 25 apartment dwellings atop ground-floor retail.