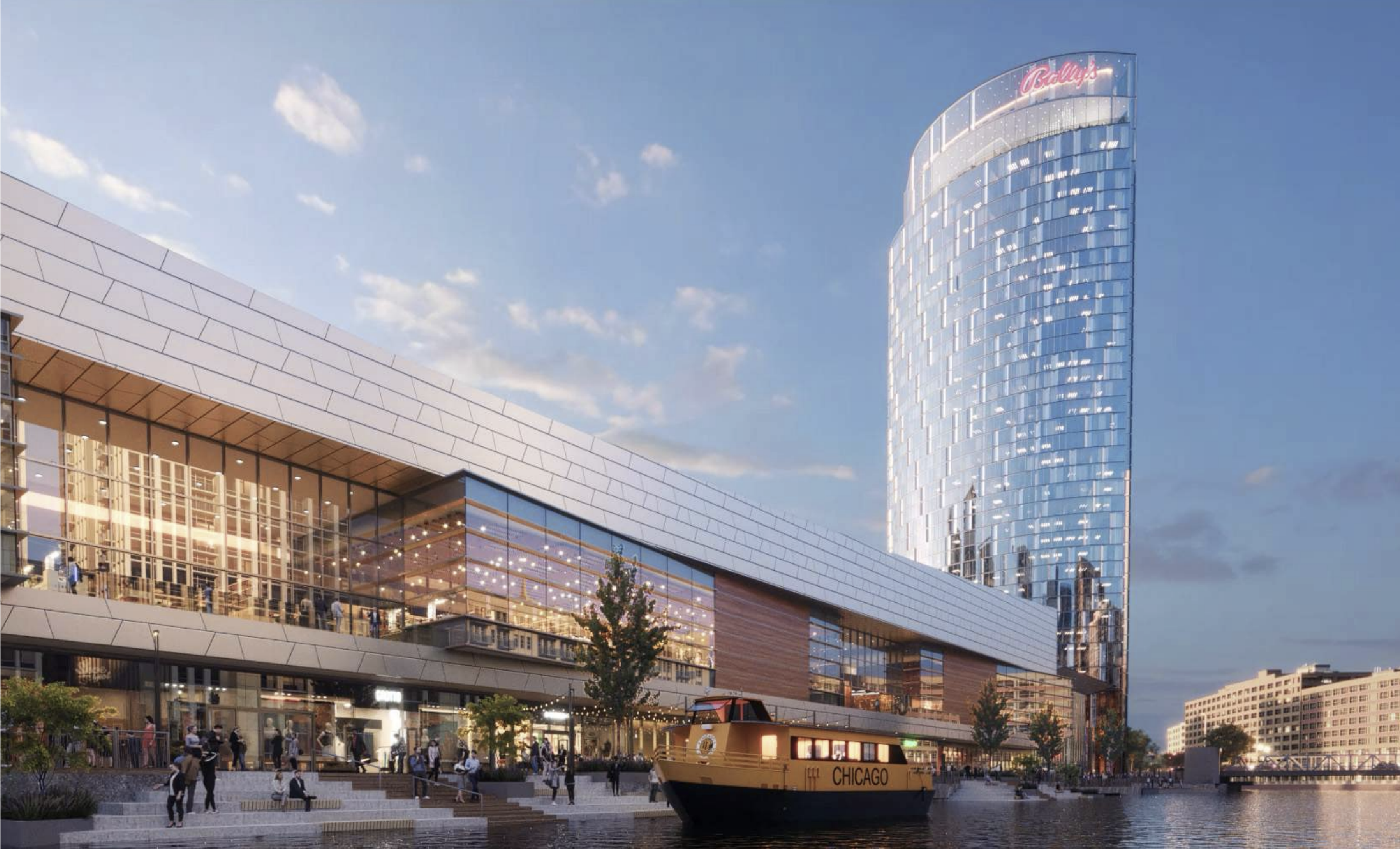 Updated plans have been revealed for the upcoming Bally’s casino at 777 W Chicago Avenue in River West for the Committee on Design. Located on the corner with N Halsted Street, the new development replaces the existing vacant Chicago Tribune print facility after a multi-year selection process. The project itself is being developed by Rhode Island-based Bally’s who recently sold their Las Vegas strip property, they have partnered up with local architecture firm SCB on the design which has seen further development since we last covered the riverfront proposal.

With tower cranes now installed and foundation work well underway, the planned Obama Presidential Center is approaching vertical construction in Jackson Park. Planned by The Obama Foundation, the three-building master plan will house a museum revolving around the former president and his legacy, a community center known as The Forum, and a new branch of the Chicago Public Library. There will also be a parking garage directly to the south.

The Chicago City Council has approved a residential development at 1805 N Hamlin Avenue in Logan Square as well as an industrial development at 1237 W Division Street in West Town. Both projects were recently approved by the Plan Commission as well late last month, they will now be able to apply for construction permits and schedule a forthcoming groundbreaking. 1805 N Hamlin Avenue is led by developer Latin United Community Housing Association (LUCHA), while 1237 W Division Street is being proposed by logistics developer LPC Division I.

The Chicago Plan Commission has approved updated plans for the residential development at 1805 N Hamlin Avenue in Logan Square. Located right off of the westernmost edge of the 606 trail, the new project replaces a one-story masonry-clad industrial building at the nexus of Logan Square, Humboldt Park, and Hermosa. Dubbed Encuentro Square, developer Latin United Community Housing Association (LUCHA) is working with Canopy Architecture and Site Design Group on the project, which has received some edits from the last time YIMBY reported on the design.