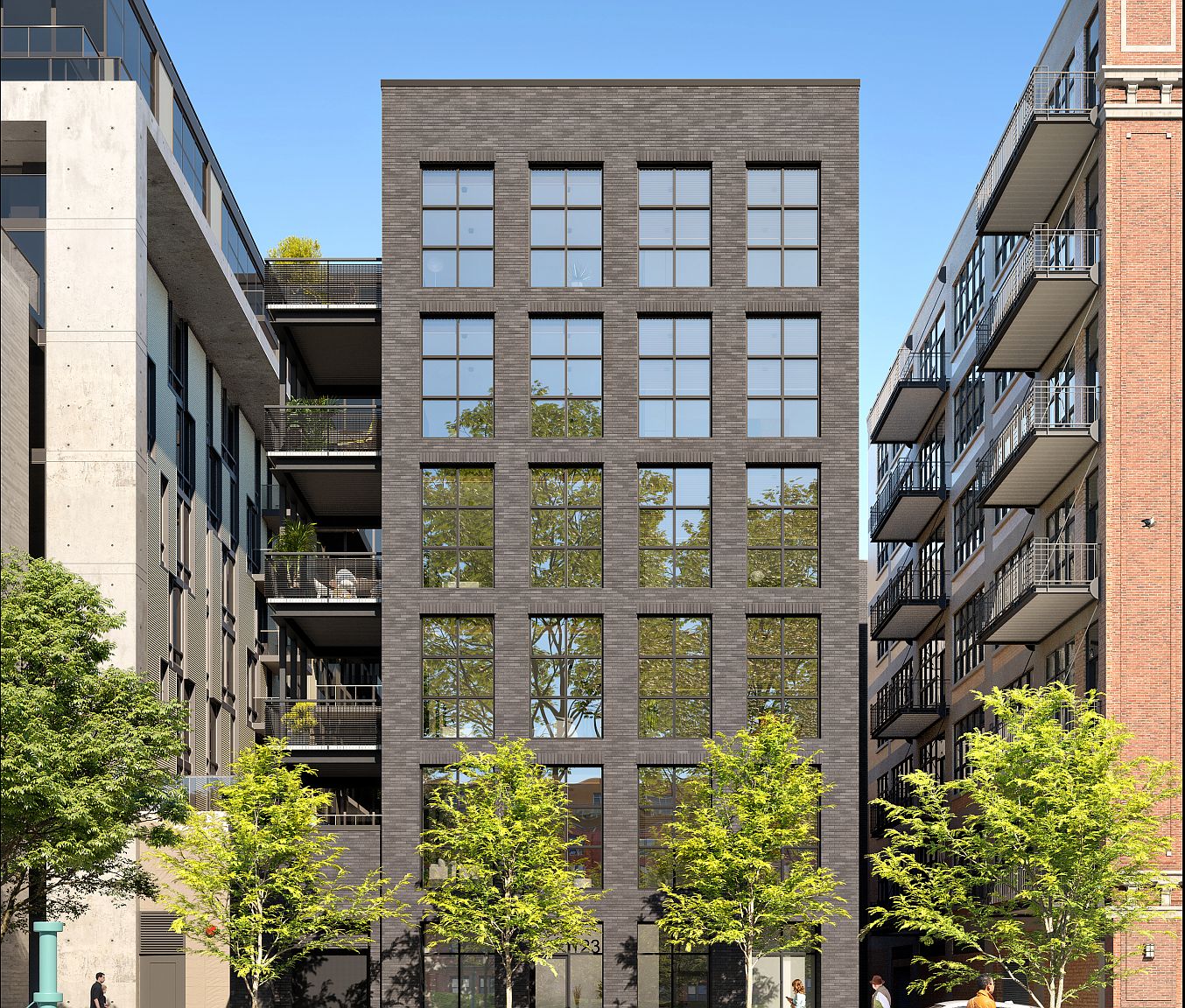 Work on the exterior wall has climbed the western face of the Peoria Green development, a six-story condominium project at 123 S Peoria Street in West Loop. Planned by ZSD Corporation, the building squeezes within an irregularly shaped lot, requiring it to split into adjacent east and west wings. ZSD Corporation plans for 17 units spread across its 70,000 square feet, ranging from four- to five-bedrooms. Prices range between $1.8 million and $3 million, according to the development website which also lists units are 90 percent sold. In January Crain’s reported that given the unexpected demand in sales, the developers altered the original programming to include more higher-priced units. 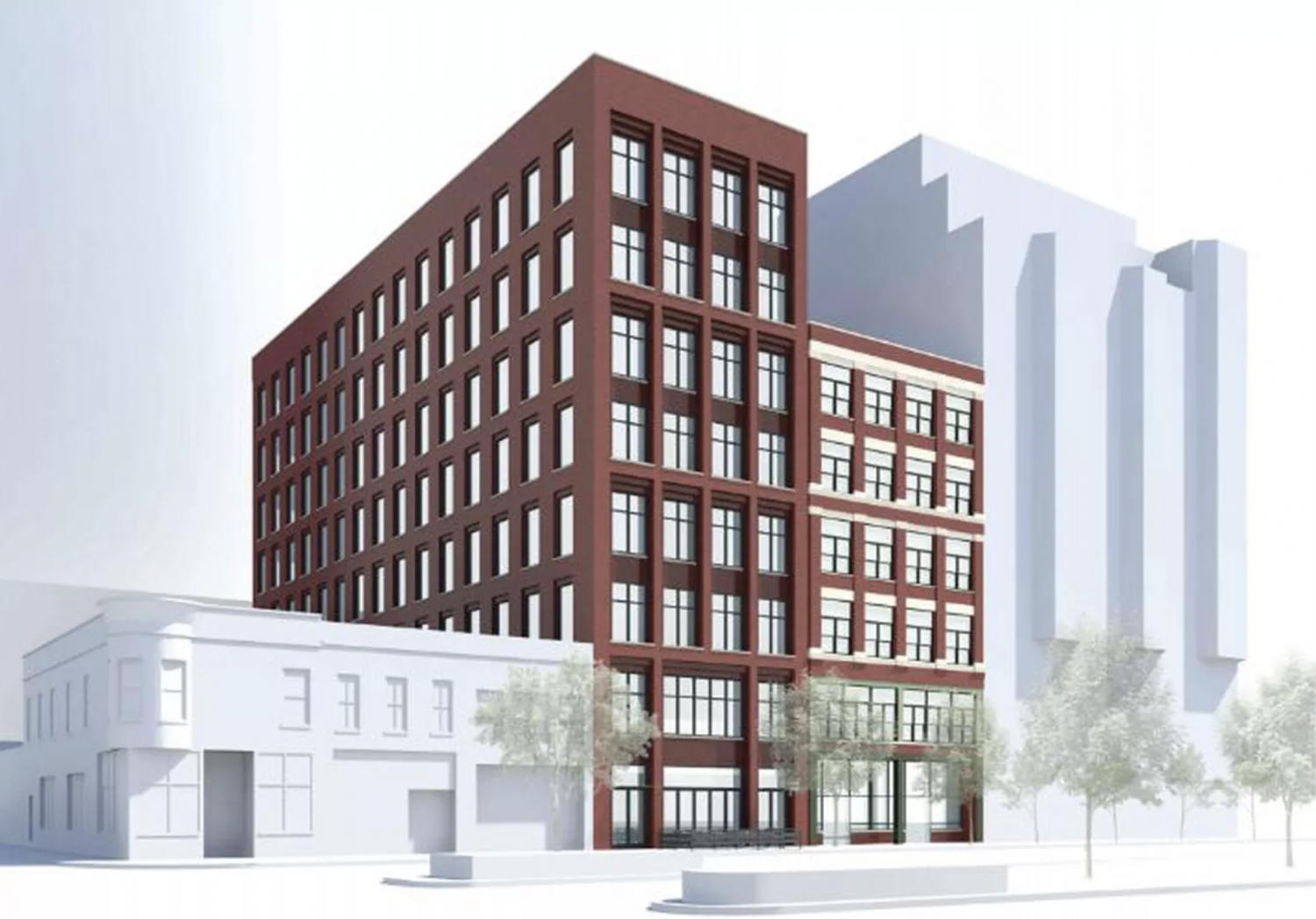 Permit revisions have been made for a nine-story office building addition at Fulton Market‘s 732 W Randolph Street, where the development will integrate both programmatically and architecturally with an existing six-story masonry office building. The new wing will be owner-occupied by 730 Randolph, LLC. 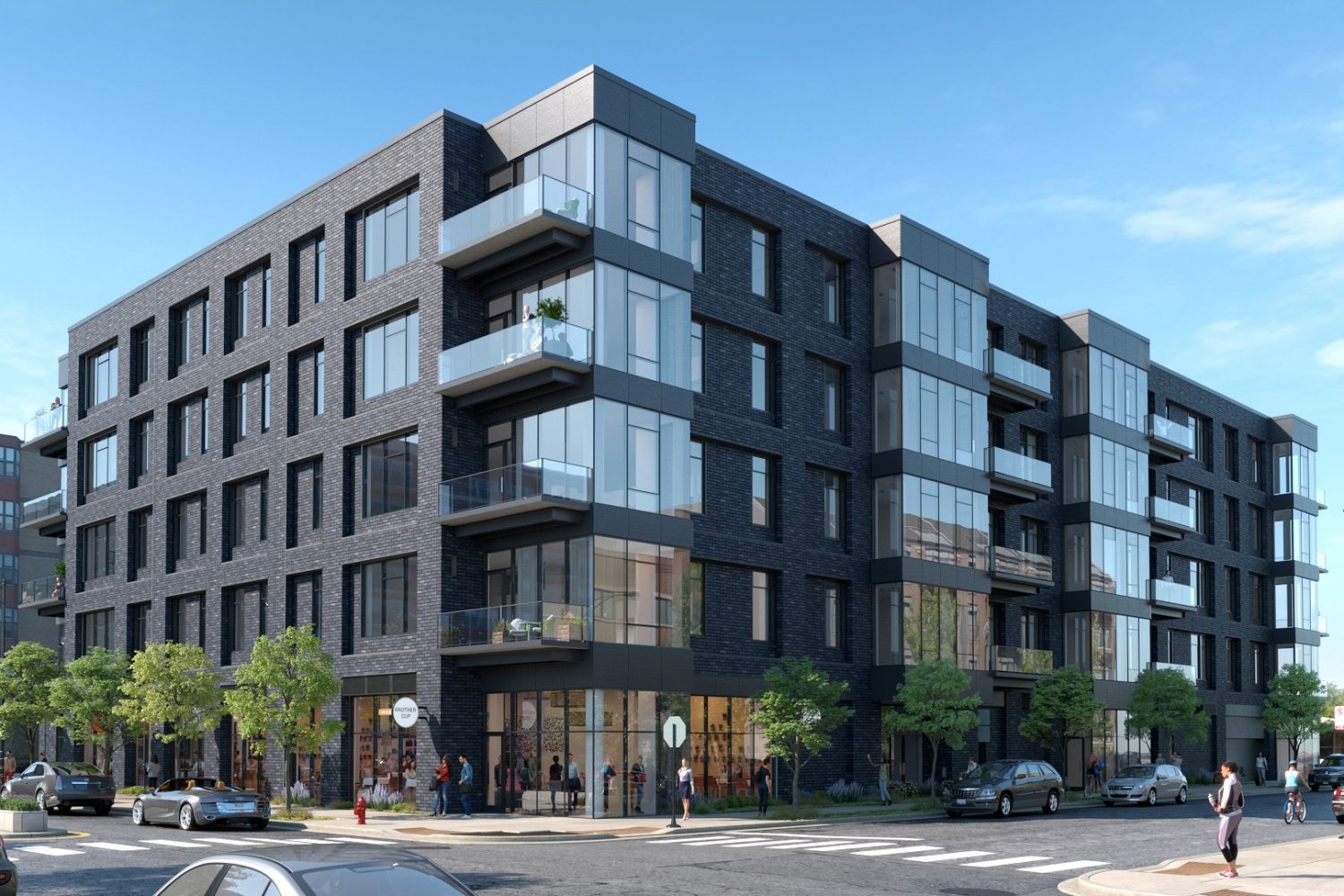 Exterior work is wrapping up at EVEQ West Loop, a five-story mixed-use development at 14 N Bishop Street in West Loop.