Facade work is progressing rapidly toward completion for Triangle Square, a major three-part development located along the North Branch Corridor in Bucktown. 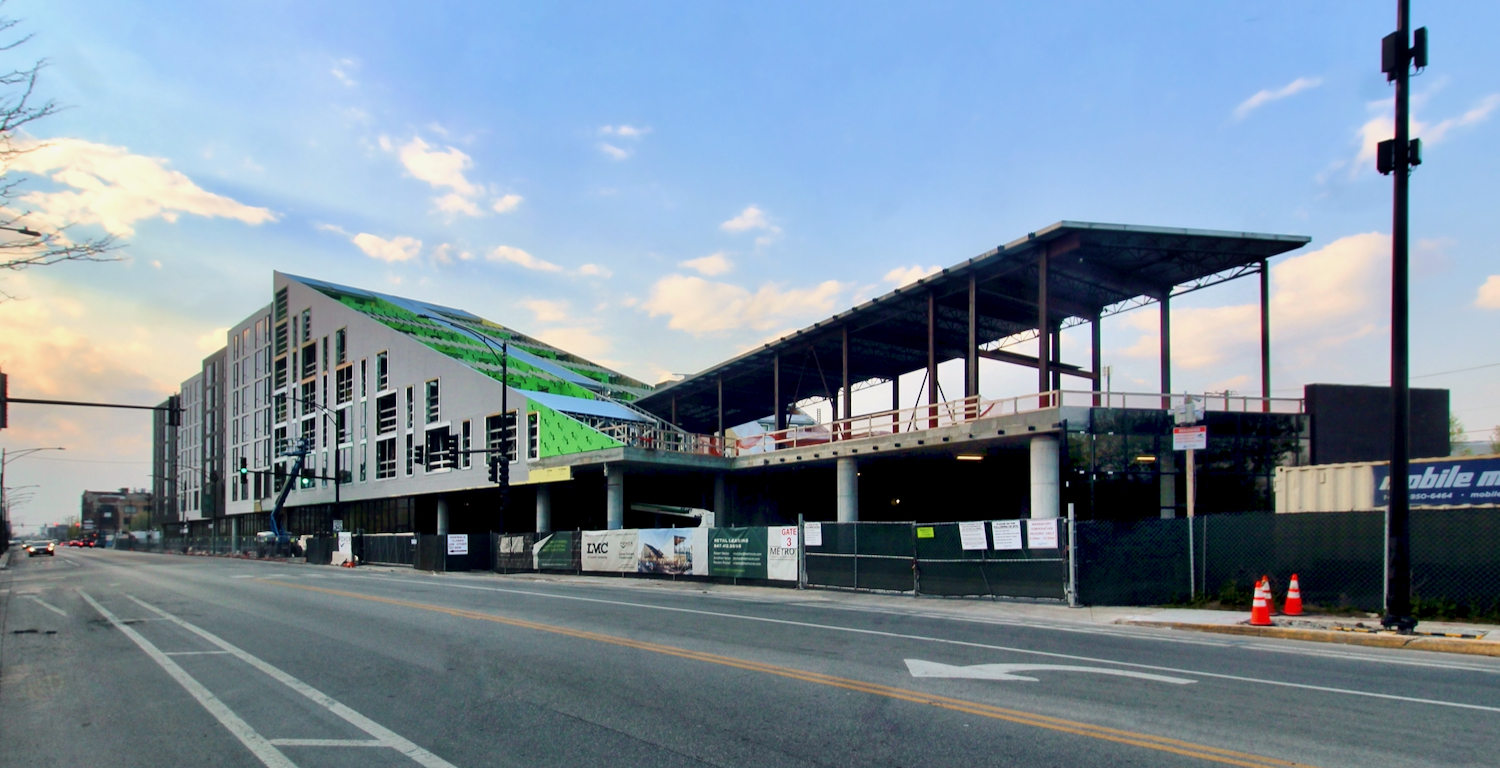 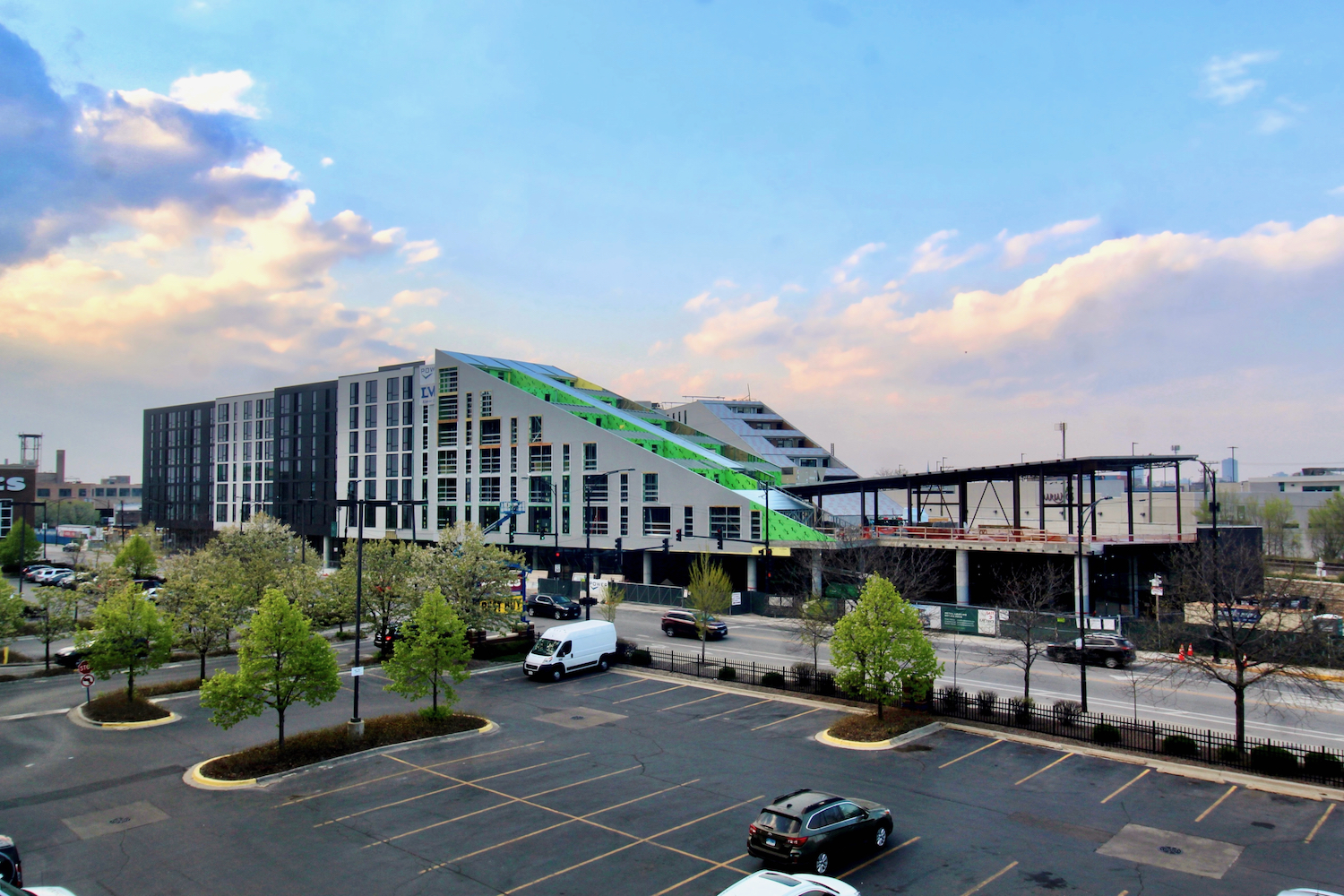 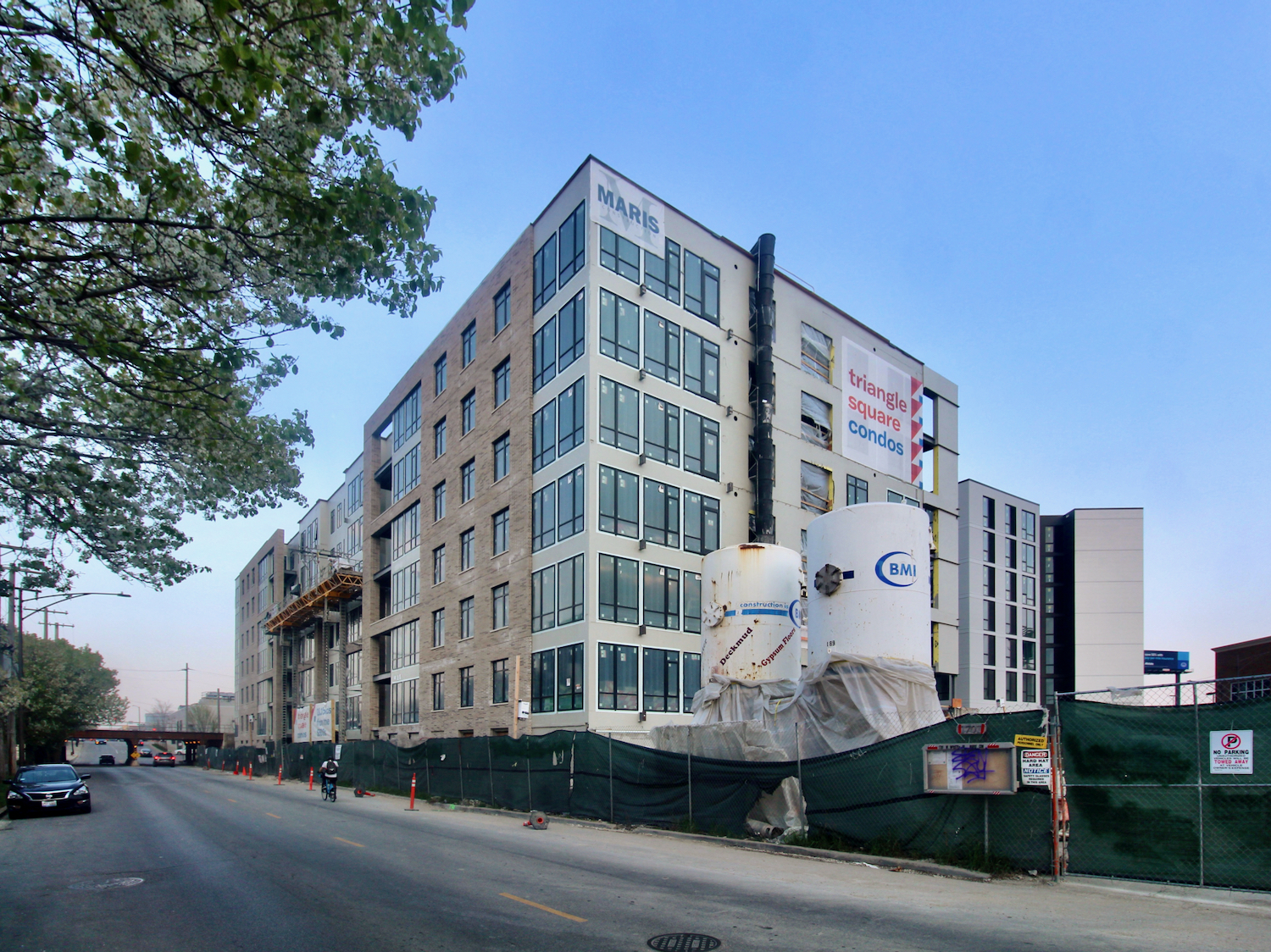 Co-developed by Belgravia Group and LMC, the triangular lot will be occupied by three buildings: a seven-story apartment and retail complex at 2155 N Elston Avenue, a seven-story condominium building at 1701 W Webster Avenue, and a two-story commercial building along Elston Avenue. The triangular-shaped lot is bound by Webster Avenue on the north, Elston Avenue on the west, and the Union Pacific rail tracks to the east. Prior to development, the site was occupied by several concrete and grass lots, as well as multiple vacant masonry buildings. 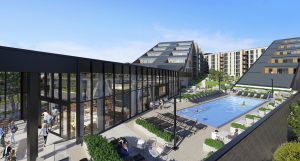 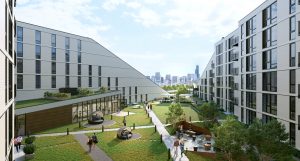 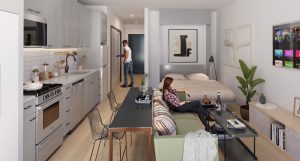 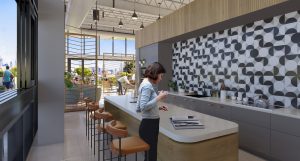 The largest of the three buildings will comprise of 21,000 square feet of ground-level retail and 298 apartments, ranging from studios to two-bedrooms. In-unit features include pebble oak laminate flooring, Essex quartz countertops, Whirlpool stainless steel appliances, and Moen fixtures. Many of the units will also feature private balconies or larger terraces. The building itself will also feature extensive amenities, ranging from a fitness center and game room to co-working spaces and bike storage. Most notably, the building will be oriented around a 23,000-square-foot central terrace with a pool, a bacchii court, grills and firepits, open grass spaces, and multiple lounging areas. 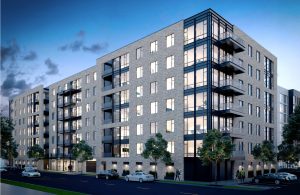 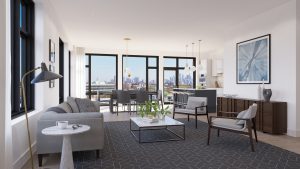 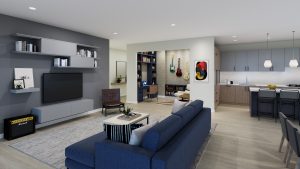 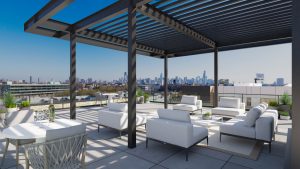 Meanwhile, the smaller condominium building will house a total of 72 units with 12 different floor layouts. According to the marketing website, two-bedroom units will begin at $618,000, three-bedrooms at $726,000, and three-bedrooms with an office at $951,000. Condominiums will also offer a wide range of features, including but not limited to 9’6″ ceiling heights, expansive windows, large private balconies, wide plank wood flooring, recessed lighting, Bosch kitchen appliances, and quartz countertops. Condominium residents will have access to their own set of amenities, such as a rooftop deck with city views and an outdoor kitchen, a fully-equipped fitness room, EV charging stations, and bike storage. 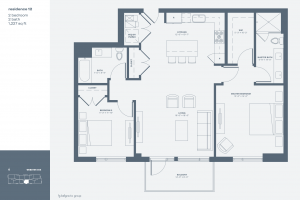 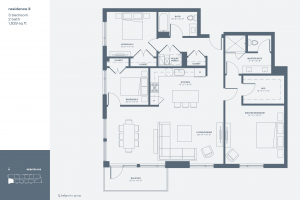 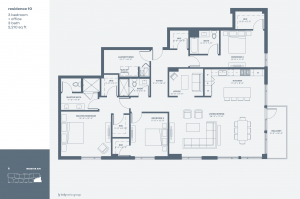 The third building will span 35,000 square feet and house retail on the ground floor and office space on the second floor. Currently, no work has been completed for this component, and it is unclear when the building will complete. 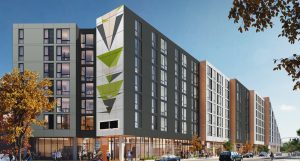 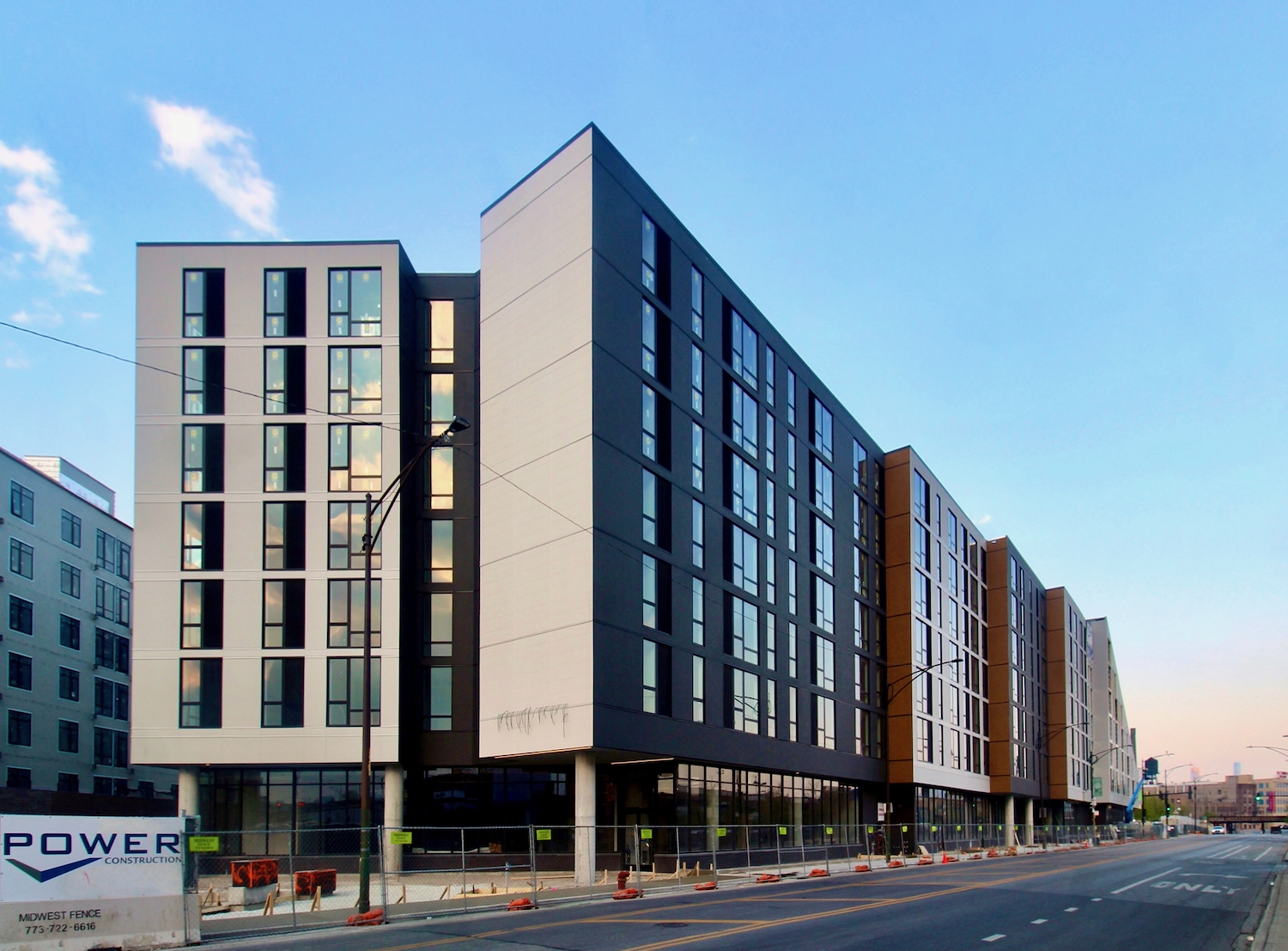 Lamar Johnson Collaborative is behind both the masterplan and each of the building designs. The firm’s plans for 2155 N Elston Avenue involve a unique sloped massing atop a triangular footprint that conforms to the site. The first floor will integrate brick cladding with a glass and aluminum storefront system, while the remaining floors will be wrapped in a mix of fiber cement and metal paneling. The sloped roof portions will also wrap around a series of private terraces. The condominium portion at 1701 W Webster avenue will have a more traditional rectangular massing, with a facade made of brick and metal paneling. The remaining commercial building will also be triangular to fit to the corner of Elston & Webster, with an envelope made up of glass and aluminum on the ground-level and metal paneling and fiber cement on the second floor. 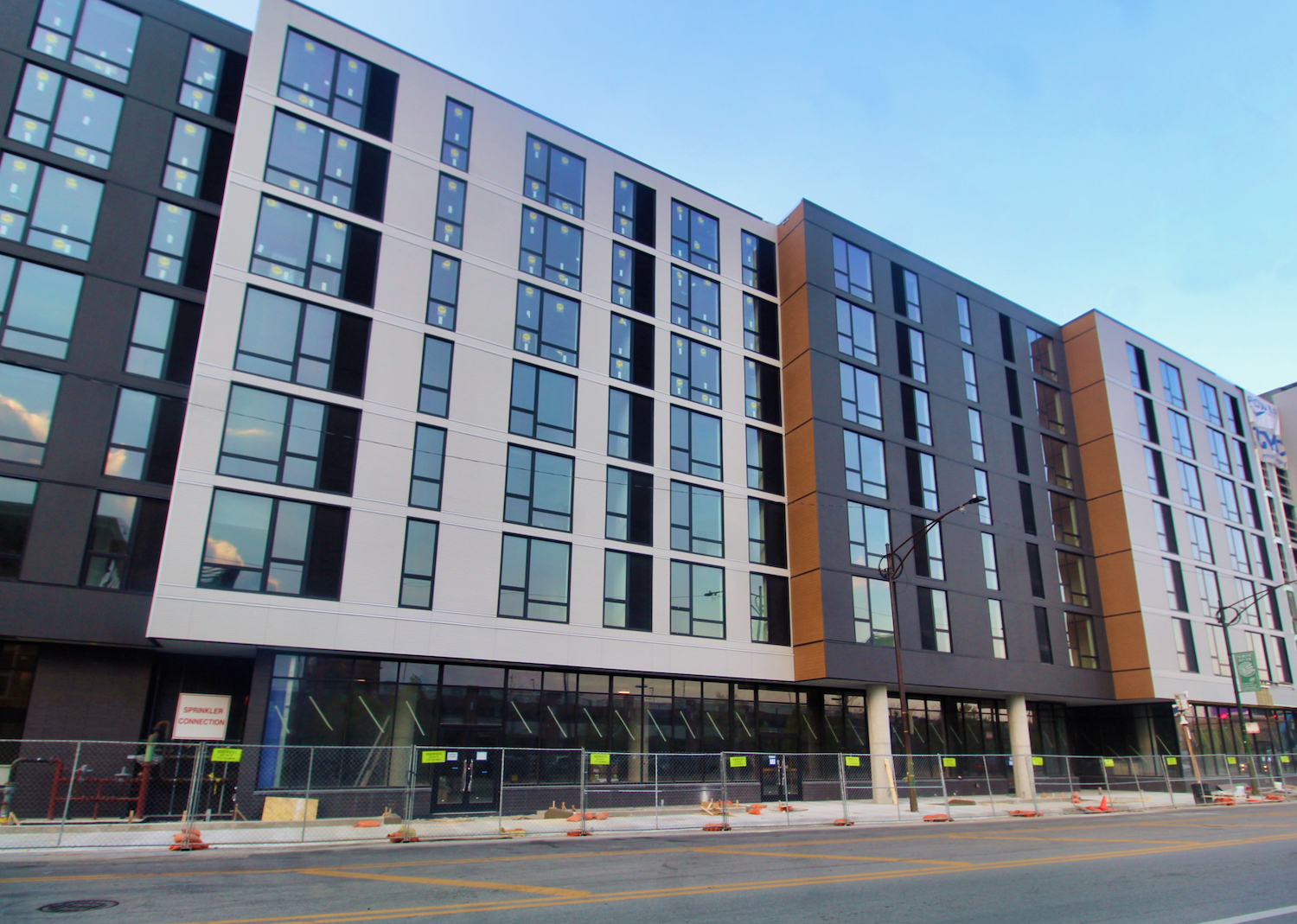 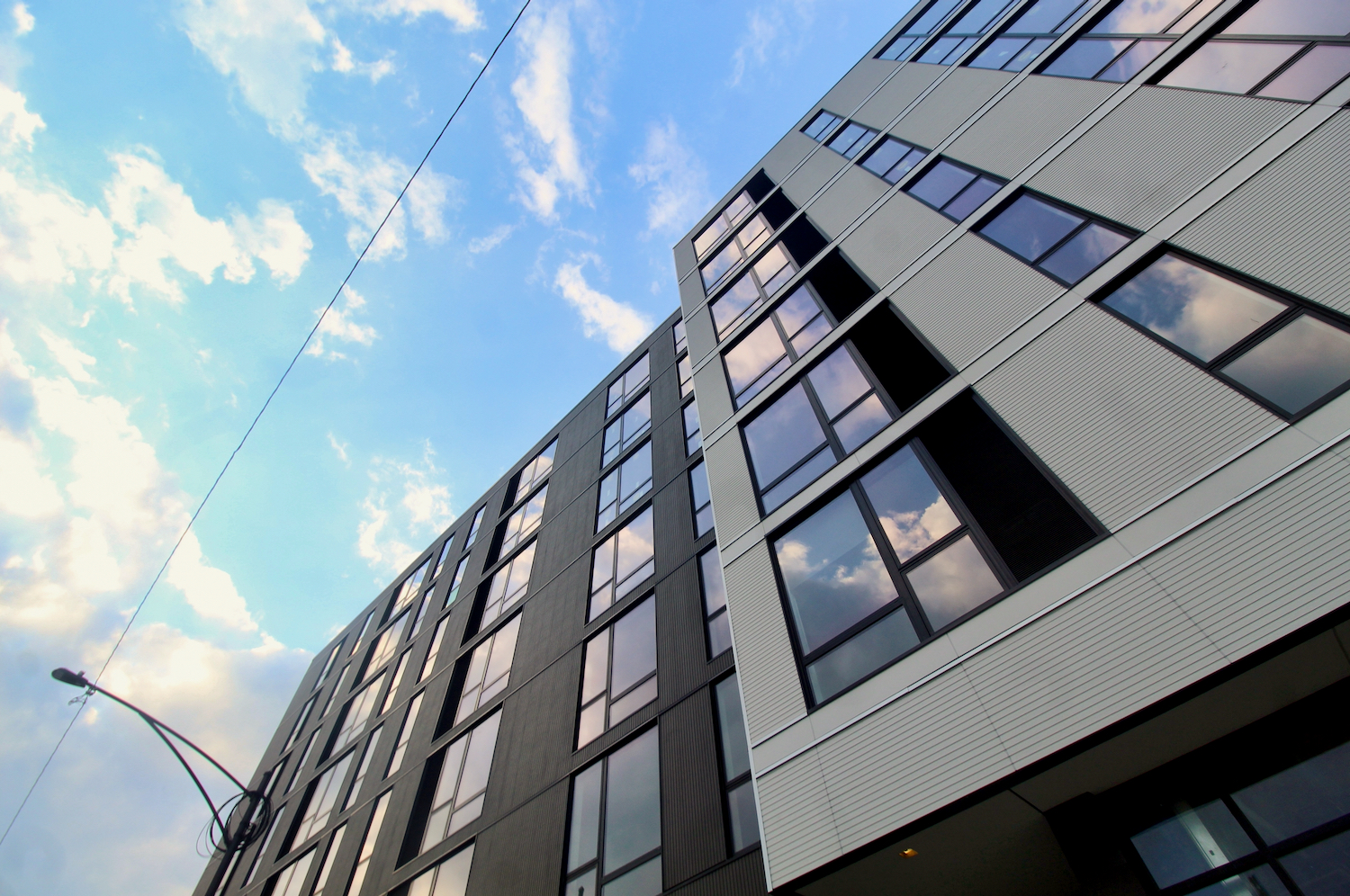 Though the exact figure has not been confirmed, most recent planning documents show 343 total parking spaces, split between 201 residential spaces and 142 commercial spaces. Other transportation options in the area include bus stops for Route 9 at the Ashland & Webster, Ashland & Armitage, and Ashland & Elston intersections, all within a five-minute walk. Also nearby are stops for Route 50, available via a seven-minute walk west to Damen & Webster. 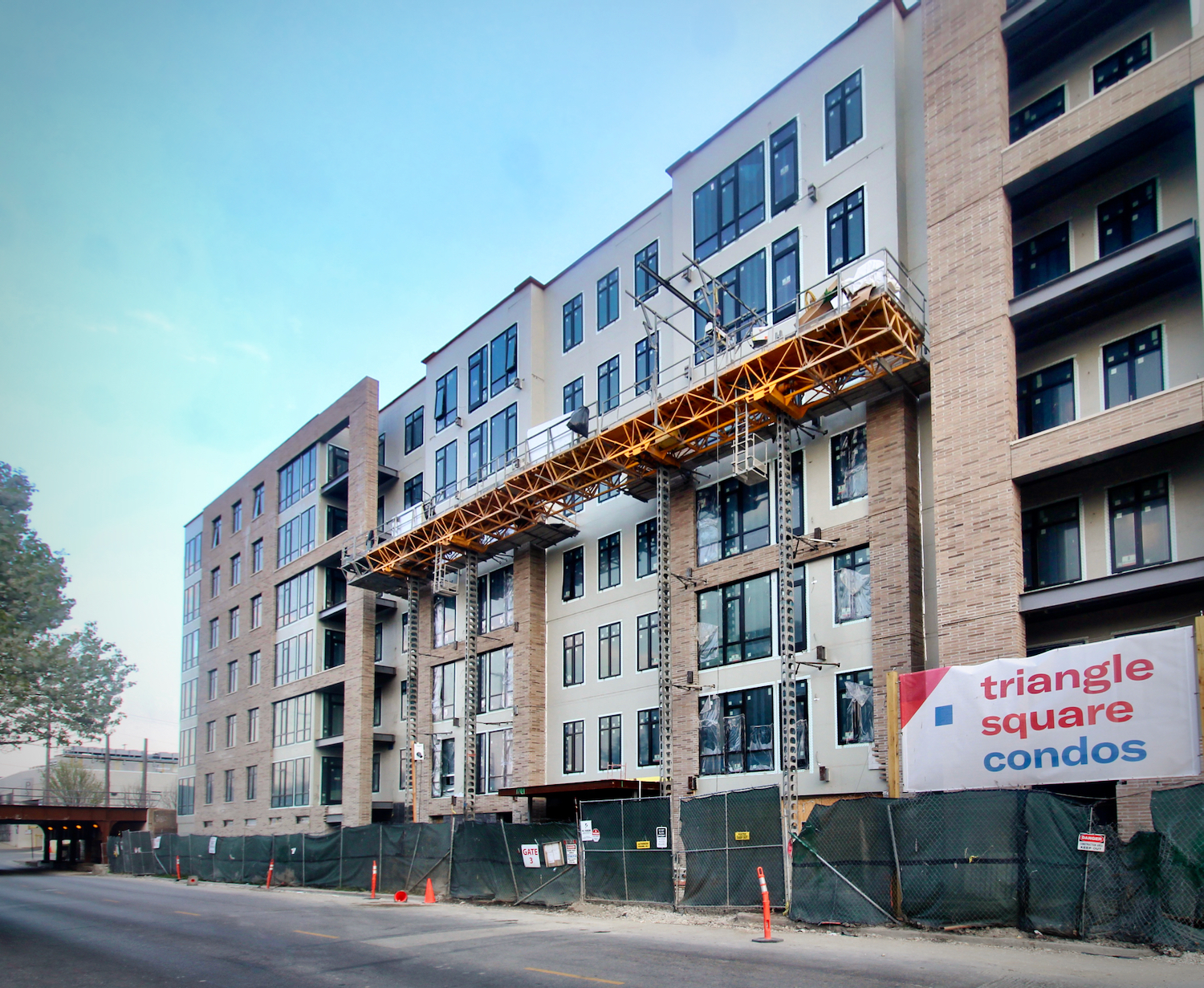 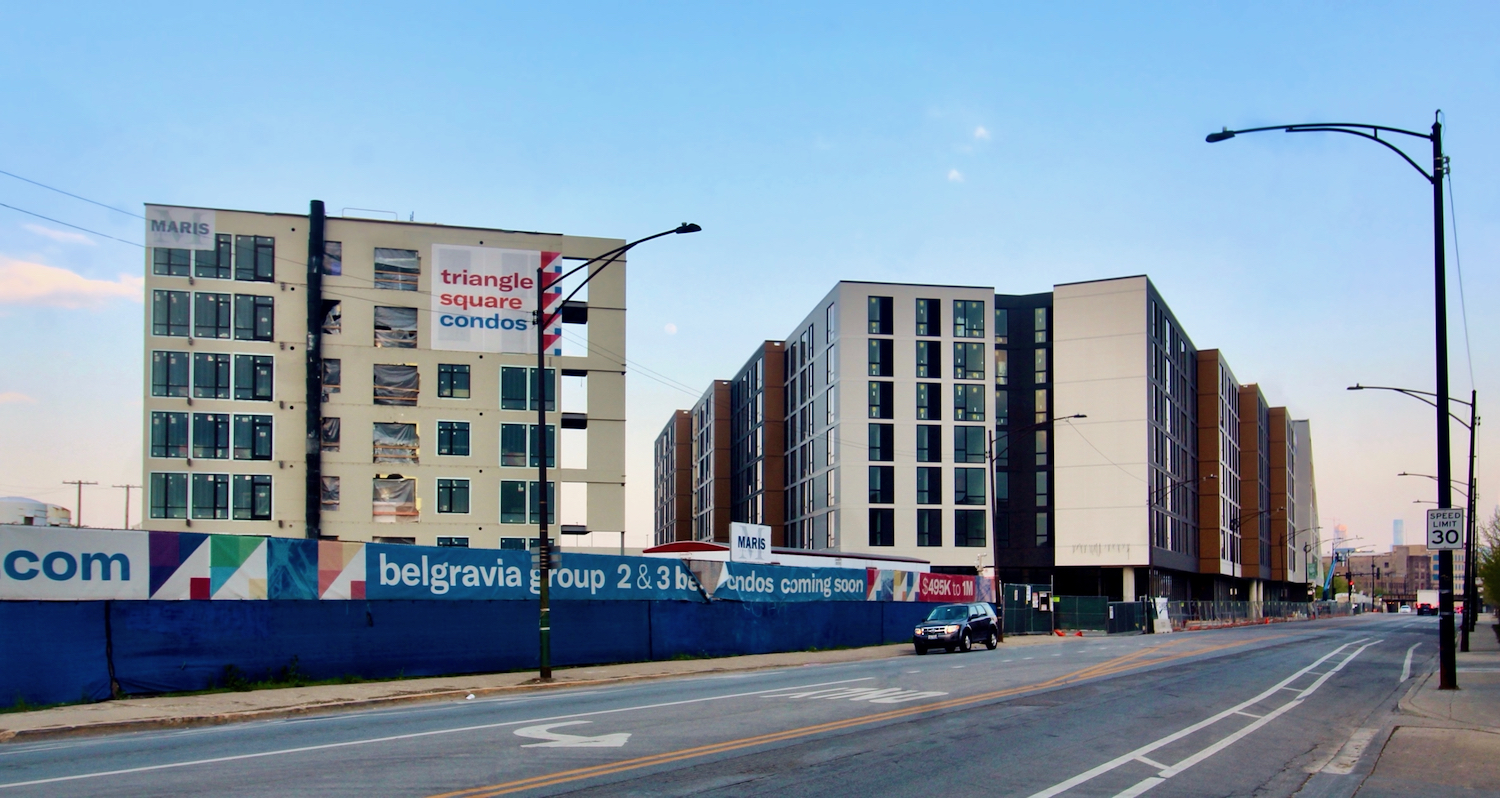 1 Comment on "Facade at Triangle Square Nears Completion in Bucktown"