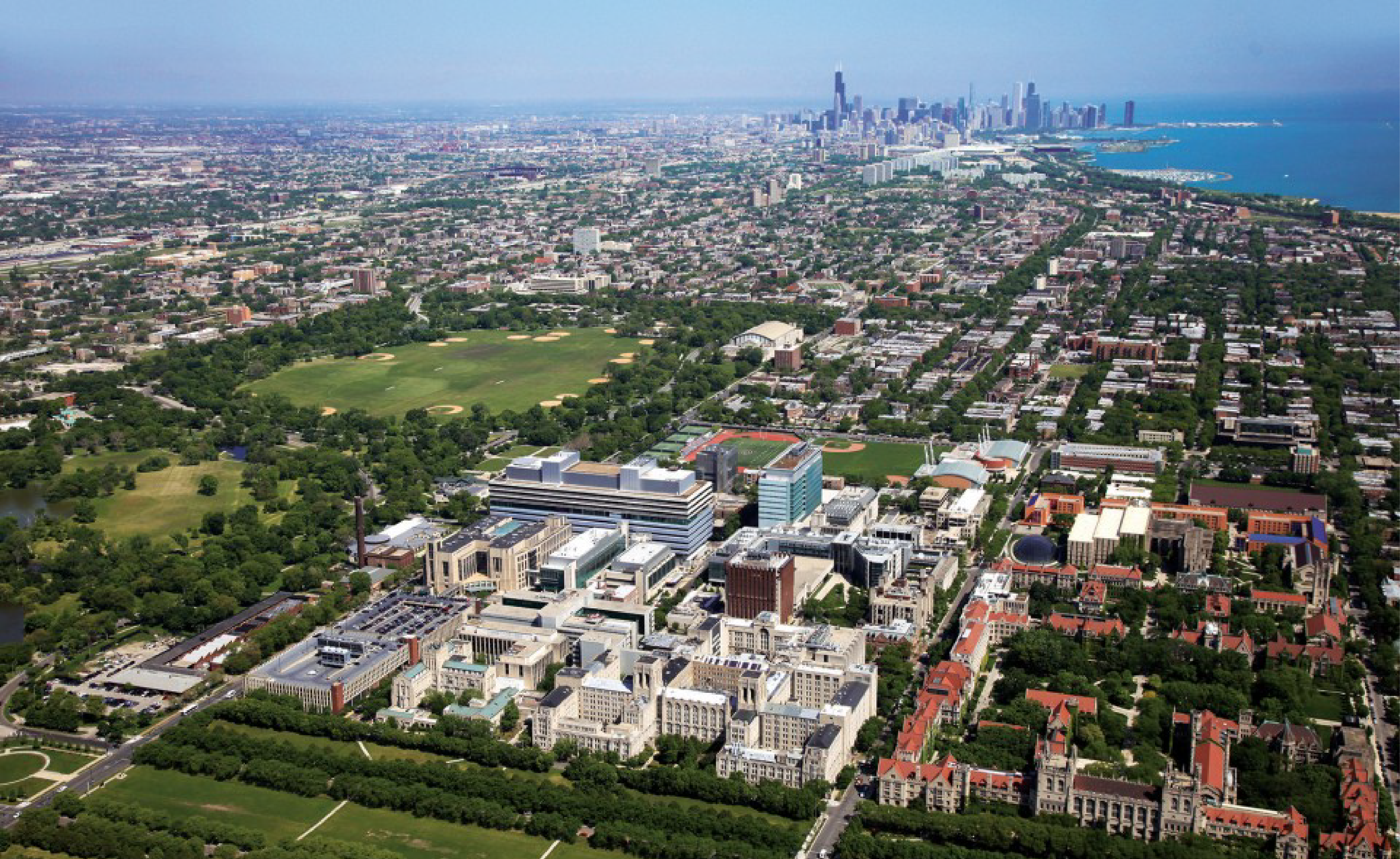 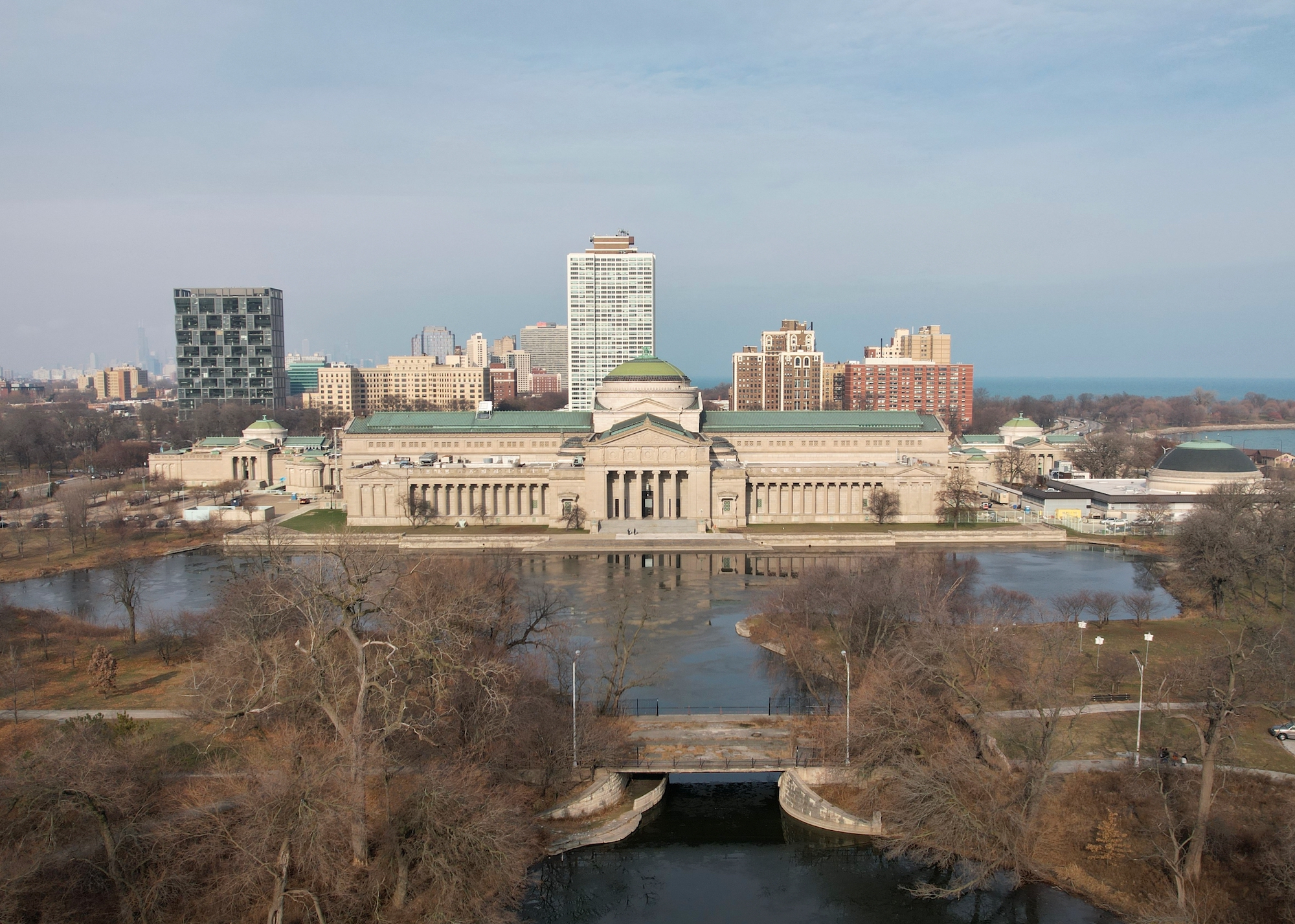 Exterior renovations can be seen making progress at the Museum of Science and Industry (MSI) at 5700 S Lake Shore Drive in Hyde Park. At the northern end of Jackson Park, just northeast of the now-underway Obama Presidential Center, this Beaux-Arts edifice is originally known as The Palace of Fine Arts, built for Chicago’s World Columbian Exposition in 1893. The building was designed by Charles Atwood for the Chicago-based firm D. H. Burnham & Co, originally founded by Daniel Burnham and John Root. Standing as a centerpiece to the original exposition plan, the structure was the only one within the fair grounds to utilize a brick substructure underneath its plaster facade. 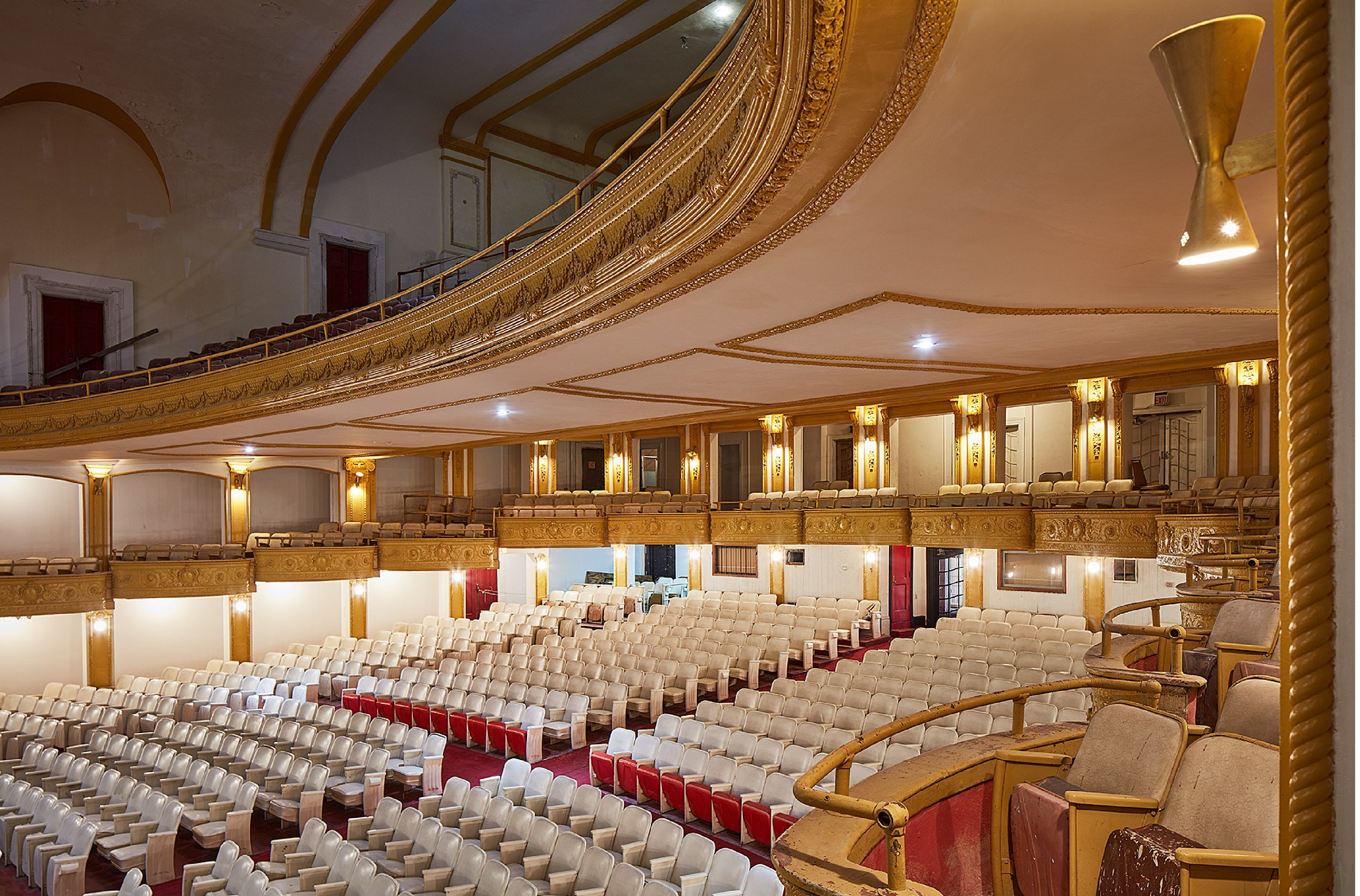 Preservation Chicago has nominated seven new sites for landmark status with the Commission on Chicago Landmarks. The seven locations are spread out across the city and represent multiple architectural styles, typologies, and scales that hold significance to the city and its historical legacy.

Site prep can be seen progressing for the Obama Presidential Center, a three-building masterplan by The Obama Foundation now underway in Hyde Park. The project will occupy a portion of Jackson Park’s western edge, and will be oriented around a central plaza space that will accommodate planned events and public artwork. Tod Williams Billie Tsien Architects and Interactive Design Architects will serve are the architects involved in the building design, while Michael van Valkenburgh Associates, Site Design Group, and Living Habitats have overseen the landscape architecture. 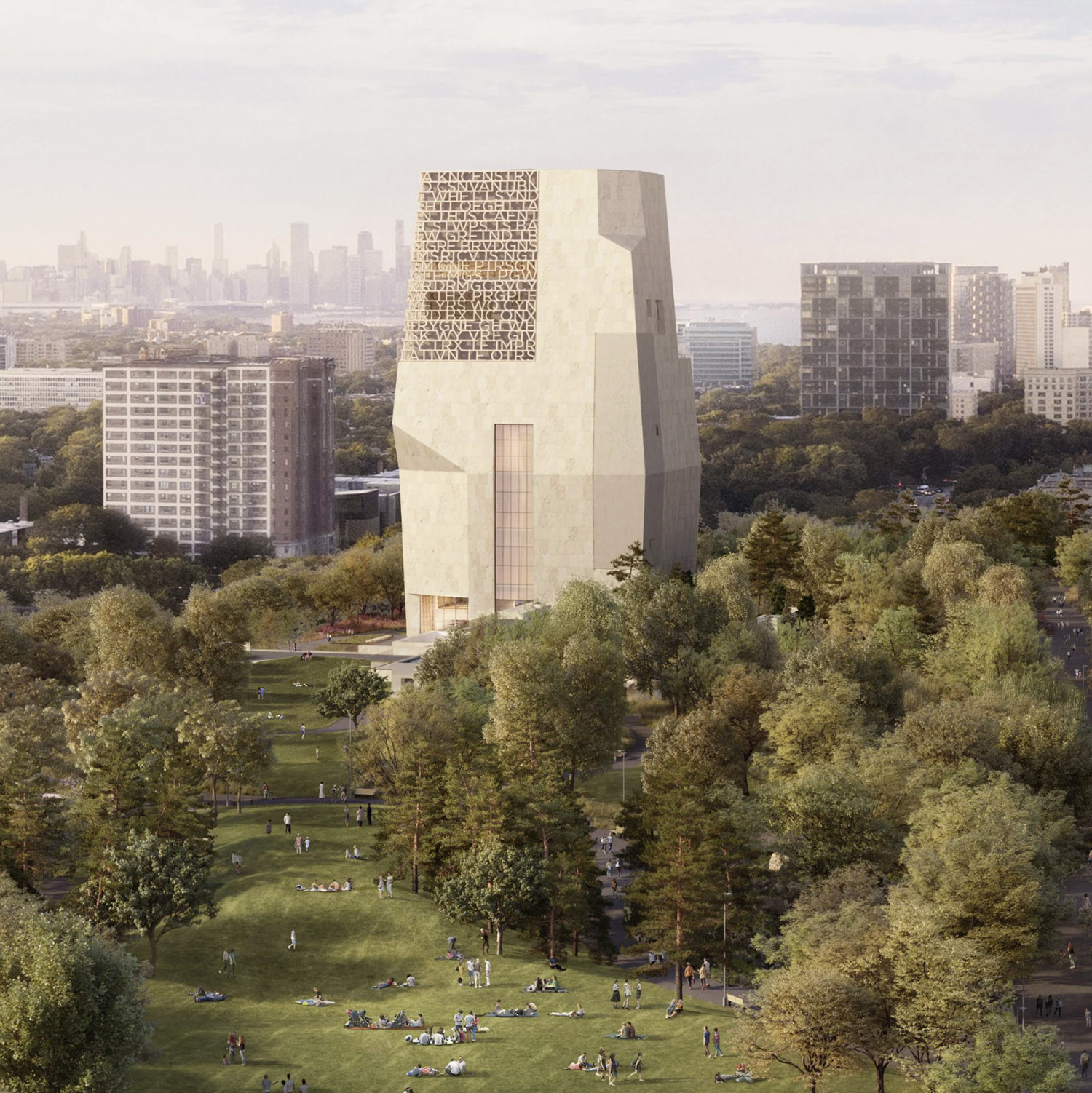 Several caisson and site-clearing permits were issued this week for the Obama Presidential Center, a multi-building educational and cultural center planned by The Obama Foundation. Located in the Hyde Park neighborhood and set to occupy a portion of Jackson Park, the complex will contain three main buildings around a central plaza space. This plaza area will be able to host planned events and public artwork.