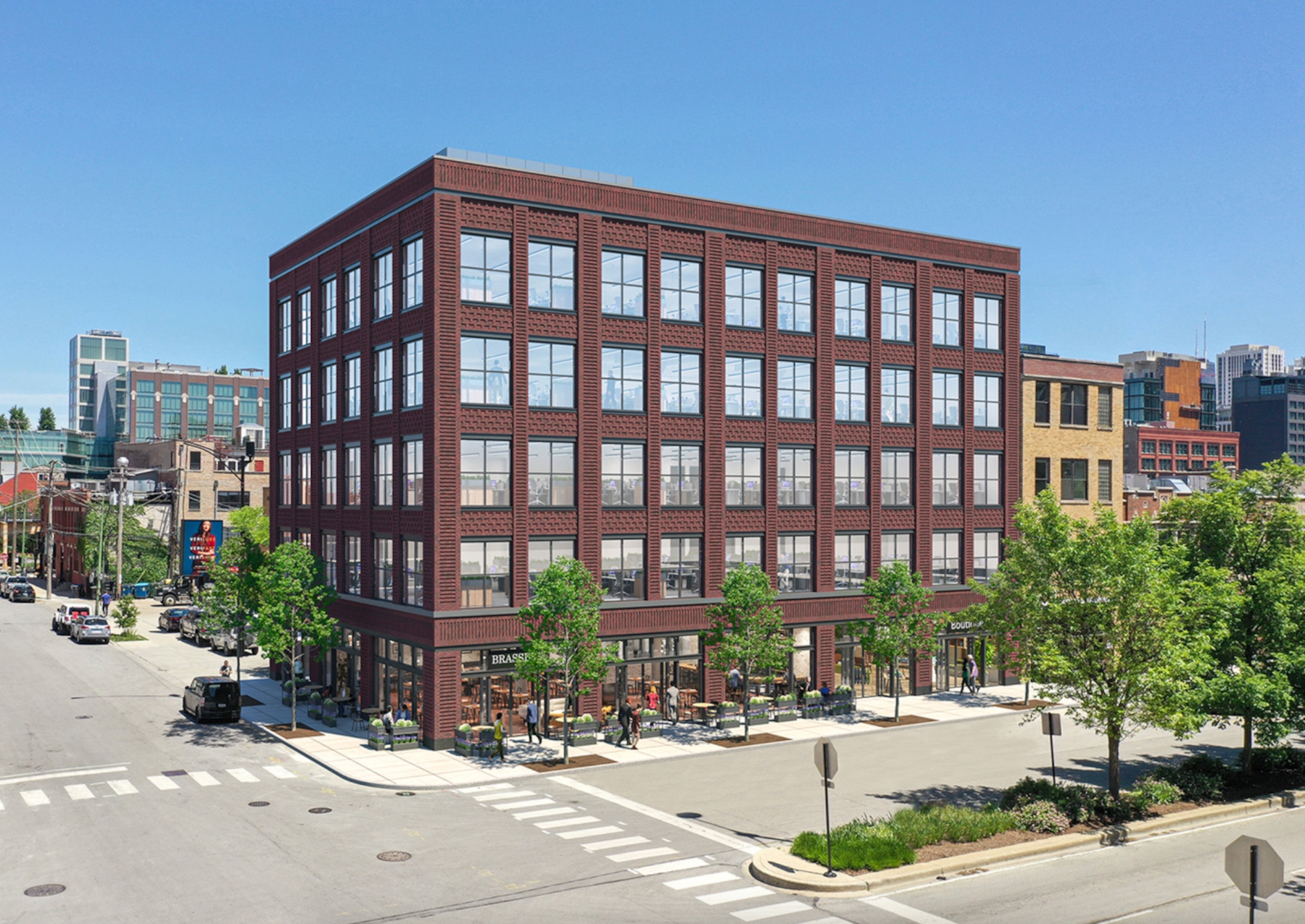 In West Loop‘s Fulton Market District, the site of 1020 W Randolph Street is now undergoing preparation for a five-story mixed-use building. This boutique 69-foot-tall project is being developed by L3 Capital, whose planned programming will consist consists of ground-floor retail with 22,000 square feet of office space above. There will also be a sixth-level amenity area with a penthouse enclosure and a 2,000-square-foot terrace.

This week, final exterior touches could be seen for the metamorphosis of a former bank building at 932 W Randolph Street in the Fulton Market District.

Facade progress is rapidly taking shape for 932 W Randolph Street, a redevelopment of a former three-story bank in West Loop‘s Fulton Market. The development involves the re-skin of the existing structure, and a new three-level connected addition that will take on the same design. L3 Capital is the developer behind the 35,000-square-foot project, whose programming will be entirely commercial. Recent reports have confirmed that a new showroom for the electric carmaker Rivian will occupy the building. Last year, L3 Capital received approval to convert the existing zoning designation of the property from C1-2 neighborhood commercial district to DX-5 mixed-use district. 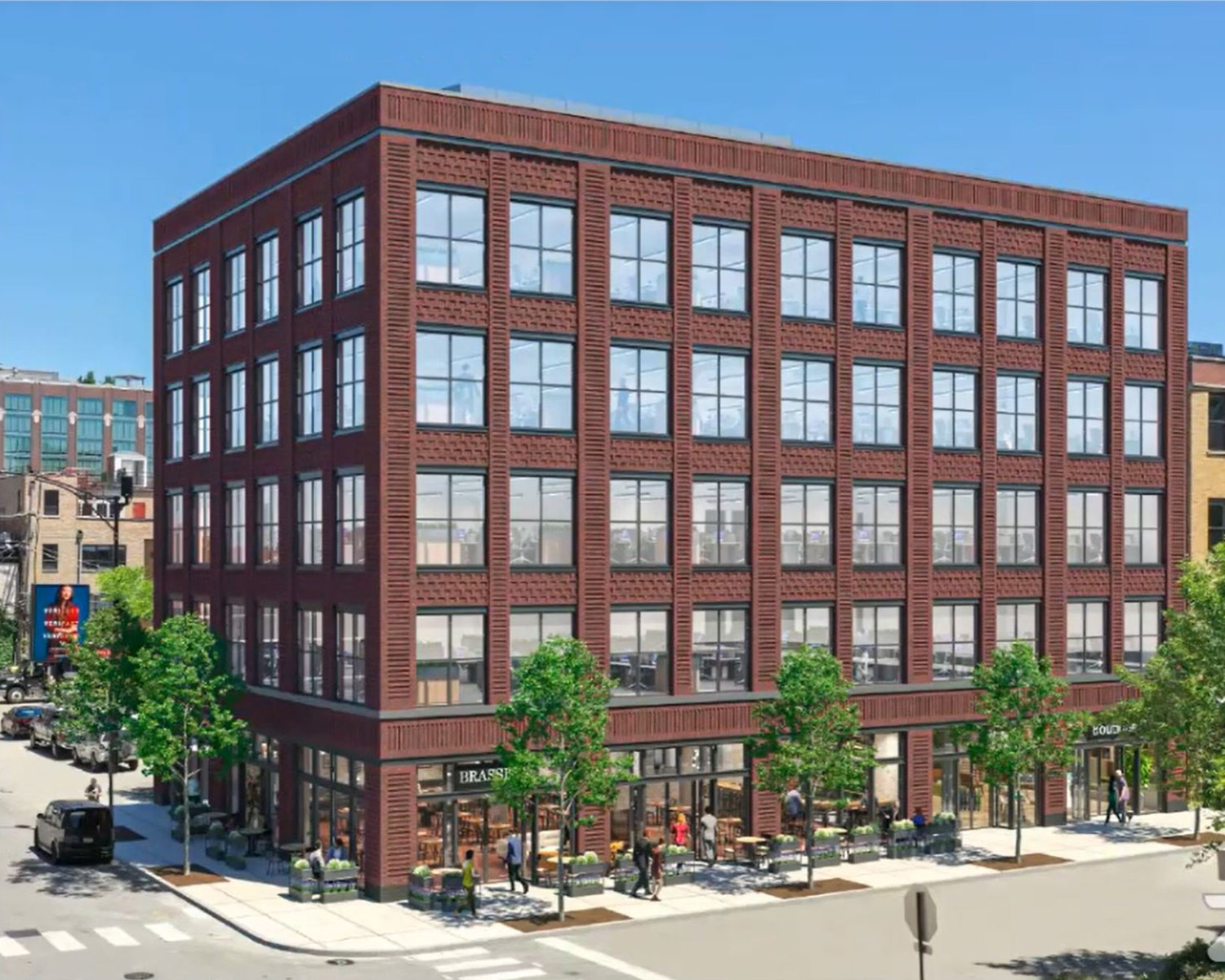 Demolition has wrapped up for a former single-story bank, clearing the way for a new five-story mixed-use building at Fulton Market‘s 1020 W Randolph Street. L3 Capital is the developer of the West Loop project, whose new edifice will house ground-level retail space and 22,000 square feet of offices on the upper four floors. Programming will also offer tenants a sixth-floor amenity penthouse and a nearly 2,000-square-foot terrace with skyline views.