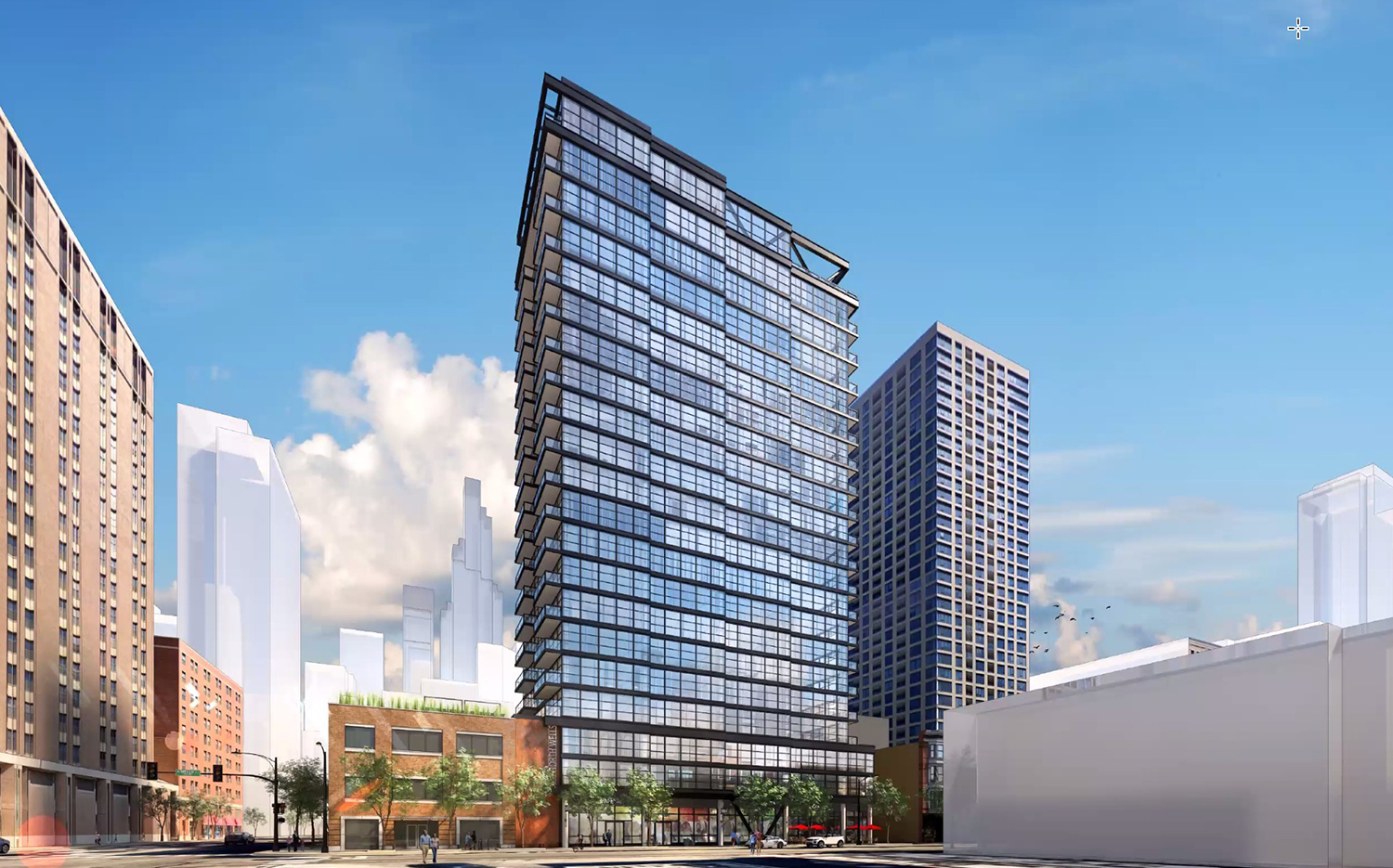 Coming in at the 17th spot in this year’s countdown is the mixed-use development at 741 N Wells Street in River North. Located just south of the intersection with W Chicago Avenue, the project replaces a one-story commercial building that previously held a furniture store and was demolished to make way for the quickly growing Wells Street canyon. Developer Vista Property Group, who recently proposed 640 W Randolph Street in West Loop Gate, used the same team from Antunovich Associates on this design as well.

The podium structure is now filling out for 311 W Huron Street in River North, marking the 23rd tallest construction project in Chicago. Developer North Wells Capital is building a 16-story office and retail commercial tower, which will stand 226 feet upon its completion. In 2022, the developer secured an $88 million lease with Spins, which will occupy three of the building’s highest leasable floors.

The superstructure is now emerging for 311 W Huron Street in River North, where developer North Wells Capital has planned a 16-story office and retail commercial building. The developer had secured an $88 million lease with the tenant Spins earlier in 2022, thereby allowing construction to begin. The primary tenant will occupy the three highest leasable floors of the building, which is situated on the site of a former parking lot.

The final and tallest canceled entry in YIMBY’s “Dead by Design” series is the Chicago World Trade Center, a 210-story megatall office tower that was proposed for the current site of 300 N LaSalle Avenue in River North. Led by Stanley Raskow, this 2,500-foot-tall titan on the river (as shown in the model) had seen two previous iterations that were each 200 feet shorter. 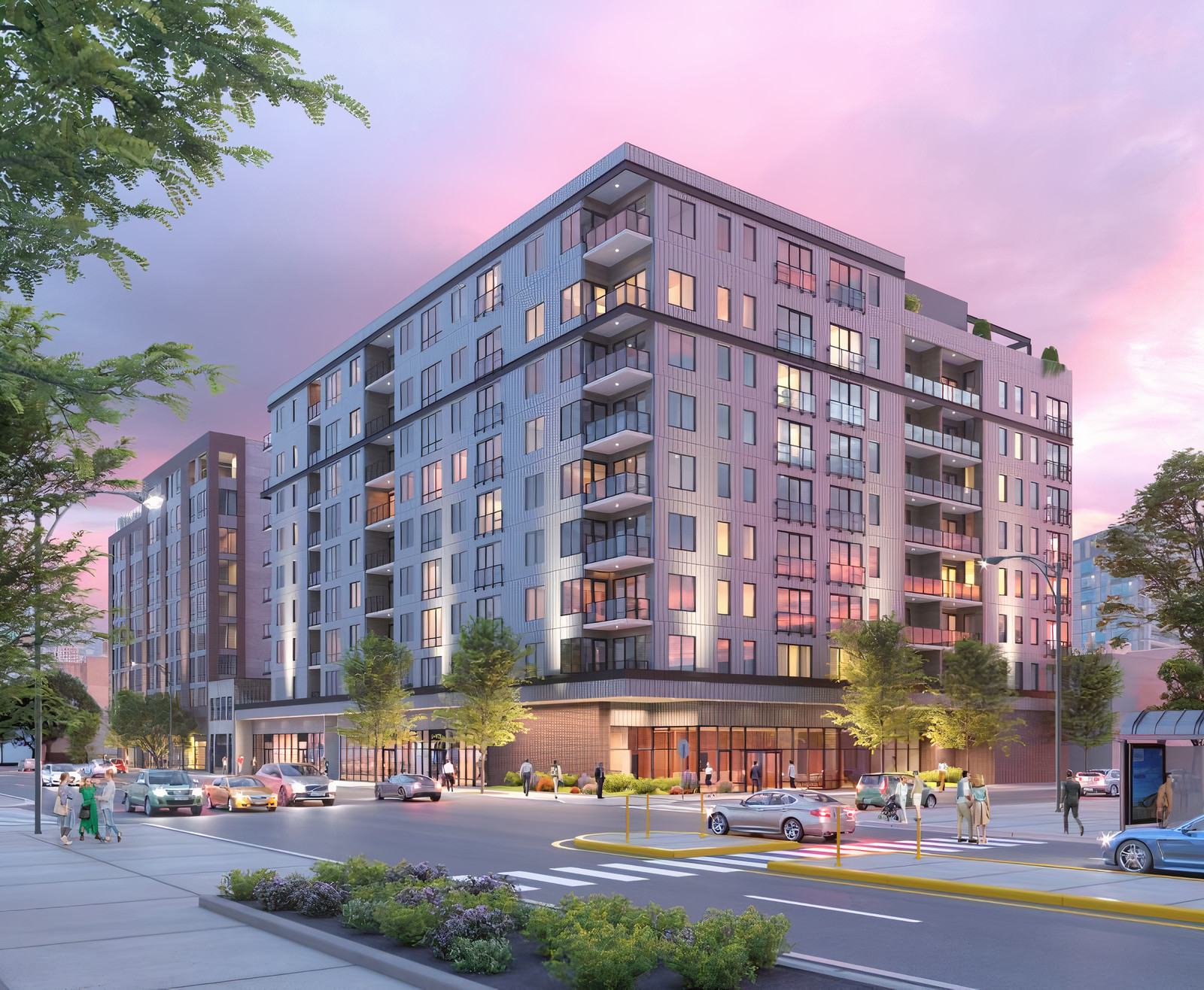 Construction has topped out for HUGO, a two-building mixed-use project by LG Development in River North. Located at 751 N Hudson Avenue and 411 W Chicago Avenue, the pair of nine-story structures will have a combined 230,000 square feet of floor space. HUGO will bring a total of 227 new apartments to the neighborhood as well as 19,000 square feet of ground-floor retail space. The underway buildings will sit close to one another, separated by an existing two-story masonry low rise.