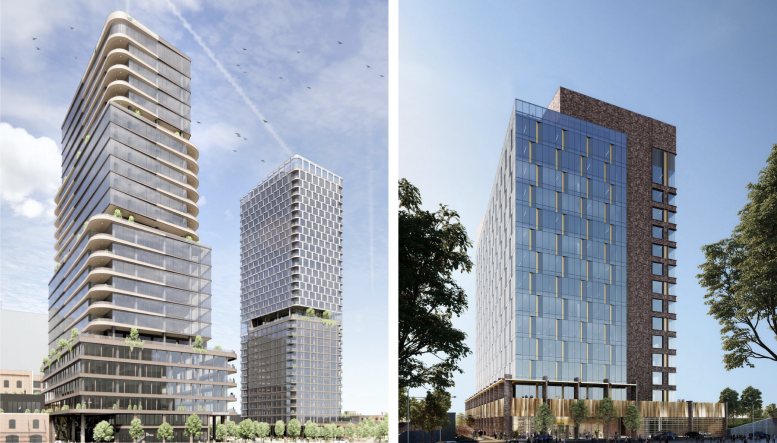 The Chicago Plan Commission has approved two projects bringing a total of three new towers to the ever-growing West Loop. Both have recently gone through design updates after receiving feedback from the Committee on Design and will now be able to move forward to the Chicago City Council for final approval. The projects consist of the two-tower development at 315 N May Street and 1112 W Carroll Avenue and the new life-science building at 400 N Elizabeth Street. 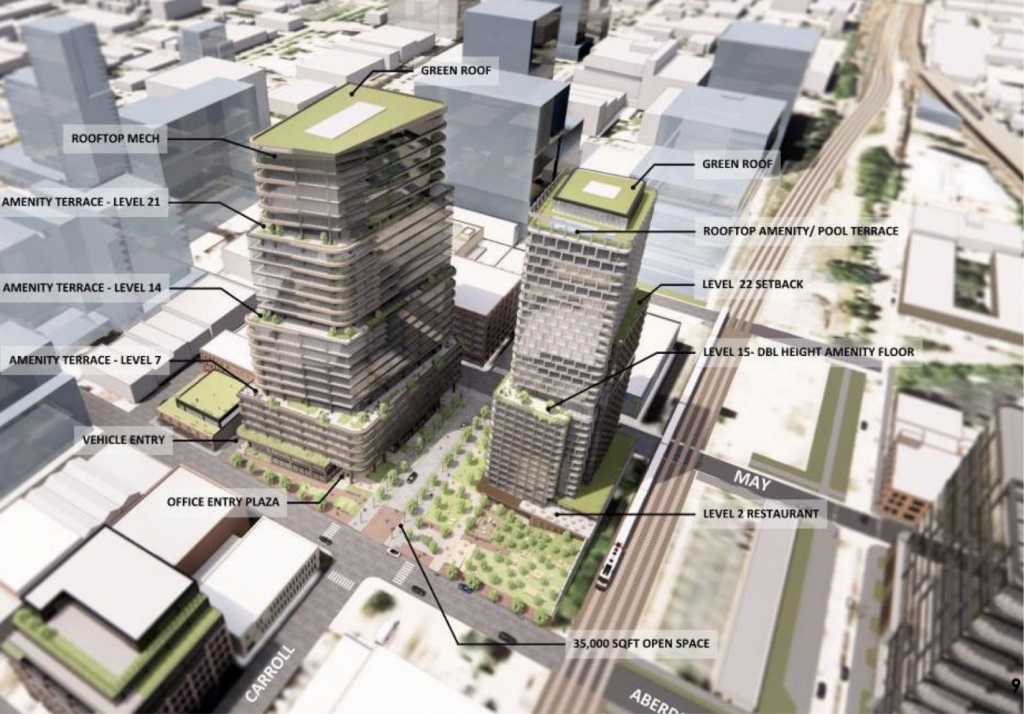 Both of these towers are being developed by Dallas-based Trammell Crow who has developed projects like the Embarcadero Center in San Francisco. Designed by ESG Architects, the 410-foot-tall tower will twist and set back as it rises from the ground to allow sunlight to reach the street-level, allowing for a more livable experience at the new park shared with the development’s second tower. Minor updates to the design include the addition of a single floor bringing it up to 26 stories with no height increase, and a small reduction in parking to 180 spaces in an underground garage. 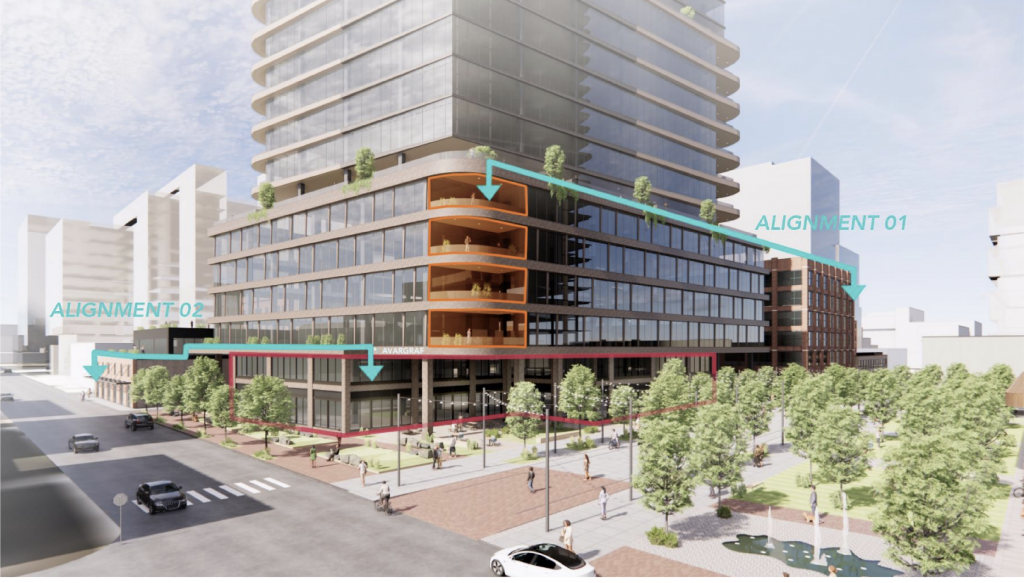 Updated area context of 315 N May Street by ESG Architects

Overall the tower will still offer 650,000 square feet of office space and 15,000 square feet of commercial space. Other updated details include building setback amenity terraces at levels 7, 14, and 21 as well as the introduction of new construction materials for the podiums. The re-design now brings in brick, increased setbacks, and further articulated windows at the base levels to better fit in with the area’s contextual design.

Neighboring the tower above, the residential component of the project will be surrounded on the south and east sides by the aforementioned 35,000-square-foot park with a dog park, which has increased in scale. The 370-foot-tall, 33-story structure will bring 377 residential units with a reduced parking count of 90 vehicle spaces in an underground garage. Other features include a rooftop amenity deck with a pool and a second-floor restaurant with outdoor terrace that will overlook the adjacent park and Metra tracks. The building also added 12 electric vehicle charging spaces and eliminated a vehicle drop-off area to create less curb cuts. 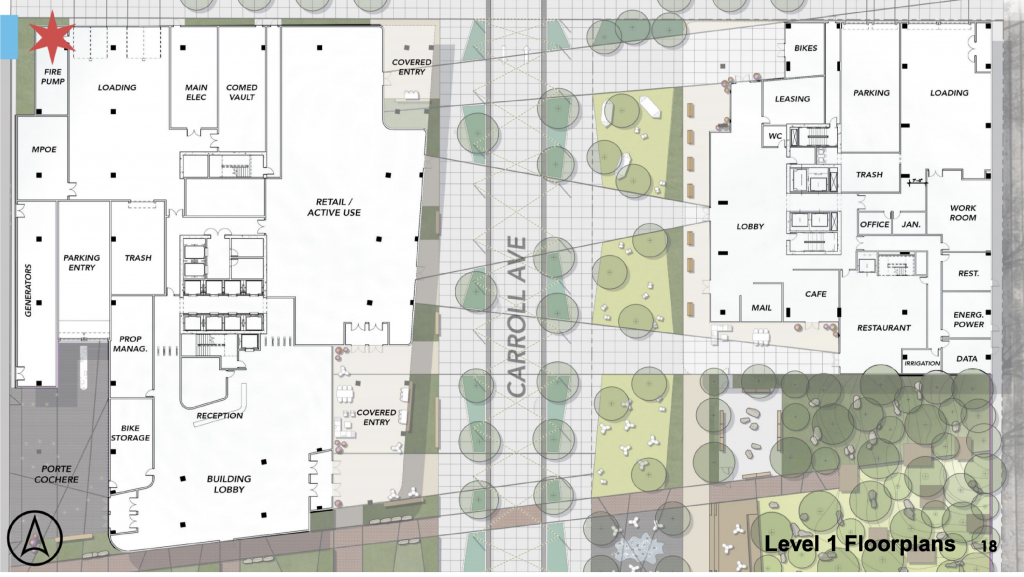 Similar to its neighbor, the podium received new materials based on the surrounding context and added new art to fill in any blank walls facing the Metra tracks as well. Further details on the on-site affordable units were also revealed, we now know 76 affordable apartments will be offered split into 20 studio/convertibles, 39 one-bedrooms, 13 two-bedrooms, and four three-bedroom units. These will be set aside for those making 60 percent of the Area Median Income (AMI), the developer is also exploring the idea of adding a further 10 percent, or 38 apartments, either on site or at another location. 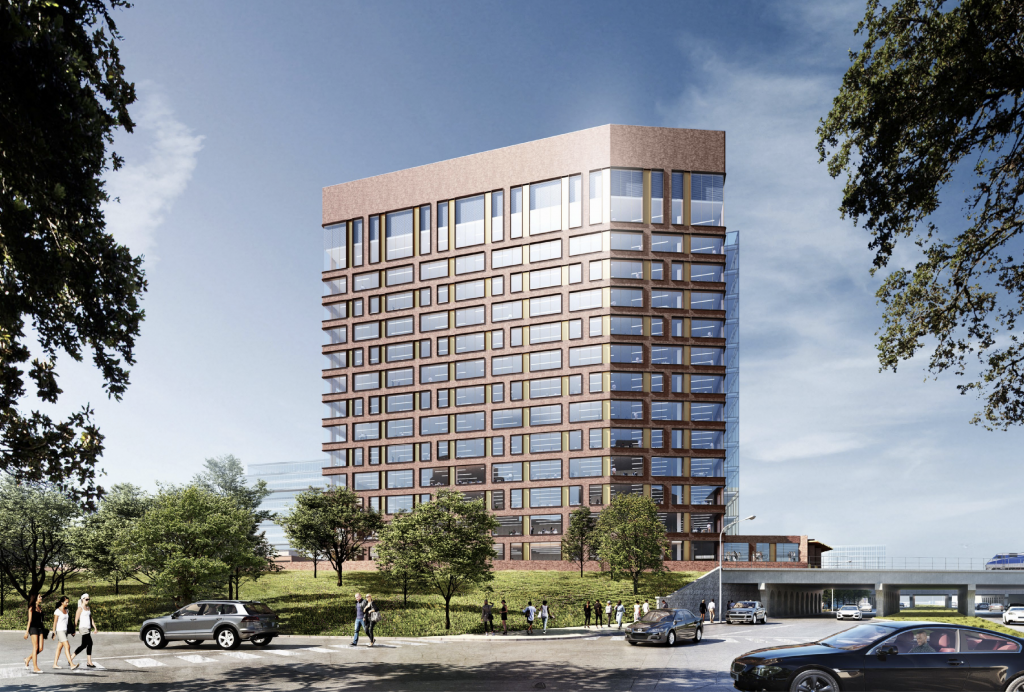 Most recent rendering of 400 N Elizabeth Street by SCB

The Solomon Cordwell Buenz-designed life-sciences building is being developed by Mark Goodman & Associates and will join the growing life science scene along with The Ally in nearby Lincoln Yards. Rising 16 stories and 270 feet tall, the revised project did not see any major changes from its previously covered updates that included the decrease in height, moving of parking to below grade, and enlarged floor plates to offer 473,000 square feet of office and lab space. Further site improvements include a pedestrian greenway and various pocket green spaces at underutilized areas nearby that will improve the pedestrian experience. 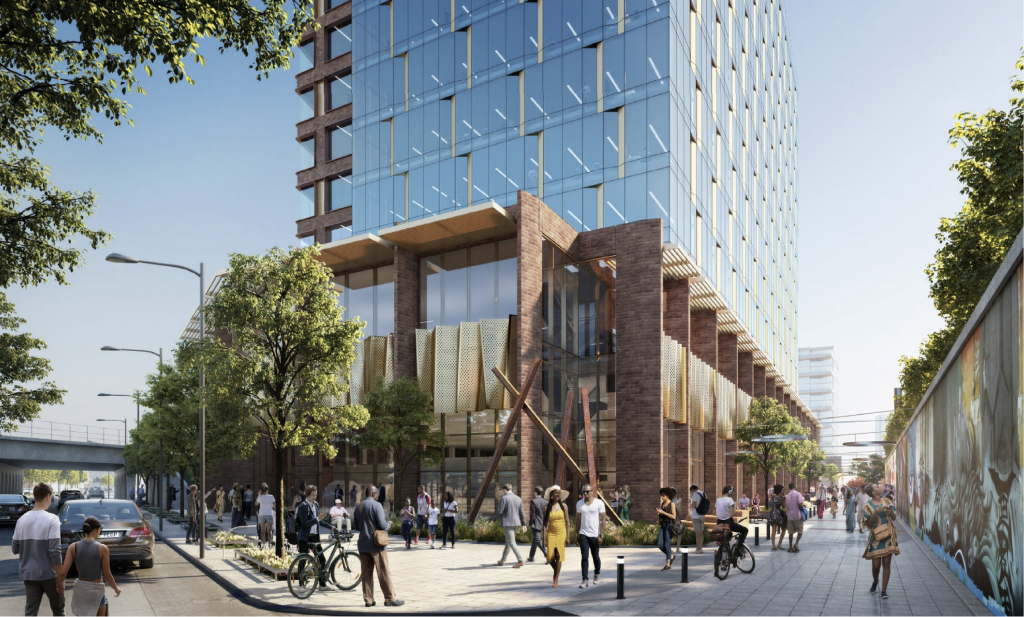 Most recent rendering of 400 N Elizabeth Street by SCB

Both projects will now move forward and as previously reported hope to break ground next year, both having similar 24-month construction timelines. Further permitting approval will be needed but this clears a major milestone in adding new density to the westerly expanding skyline.