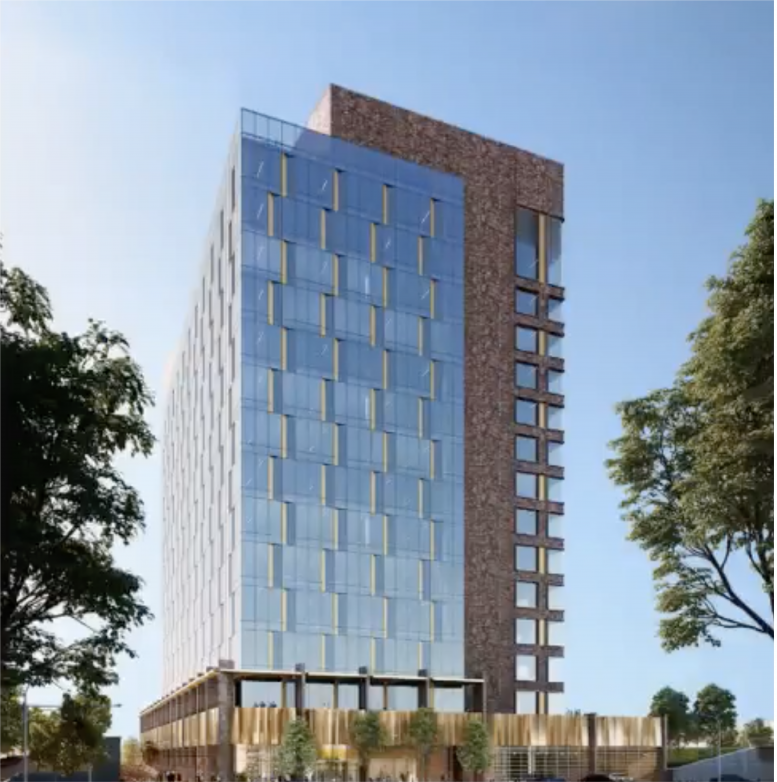 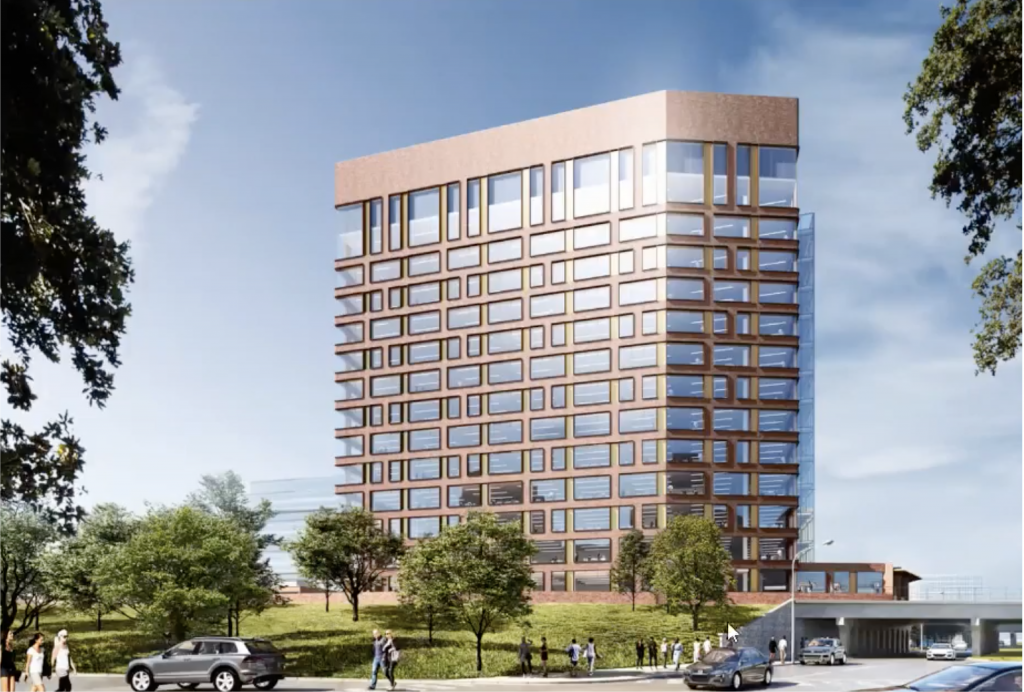 The previously 19-story structure will now rise 16 stories, however the change in total usable office/lab space was minimal, dropping from roughly 475,000 square feet to 473,000 square feet. This was mainly achieved by one of the most prominent changes in the design, the originally proposed 210-vehicle parking garage that occupied two of the three podium levels have been reduced into a single underground parking level with 131 spaces. The office floors also grew slightly in width, with the second floor now being office space and consuming the majority of the wider podium footprint. 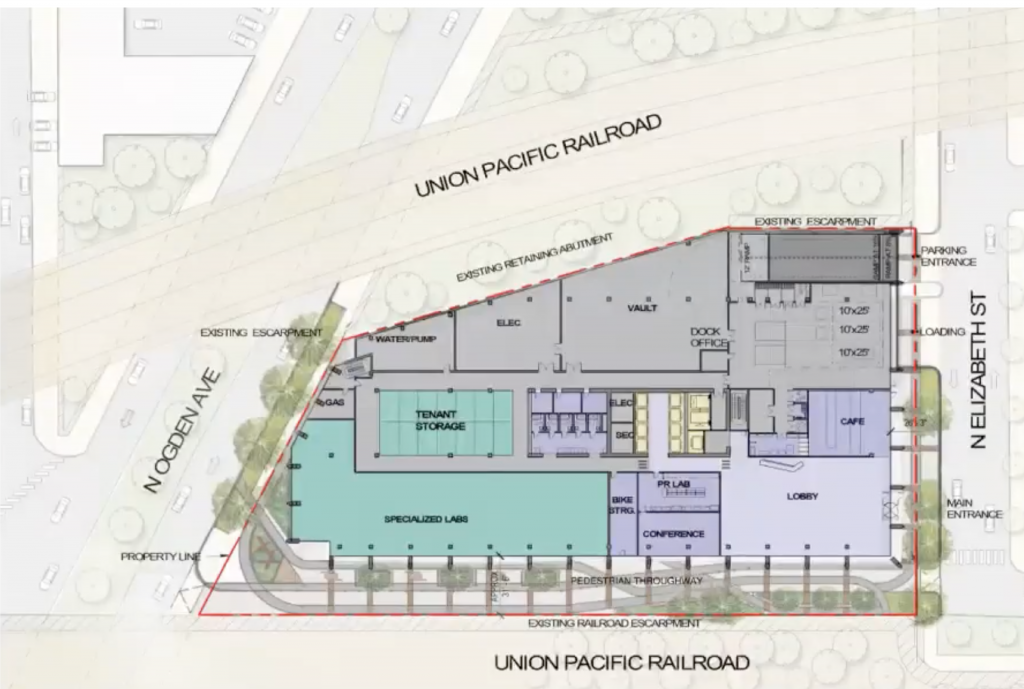 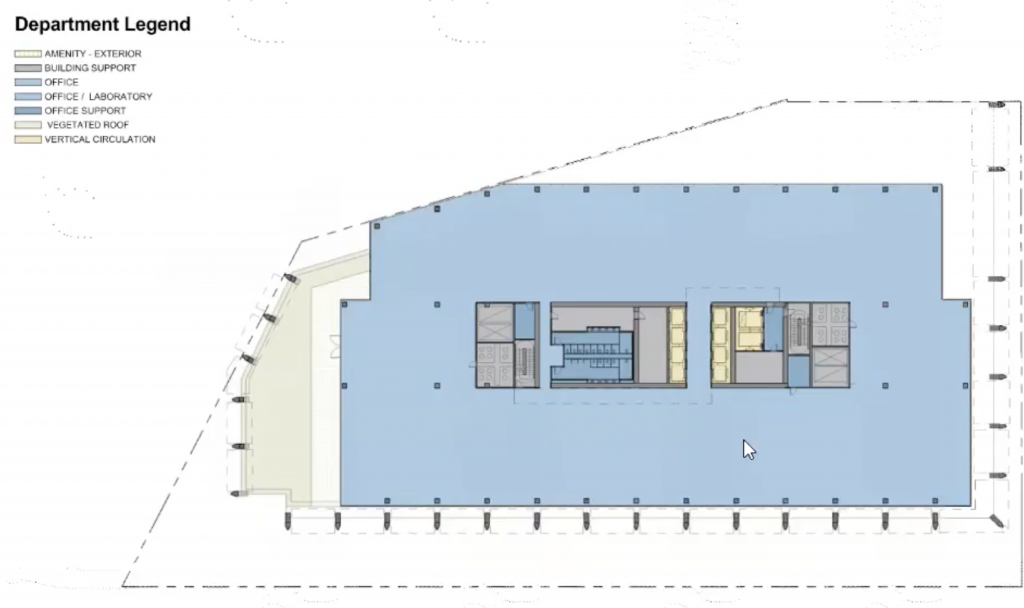 These changes allowed for an office floor to be removed bringing the design to the new lower height which will now top out at 270 feet tall instead of the initial 309 feet. Other changes include lowering the podium parapet to match the residential building across the street and preserve the street wall presence. The tower also received a new setback as it moved west 21 feet to give the neighboring buildings more room to breathe and allow for more light to reach the street level. With the setback, the cantilevered glass portion of the design which locals did not like, was removed and in its place is a nearly wrap-around outdoor space encircling the southern portion of the podium roof. 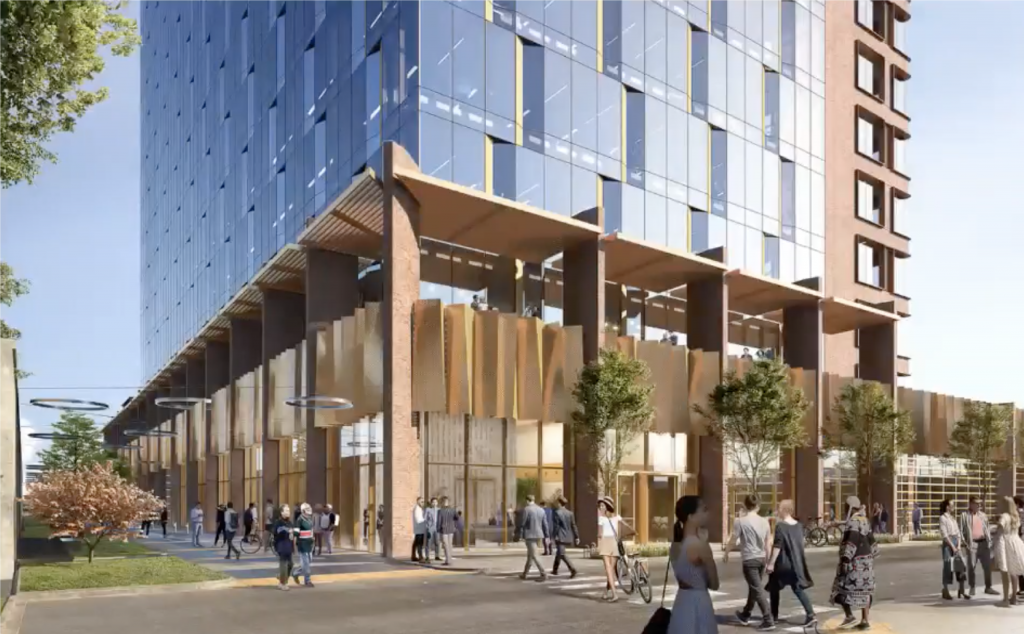 Various traffic changes have also been proposed after further studies on the area, these include; an added left turn signal on the intersection of N Ogden Avenue and W Hubbard Street, an extra seven seconds to the traffic signal at N Ogden Avenue and W Grand Avenue, as well as turning part of N Racine Avenue into a one way. A new berm would also be built against the Metra tracks and three surrounding areas nearby, including the un-landscaped wedge south of W Hubbard Street, would receive new landscaping to become usable by the community. 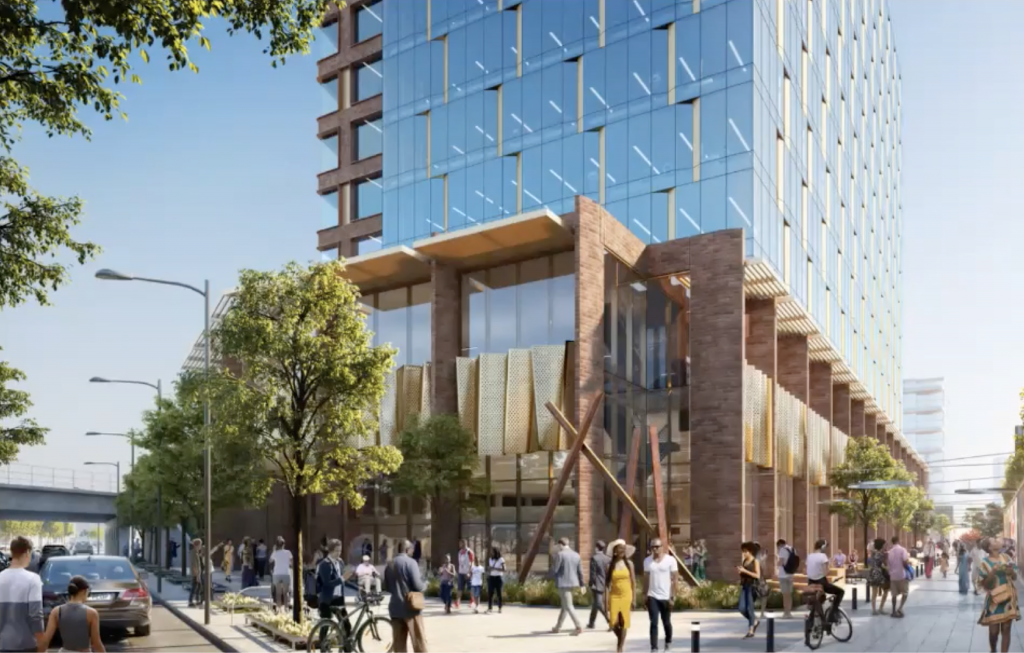 Future workers will have bus access to CTA Route 65 via a seven-minute walk, and the CTA Pink and Green Lines at Ashland station via an 11-minute walk. The plan would also benefit from the long discussed West Loop Metra stop. The developer will still need zoning approval to move forward but expects to begin demolition of the existing site building by mid 2022, with a 24-month timeline for completion.