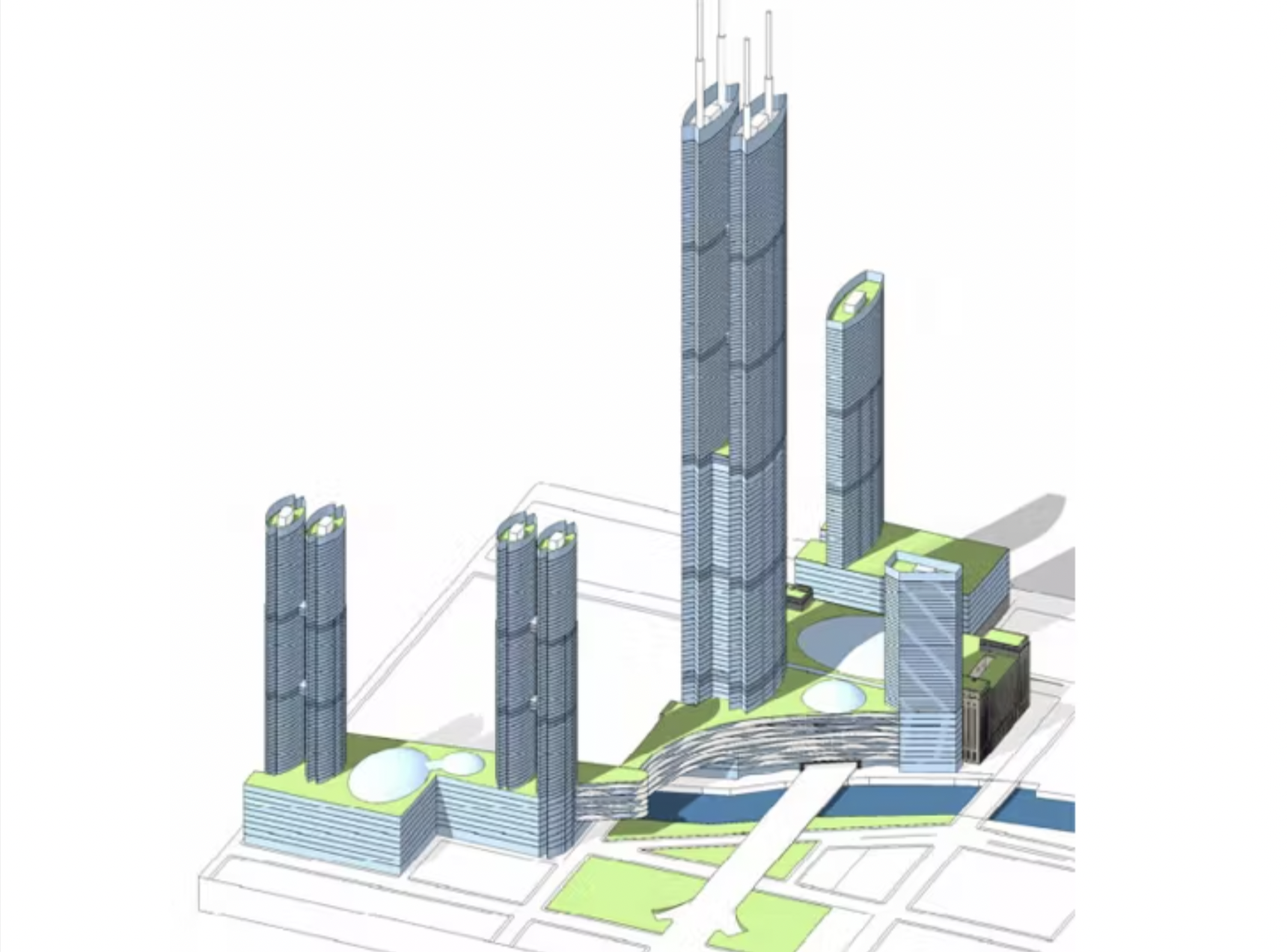 The penultimate addition to our Dead by Design series of cancelled Chicago projects is a gargantuan 2011 proposal oriented around the nine-story Old Chicago Post Office. The original post office was a smaller mail terminal designed by Graham, Anderson, Probst and White. Having completed in 1921, the Art Deco structure was expanded in 1932 to bring its total square footage to 2.5 million square feet. While shuttering its mail operations in 1996, the building was inducted into the National Registry of Historic Places in 2001, then would be sold by the city to Bill Davies of International Property Developers in 2009 for $24 million.

Yesterday, the renovated plaza officially opened at the base of the 83-story Aon Center, located at the 200 E Randolph Street address in New Eastside. Owner 601W Companies overhauled the half-acre outdoor venue as part of a larger effort to modernize the iconic 1,136-foot supertall, whose eventual plans will include an observatory, thrill ride, and glass elevator.

Terrain and landscaping work is taking shape at the foot of New Eastside‘s 83-story Aon Center, where the owner 601W Companies has planned for a major overhaul of the existing plaza and entry area. Located at 200 E Randolph Street, the nearly $7 million undertaking aims to provide a new public space that will serve as a gateway to the 1,136-foot tower, while acting as an extension of the adjacent Grant Park.

Preliminary site work can be seen moving ahead for Aon Center‘s plaza renovation, situated at 200 E Randolph Street in New Eastside. The development will serve as revitalized public space and entryway to the 1,136-foot-tall Aon Center, which was originally designed by Edward Durell Stone and The Perkins and Will partnership and completed in 1974. Aon Center’s owner 601W Companies is overseeing the transformation, expected to cost roughly $6.5 million to complete.

The Old Post Office has announced the completion of The Meadow, a 3.5-acre rooftop park on its 13th story. The outdoor experience stretches the entirety of the building, spanning three city blocks long and one city block wide. Located at 433 W Van Buren Street in West Loop Gate, the Old Post Office stretches across multiple blocks along S Canal Street, from W Van Buren Street to W Harrison Street. The I-290 Eisenhower Expressway runs through the building to merge into Congress Parkway. 601W Companies is the developer behind the project.