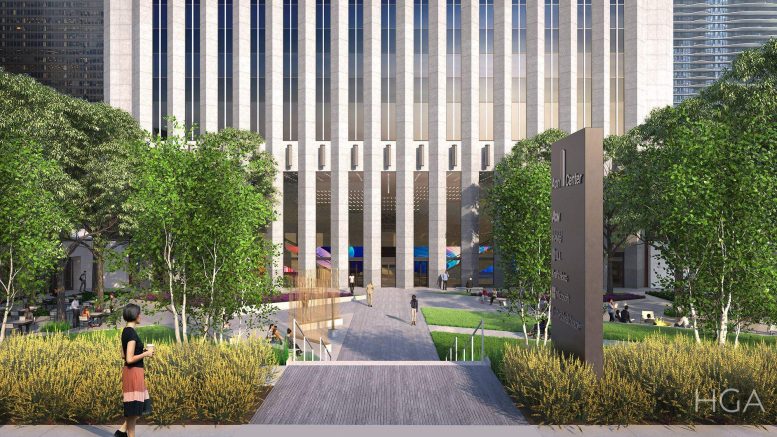 Preliminary site work can be seen moving ahead for Aon Center‘s plaza renovation, situated at 200 E Randolph Street in New Eastside. The development will serve as revitalized public space and entryway to the 1,136-foot-tall Aon Center, which was originally designed by Edward Durell Stone and The Perkins and Will partnership and completed in 1974. Aon Center’s owner 601W Companies is overseeing the transformation, expected to cost roughly $6.5 million to complete. 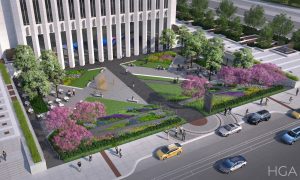 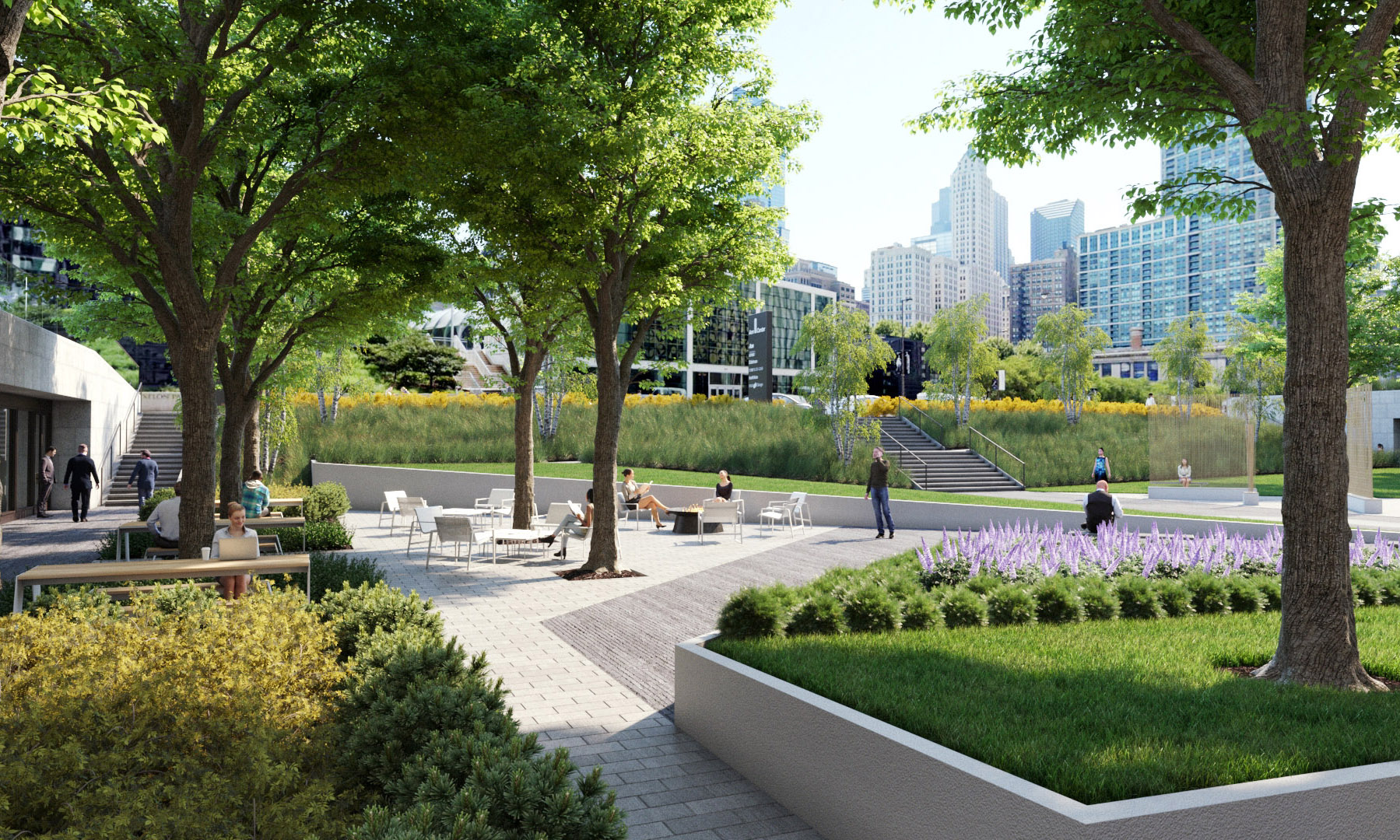 The revamped plaza will be just one of many nearby outdoor venues, such as Millennium Park and Maggie Daley Park across Randolph Street, while other spaces such as Lake Shore East Park, the Lakefront, and the Riverwalk can all be accessed within a roughly 10-minute walk. 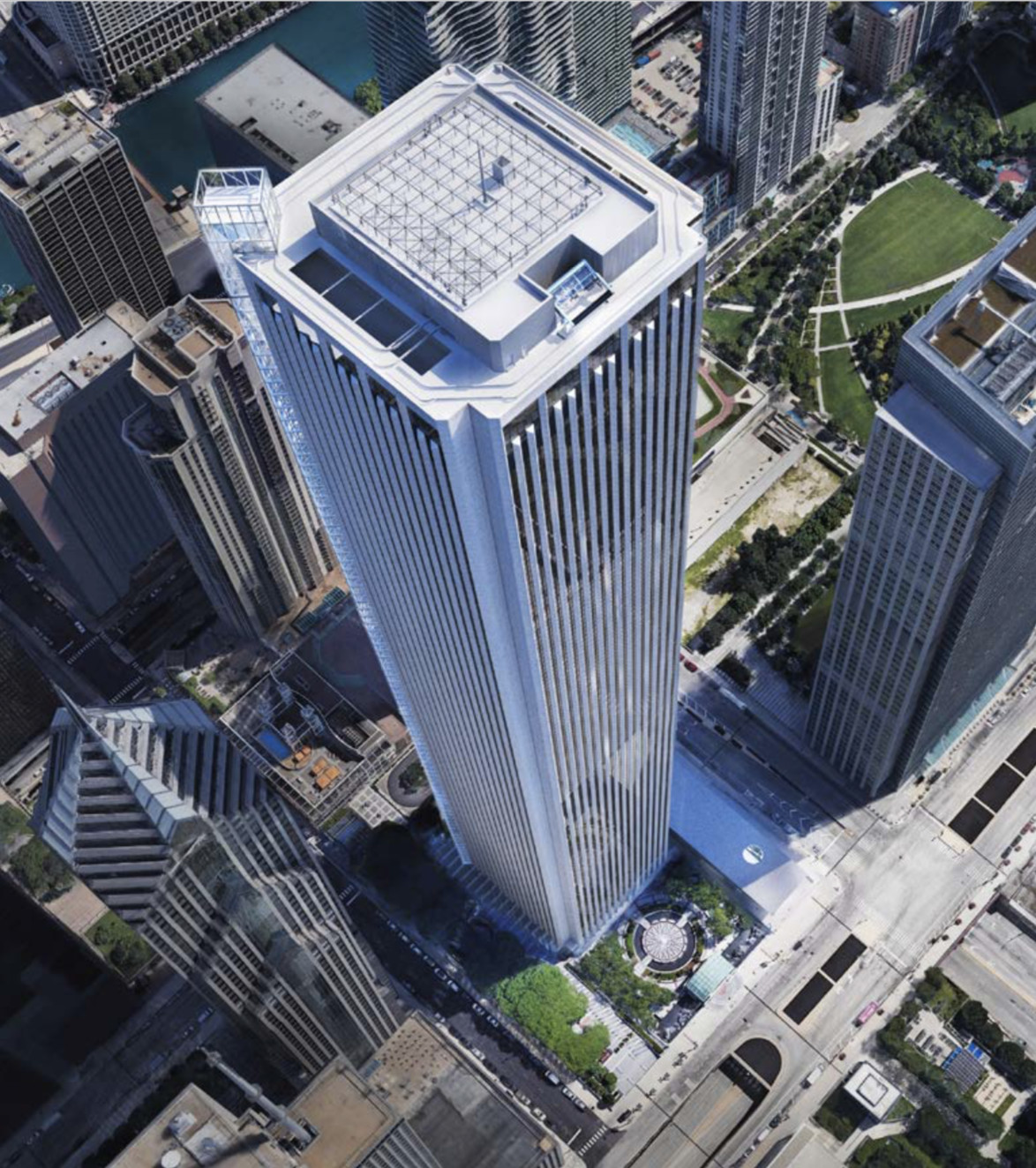 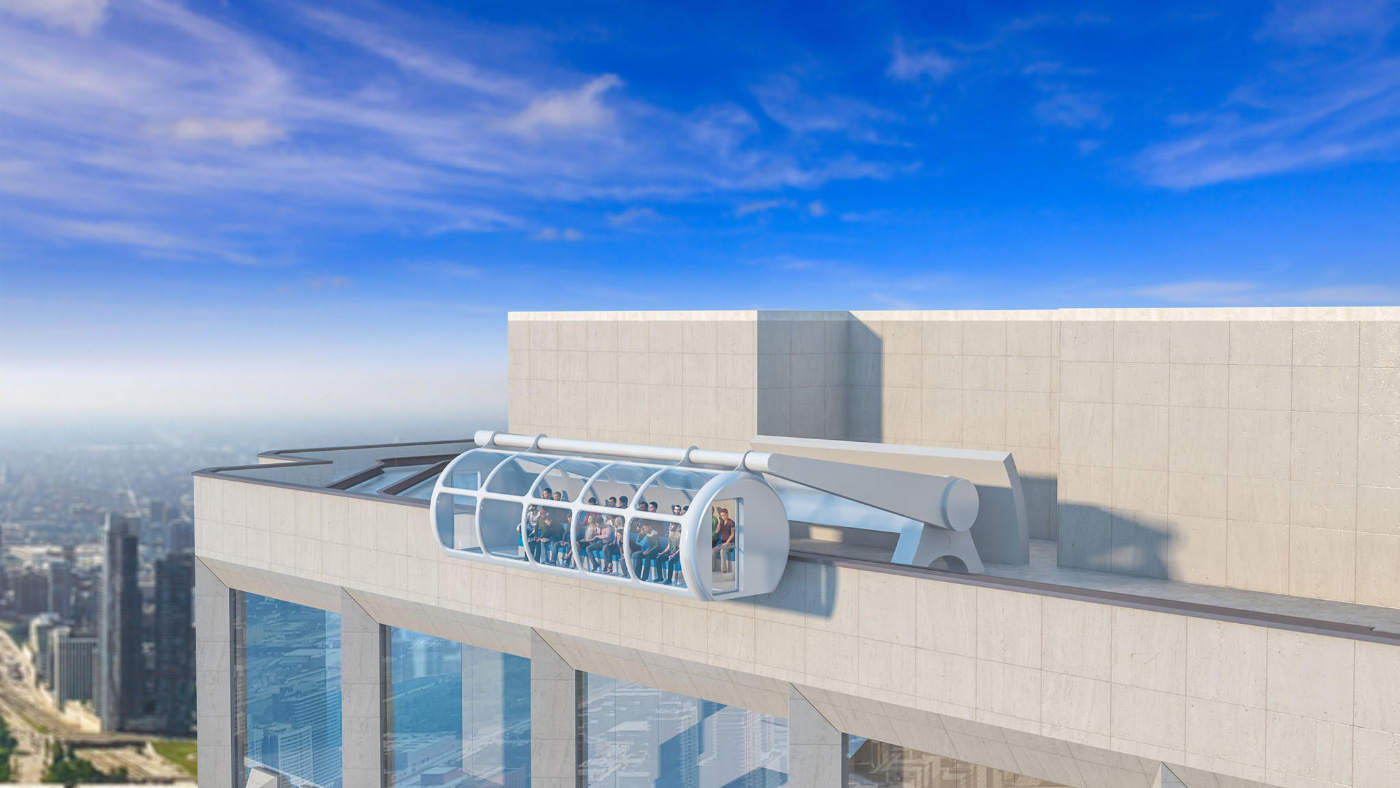 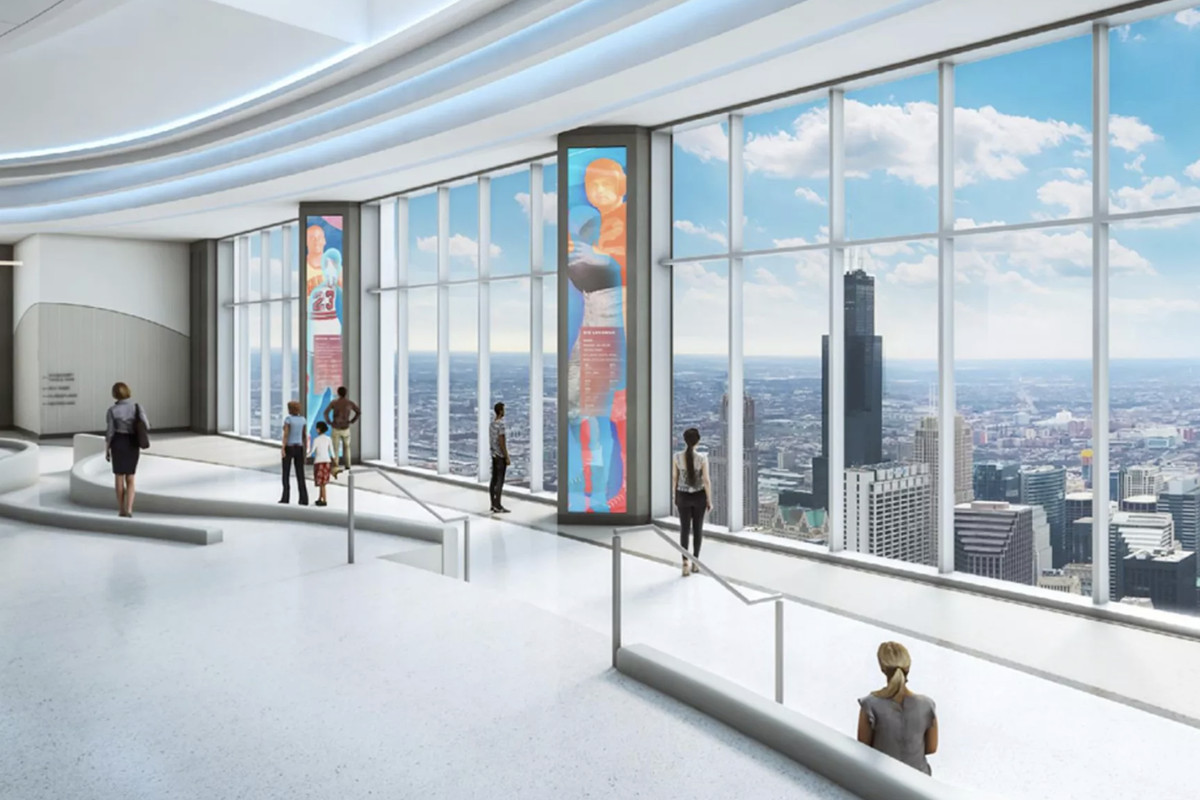 BEAR Construction is the project’s general contractor, with construction expected to wrap up by late summer of 2021. Around this time, work is expected to begin on a new Solomon Cordwell Buenz-designed Aon Center observation deck, which will include a glass elevator and thrill ride. A timeline for this next phase has not been revealed.