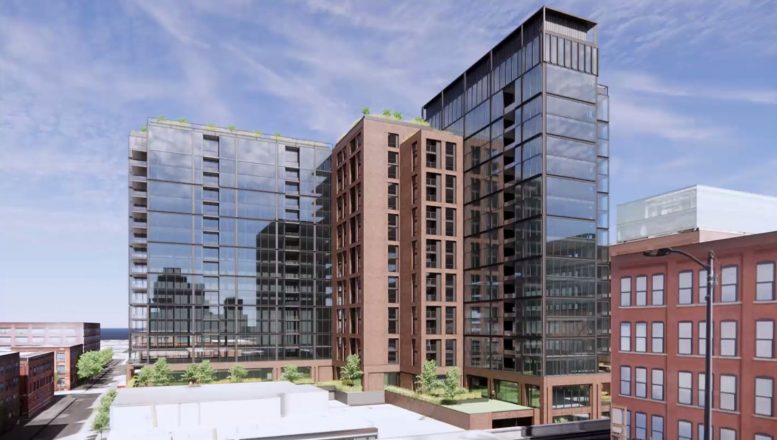 The Permit Review Committee, a subcommittee of the Commission on Chicago Landmarks, has approved the mixed-use development proposed at 210 N Aberdeen Street in the West Loop. Consisting of an irregularly-shaped site, the property consists of an empty lot at the intersection of W Lake Street and N Aberdeen Street, the historic Arthur Harris Building along N Aberdeen Street located in the Fulton-Randolph Market Historic District, and a few one-story masonry buildings behind Arthur Harris fronting N May Street. LG Development Group is the developer behind the proposal. 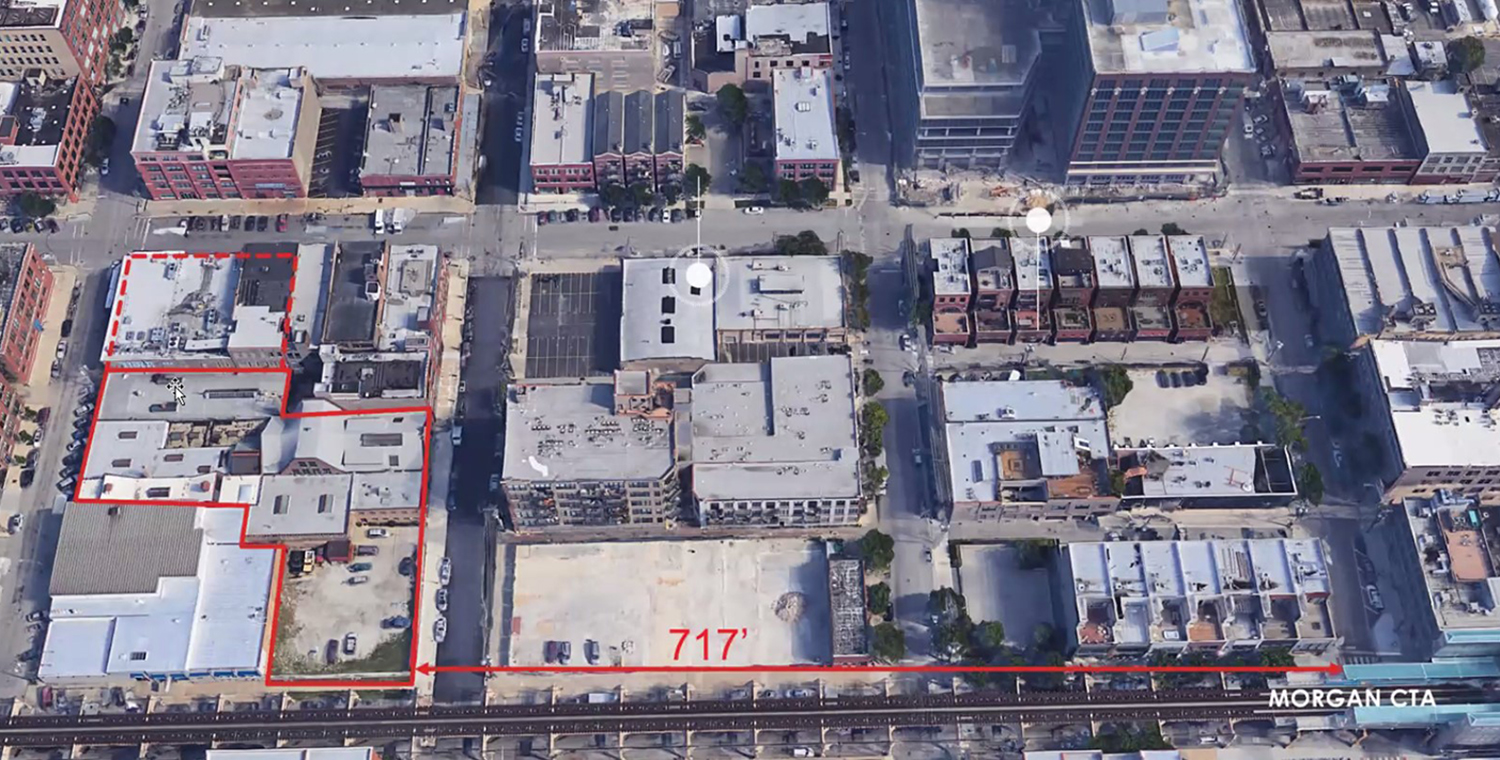 Originally a 24-story tower rising 308 feet, the revised proposed mixed-use development will rise 19 floors, reaching 238 feet. Designed by NORR, the tower will hold retail space at the ground floor, with 414 residential units in the structure above. The unit mix will consist of approximately 50 percent one-bedrooms, 30 percent studios, and 20 percent two- and three-bedroom apartments. Additionally, 20 percent of the residences will be designated as affordable as per the affordable housing requirements and 102 parking spaces will be provided. 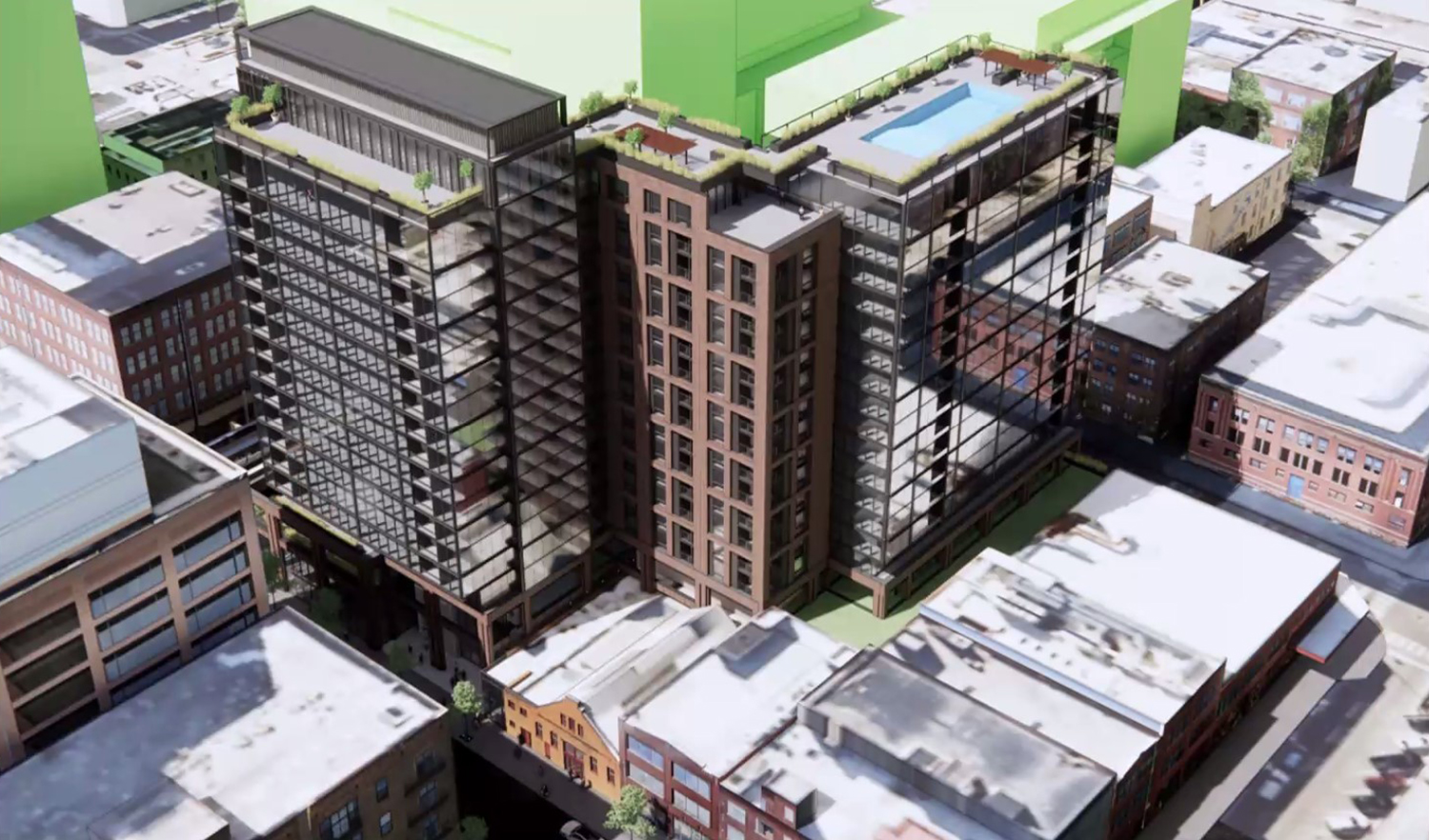 The Arthur Harris Building, originally from 1904, is located at the namesake 210 N Aberdeen Street and will be modified and rehabilitated as part of the overall development. Located in the Fulton-Randolph Market District, the contributing structure is poised to become retail space fronting N Aberdeen Street. 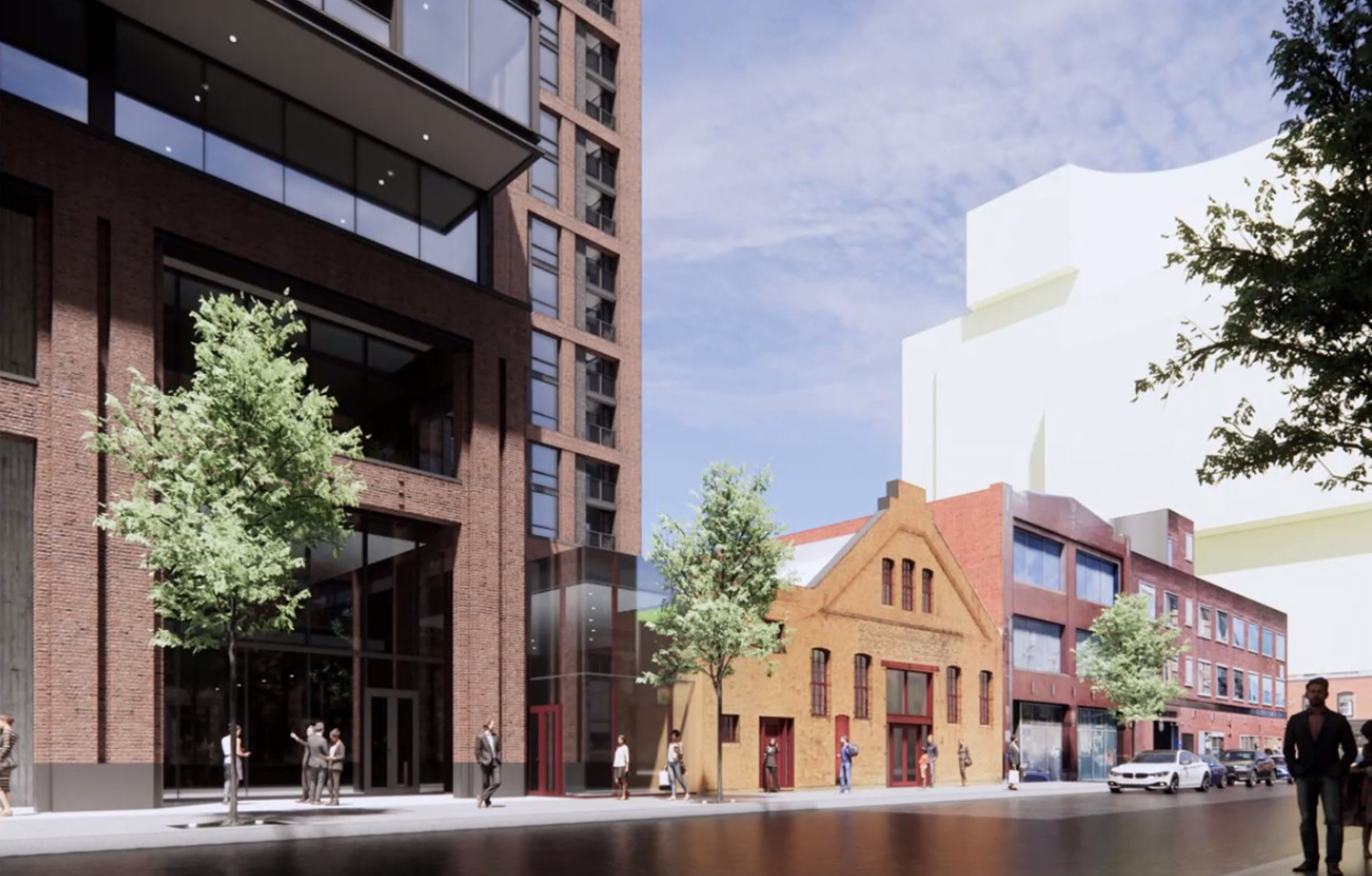 The renovation plan looks to demolish a later addition from the 1950s on the interior of the site whose cross gabled roof is perpendicular to the gable roof of the original portion along the street. The front elevation will be restored and will undergo masonry repairs, window replacement, and the insertion of a retail storefront at the center of the front facade. The original bowstring trusses will also be restored. A non-historic brick addition on the southern elevation will be demolished and replaced with a new glass connector that serves as a division between the new and old portions of the overall scheme. 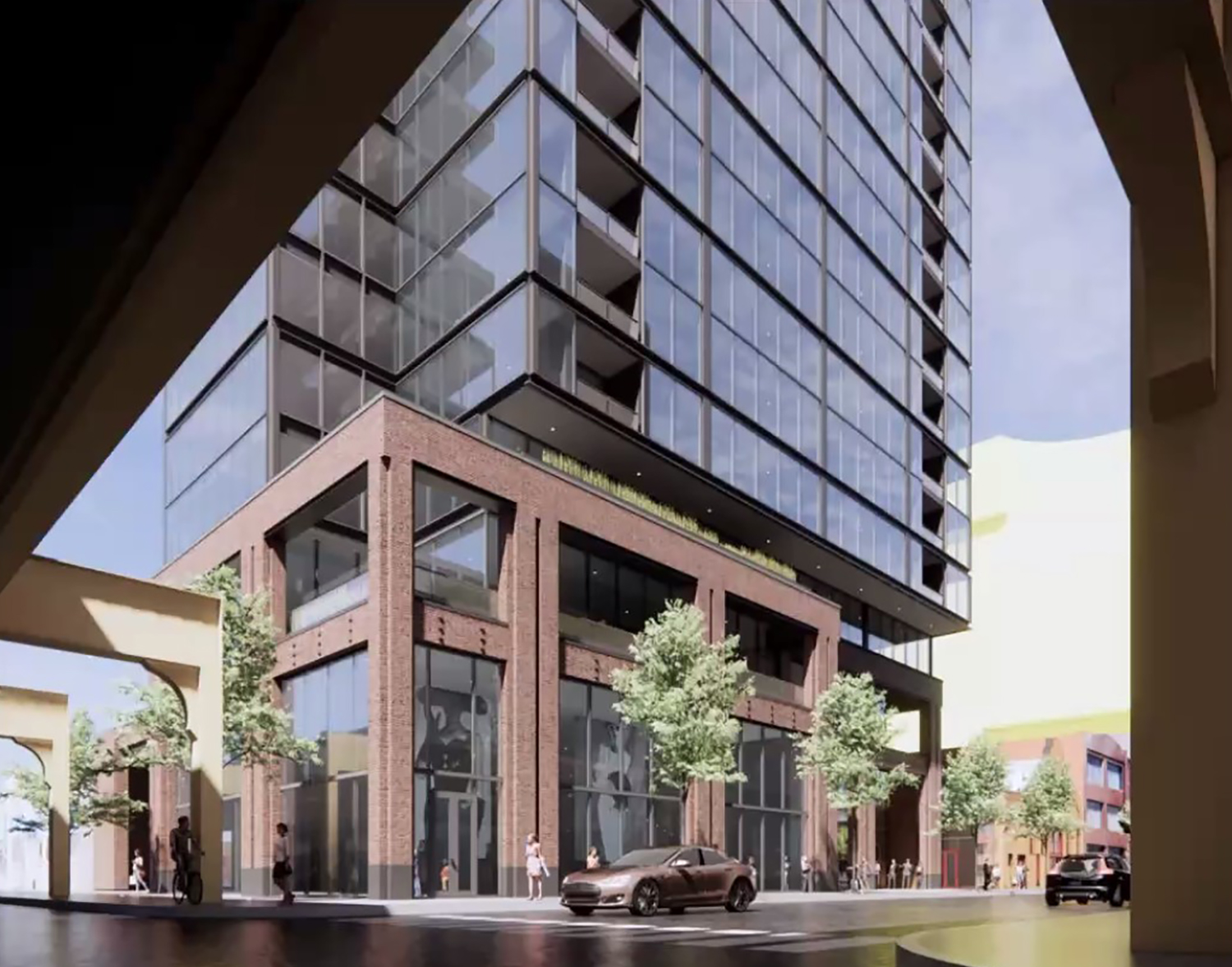 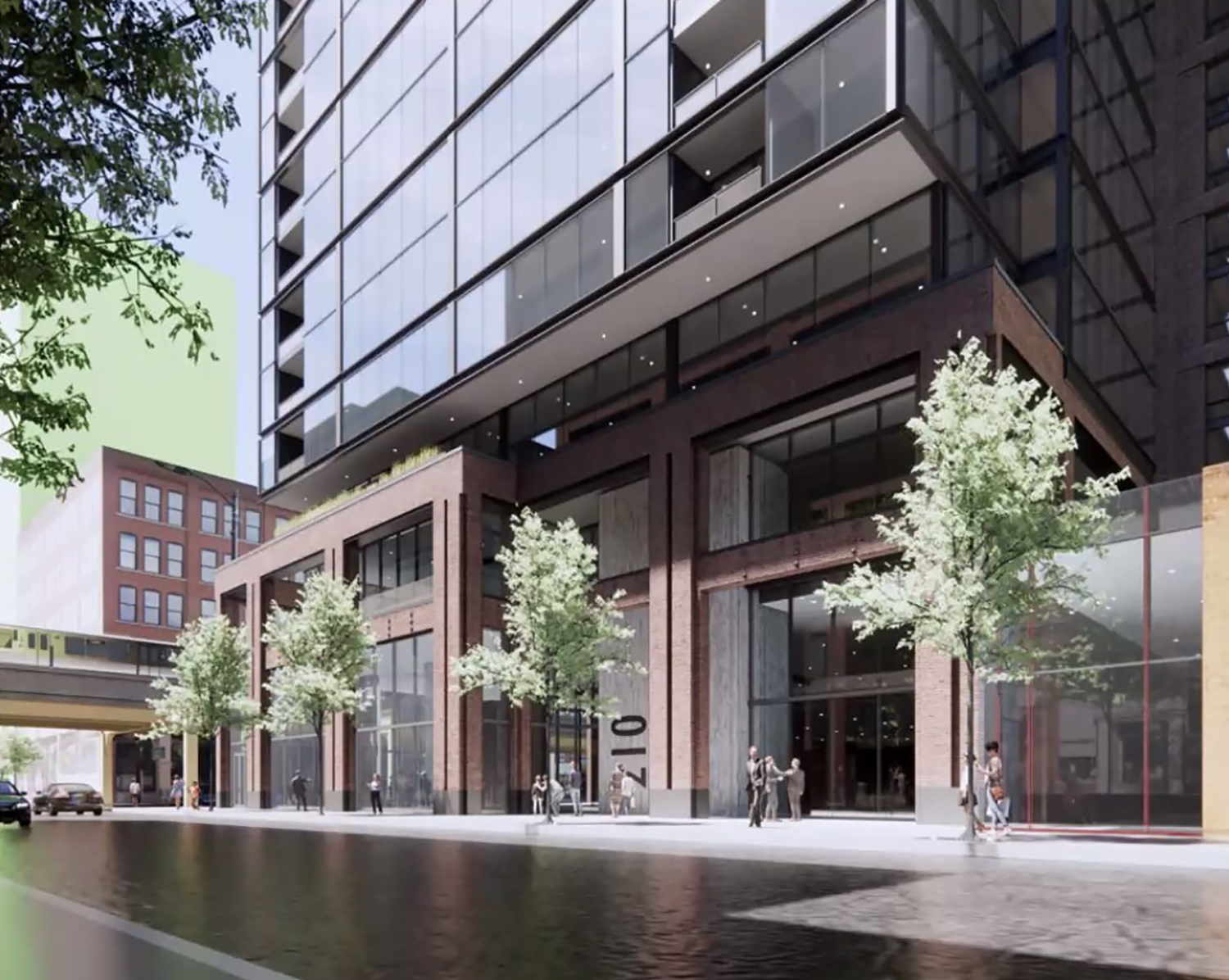 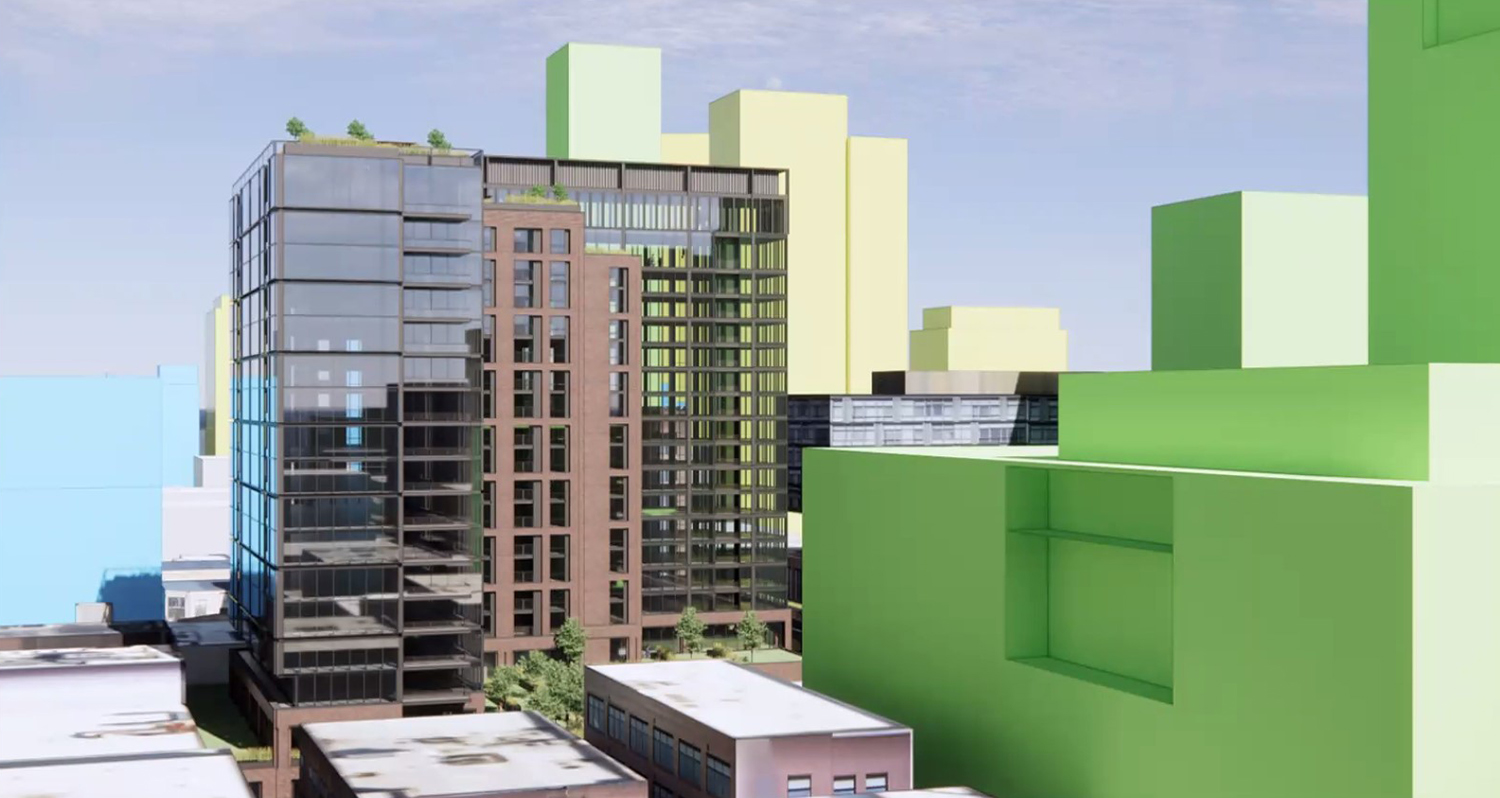 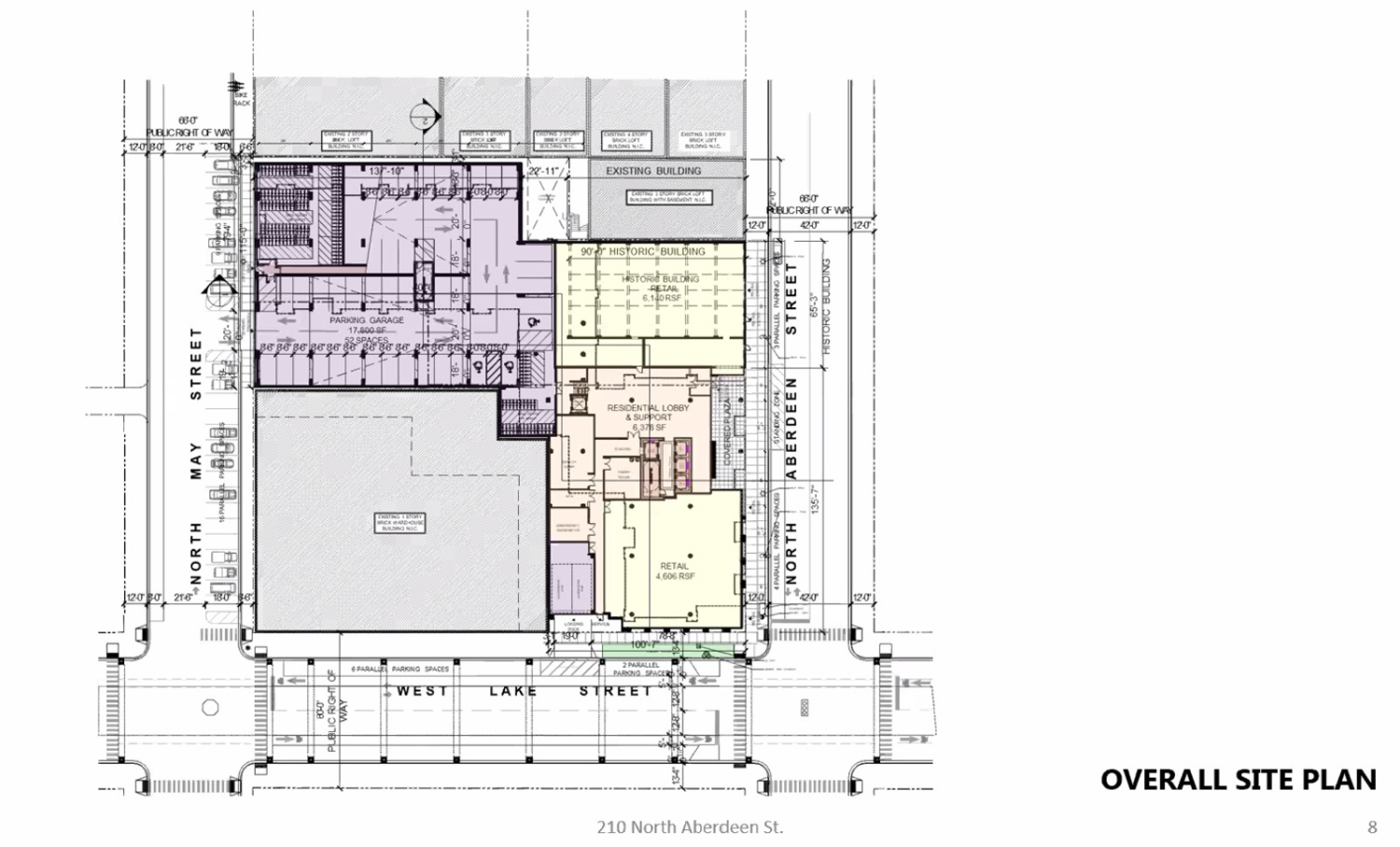 The development will require approvals from the Alderman, the Chicago Plan Commission, the Zoning Committee, and the full Chicago City Council. The developers hope to go before the Chicago Plan Commission in June with the remaining approvals requiring an additional 2.5 months. Six months will be necessary to finalize documentation and drawings for the construction, with permitting lasting three months. With those milestones to achieve, the developers hope to break ground within 11 months or one year from now.