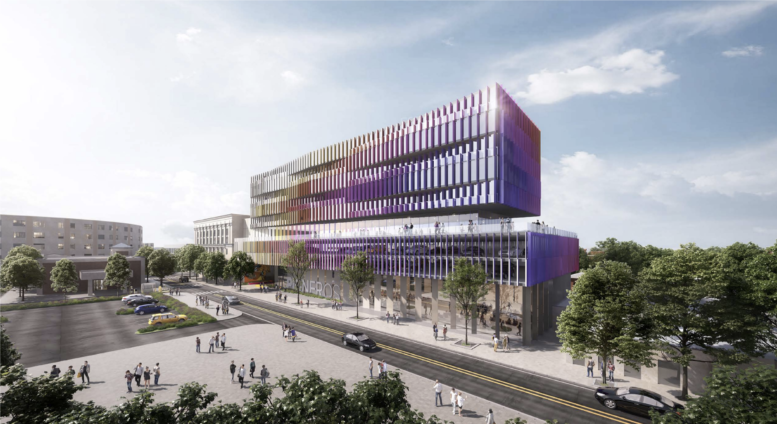 Updated details have been revealed for the mixed-use development at 4000 W North Avenue in Humboldt Park. Dubbed Team Pioneros, the Invest South/West-winning project was presented to the Committee on Design this past week as it begins its journey towards groundbreaking. Park Row Development is working with a 100 percent Latinx-owned team led by local architecture firm JGMA who will not only be working on the design, but will be moving into the restored Pioneer Bank upon completion. 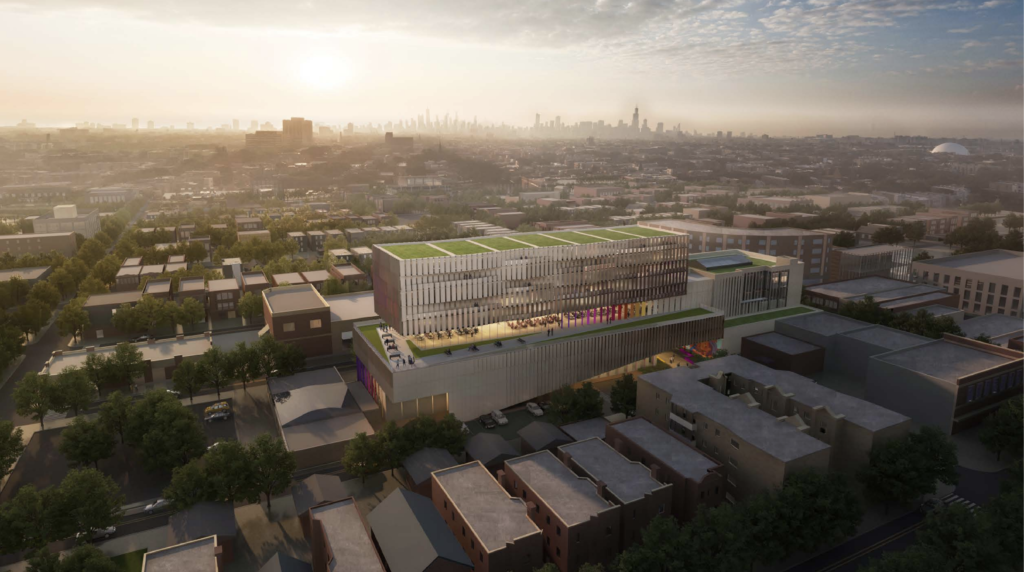 With new information on how the form was developed, the final massing was achieved by a study of multiple iterations including a terrace and twisting concept that ultimately led to the proposed shifting boxes design. One of the main changes since we last covered the project includes the upper box which holds multiple stories of residential units; a redesign of alternating protruding levels to create new balconies while also casting shadows on levels below.

Anchoring the project is the existing Pioneer Bank building on the corner which will be restored into a new commercial space with a ground-floor flexible gathering area in the central banking space and offices and collaboration spaces surrounding it. The first floor will also have a restaurant space with a catering kitchen above, followed by an office mezzanine within the main banking hall and two full office floors above for JGMA with multiple meeting rooms, open office space, collab zones, a material modeling room, and a small wellness and game room.

Adjacent to the existing bank will be the new nine-story, 106-foot-tall building whose first floor includes a new covered plaza, and first floor of a new Chicago Public Library branch with community meeting rooms, children’s zone, a teen media room, and stadium seating leading up to the second floor. Above it will be a 3,464-square-foot adult section with a large reading room overlooking the floor below, along with three meeting rooms and two study rooms. Both floors also have the ramp to the 55-vehicle parking garage occupying the third floor, a reduction from over 100 parking spaces in the previous iteration. 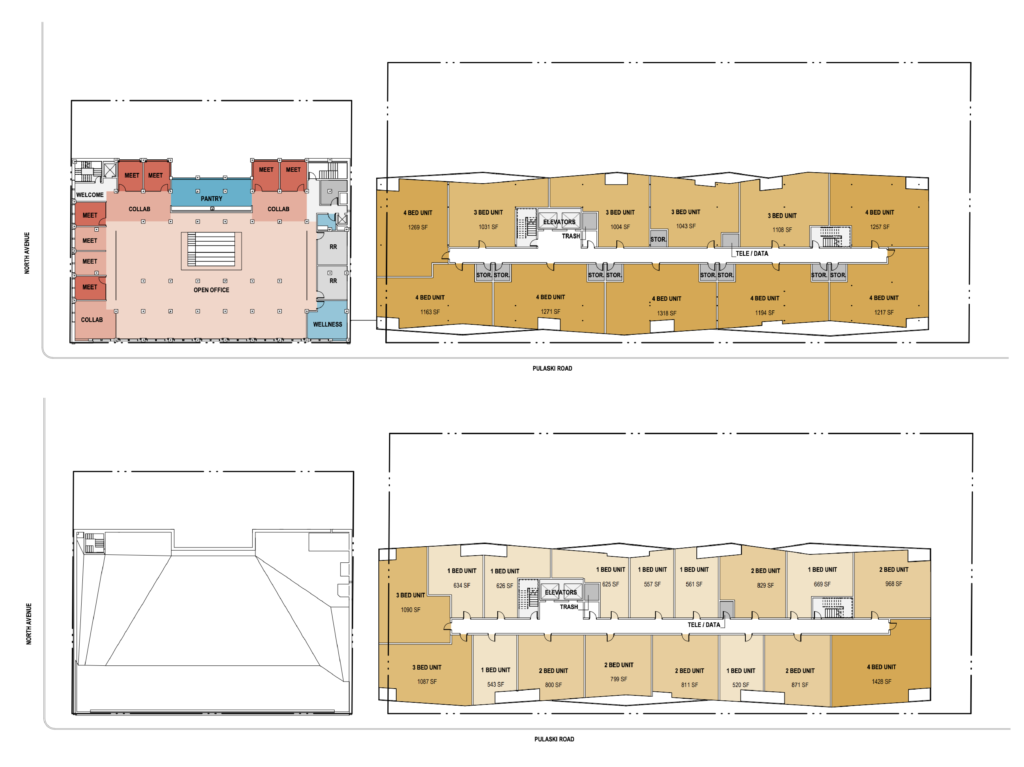 The covered plaza received multiple comments from the committee in reference to the lack of sunlight due to the parking level above it, which also led to comments asking the architects to rethink the connection of the two structures. The fourth floor also got some comments about how it may be difficult to keep active given the split from the first two mixed-use levels. This floor would bring a 3,660-square-foot health counseling center run by Humboldt Park Health open to the public, along with amenity spaces like a fitness room, community room, tenant lounge, two large tenant storage rooms, and a laundry room surrounded by a massive outdoor terrace. 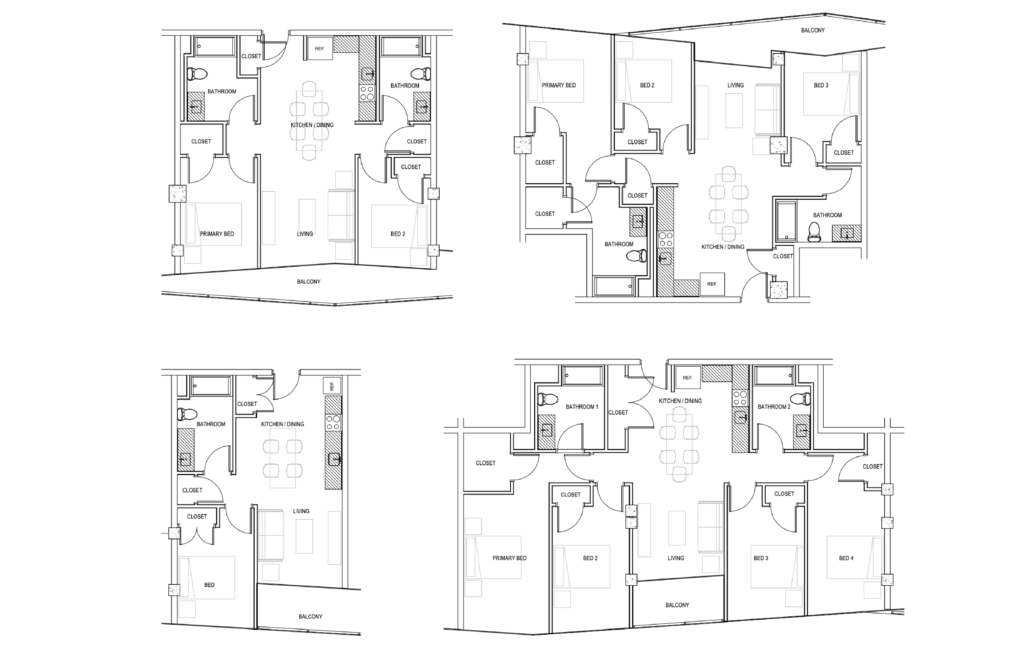 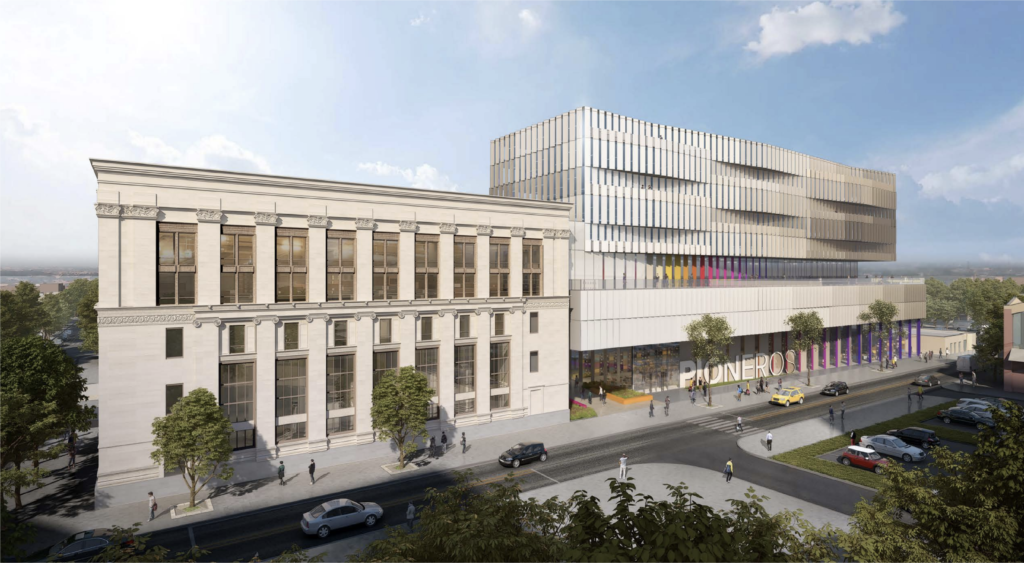 The exterior was complemented by committee members for its bold use of colors representing multiple Latin American cultures and even encouraged exploring how they could be incorporated into the rest of the site design along with landscape. At the moment there is no construction timeline on the project and developers will still need to present the revised design to the various city organizations needed to approve its rezoning and final plans.