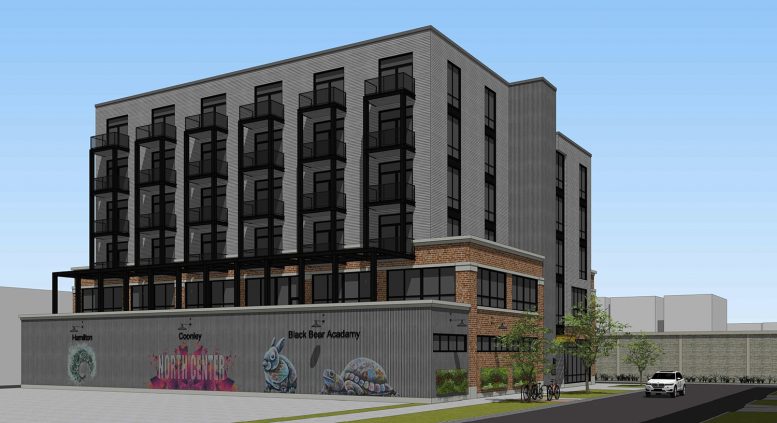 The Chicago Zoning Board of Appeals has approved a mixed-use project at 1800 W Berenice Avenue in North Center. Located on the intersection with N Ravenswood Avenue, the site is currently occupied by a two-story building housing a small theater group and is bound by CTA tracks to the west and Metra tracks to the east. Landrosh Development is the firm behind the project with Sullivan Goulette Wilson Architects working on the design which received zoning approval last year. 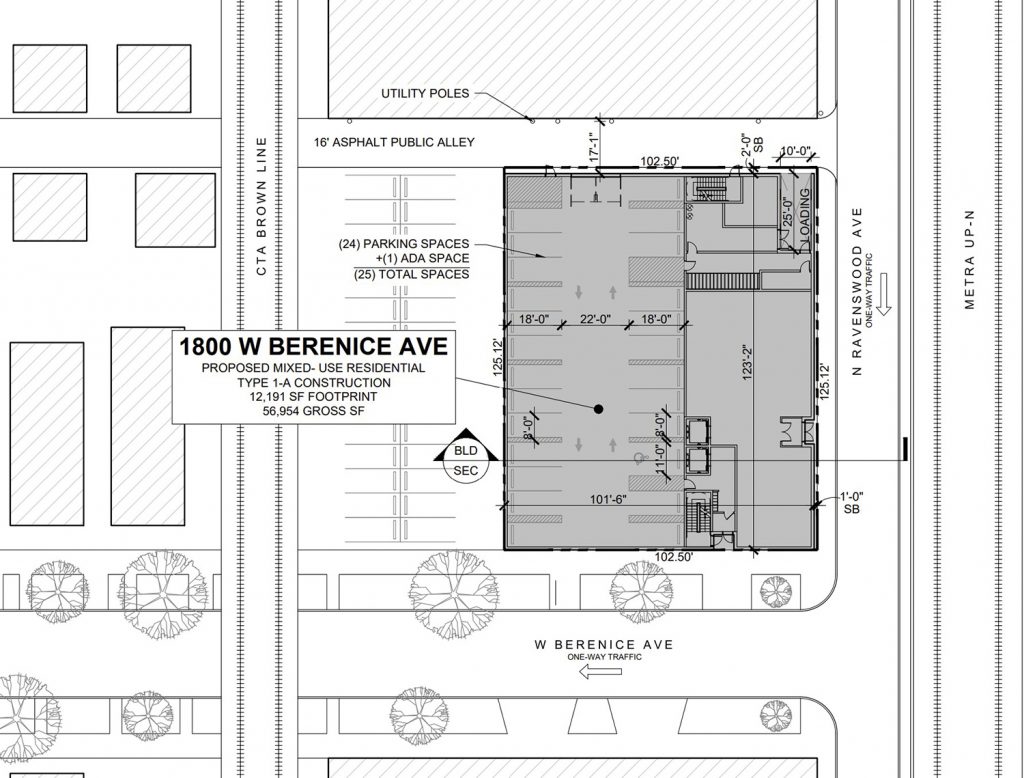 The six-story, 80-foot-tall will occupy the 12,191-square-foot footprint of the site and hold 44 residential units split into four studios, 36 one-bedroom, and four two-bedroom floor plans on levels three to six, of which eight will be considered affordable. Below that occupying the first floor will be 25 covered parking spaces accessed from the rear alley and a 2,945-square-foot retail space fronting N Ravenswood Avenue, with the second floor containing a 9,931-square-foot office space. 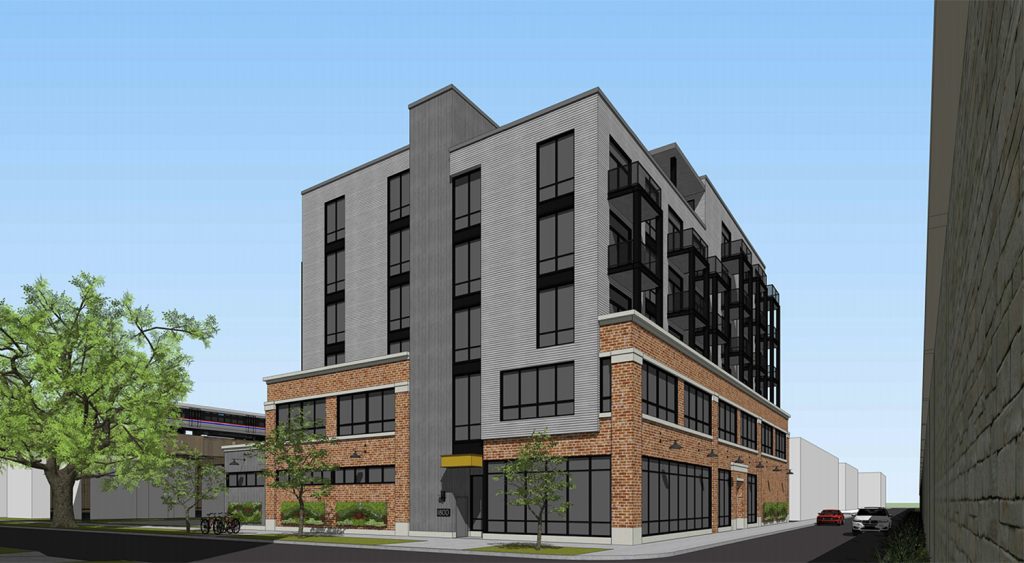 The building will attempt to maintain the existing streetwall with a design that appears to be three different structures, each clad in different materials. Farthest west will be a one-story metal panel clad structure which will allow art to be painted on the west facade, next to it will be the two-story base of the development clad in masonry with cast stone detailing. Above that the four stories of residential units will be clad in metal panels with black steel protruding balconies and vertical support columns. 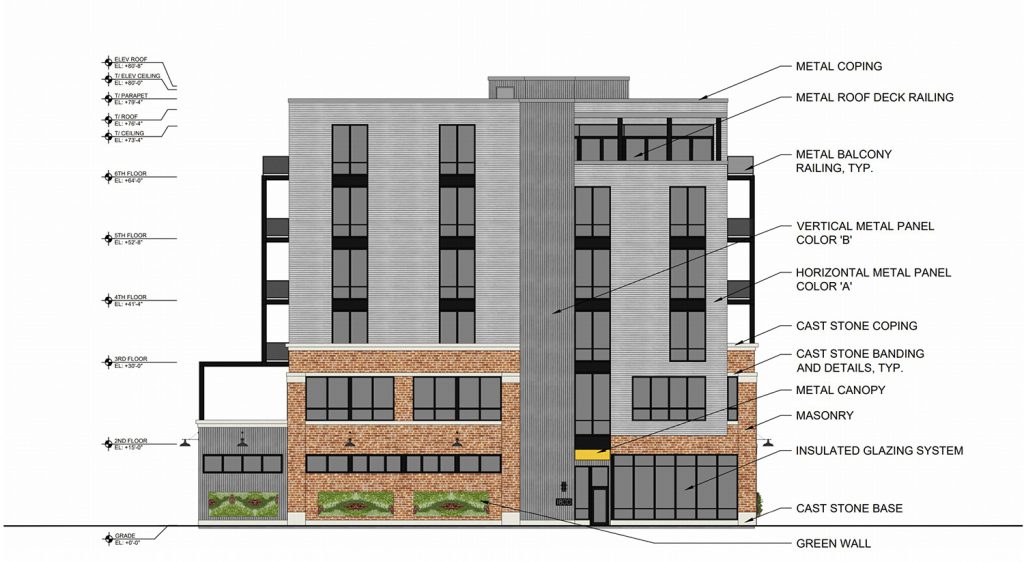 The approval which allowed it to reduce its rear setback from 30 feet to 16.5 feet was one of the last necessary hurdles it needed to clear in order to move forward, having already received a demolition permit for the existing structures. At the moment no formal timeline has been announced but it is worth noting the developer has applied for foundation and full build permits at this time.