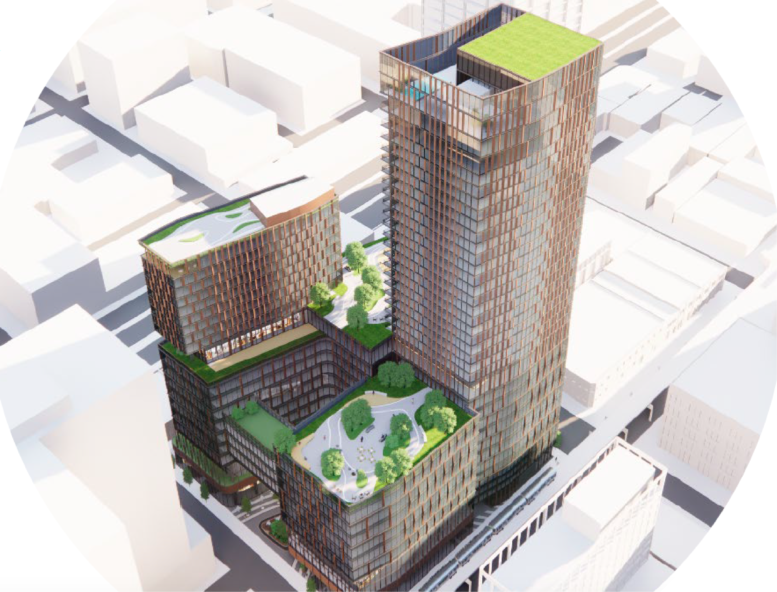 Updated details has been released for a mixed-use development at 170 N Green Street in Fulton Market. Located just north of W Randolph Street, the multi-structure project will replace the old Bridgford Foods plant which was vacated in 2020 and is currently being demolished. The joint venture developers of St. Louis-based Clayco’s real estate division CRG and West Loop native Shapack Partners, have tapped the Chicago-based architecture firm Lamar Johnson Collaborative on the new design. 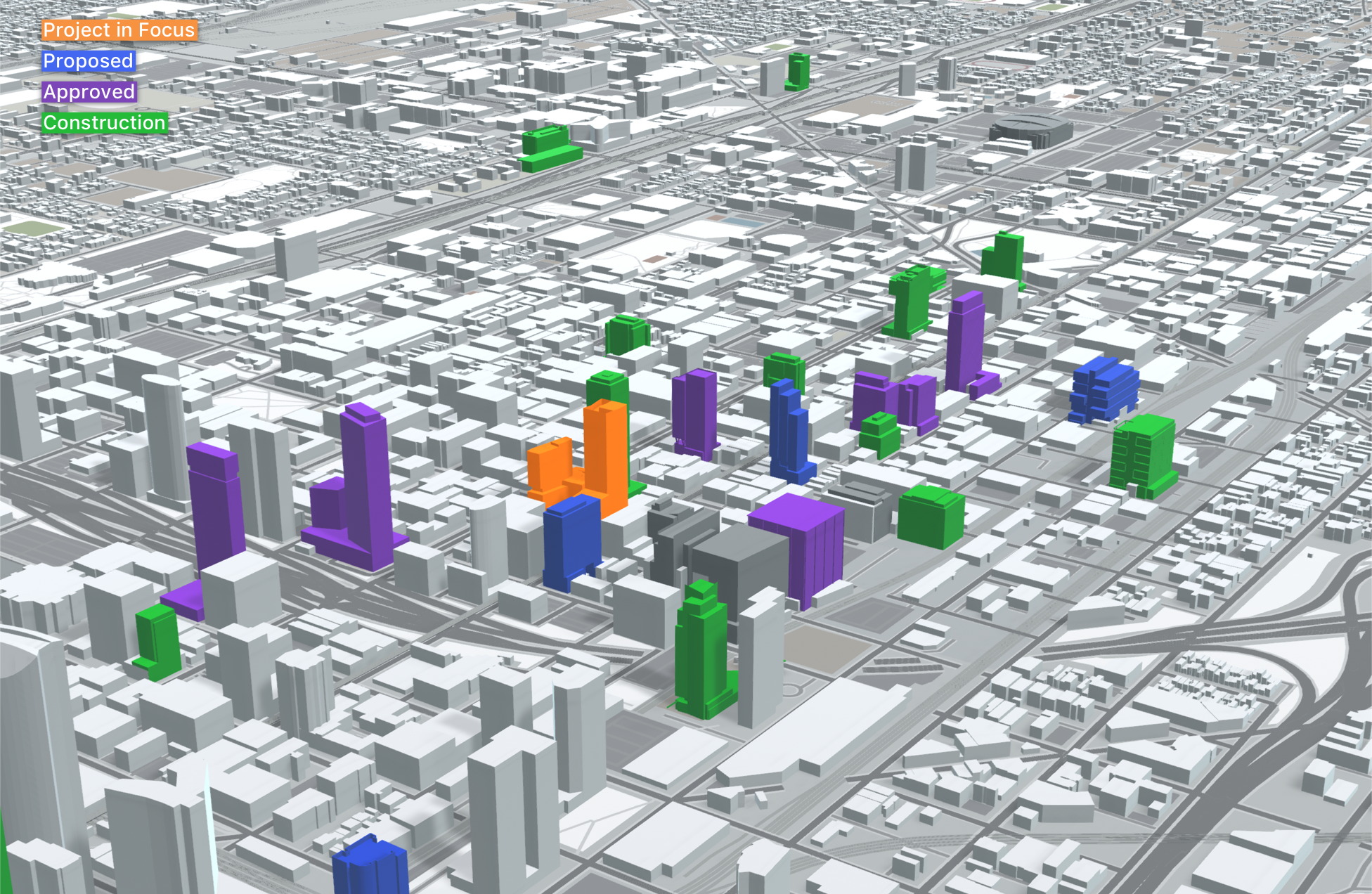 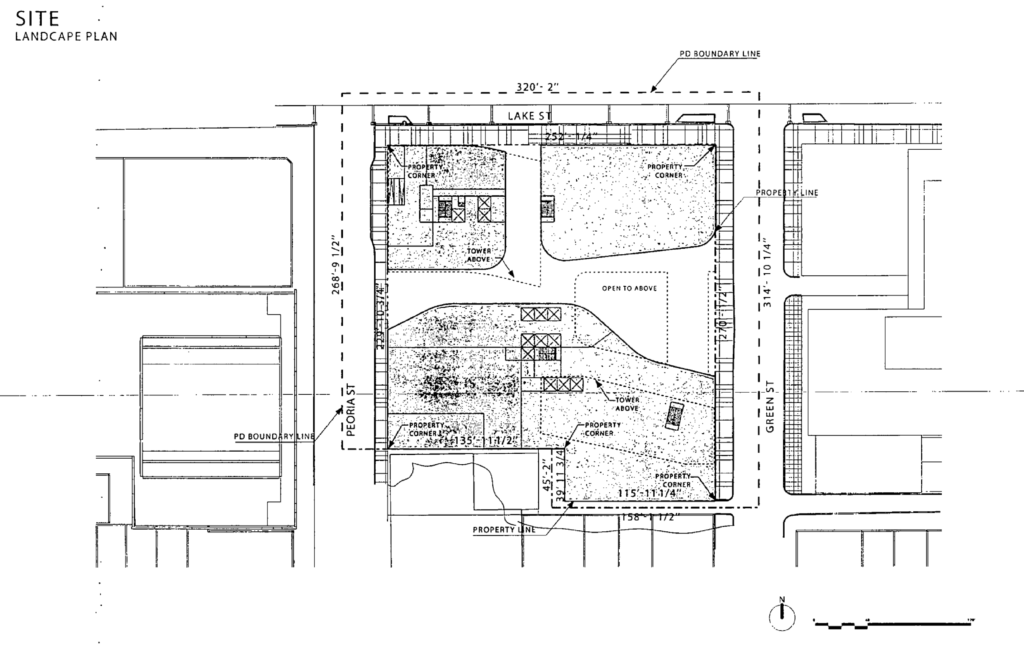 The new design isn’t the first time the site has seen a proposal, in 2016 Bridgford Foods revealed a 17-story residential building which gained city approval, however in 2020 they ultimately decided to sell the property to Clayco for $60 million according to a Crain’s article. Since then the developer has been quiet about the plans until the recent zoning application and demolition, that will also take the 6,400-tile globe mural completed in 2018 by artist Rich Alapack with it. 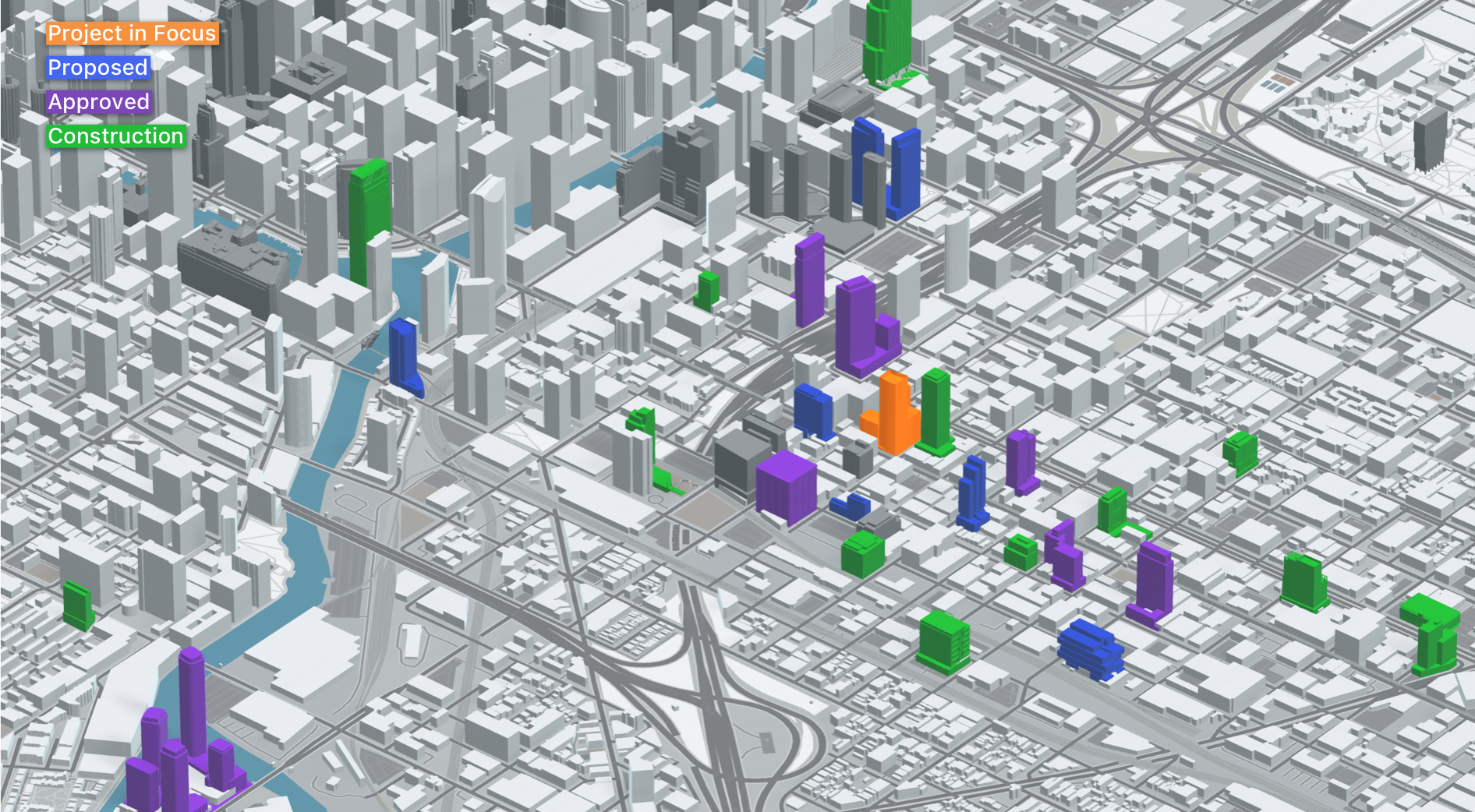 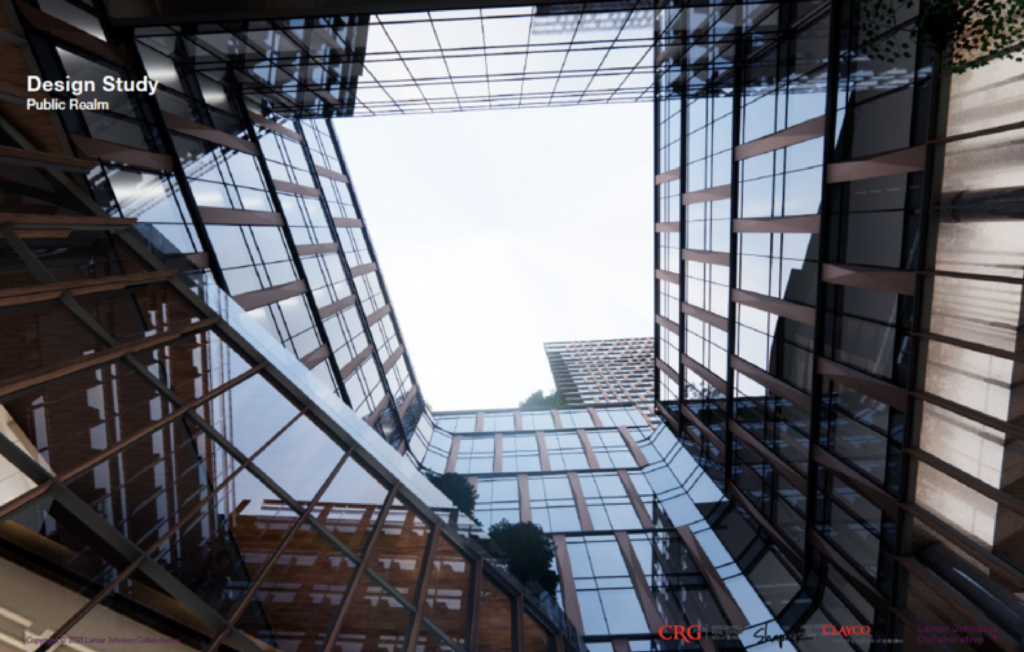 Replacing the factory on its 62,600-square-foot site will be a large multi-sector development including a 40-story tower rising roughly 455 feet tall, with a 14-story, site-wide podium, and a potential shorter second tower which would top out at roughly 25 stories tall. The potential is due to a discrepancy between the renderings which show the second tower, and the application elevations which only show the taller main tower, but do call out a second less-developed tower on the site plans. 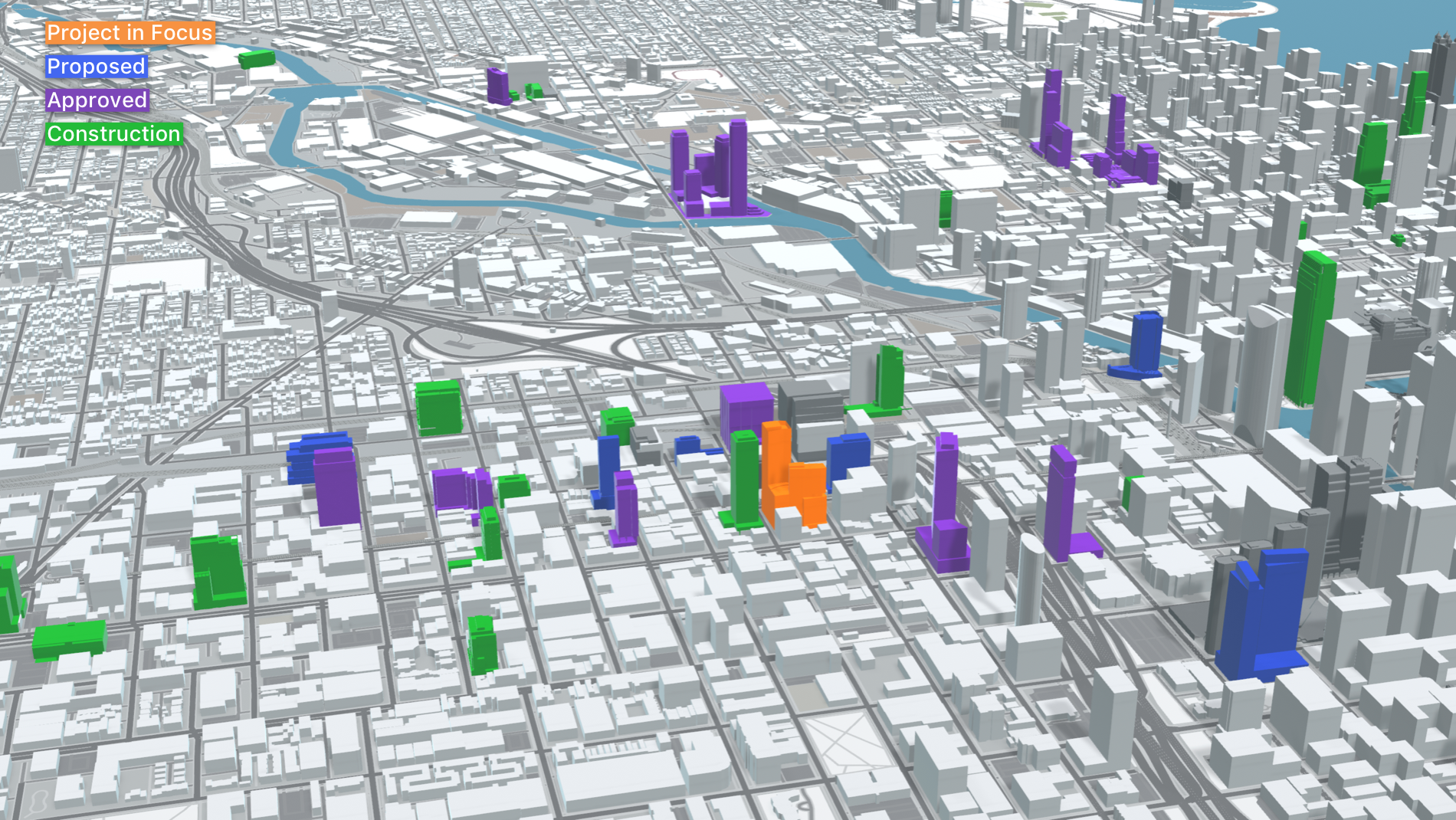 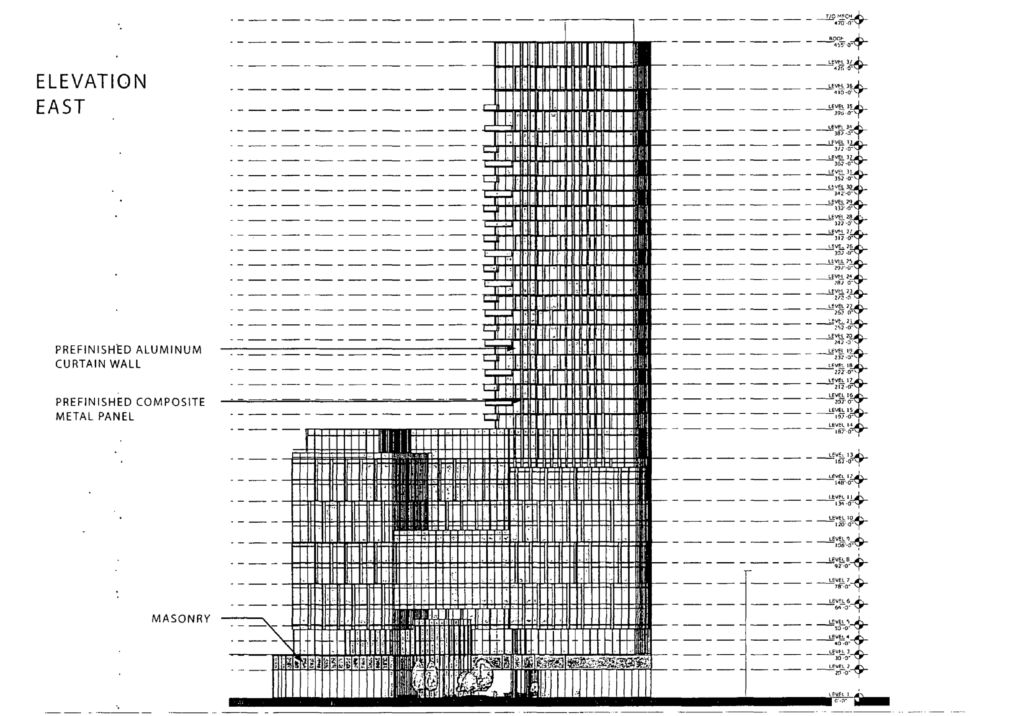 Upon completion the new property will include 275 residential units, of which 20 percent will need to be affordable, roughly 350,000 square feet of office space, 150 hotel rooms, 235 vehicle parking spaces, 97 bicycle parking spaces, and a large variety of ground-level retail shops, though they are subject to change. The first floor will also be broken up into three sections with outdoor corridors similar to, and align with The Mews across the street at 167 N Green Street, also developed by Shapack Partners. 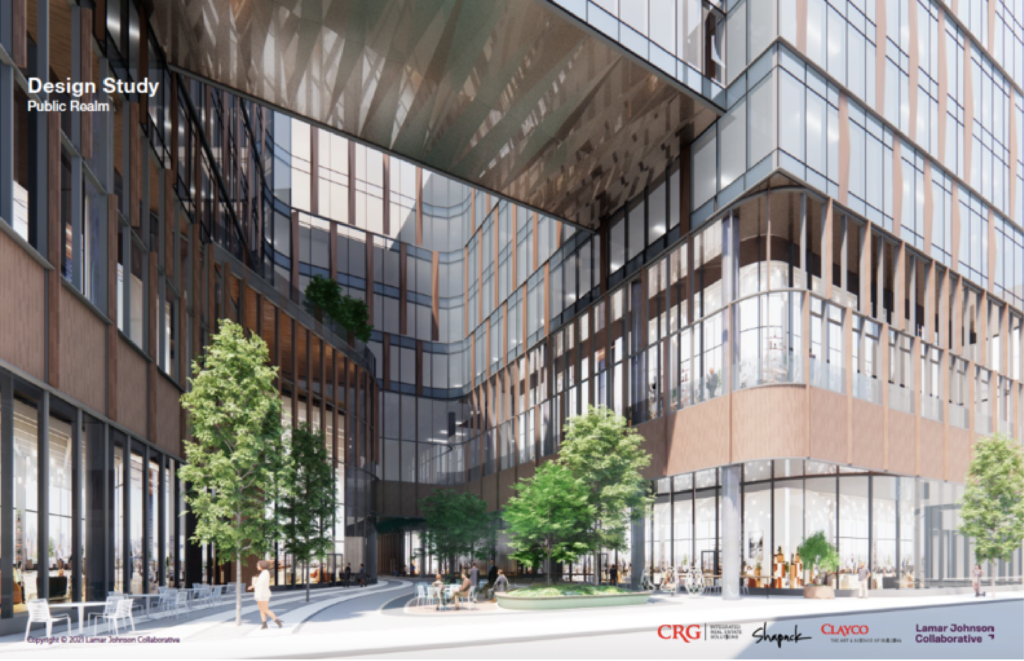 The corridors open up to Green, Lake, and Peoria Streets and will get plenty of sunlight due to a large opening cutting through the whole podium over the main portion which will provide plenty of seating, greenery, and have a few terraces overlooking it. Although not confirmed, from the renderings we can see that residents will have access to rooftop decks across the podium and a rooftop pool on the main tower. 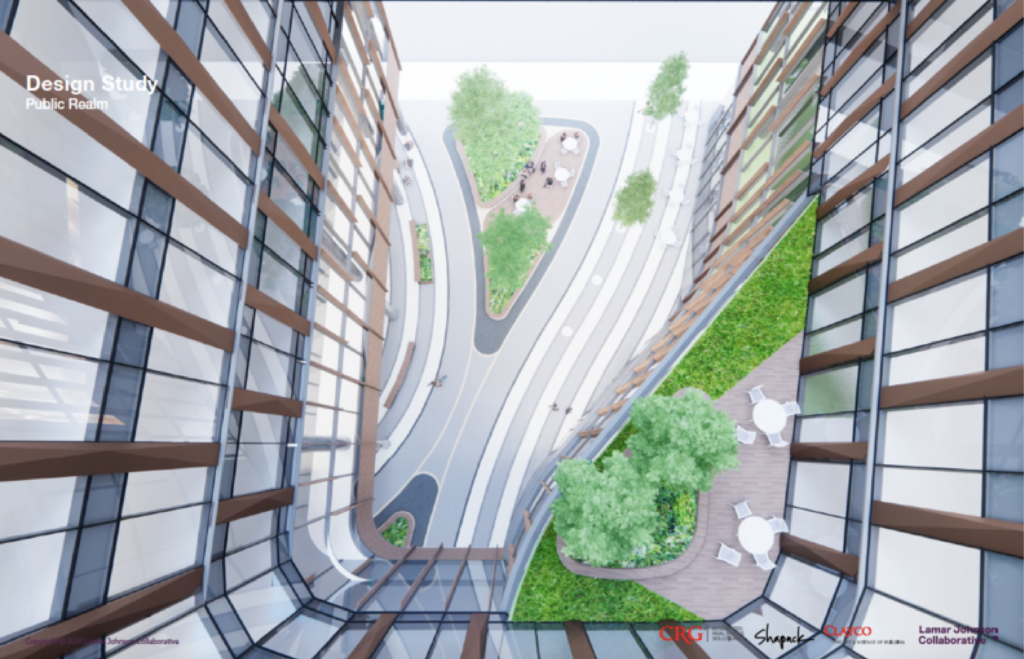 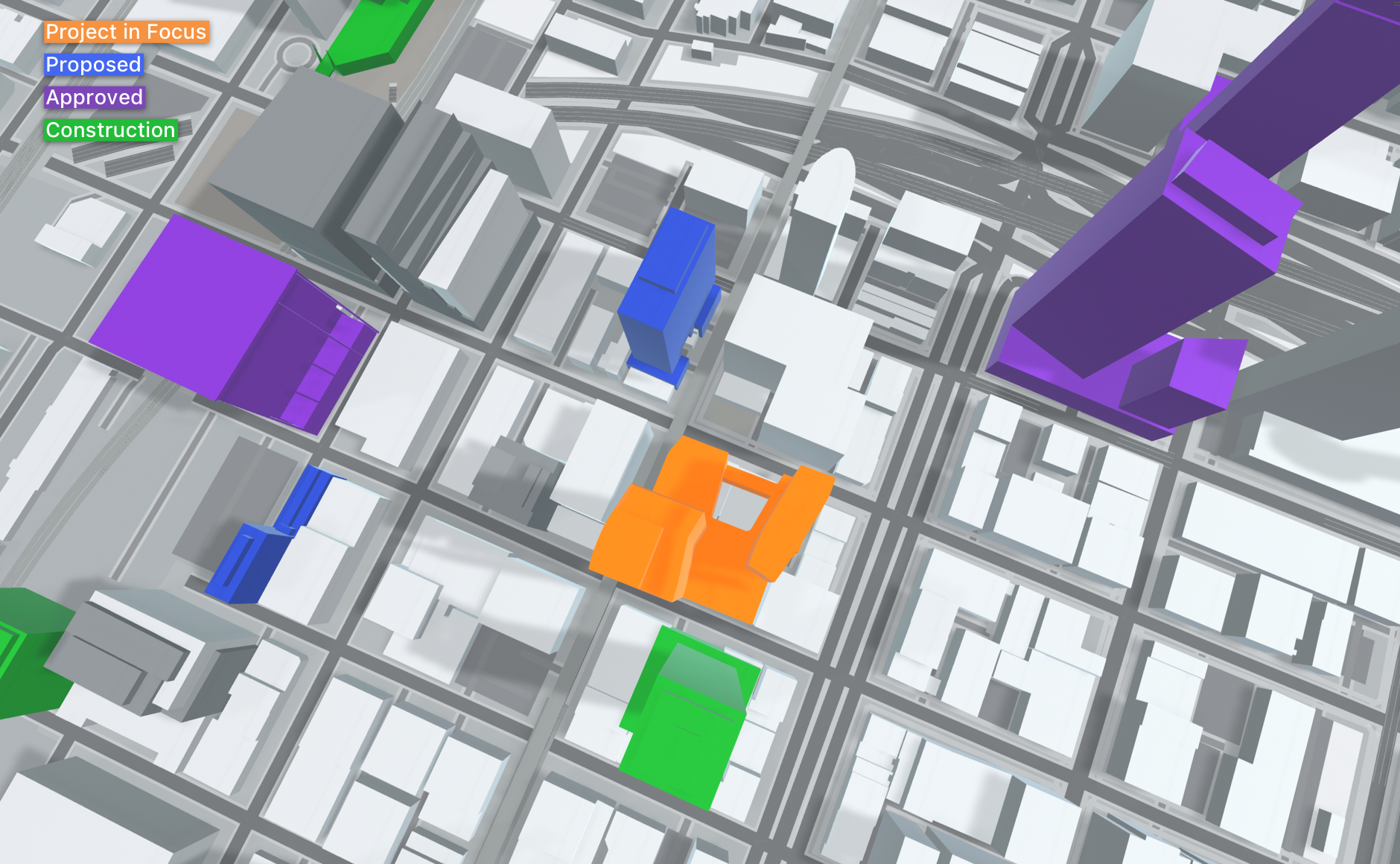 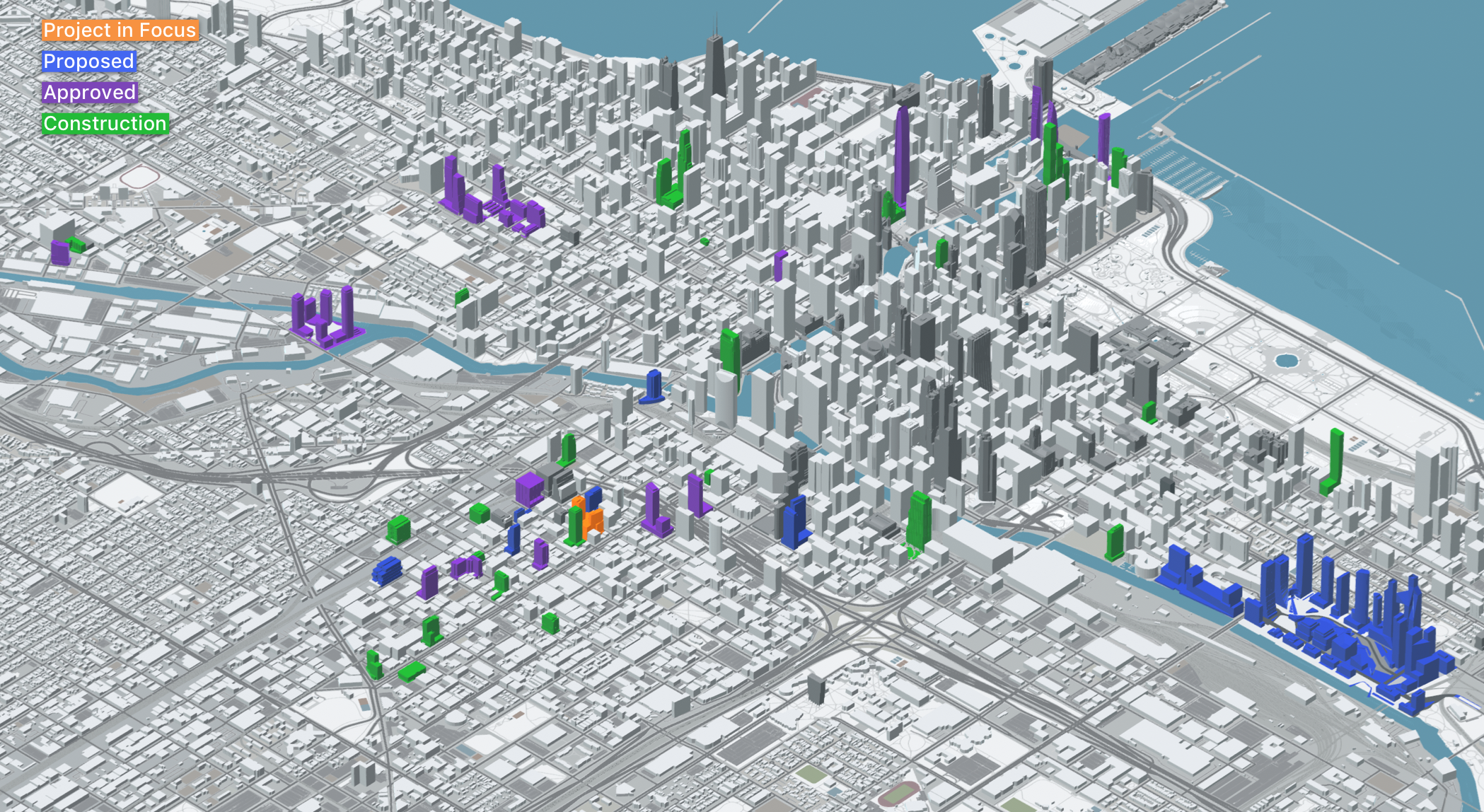 The glass and metal panel clad structures will not be the tallest in the area because of the 495-foot-tall 906 W Randolph next door, whose core is quickly rising. There is also the 600-foot-tall 1200 W Fulton Street that was recently announced. While no formal timeline was stated for the project, the current demolition and application indicate the developer’s desire to move forward quickly.