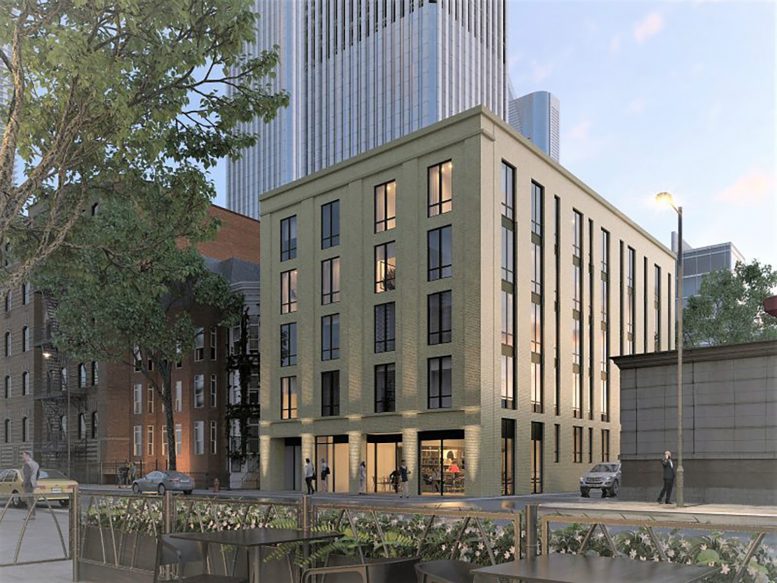 With final touches now underway for River North’s six-story 61 W Erie Street, it has been reported that the former condominium development by LG Development will switch in function to a hospitality venue for Sonder. The news comes as a bounce back for the hotel industry, with a demand for medium-term stays provided by Sonder being a part of this resurgence. 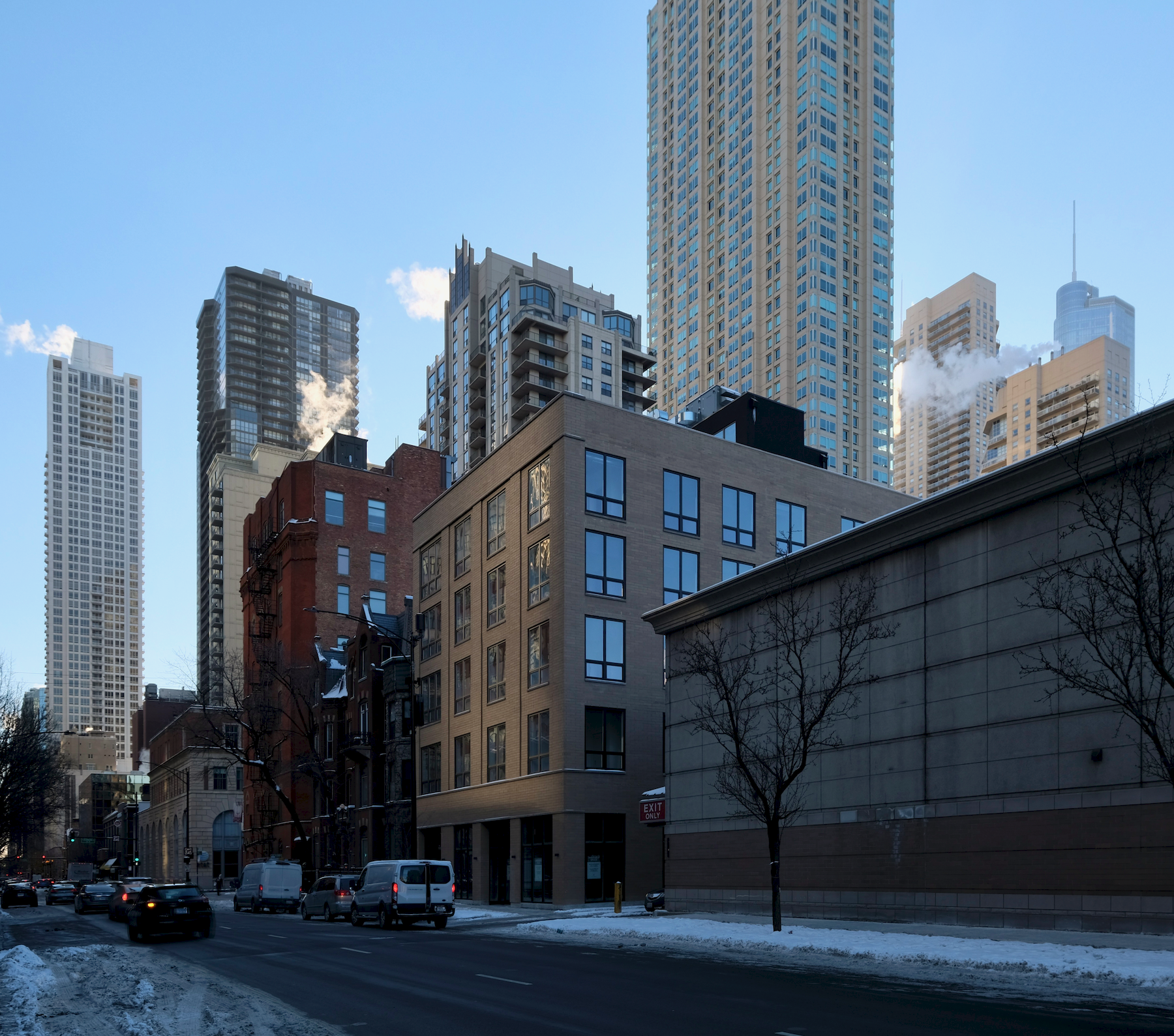 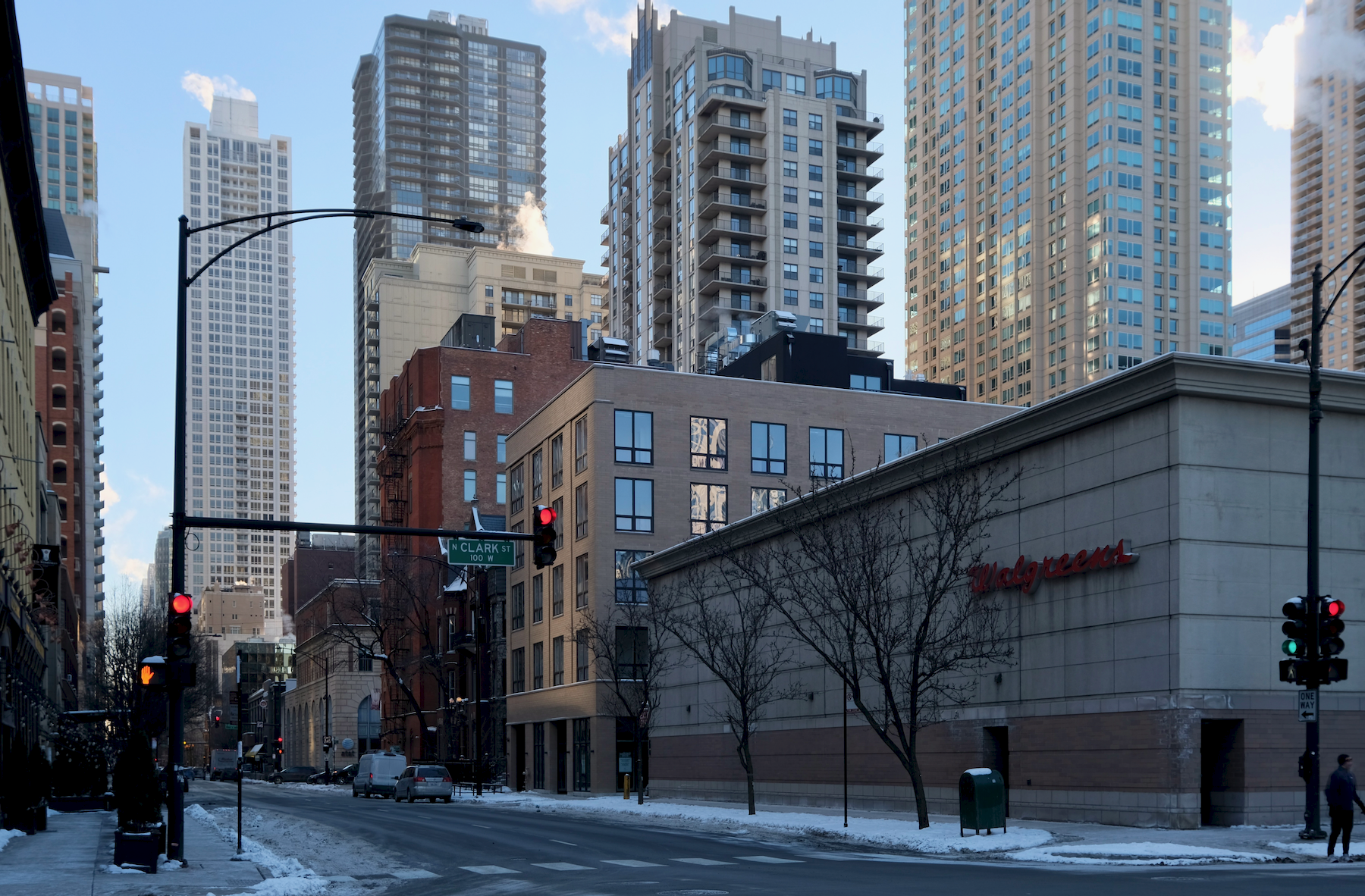 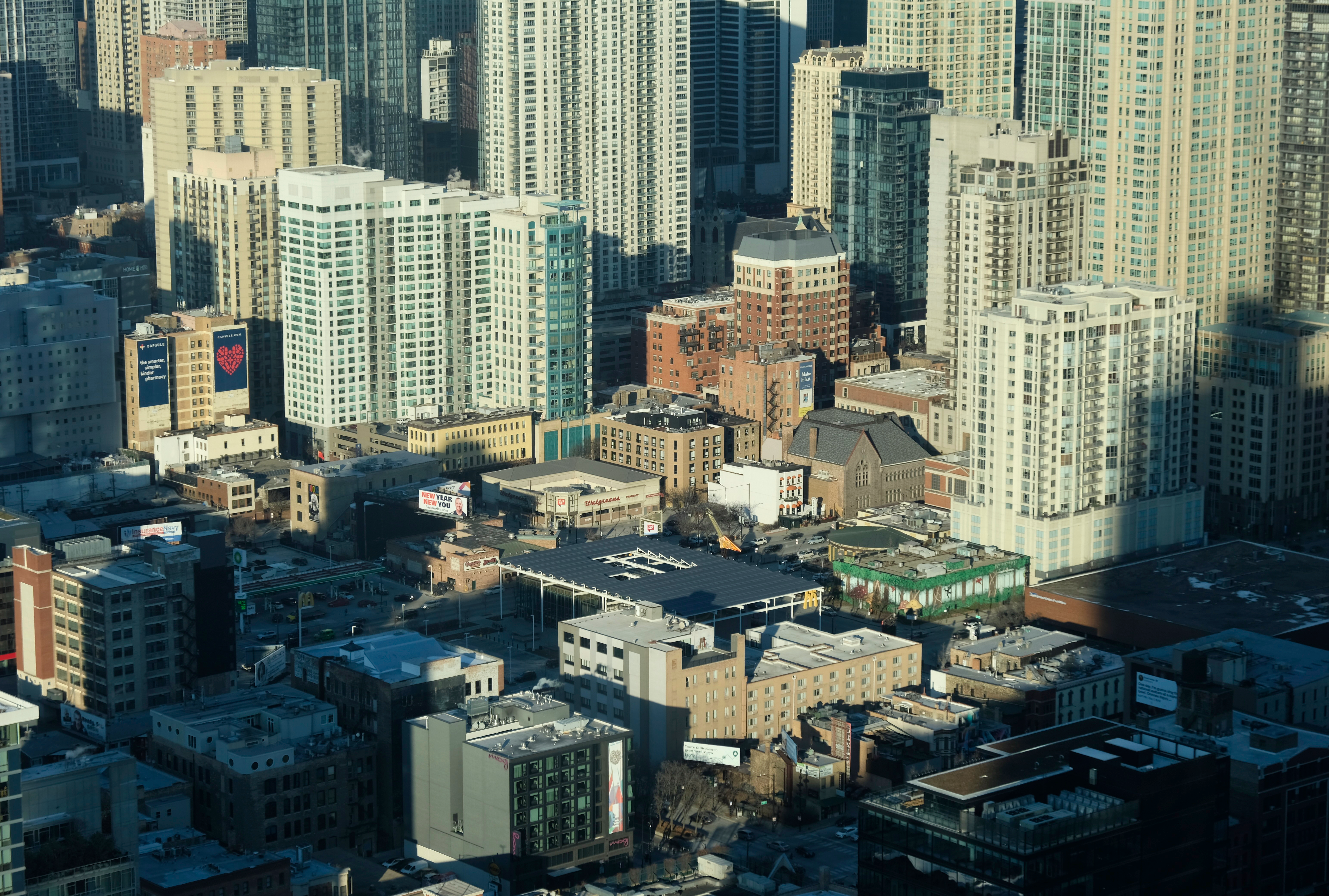 According to a recent article by Urbanize Chicago, the layouts of the 28 planned residences will remain the same, eliminating any need for a major interior overhaul. Of the units, plans for 21 larger units and seven efficiency units will not be altered. The edifice will still be mixed-use with a retail component housed within the base. The hotel component switch is as-of-right, given the parcel’s zoning designation of DX-5. 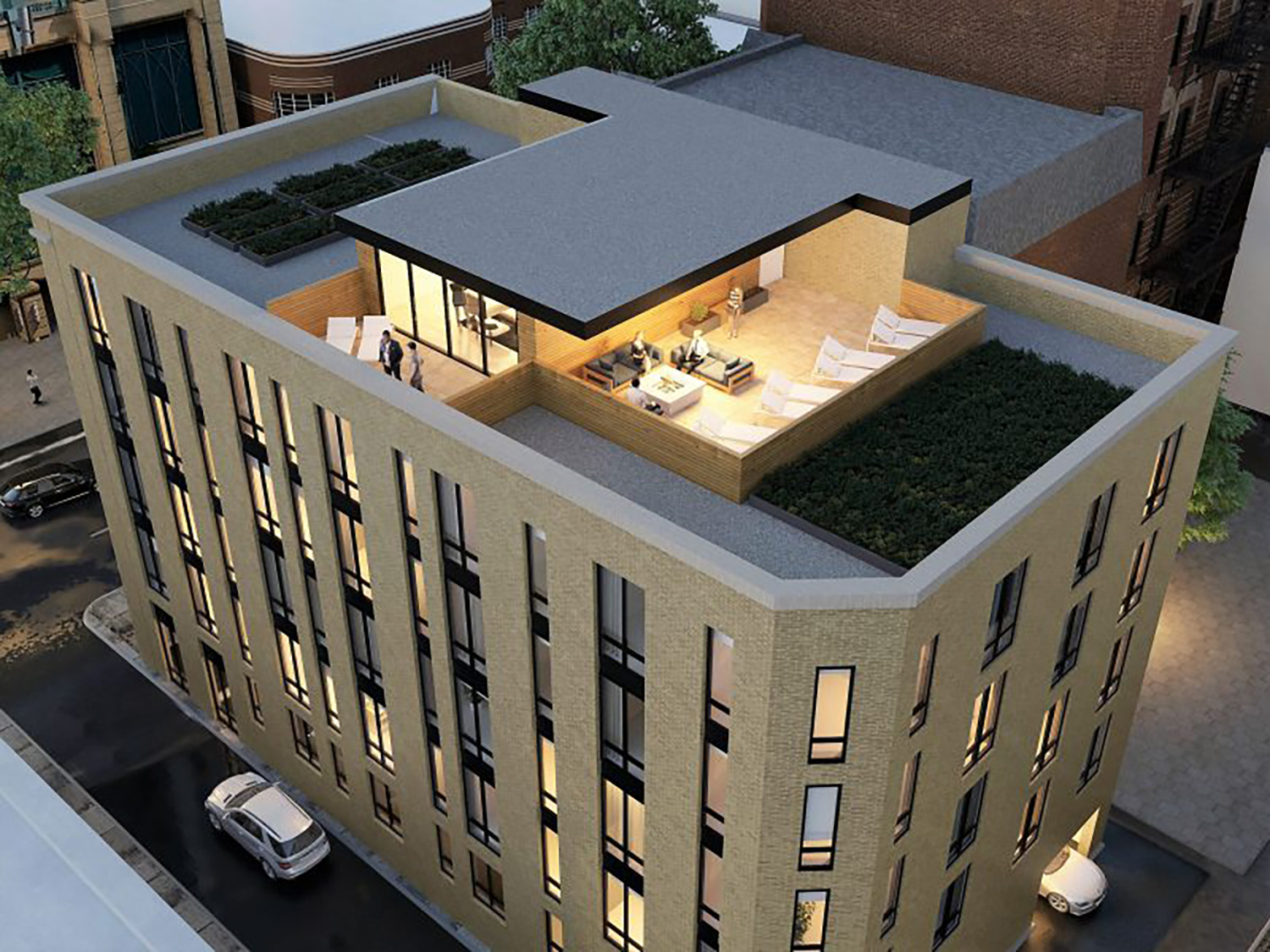 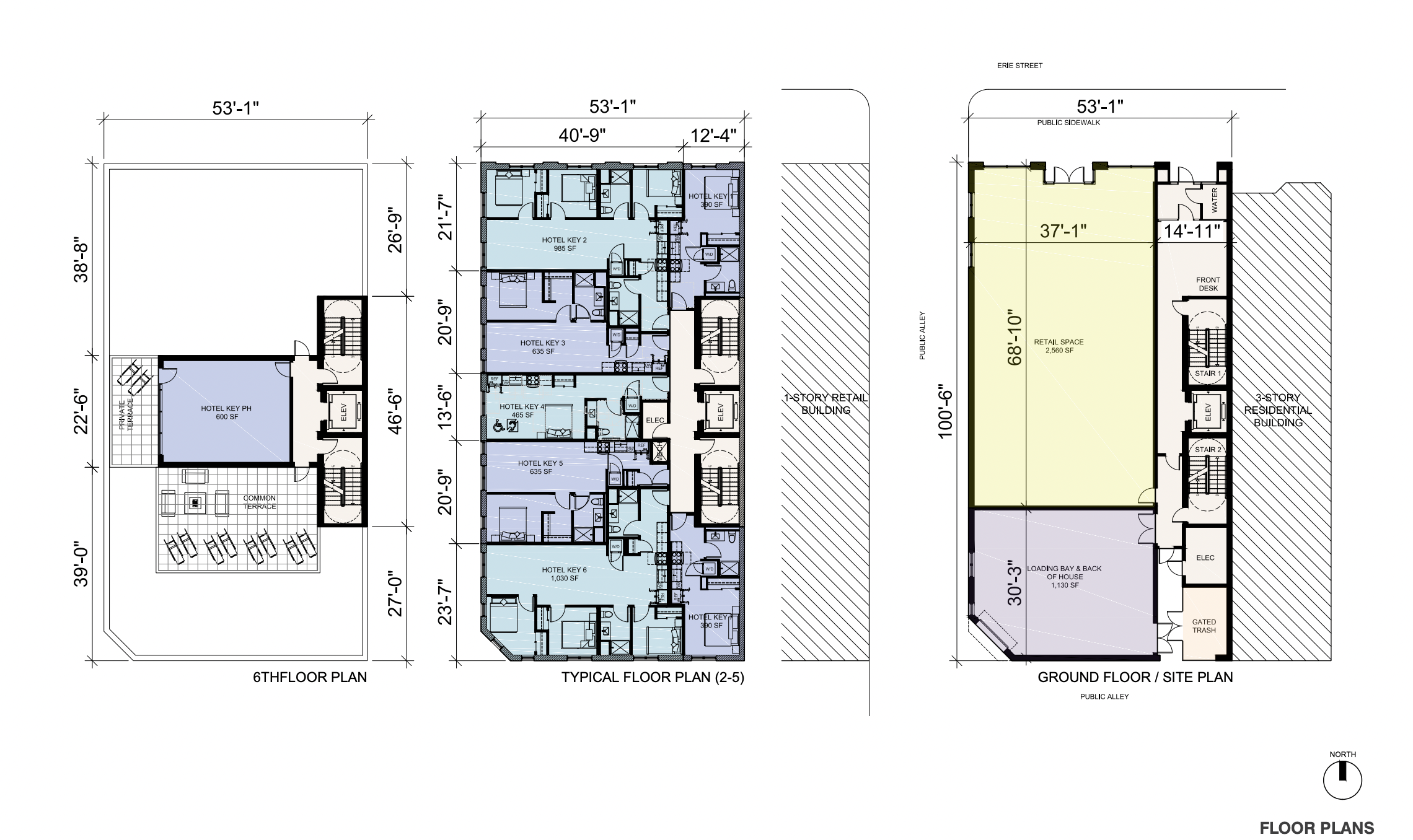 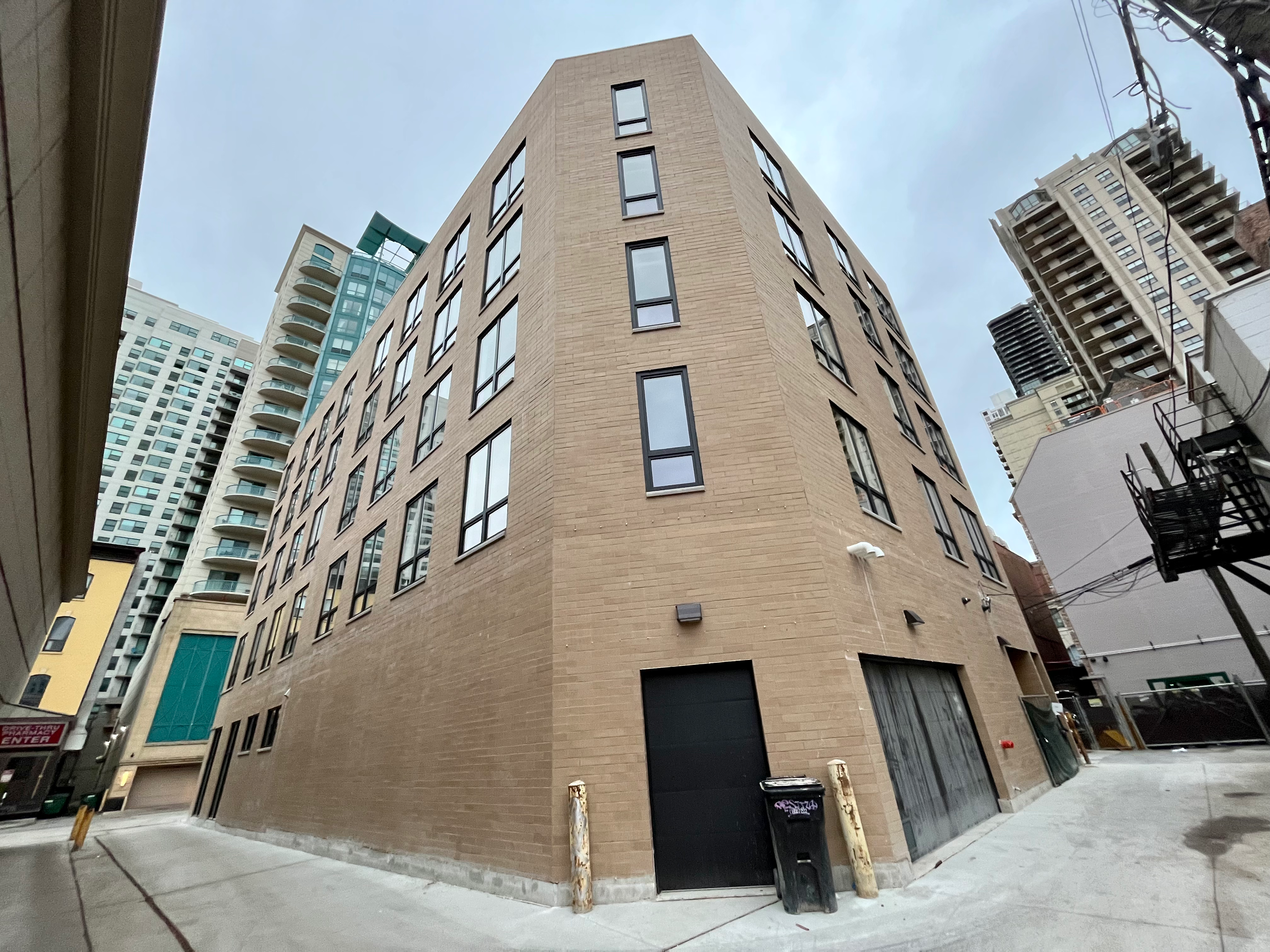 Beyond the core programming as noted above, Sonder guests will have access to on-site security, a sixth-level amenity penthouse, and an attached rooftop deck with sweeping city views. Parking will be very light, with just two spaces housed within the rear portion of the ground floor. 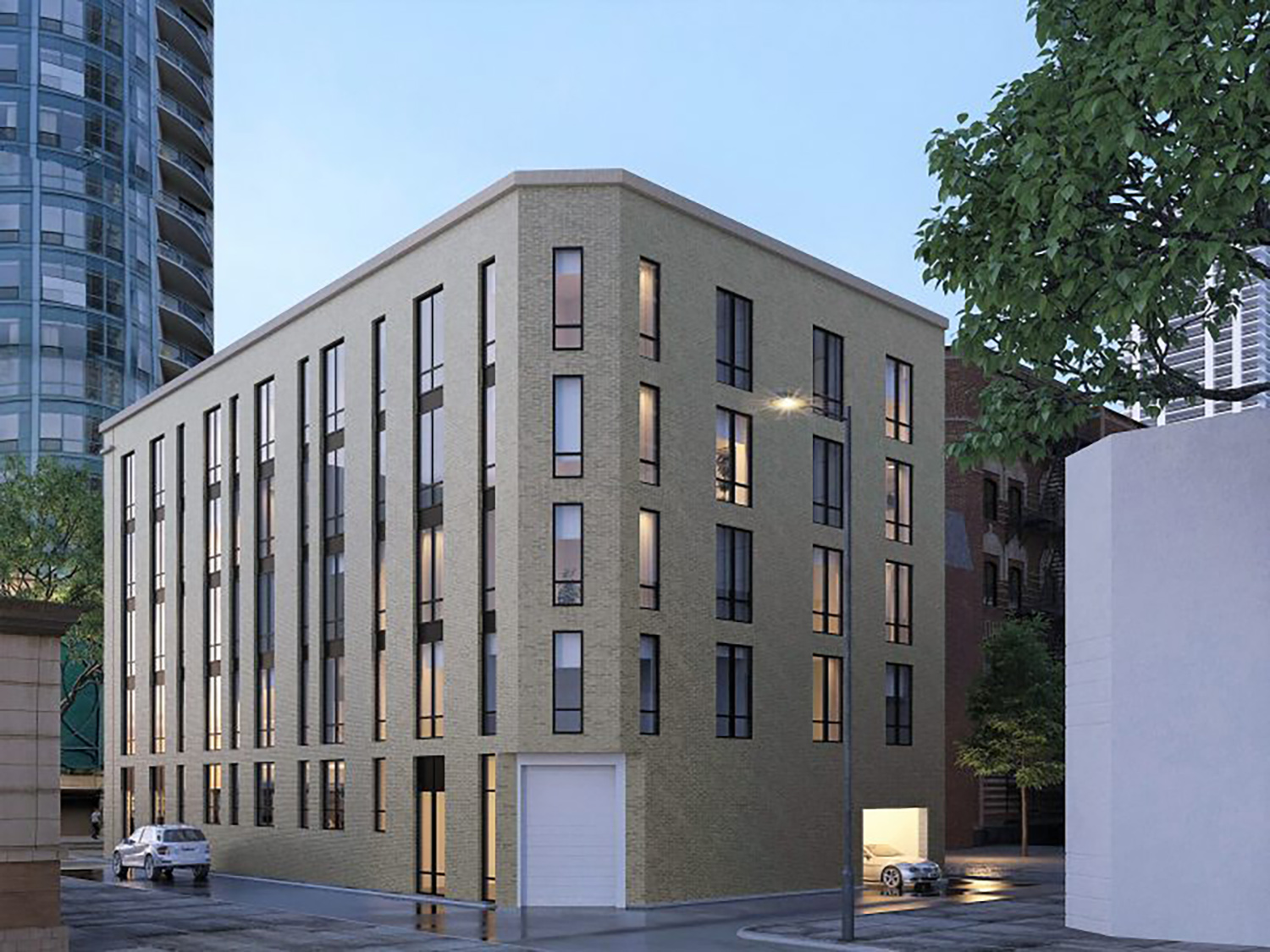 The building’s masonry design is by Jonathan Splitt Architects, and features a tan face brick, dark metal window trimmings, and a subtle yet decorative collection of architectural accents along its front. The rear southwest corner will also be trimmed for easier vehicular access. 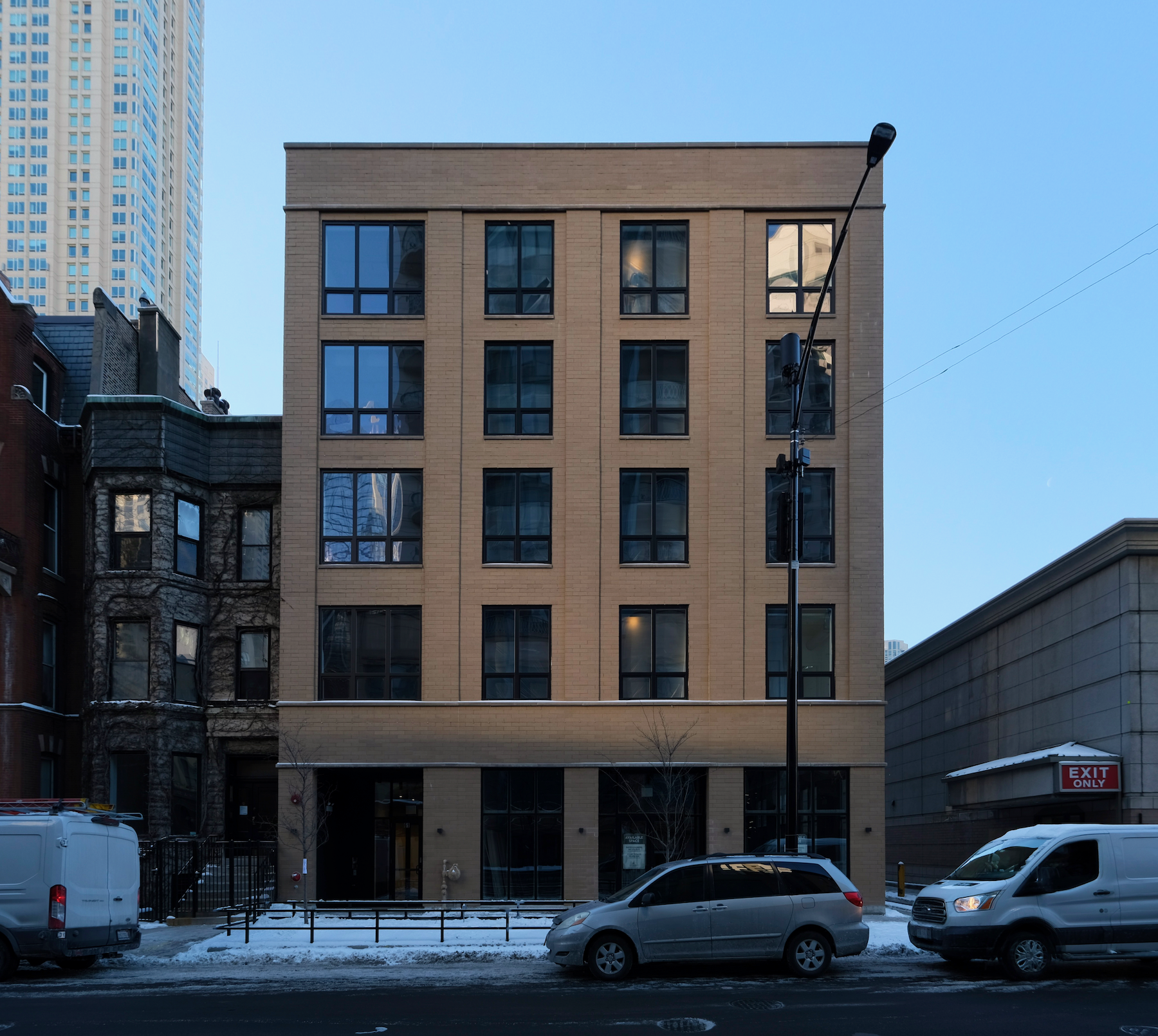 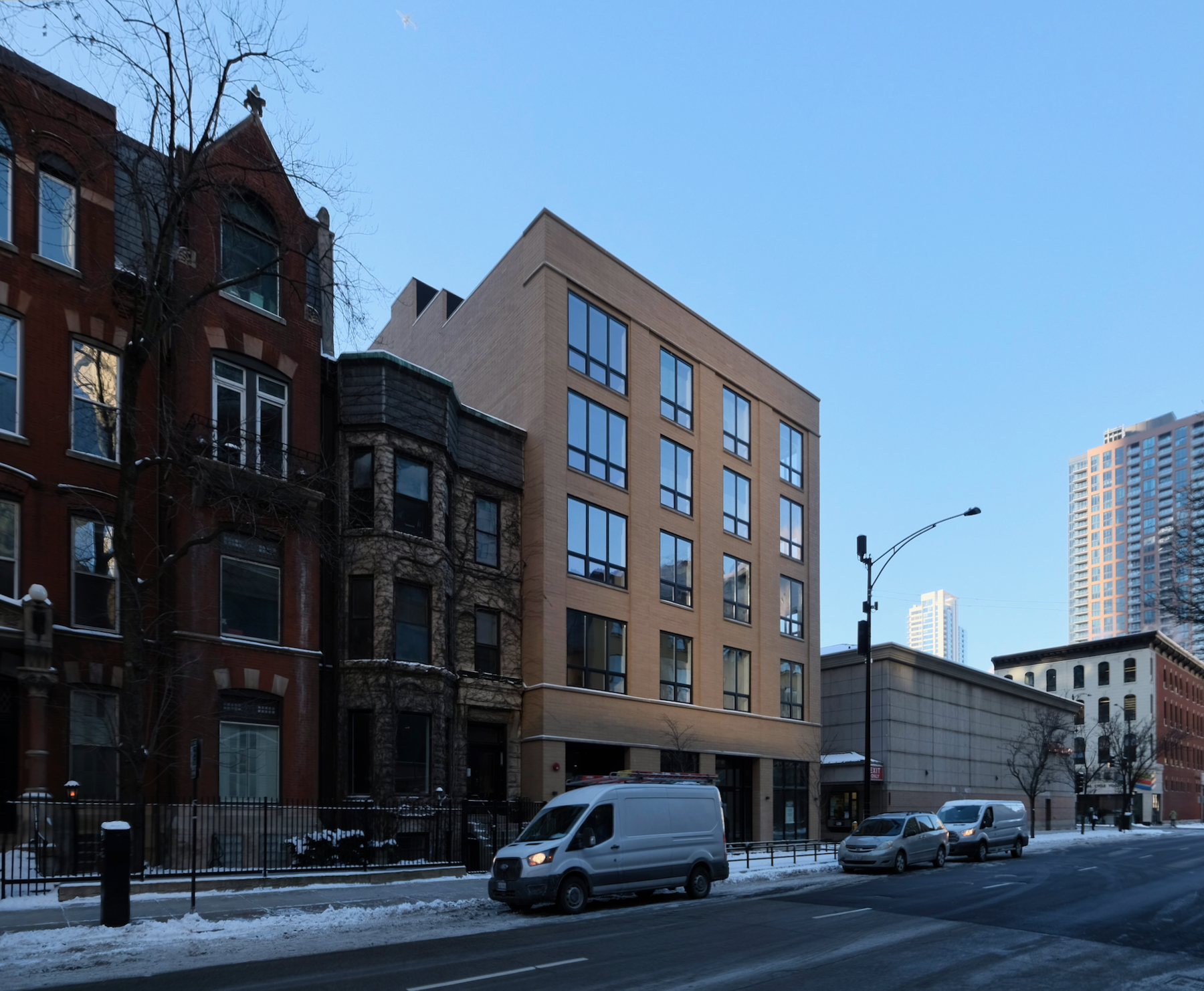 Transit-wise, bus service for Routes 22, 29, 36, 37, 65, 66, 125, and 156 are all within a 10-minute walk. CTA L trains can be accessed via the Red Line at Grand station via a six-minute walk southeast. Slightly further are also the Brown and Purple Line, located at Chicago station via an eight-minute walk northwest. 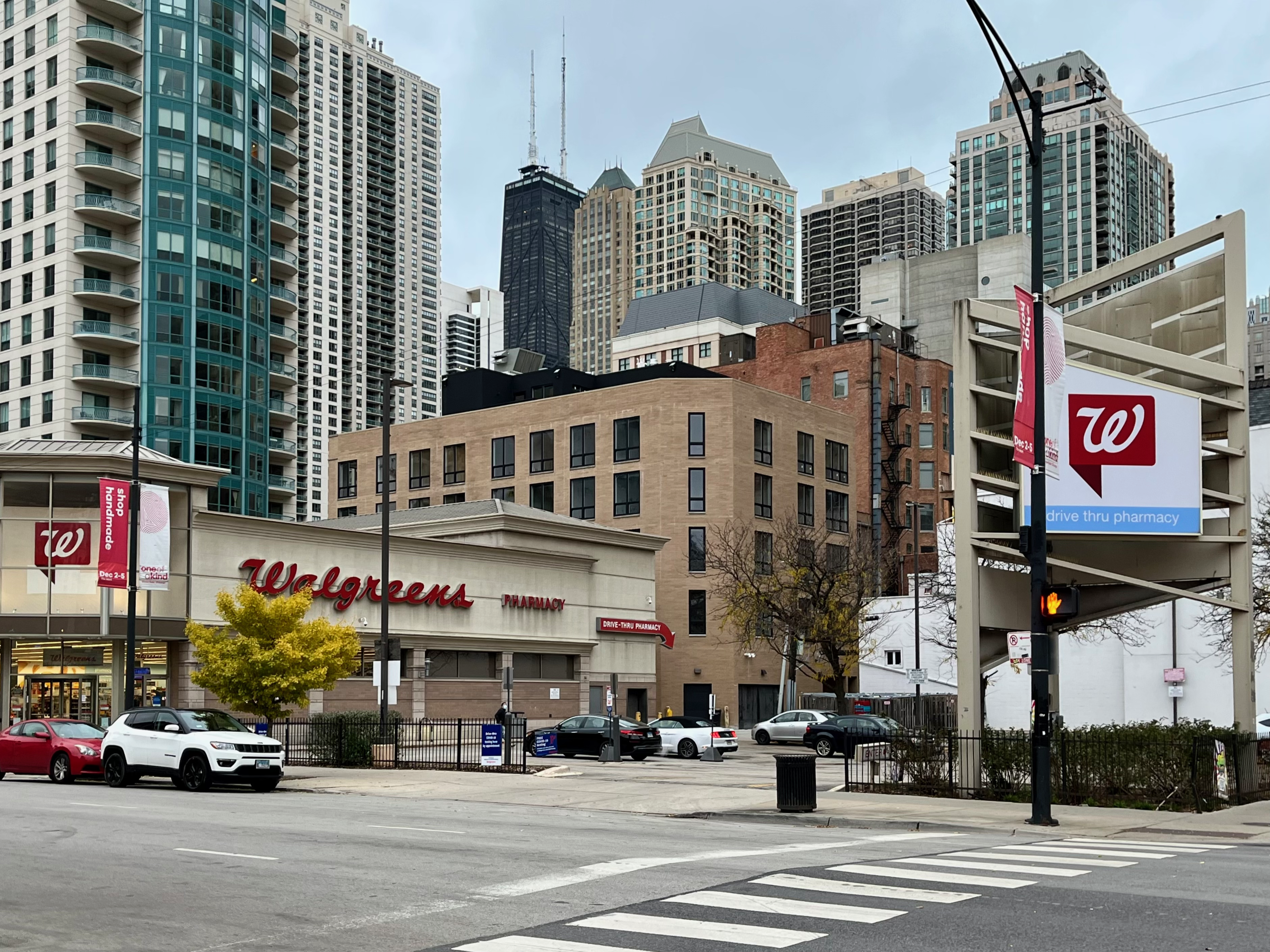 LG Development subsidiary LG Construction has served as the general contractor. Given the functional pivot of its programming, a full delivery will likely be soon, though a confirmed date is not yet known.