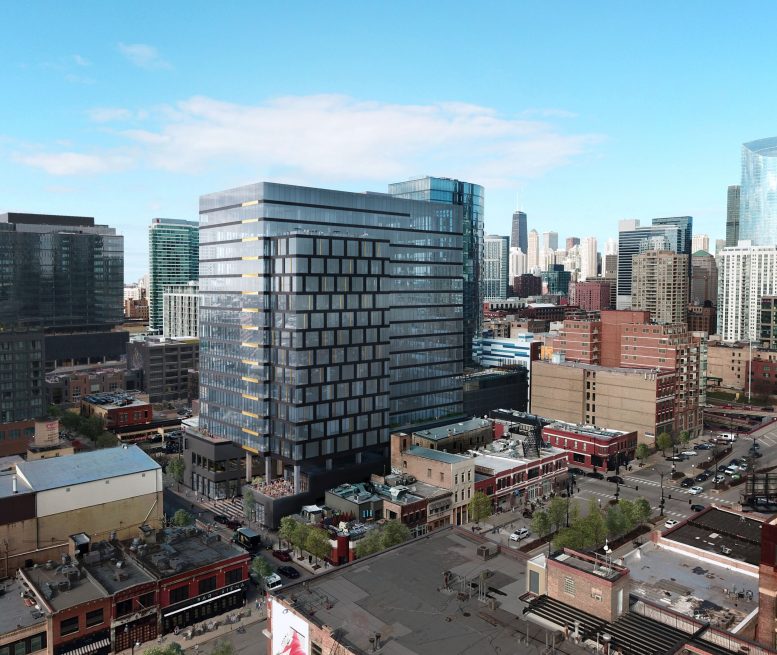 Final exterior touches are wrapping up at 167 N Green Street, a 17-story mixed-use development located in West Loop‘s Fulton Market neighborhood. Co-developed by Focus and Shapack Partners, the 290-foot structure will house a mix of office space, tenant amenities, and a retail portion in its base. This retail portion is one of the most notable features within the building, whose 30,000 square feet of mercantile space line a ground-level corridor known as “The Mews”. This corridor also contains access to the office lobby, as well as additional space for outdoor retail setups. 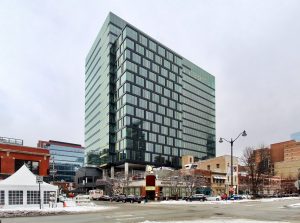 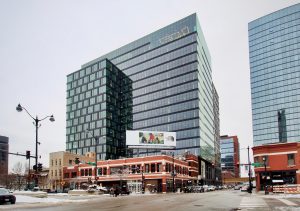 The office floors have their own high-profile features, including the largest floor plates in the Fulton Market area at roughly 47,000 square feet. Other in-office features comprise of floor-to-ceiling windows, over 13-feet-tall ceiling heights, and select private terraces. The building also offers four spec suites on the 10th floor, ranging from 3,200 to 7,400 square feet. These designated spaces offer a mix of private offices, open workspaces, and conference rooms. 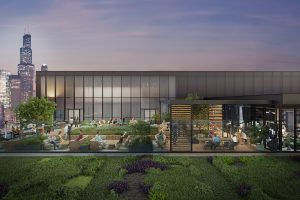 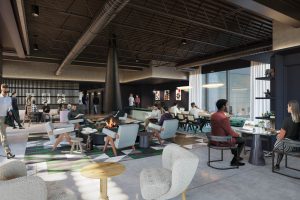 Tenant amenities are clustered in a full-floor penthouse plan that includes a full-sized basketball court that doubles as a 400-person town hall. Other offerings on this level include a gym with locker rooms, a tenant lounge, a game room, and a sprawling rooftop terrace and garden. Parking includes an on-site garage with 129 spaces, as well as available bike storage. 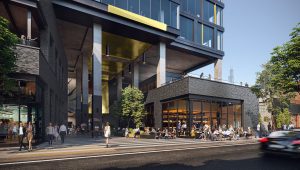 The Mews at 167 N Green Street. Rendering by Gensler 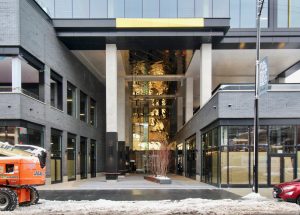 The Mews at 167 N Green Street. Photo by Jack Crawford

Designed by Gensler, the Mews section in the base is comprised of masonry siding with the main office massing appearing to float on top. This massing is wrapped in a charcoal-metal and glass curtain wall of varying patterns, as well as an intermittent gold accent that extends down to The Mews. 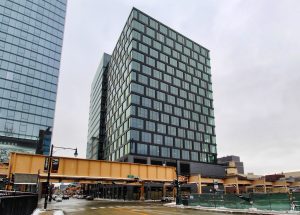 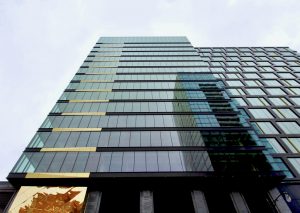 Future tenants wishing to access nearby bus transportation will find adjacent stops for Route 8 located along N Halsted Street, as well as stops for Route 20 via a five-minute walk south to W Madison Street. Other buses within a 10-minute walk include Route 65 to the north and Routes 56 and J14 to the east. For the CTA L, tenants will also find nearest Green and Pink Line service at Morgan station, a four-minute walk west. The Blue Line can also be boarded via Grand station, located a 10-minute walk north. 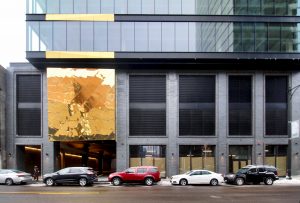 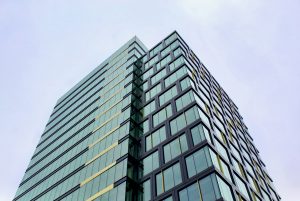 Focus is also the general contractor behind the construction, with an opening date is anticipated for later this year.