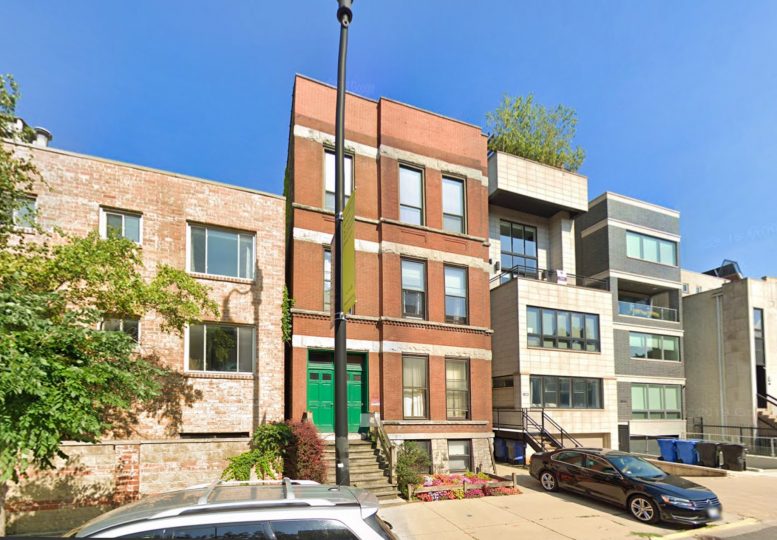 Permits have been issued for a four-story residential building located at 1825 N Halsted Street located in Lincoln Park. Owned by APA 2020 Inc, the building will contain three total units, and come with a basement with a three-car garage, a rooftop deck, a rooftop stair enclosure, an elevator, a front balcony, and a rear porch spanning all floors. The new project will replace an existing three-story masonry residence with a basement.

John Hanna of Hanna Architects is behind the design. No drawings or renderings have been released, though multiple masonry contractors suggest what will likely be a brick facade.

Nearest buses include north and southbound stops for Route 8 less than a two-minute walk south to Halsted & Willow. Other buses within a five-minute walk include Routes 9 and 72 to the south along W North Avenue and Route 73 to the north along W Armitage Avenue. The nearest CTA transit access is the Red Line at North/Clybourn station via a six-minute walk south, as well as Brown and Purple Lines via a nine-minute walk northwest.

Future residents will find multiple parks within the area, including but not limited to Bauler Park to the northeast, Clybourn Park to the southwest, and the larger 14.4-acre Oz Park further to the north.

Deluxe Remodeling Inc is the general contractor behind the $734,800 construction. No completion date has yet been announced.