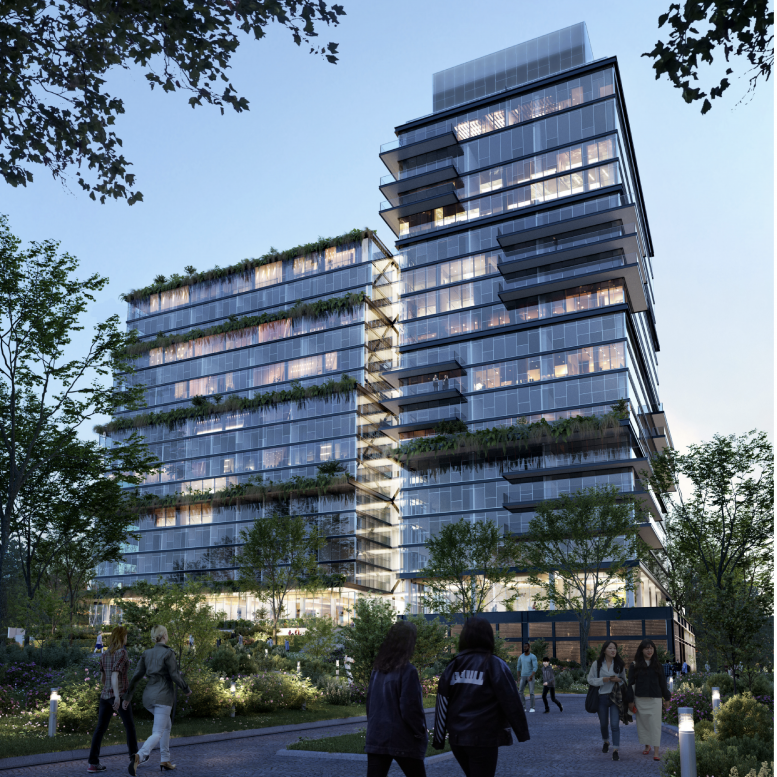 Latest Rendering of Parcel D1 by Gensler and HPA

Developer Sterling Bay has revealed new details on the next phases of its Lincoln Yards mega-development near Goose Island. The new area now called ‘Lincoln Yards South’ will be the focus of all upcoming construction with the final delivery of buildings expected in 2025, and has commenced construction with ALLY at 1229 W Concord. 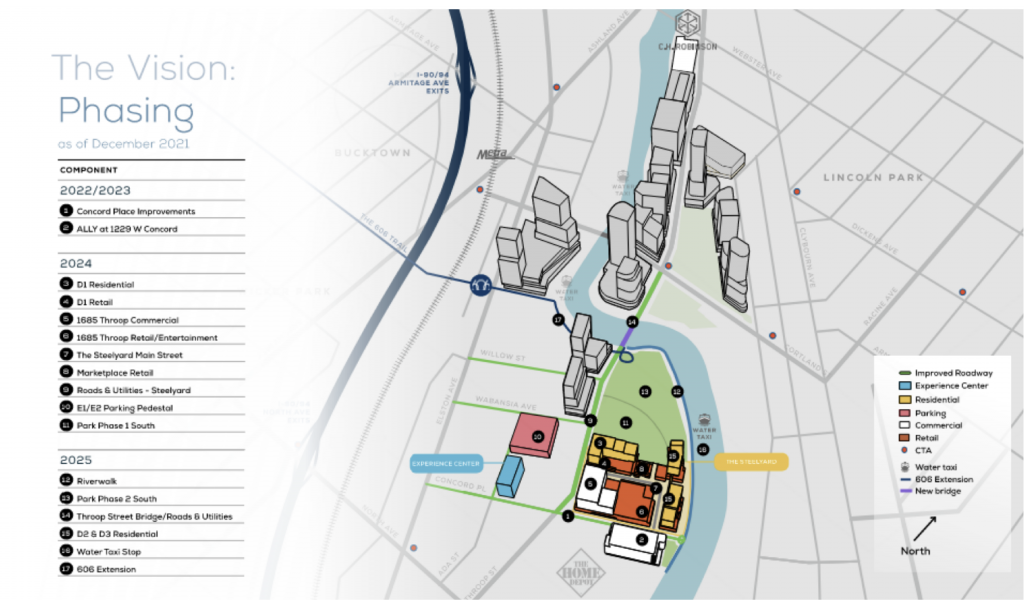 The new areas are designed by architecture firms Hartshorne Plunkard Architecture and Gensler along with landscape designers Hoerr Schaudt and Site Design Group, original documents for the project showed Skidmore Owings & Merrill as the master planners. As we previously reported, The Steelyard mixed-use shopping, entertainment, living and working district will be the main draw to the area sitting directly south of a new park along the river.

Sterling Bay has split the construction update into completion years, showing an aggressive timeline for the project and surrounding infrastructure, they will be built as followed: 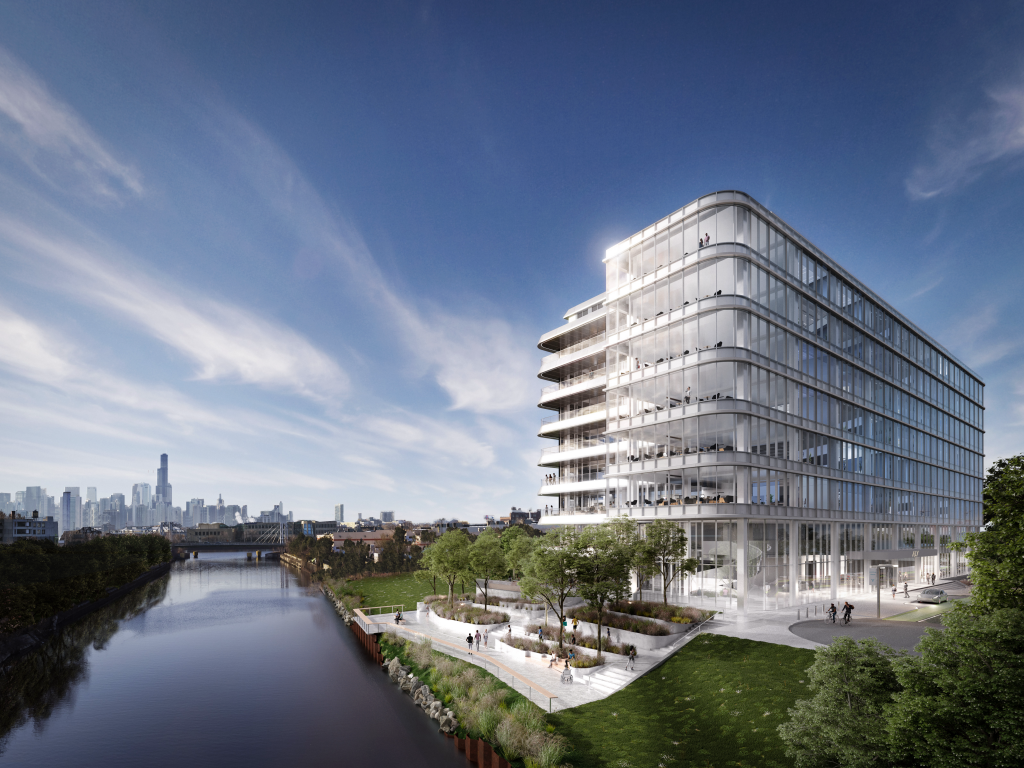 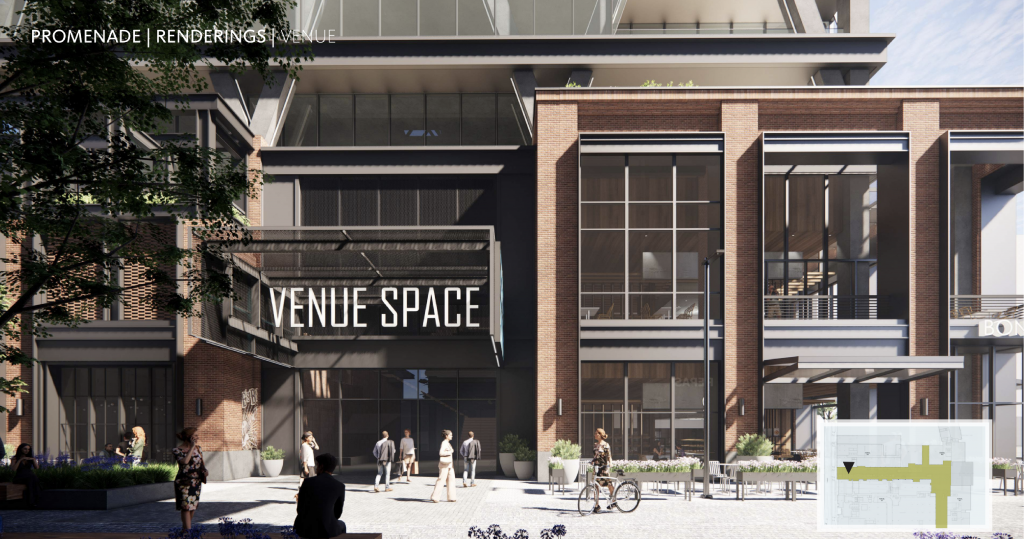 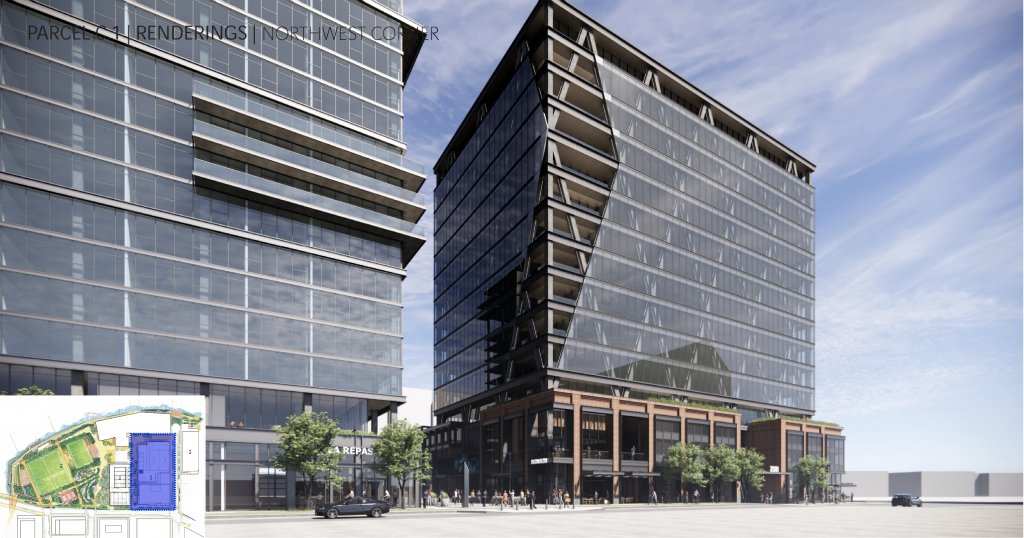 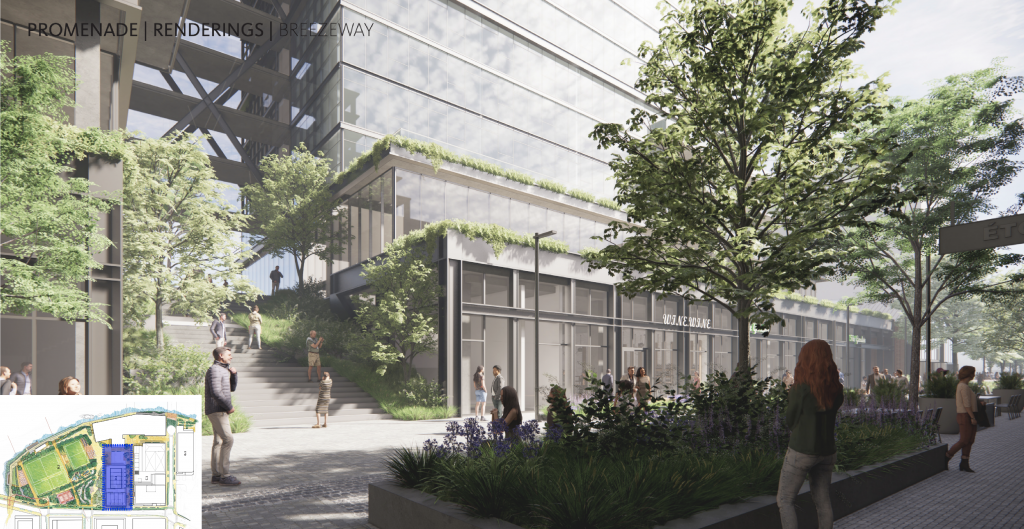 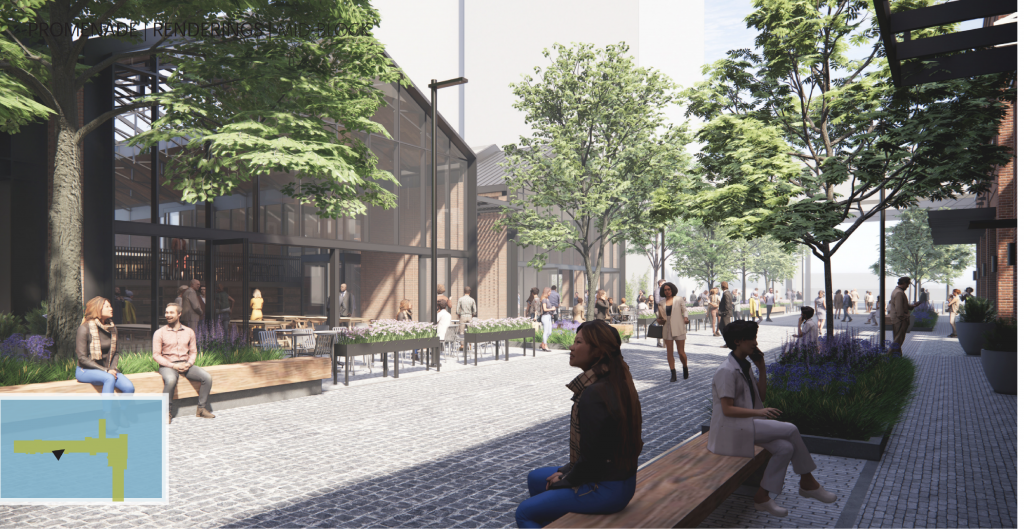 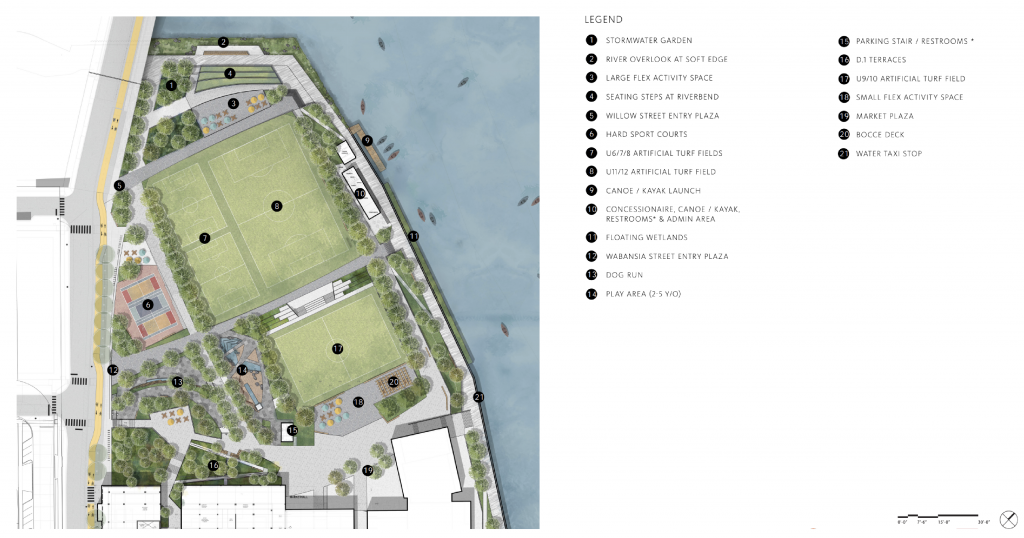 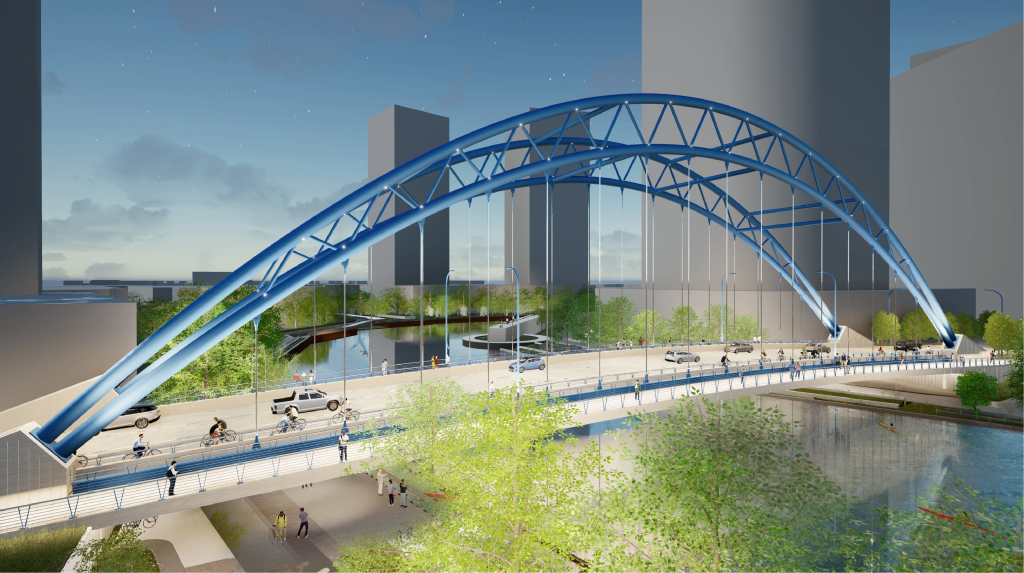 In future phases, post 2025, taller high-rises and skyscrapers are expected to be delivered including massive office and residential projects, two more water taxi stops, expanded riverwalk, and the northern half of the main park. More information on the design and names of the parcel towers will be revealed in the near future, Sterling Bay will not require any extra approval for the project as the masterplan was already approved, any presentations are a required courtesy under their approval. The latest presentation of the area can be found here.