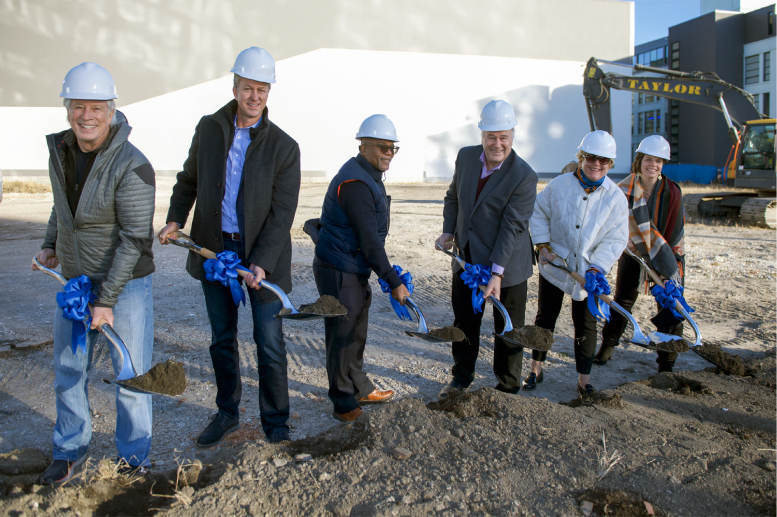 Representatives from all partners involved including the local Alderman during groundbreaking, courtesy of Taylor Johnson

Structured Development has broken ground on the second phase of its mixed-use The Shops at Big Deahl development at 1450 N Dayton Street in the Near North Side. The four-building project, whose first phase recently delivered a three-story indoor rock climbing gym on the easternmost edge of the site, received zoning approval for the remaining three buildings which will be mostly residential with a small retail space and public park also built in the complex. The second phase includes two shorter residential buildings on the north end of the site fronting W Blackhawk Street. 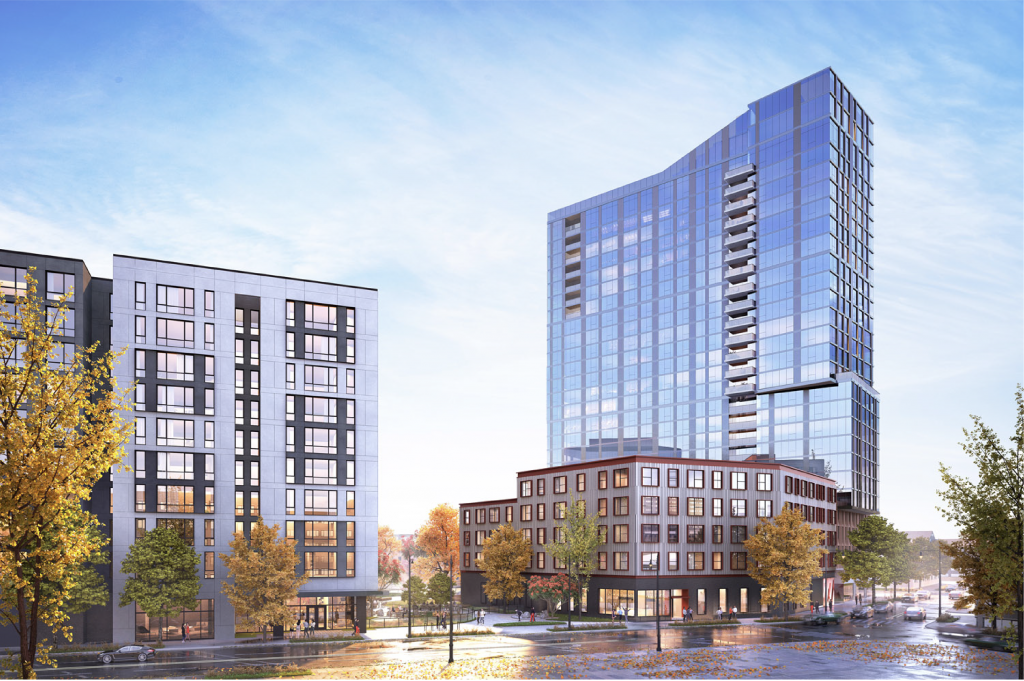 Updated rendering of final phases of The Shops at Big Deahl, Common Lincoln Park on the left, The Seng center, courtesy of Taylor Johnson

The first and taller of the two will be named Common Lincoln Park and is a collaboration with New York-based co-living provider Common. Common currently operates properties across the country including five in the Chicago neighborhoods like Pilsen. The 10-story, 117-foot-tall building will deliver 126 residential units divided into one-, two-, three-, and four-bedroom layouts with a total of 400 rentable bedrooms. 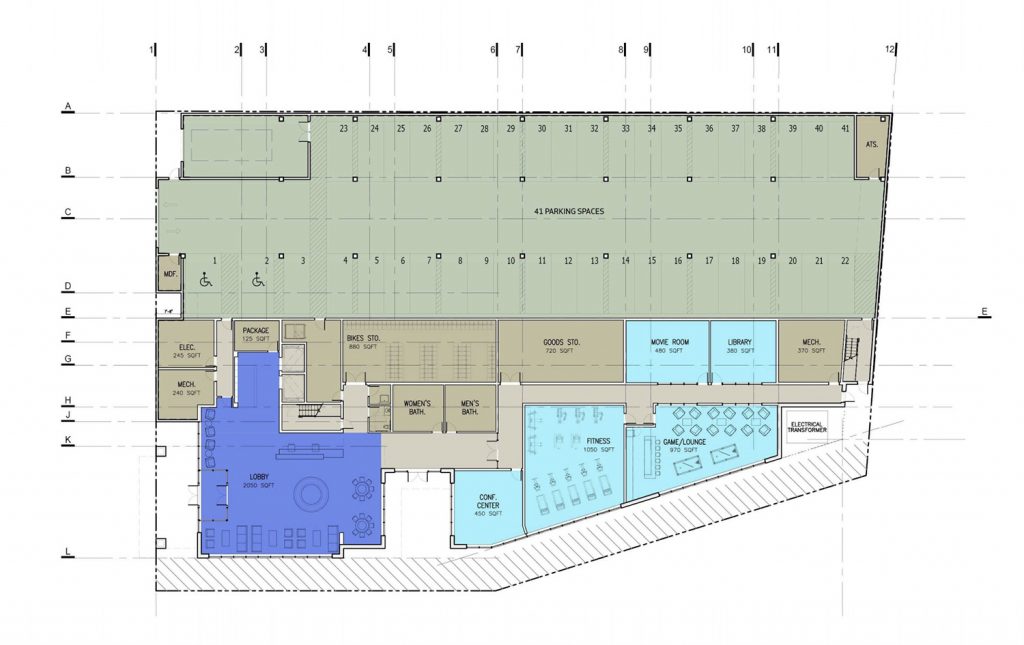 Designed by Built Form, the building is directly next to the climbing gym with the first few floors against it featuring no windows facing east. The ground-floor lobby offers plenty of sitting and lounging spaces along with a 41-vehicle parking garage, and a large bike storage with room to repair and refill tires. Updated designs for the structure now feature a metal and concrete panel facade in different colors and inset window bays to break up the massing. 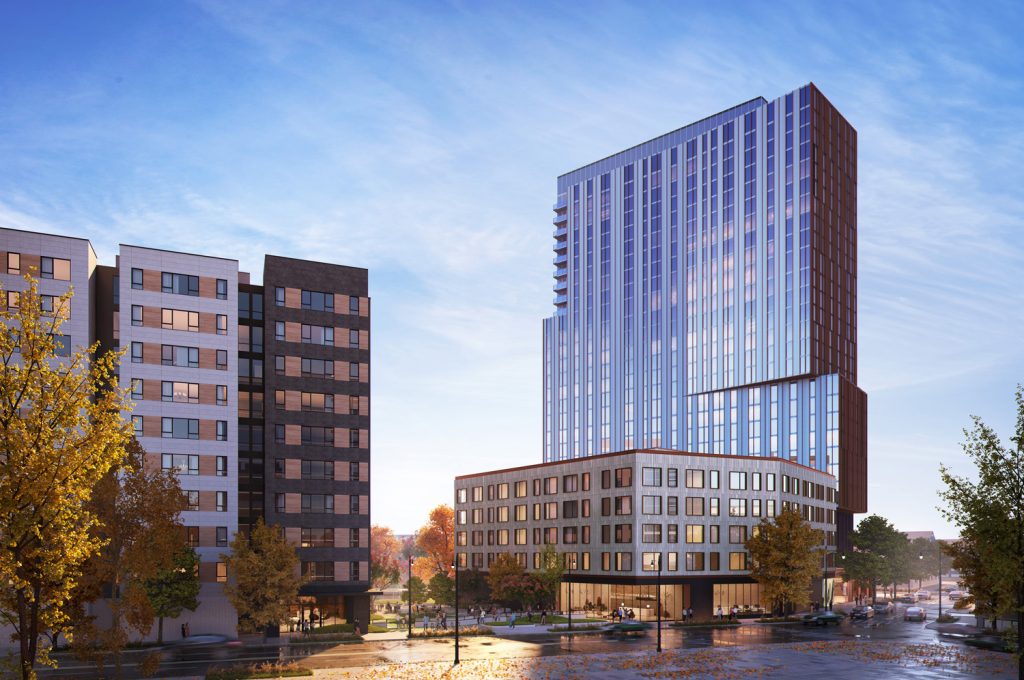 Common manages 6,500 units nationally using the co-living model, which is similar to dorms in that each resident within the unit gets a private bedroom but shares common spaces. The units will be fully furnished with designer brands, basic living supplies, and offer cleaning services of all shared spaces regularly. Residents also get to enjoy private events, a fitness center, in-unit laundry, co-working spaces, and the ease of moving within different properties nationally. 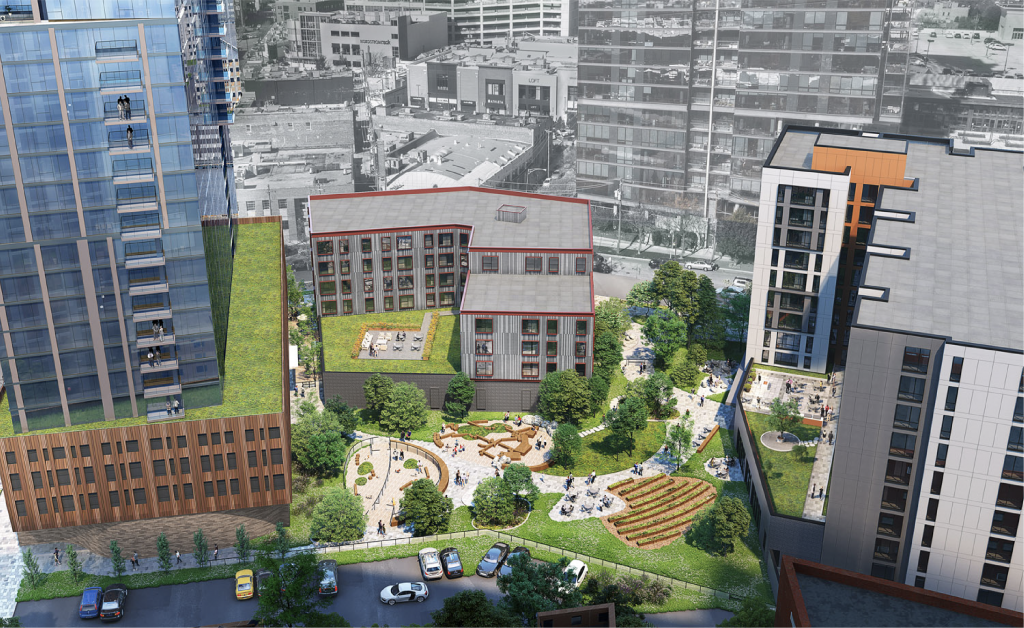 Updated rendering of final phases of The Shops at Big Deahl, Common Lincoln Park on the right, The Seng center, courtesy of Taylor Johnson

The second building in this phase is a smaller 34-unit affordable condo building in between Common and the project’s tallest future building. Named after the furniture company that once occupied the space, the five-story, 64-foot-tall structure was designed by GREC Architects and flanked by activated passageways on both sides leading to the future Seng public park. Units will be split into two-, three-, and four-bedroom layouts, many of which will be offered at an affordable price. 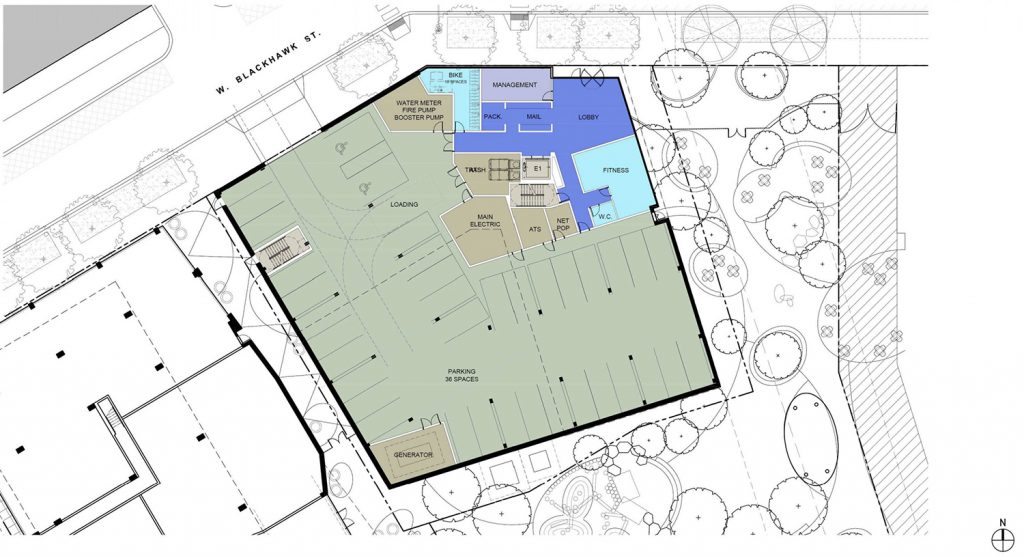 Ground Floor Plan for The Seng by GREC Architects

Working with the Chicago Community Land Trust to attract and assist homebuyers, the project will include 36 vehicle parking spaces, one per unit, and will remain affordable perpetually allowing for long term equity in the neighborhood. Along with these condos, Structured Development also committed $14 million towards building 40 affordable townhomes in its Harrison Row Townhomes community in East Garfield Park to meet its ARO requirements. 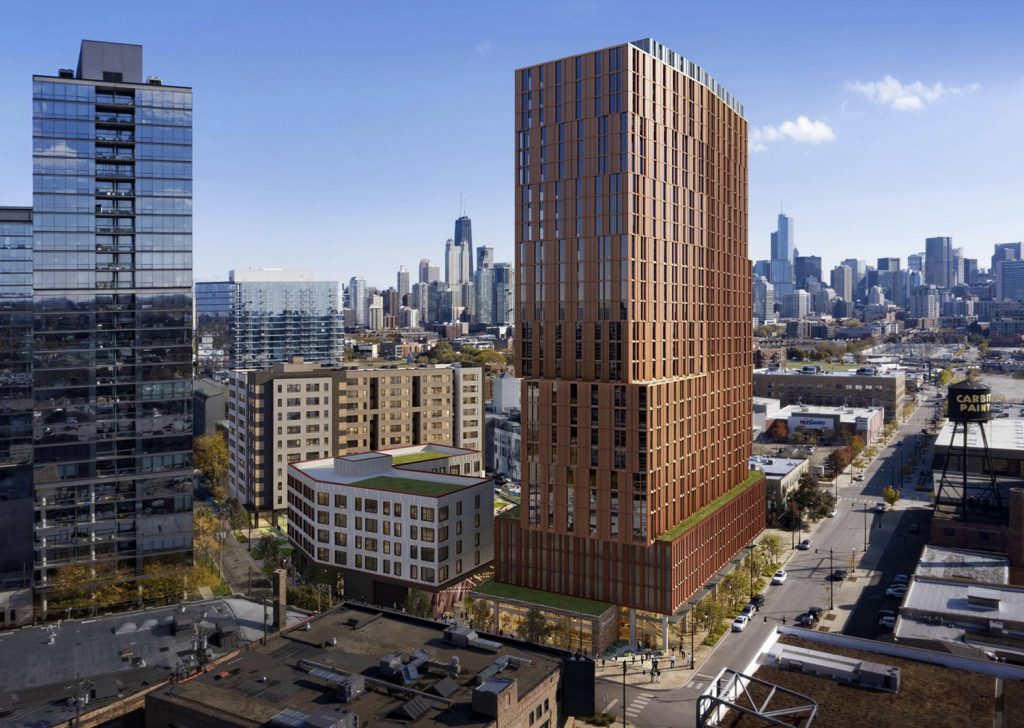 Representatives from all parties involved including local Alderman Walter Burnett were present at the groundbreaking. Delivery of Common Lincoln Park is expected for March 2023 and for The Seng it is expected around December 2022. Groundbreaking for the last and tallest tower also designed by GREC Architects is expected in March 2022. The 27-story, 299-foot-tall tower will bring 327 market rate rental units, a large ground-floor retail space, as well as the public park at the southern edge of the site, which will eventually connect to the Wild Mile.