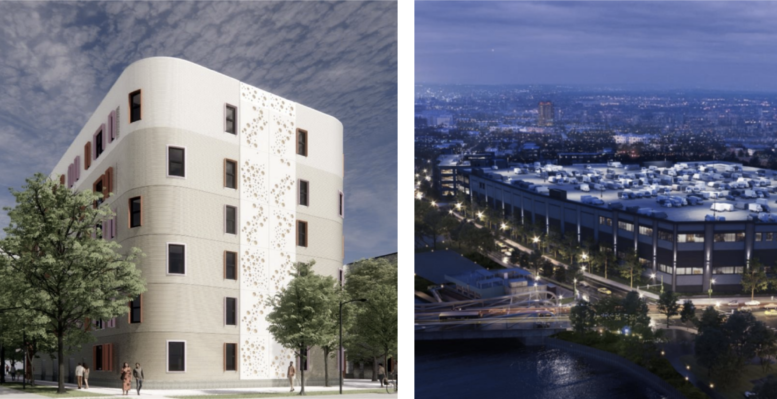 The Chicago City Council has approved a residential development at 1805 N Hamlin Avenue in Logan Square as well as an industrial development at 1237 W Division Street in West Town. Both projects were recently approved by the Plan Commission as well late last month, they will now be able to apply for construction permits and schedule a forthcoming groundbreaking. 1805 N Hamlin Avenue is led by developer Latin United Community Housing Association (LUCHA), while 1237 W Division Street is being proposed by logistics developer LPC Division I. 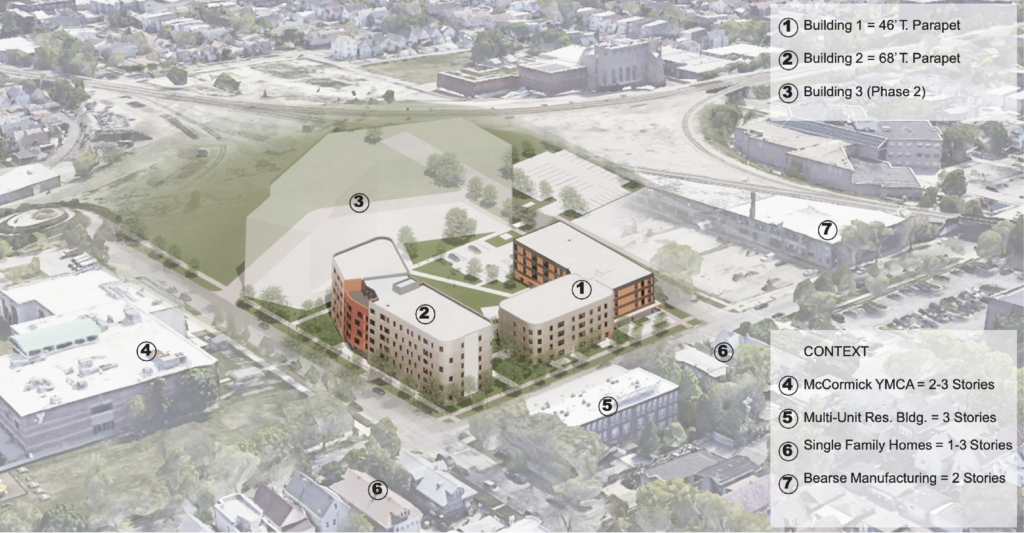 The multi-building development is located at the western end of the 606 trail replacing an empty lot and is being designed by Canopy Architecture with Site Design Group. The first phase of the two-phase project will deliver two buildings, building one will rise 46 feet and deliver four stories with 32 residential units, while building two will rise 68 feet and deliver six stories with 57 residential units, all of which will be considered affordable offered at 60 percent AMI. Both buildings will be clad in a beige gradient metal panel with orange and black accents, along with some decorative perforated panels mentioned in our previous coverage.

The project will contain 57 vehicle parking spaces and a large private courtyard at its center as well as various shared amenity spaces and laundry rooms. The second phase will eventually deliver a 98-unit, JGMA-designed third building that will enclose the aforementioned courtyard, and an 81,000-square-foot public park at the southern end of the site that will complement the 606. This park will go through a lengthy design process led by the Chicago Park District that includes multiple community outreach meetings prior to a finalized design. 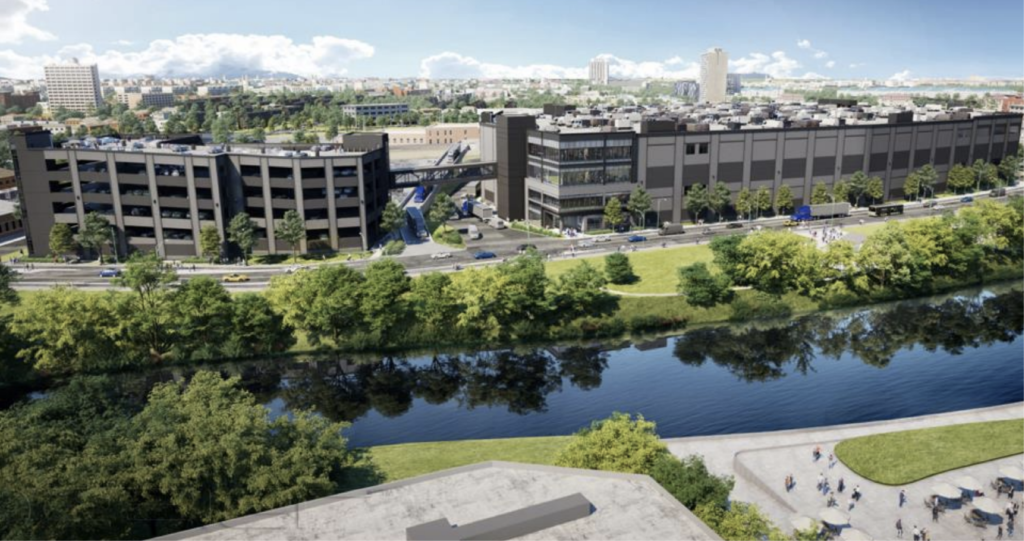 This large Ware Malcomb-designed industrial facility will be the first of its kind in central Chicago featuring an impressive stacked double-height warehouse concept, with massive parking ramps for trucks and vehicles to access both. Each of the nearly 253,000-square-foot spaces will also have an option to build out office space on their respective main and mezzanine levels, and will be connected to a five-story garage with 405 vehicle parking spaces. The black panel clad-buildings will also bring a new private access road and multiple opportunities for public art to cover the large windowless walls. 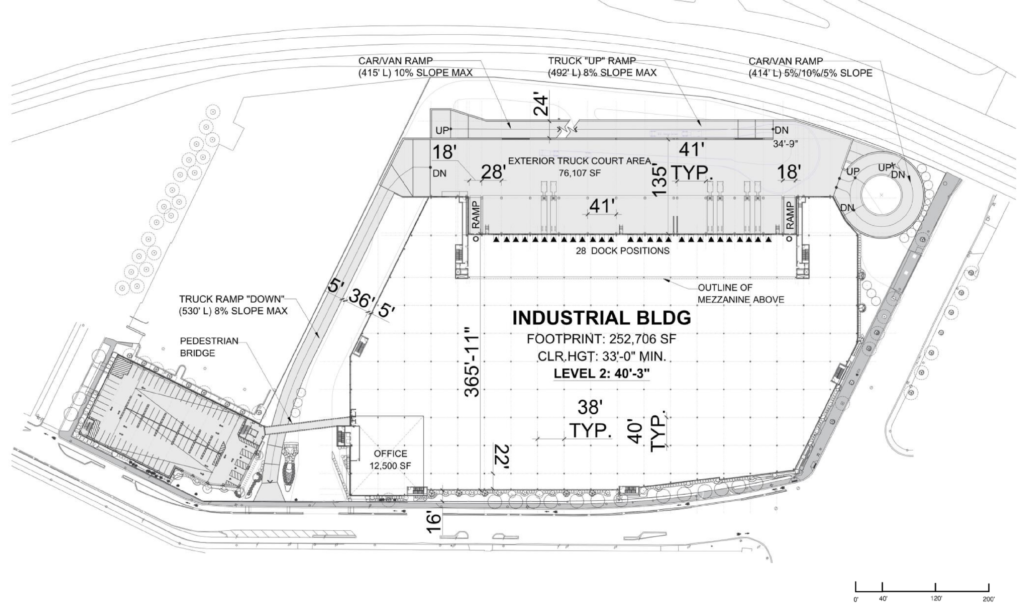 Both projects may now proceed with construction, the first phase of 1805 N Hamlin Avenue is expected to cost $49.3 million funded predominantly through TIF and Low Income Housing tax credits, a groundbreaking is expected in August with expected opening date in late 2023 or early 2024. 1237 W Division Street has had less information released with no groundbreaking or expected completion date currently being revealed and the project receiving some backlash from locals about its near-river placement.