The Chicago Zoning Board of Appeals has approved a mixed-use development at 812 W Adams Street in Greektown. Located on the corner with S Halsted Street, the lot is currently occupied by a one-story structure that once held the Greek staples of Santorini and Pegasus restaurants and a small parking lot. Developer Luxe Suites Chicago LLC has teamed up with local design firm Axios Architects on the project that required two approvals from the board. 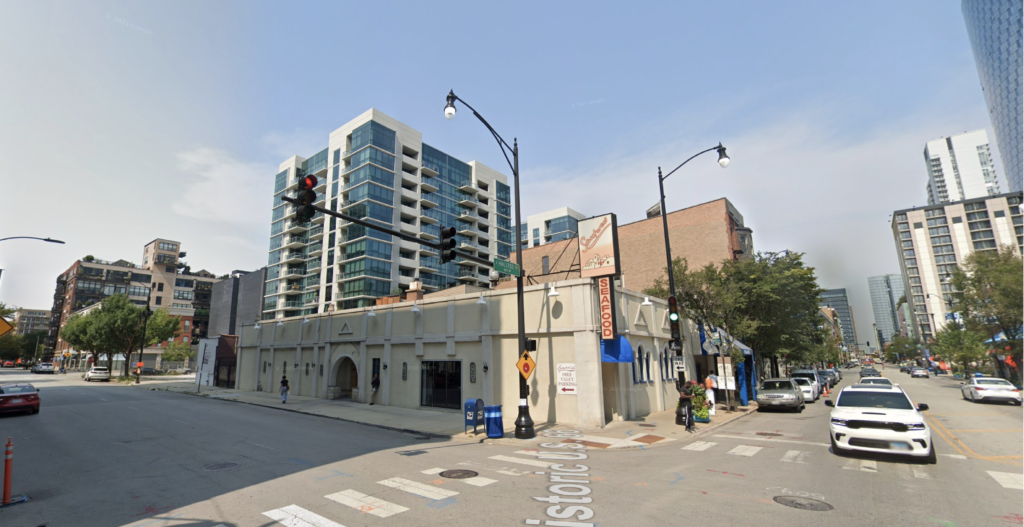 The 17,500-square-foot L-shaped lot offered a unique challenge to the developer with half being roughly 90 feet deep and the rest around 46 feet deep. The first appeal they won was to reduce the required setback of 30 feet from an adjacent building allowing them to build on the skinnier portion of the property. The second was to allow a reduction in parking spaces from 80 to 27, given that Halsted Street is a pedestrian street and thus the project falls within the distance to the train to count as a Transit Oriented Development (TOD). 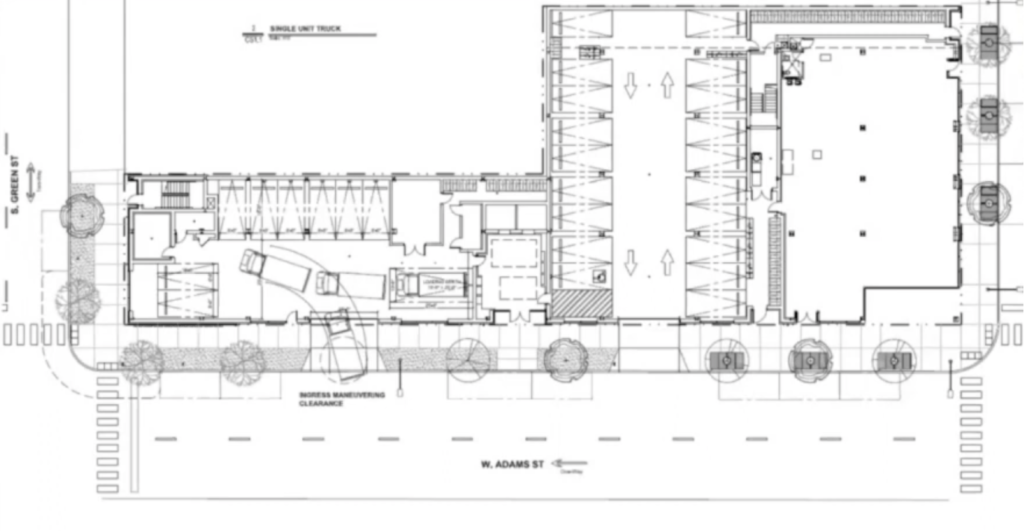 Originally set to be condos, the final design for the seven-story structure will deliver 80 rental units split into junior, one-, two-, and three-bedroom layouts featuring square bay windows, with those facing east and south also having private balconies. On the ground floor will be a 4,200-square-foot commercial space which the developer is working to fill with a Greek restaurant, residents will also have access to a rooftop deck and amenity space as well as bicycle parking. 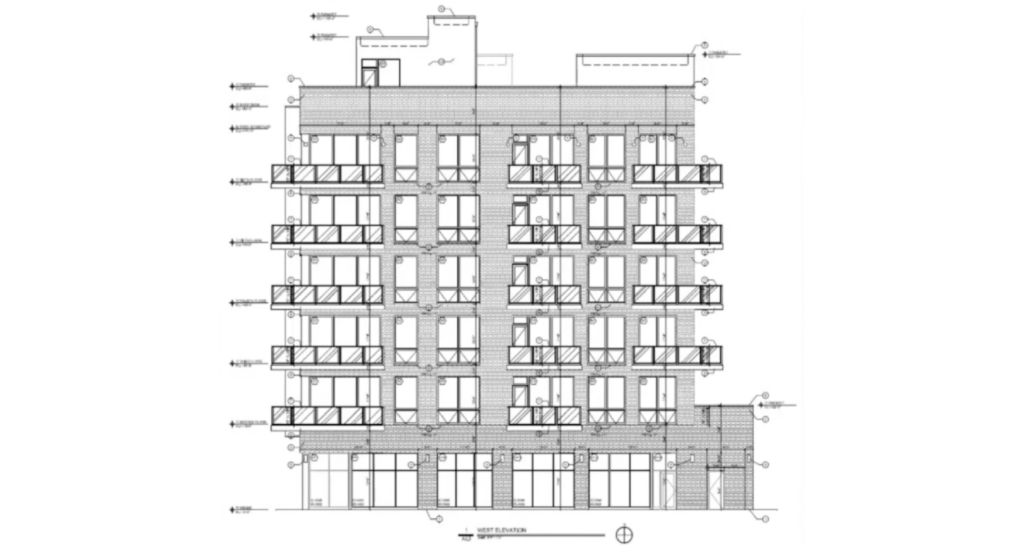 Although not yet confirmed, per city code 20 percent of the units will need to be affordable, with all residents being within a 13-minute walk from the CTA Green and Blue Lines along with CTA Route 8 bus via a two-minute walk. After making the shift to apartments, funding for the project has been secured and the developer has applied for permits to start work soon though no timeline has been revealed.