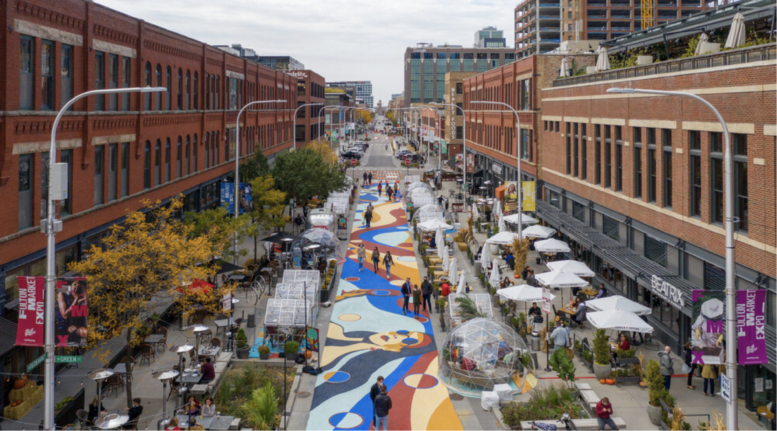 The Chicago City Council has approved the rezoning parts of W Fulton Street and W Randolph Street in the West Loop. In the latest council meeting the body approved turning select stretches of both streets into pedestrian streets, however this does not imply that they will be closed to vehicular traffic. The designation which is applied to a variety of streets in the city, including 18th Street in Pilsen, redefines what projects that will abutt the streets will need to provide moving forward. 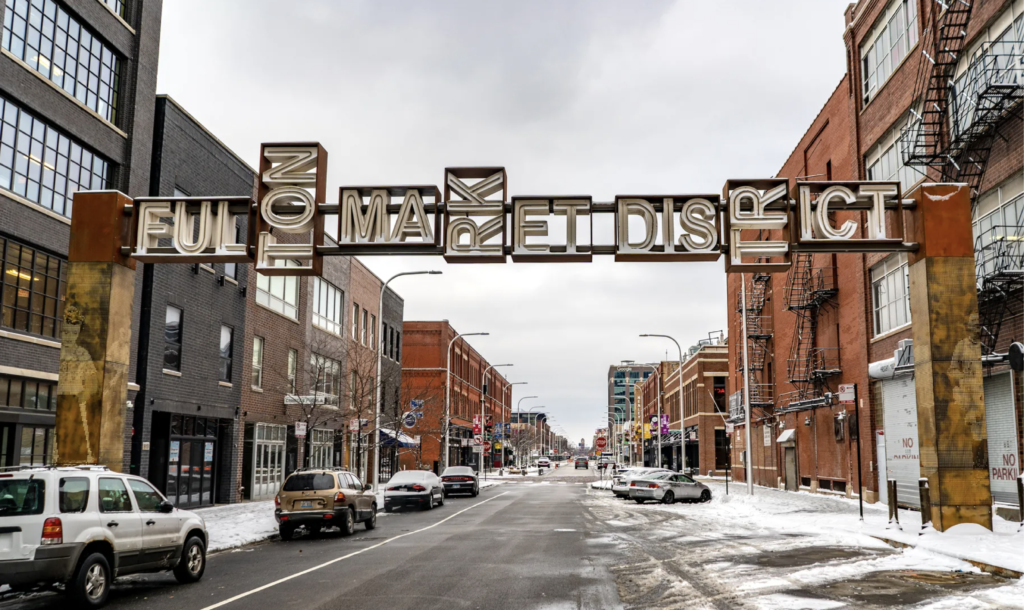 The approval comes after a multi-year $20.3 million project that began in 2015 with the installation of the Fulton Market sign at the intersection with N Halsted Street. The work which concluded in July 2021 included new widened stone and concrete sidewalks, new custom street furniture including benches and bike racks, new drainage, formalized angled parking and more. This work stretched from N Halsted Street all the way to N Ogden Avenue to the west and is designed to preserve the area’s historic character. 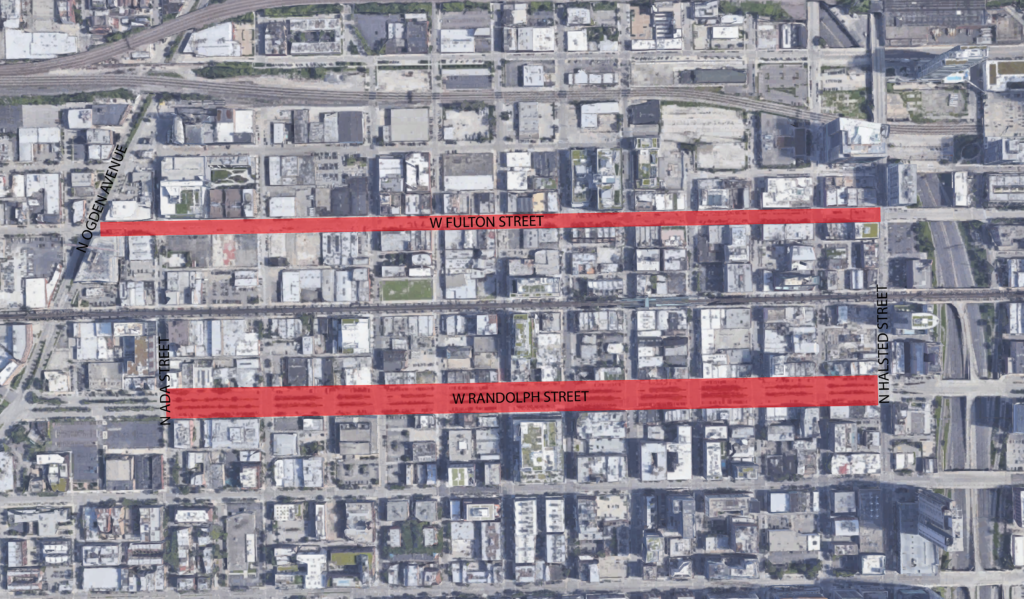 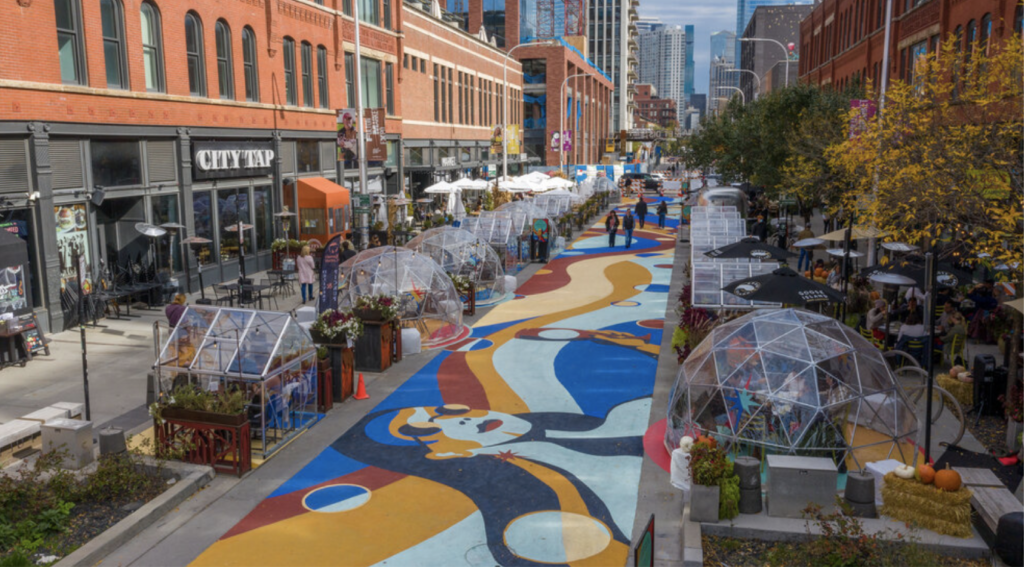 The restrictions are now viable for all projects moving forward although lots along both roads are limited but may come into play for any adaptive reuses in the future. The change also comes after a highly successful closed pedestrian street period for sections of W Fulton Street which saw a 25 percent increase in traffic due to it, while similar streets across the nation saw similar and up to 68 percent increases as well.