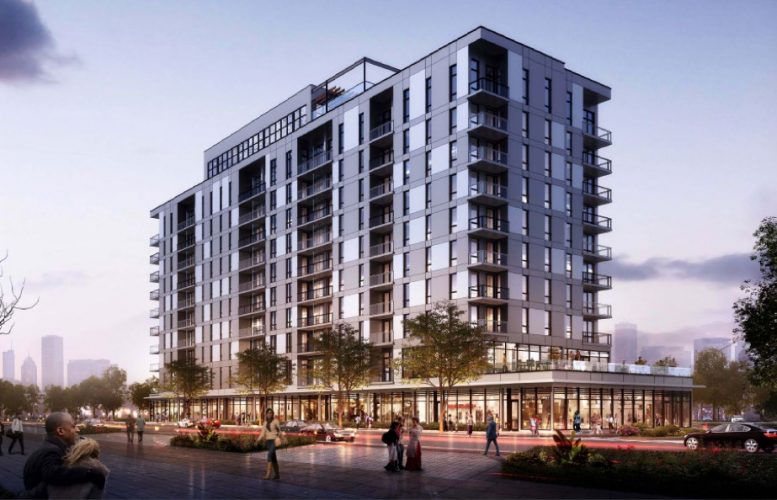 Photos show site preparation and foundation work progressing for an 11-story residential building and a six-story hotel that will both occupy part of The Gateway, a larger development project in the Illinois Medical District. 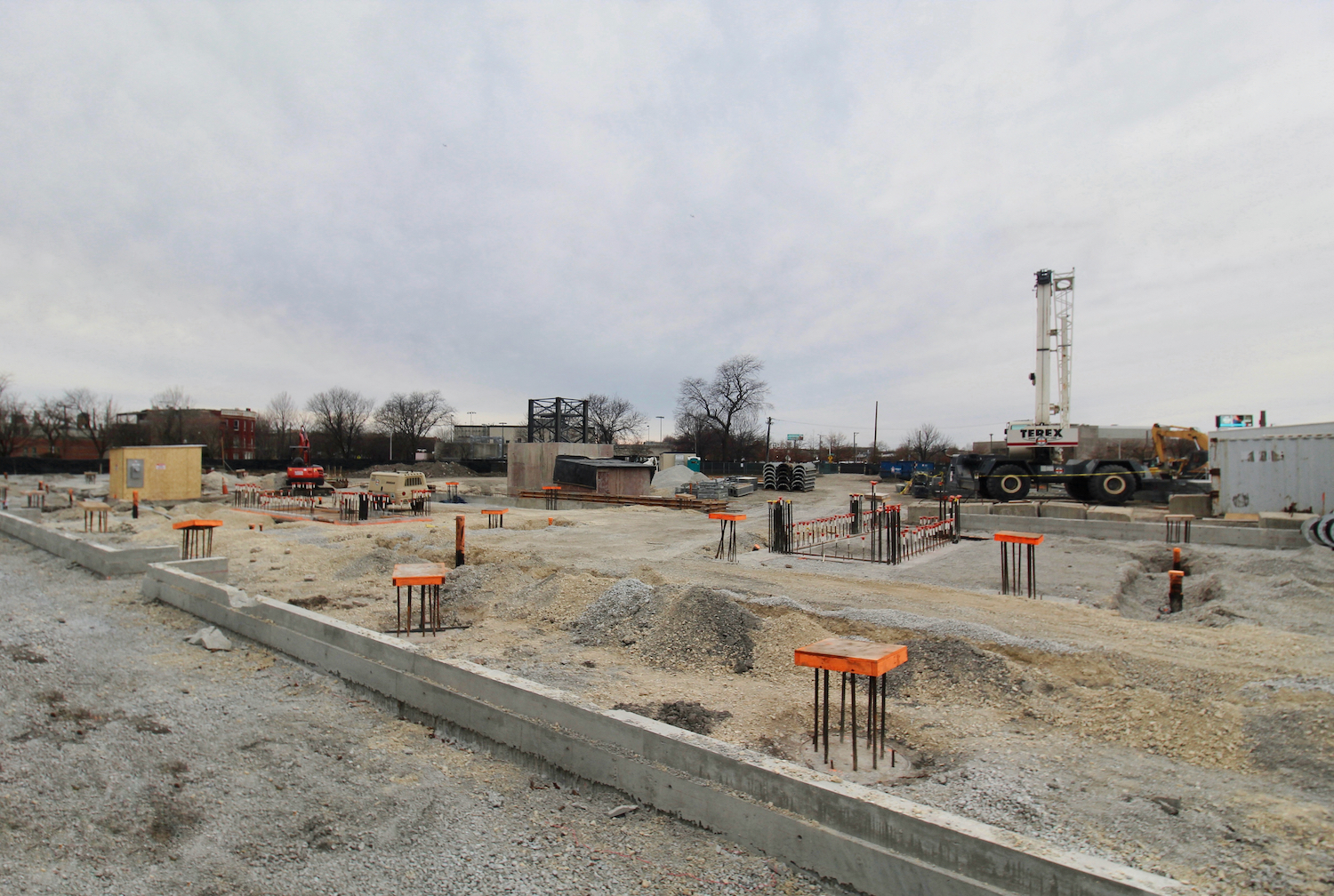 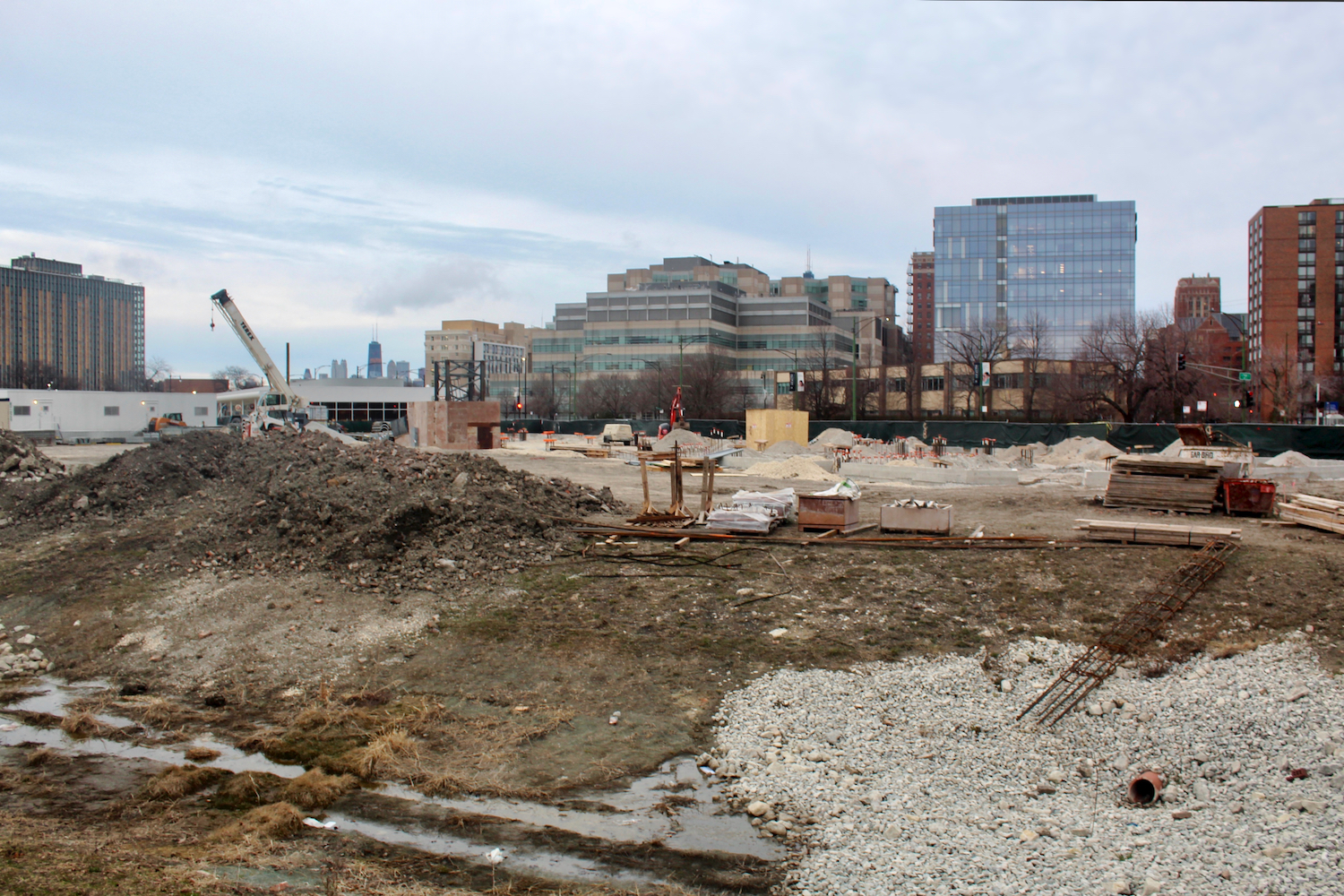 Planned by a venture known as Gateway Development Partners, led by Chicago-based Elzie Higginbottom of East Lake Management, the two structures will form the second phase of a 10-acre, $300 million mixed-use complex. The now-completed first phase includes two single-story retail buildings with various venues such as a Starbucks and a Chipotle, as well as a central plaza area. 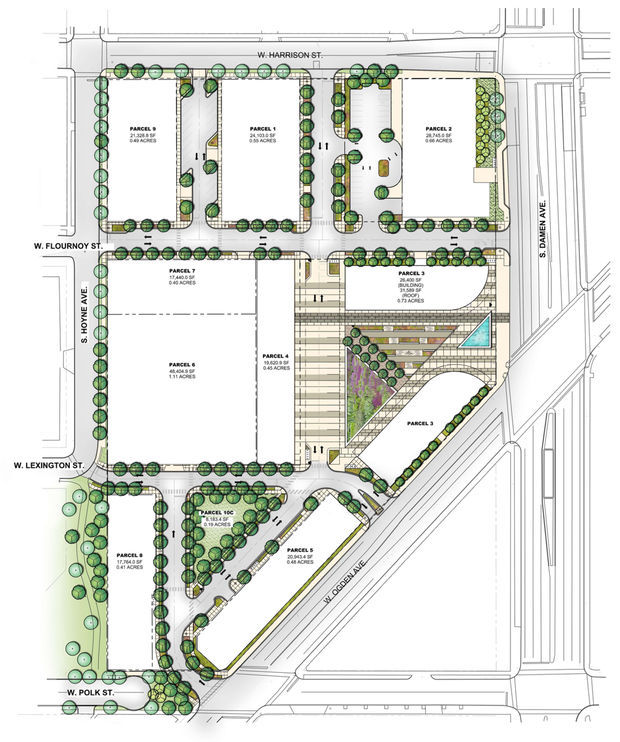 Original Masterplan for The Gateway. Photo via Gateway Development Partners

According to an article by Crain’s Chicago Business, the now-underway residential tower at 2050 W Ogden Avenue will house 161 units, while the hotel will comprise of 135 rooms. Original plans for the overall development called for 550,000 square feet of offices, a 240-room hotel, multiple residential towers, and a parking garage. However, it is unclear the extent to which this programming will ultimately change. 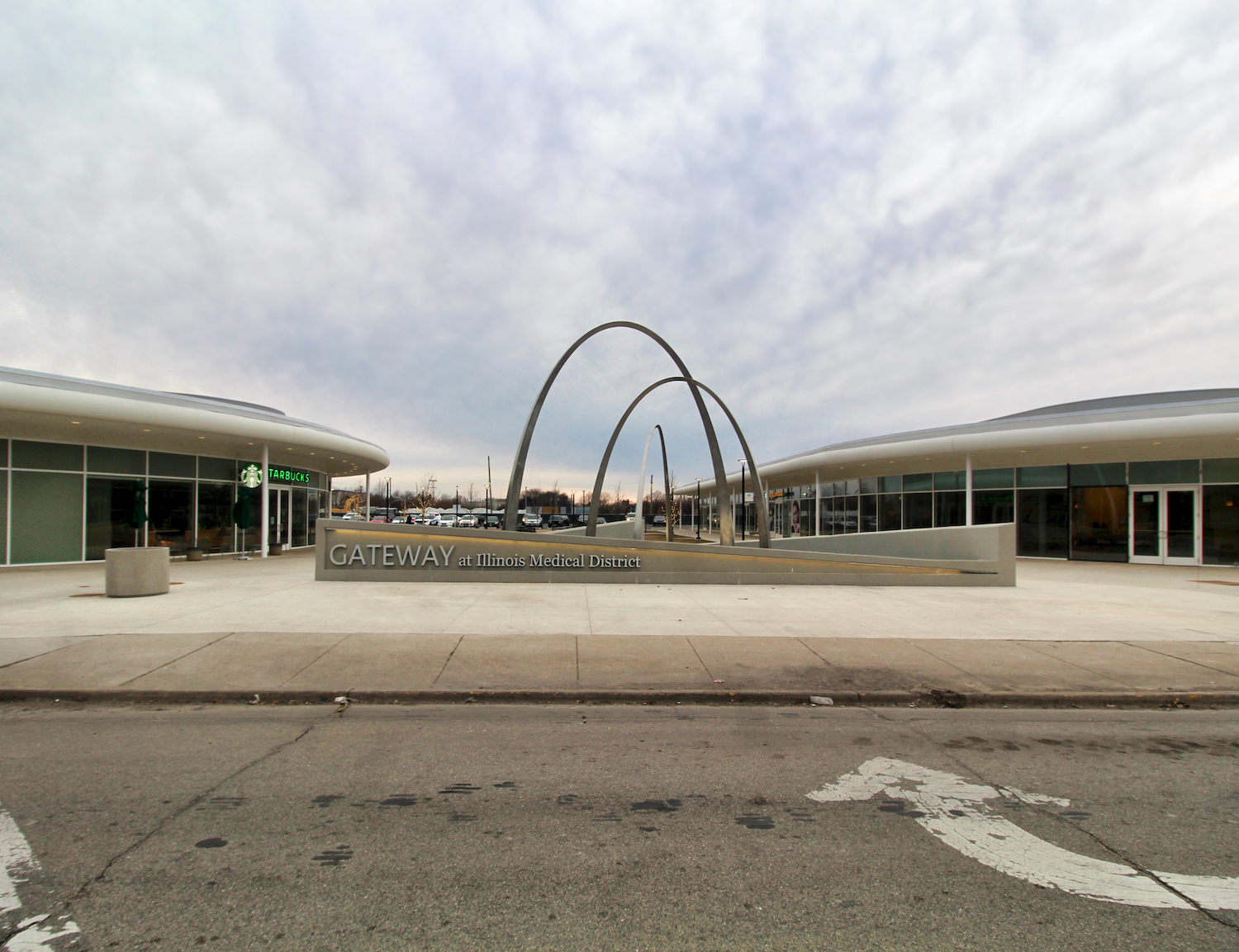 Completed first stage of The Gateway. Photo by Jack Crawford 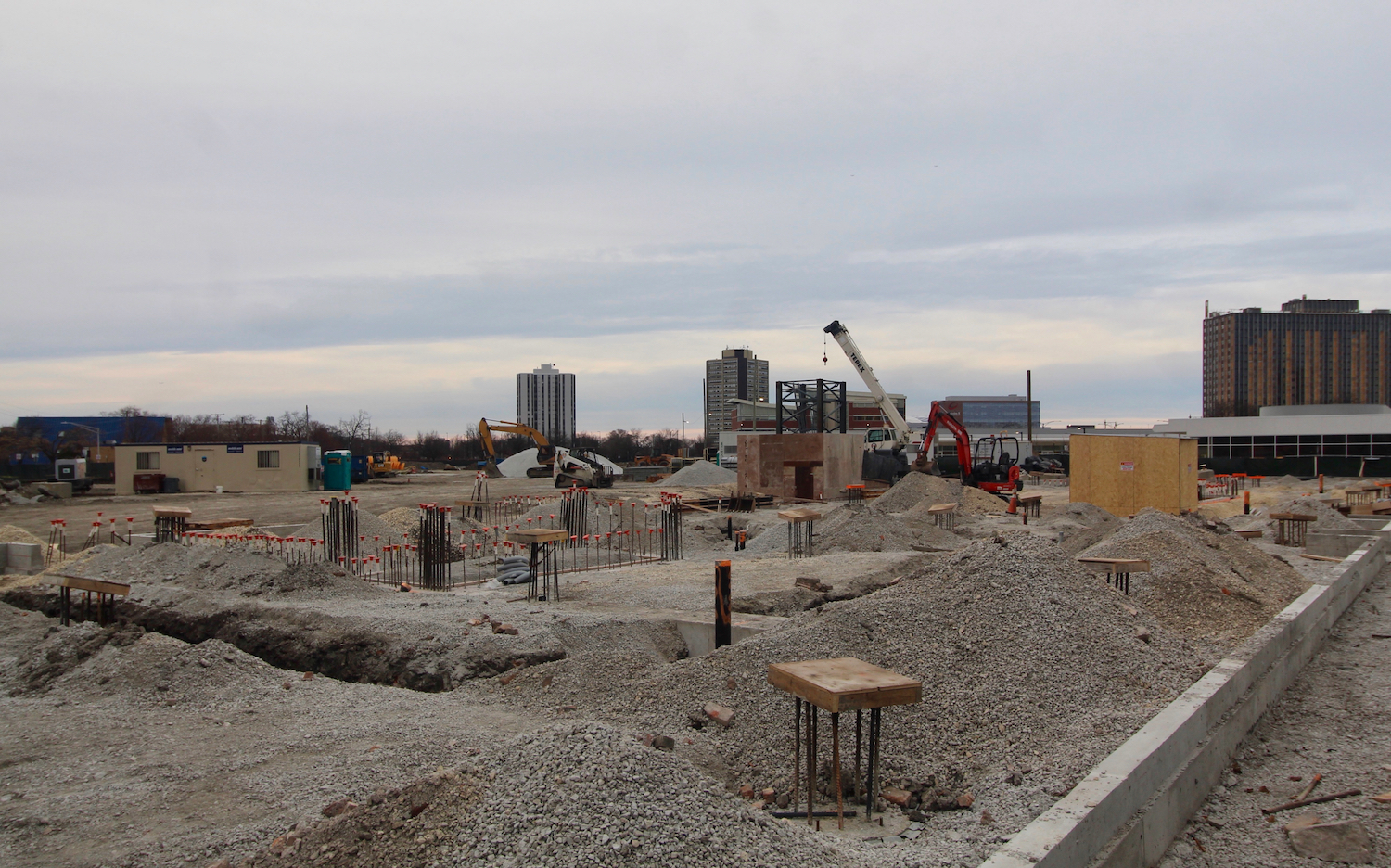 Hotspot Rentals listed apartment units ranging from studios to two-bedrooms. Amenities will include a rooftop lounge and pool, media lounges, a fitness center, a game area, a business center, and bike storage. 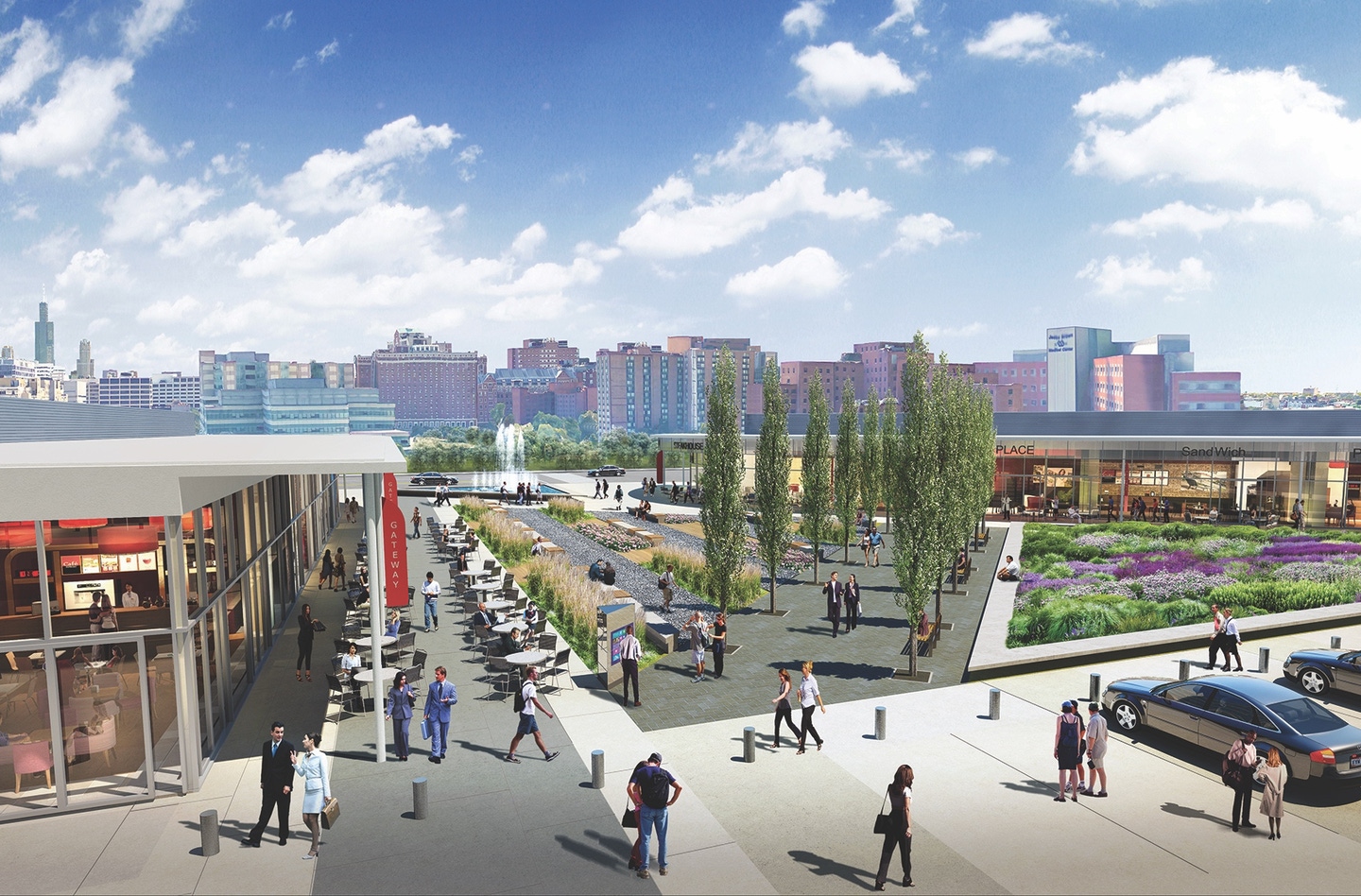 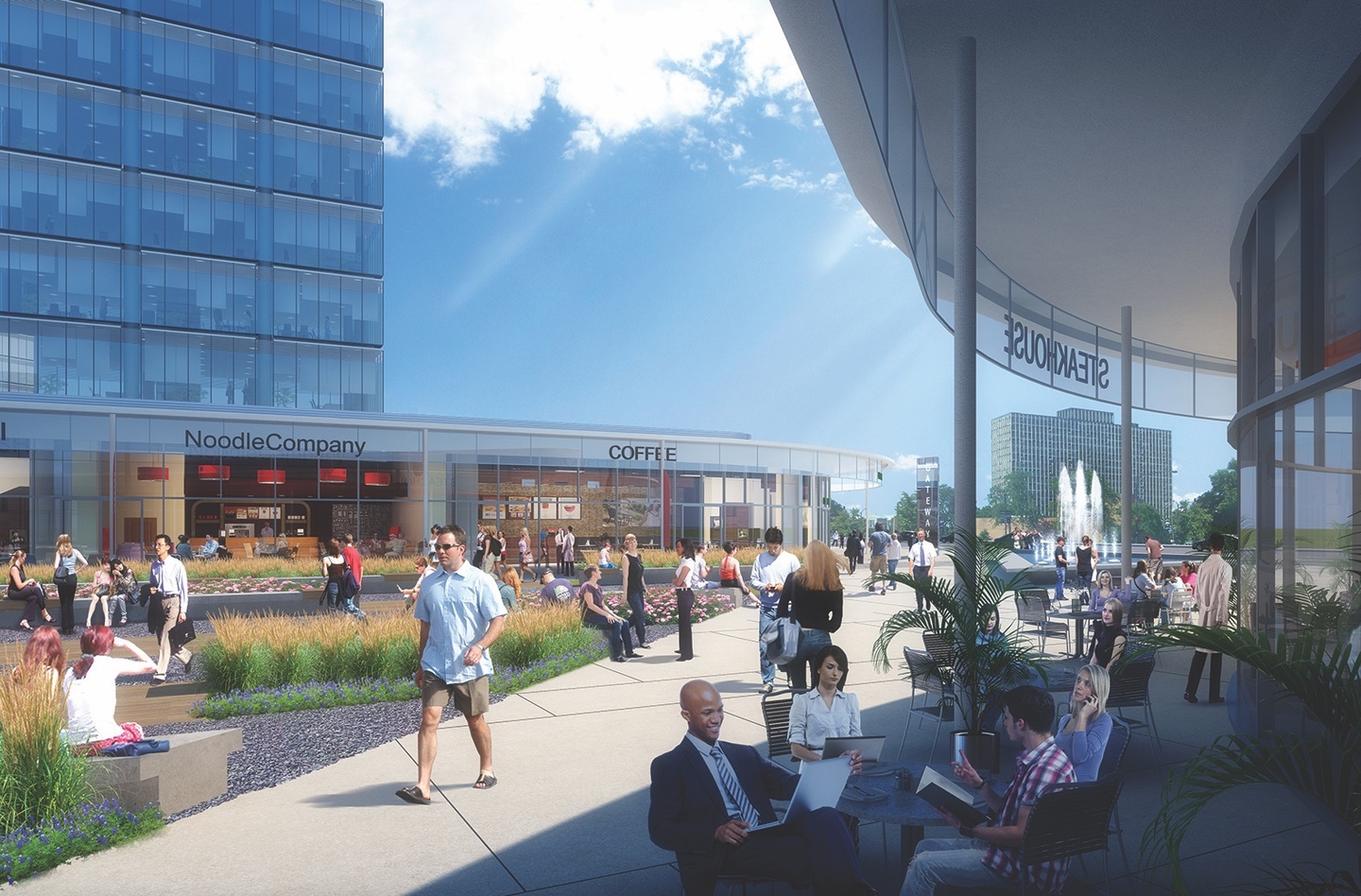 Epstein Global Architects is The Gateway’s master architect and engineer. Meanwhile, the permit for The Gateway Apartments, issued in July 2020, lists Ronald Piekarz of Piekarz Associates as the architect of record. An updated rendering for the apartment tower show a multi-toned metal facade with inset glass balconies, along with sidewalk improvements and a retail storefront at ground level. No updated renderings could be found for the hotel.

Aerial view of The Gateway site as of 2019, via Google Maps

Bus access in the immediate area includes stops for Route 50, located at the Damen & Ogden intersection at the east end of the property. Routes 7 and 126 can be accessed at the northeast corner of the plot, while Routes 157 and 12 can both be found within a five-minute walk south. For CTA L transit, the Blue Line’s Illinois Medical District station is a seven-minute walk northeast and the Pink Line’s Polk station is a nine-minute walk east. 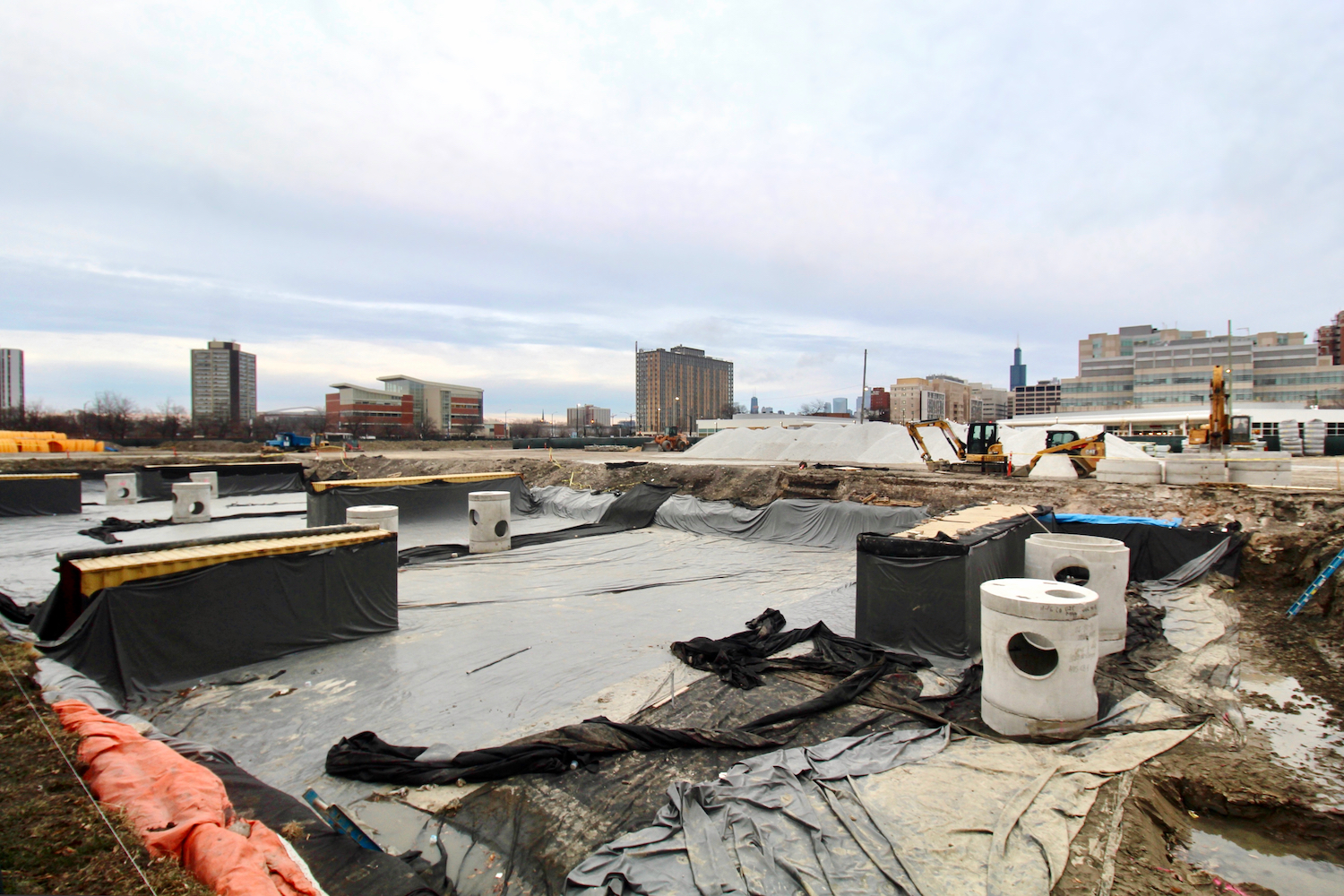 The Gateway. Photo by Jack Crawford

Global Builders Inc. is serving as general contractor. As of now, it is unknown when the two new buildings will be completed, or when the remaining sub-areas of The Gateway will be developed.