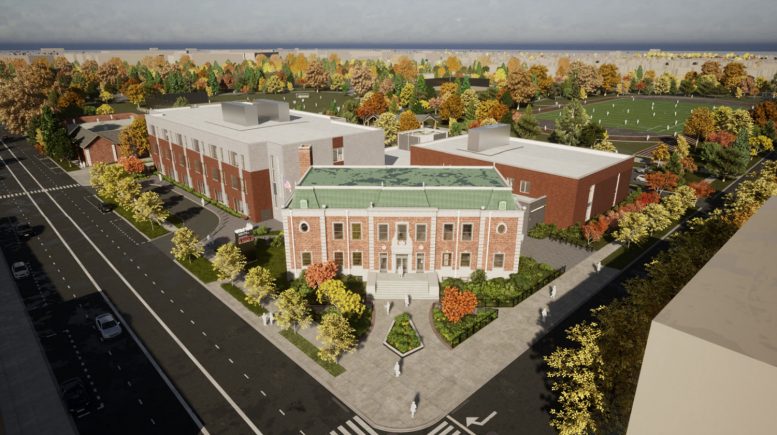 Zoning has been approved for the new Belmont Cragin Elementary School located at 6100 W Fullerton Avenue in Belmont Central. Located in the southeastern corner of Riis Park, the site sits at the intersection of W Fullerton Avenue and N Meade Avenue. Public Building Commission of Chicago is the developer for the project, representing Chicago Public Schools and the Chicago Park District. 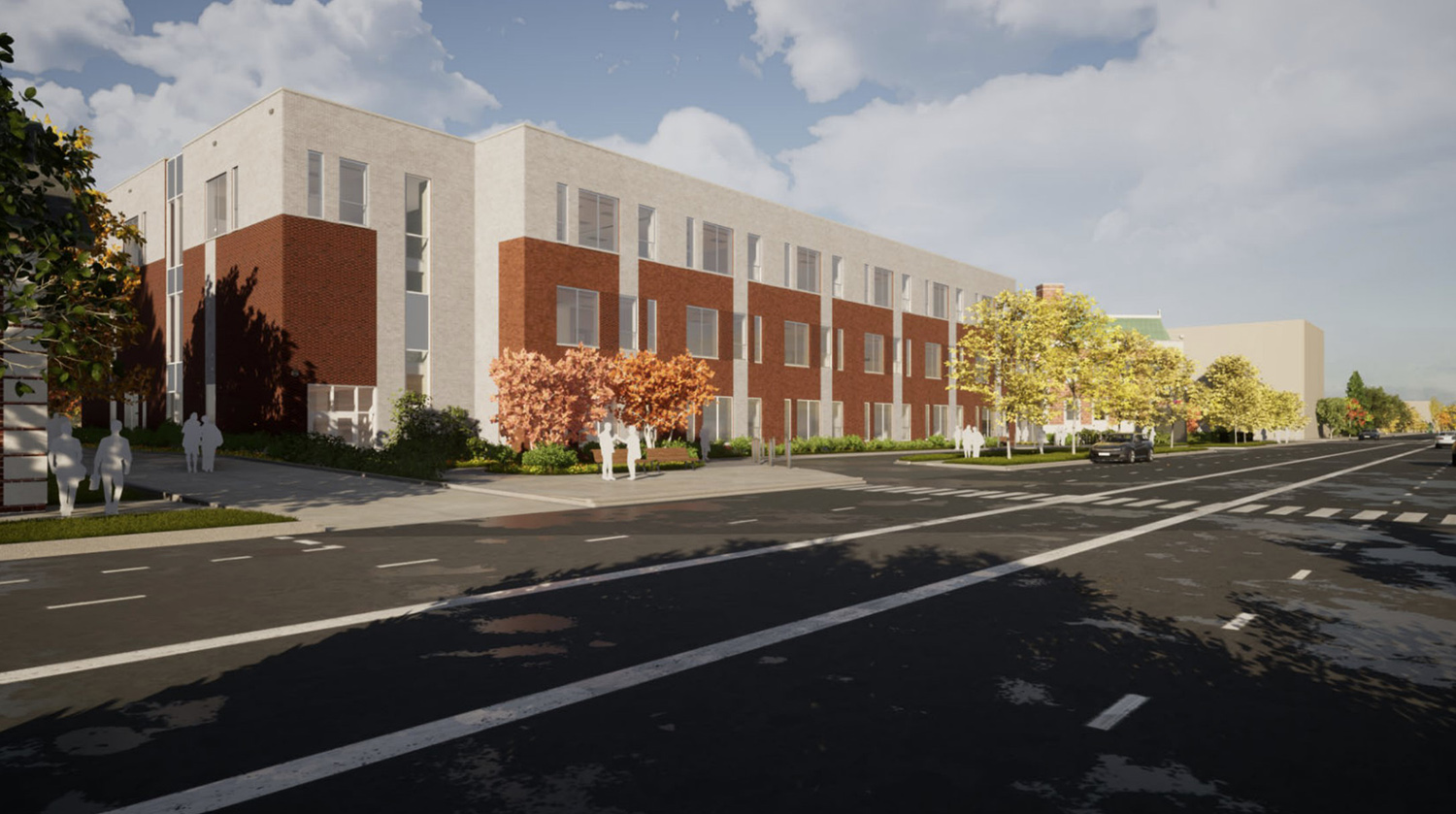 Designed by SMNGA and FORMA Architecture, the project will consist of a newly constructed three-story school building and the renovation of the existing 1929 Riis Park Fieldhouse. As a joint development the facility will be shared between Chicago Public Schools and Chicago Park District. 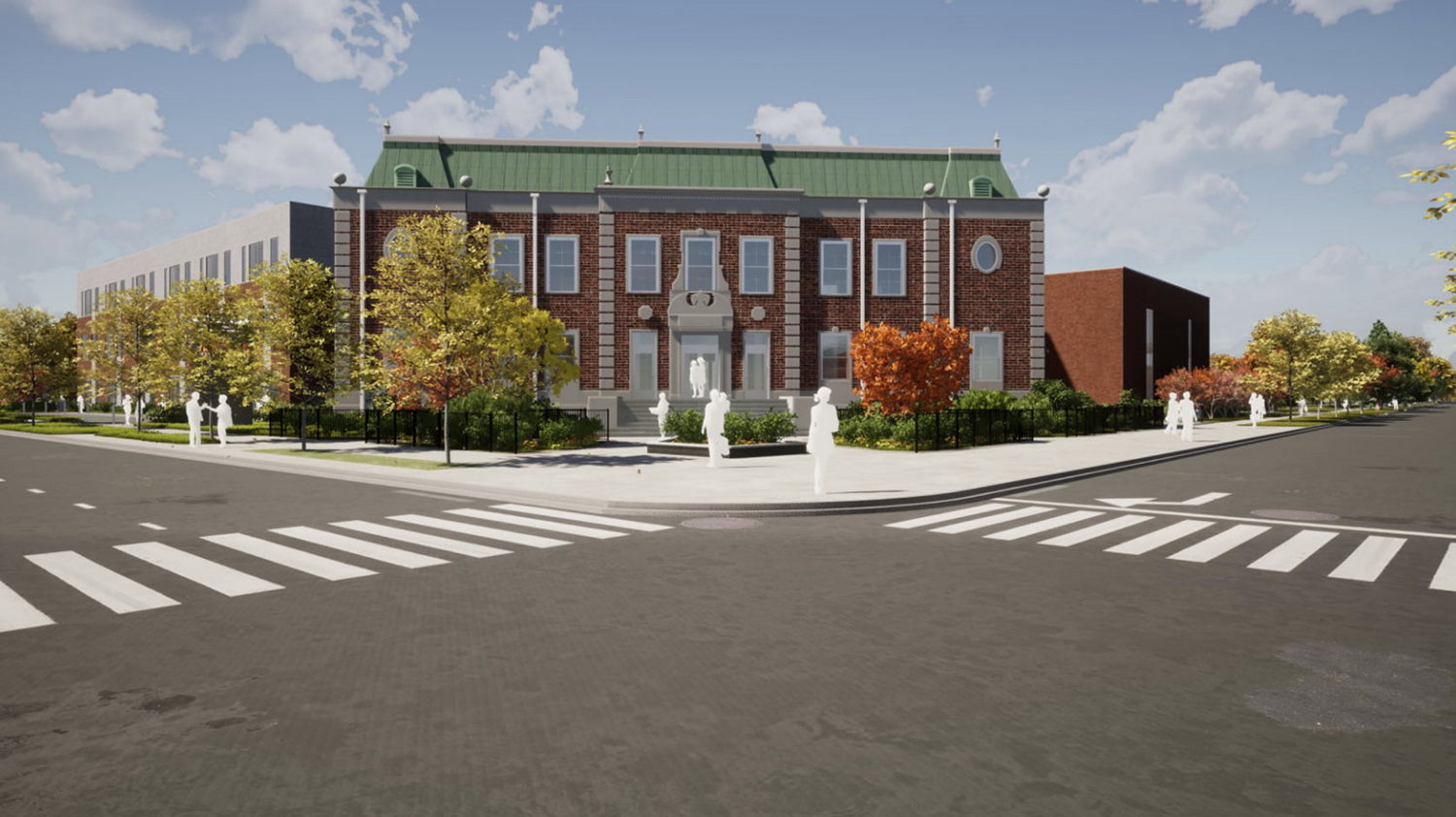 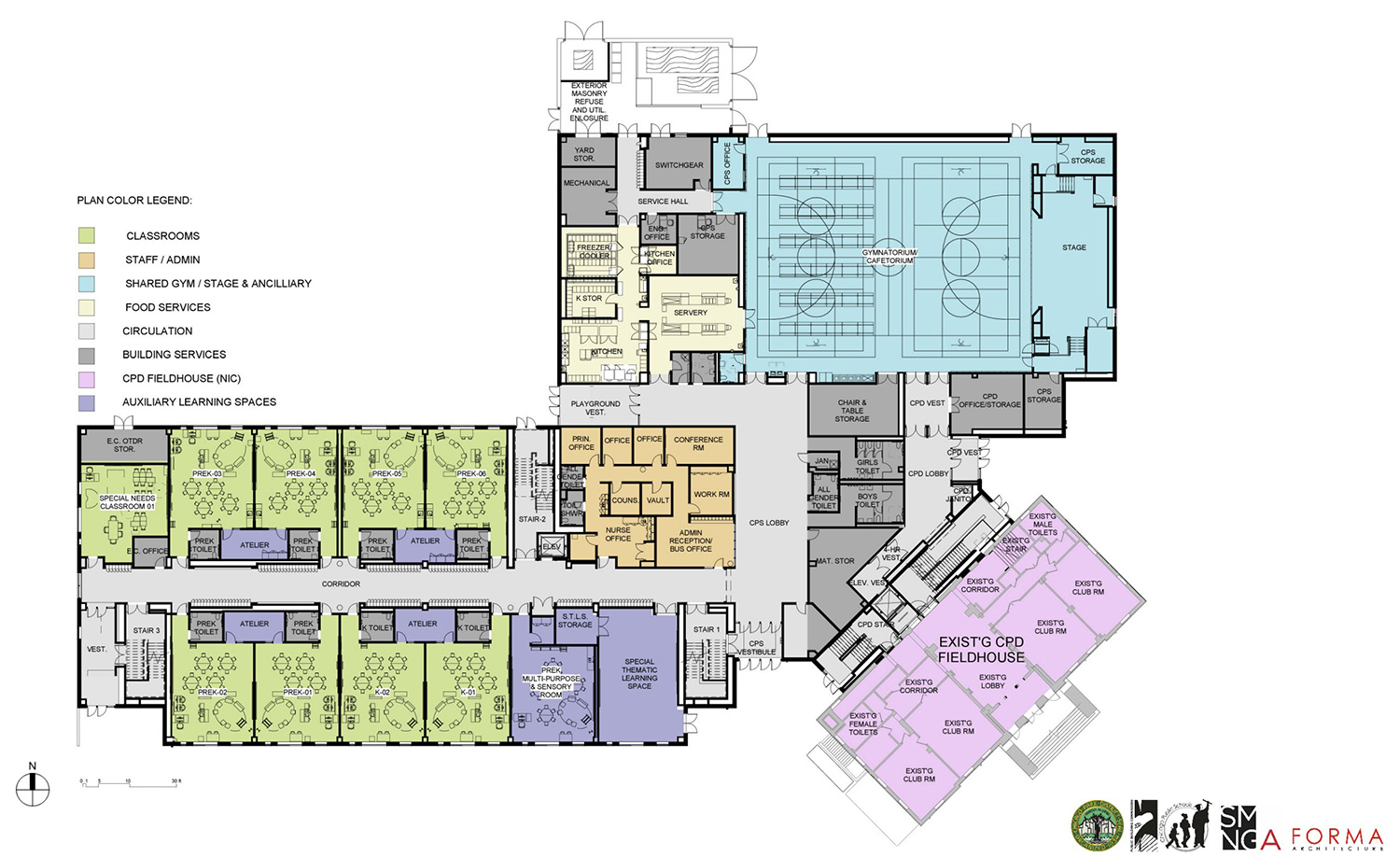 The approximately 86,000-square-foot new classroom building will be built perpendicular to the existing fieldhouse. A classroom wing with a single double-loaded corridor will be located to the west of the fieldhouse along W Fullerton Avenue. The northern wing on the eastern side will hold the gymnasium, stage, and cafeteria spaces. The structure will be topped by a green roof. 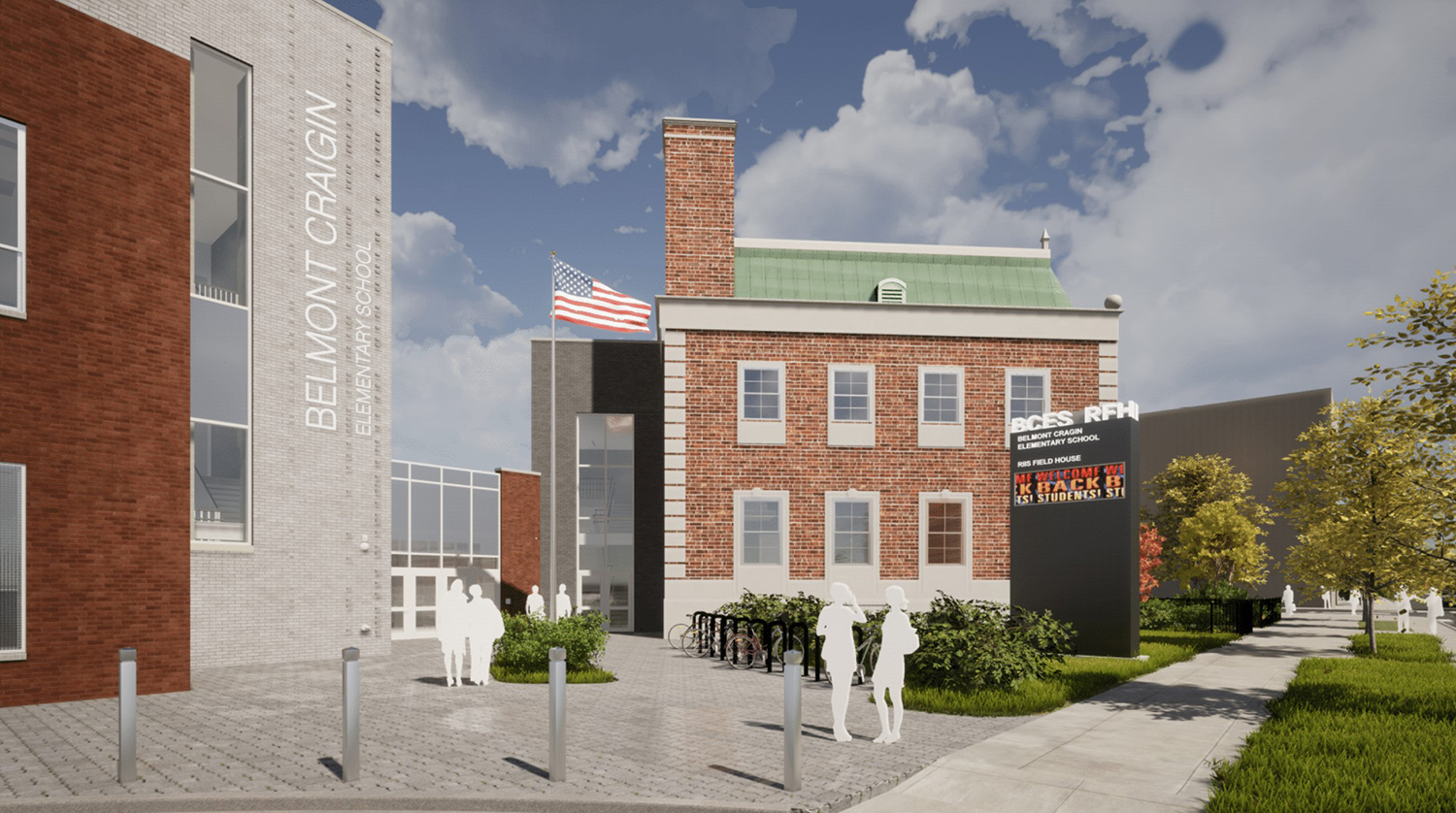 The main entrance to the school will be along W Fullerton Avenue, with a student drop off loop in front of the entrance. The gymnasium space will be publicly accessible as an amenity for the community in addition to the renovated fieldhouse. A separate entry for public access to the gymnasium and the fieldhouse will face N Meade Avenue. 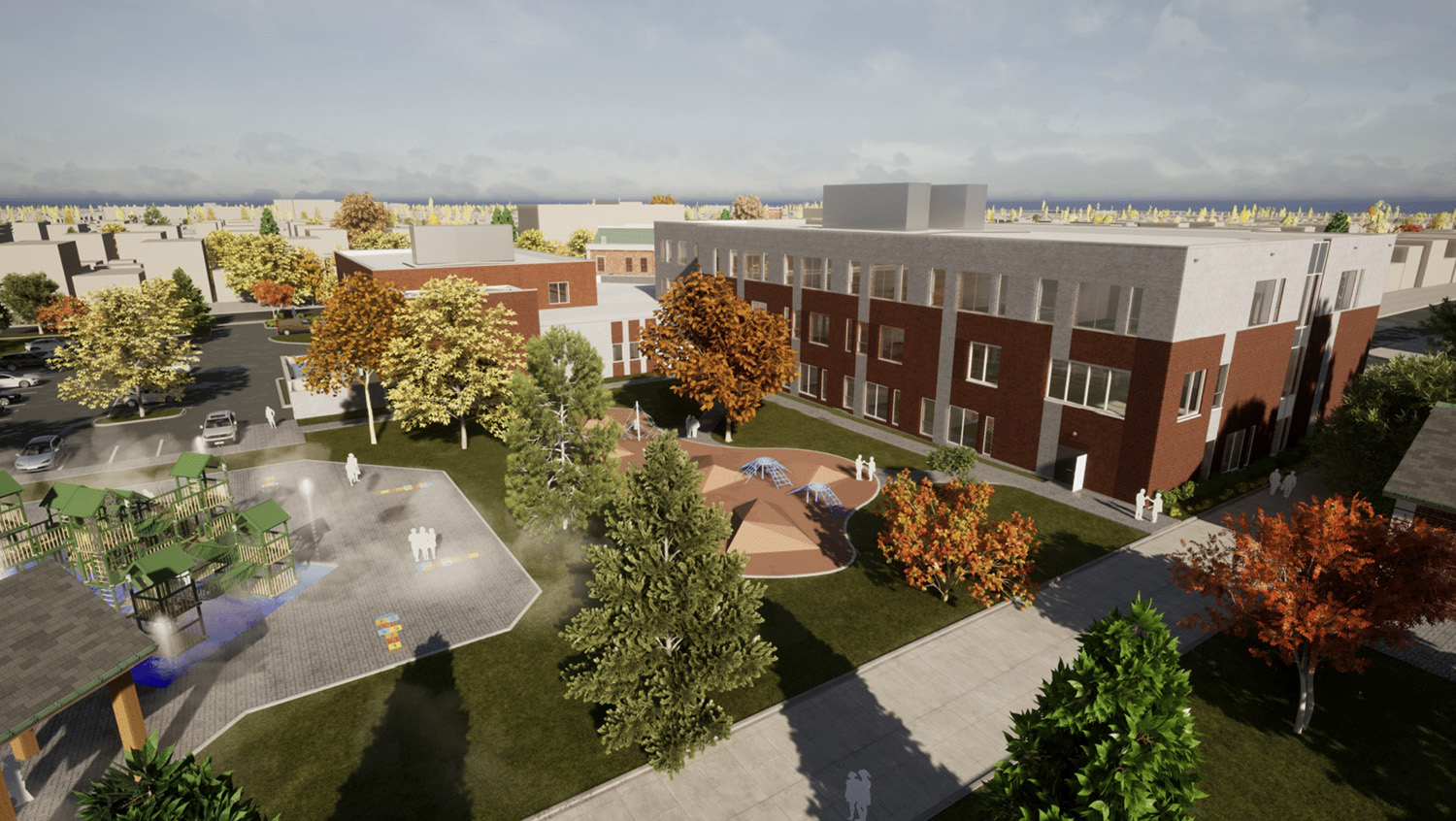 Behind the school, a playground area will be built for students. Two playgrounds will be installed, with one for younger students and a second for older students. An existing splash pad will be retained. A parking lot will be placed directly north of the gymnasium.

The school will feature sustainability efforts including a LEED Silver designation. As part of a planned development, the site will have an underlying zoning of RS-2, with an overall Planned Development designation. With zoning and Chicago City Council approval, the project can move forward permitting and construction. An official timeline for the project has not been announced.