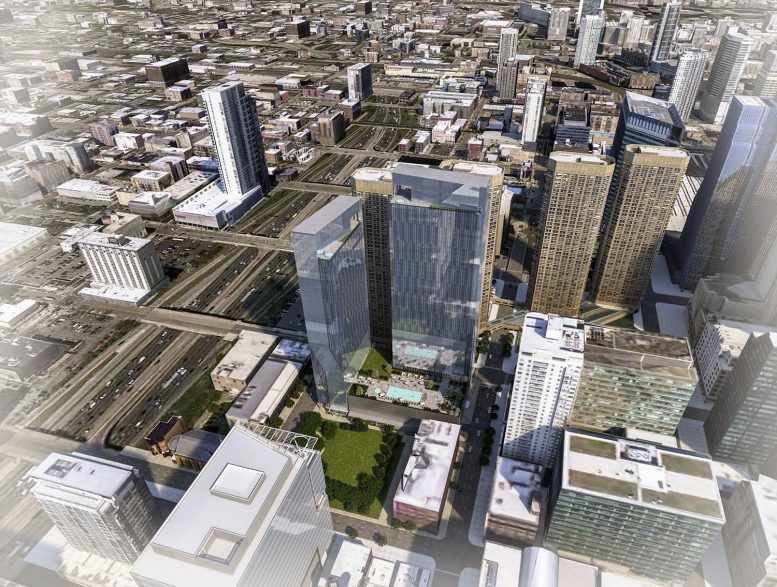 Renderings have been revealed for a two-tower proposed mixed-use development located at 601 W Monroe Street in West Loop Gate. Located on a rectangular lot, the site sits along W Monroe Street, spanning the entire width of the block from S Jefferson Street to S Desplaines Street. Currently a surface parking lot, the parcel is directly adjacent to Heritage Green Park. Pacific Reach Properties is the developer behind the proposal. 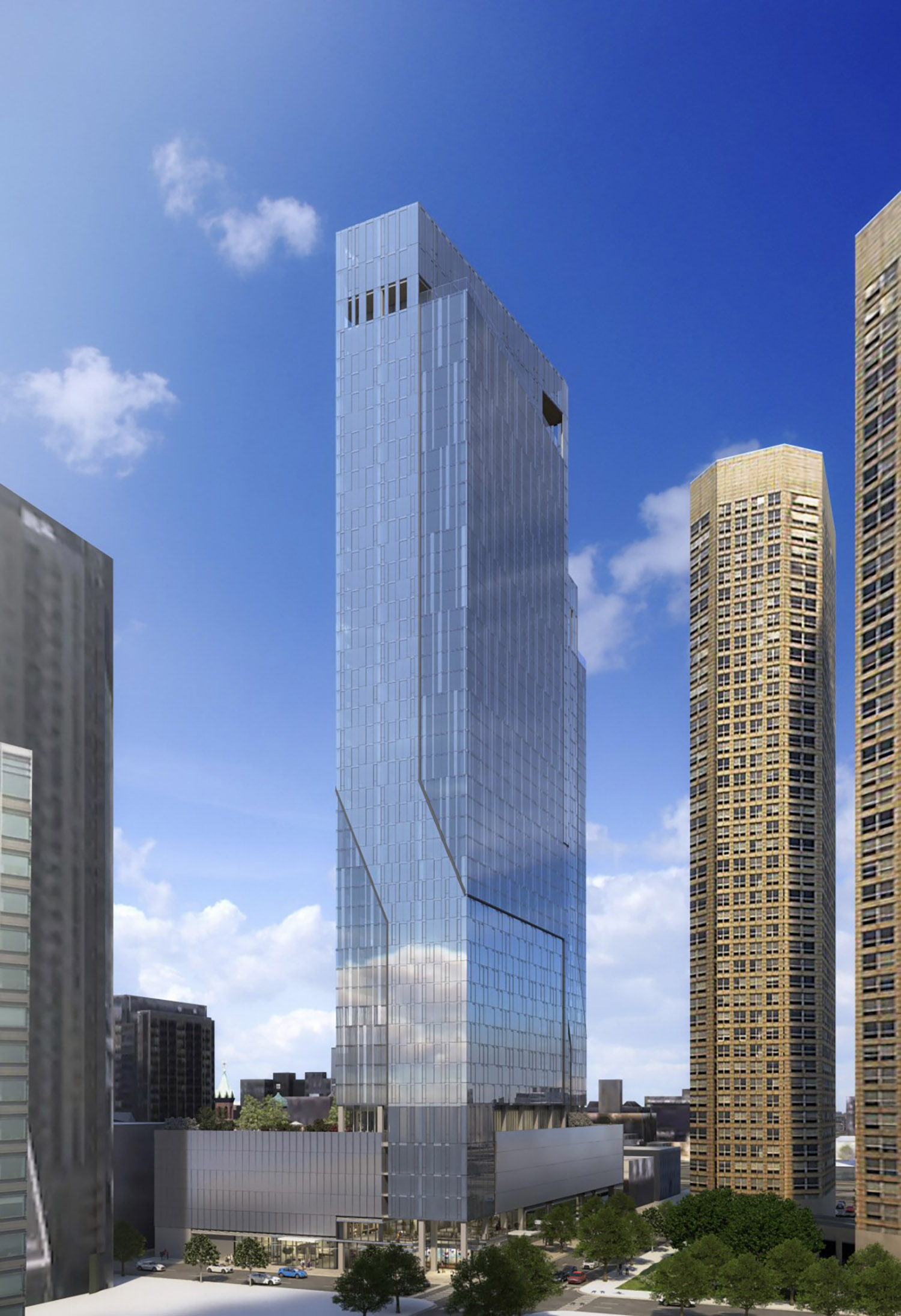 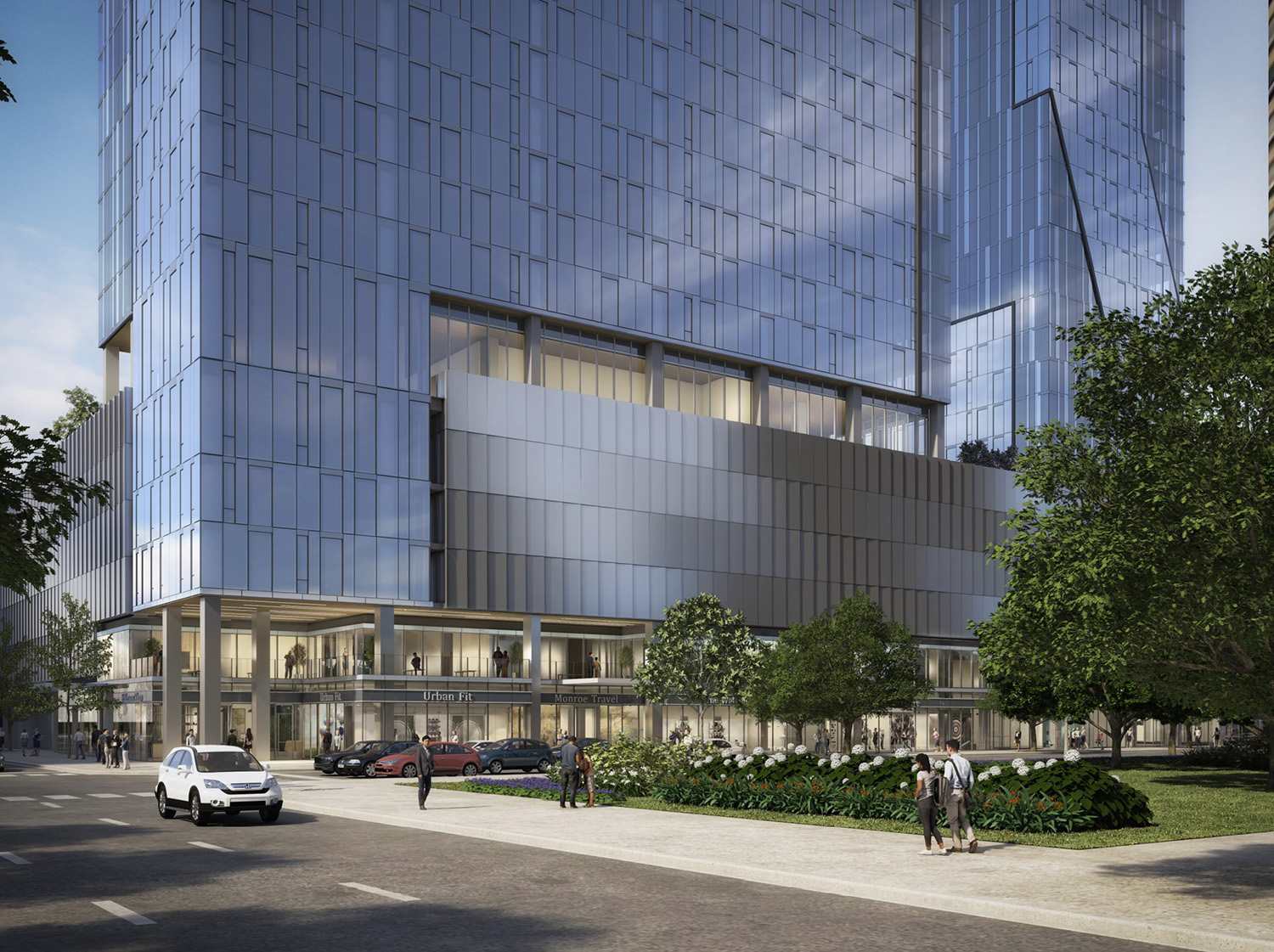 The west tower will become a backdrop to the 50,000-square-foot public park, Heritage Green Park. The developer added over 30,000 square feet of retail along the park and adjacent street frontages to encourage pedestrian activity along the entire building perimeter. The first and second floors of the west building directly adjacent to the park will be planned for a food and beverage tenant, placing an active use that will provide additional security to the park. 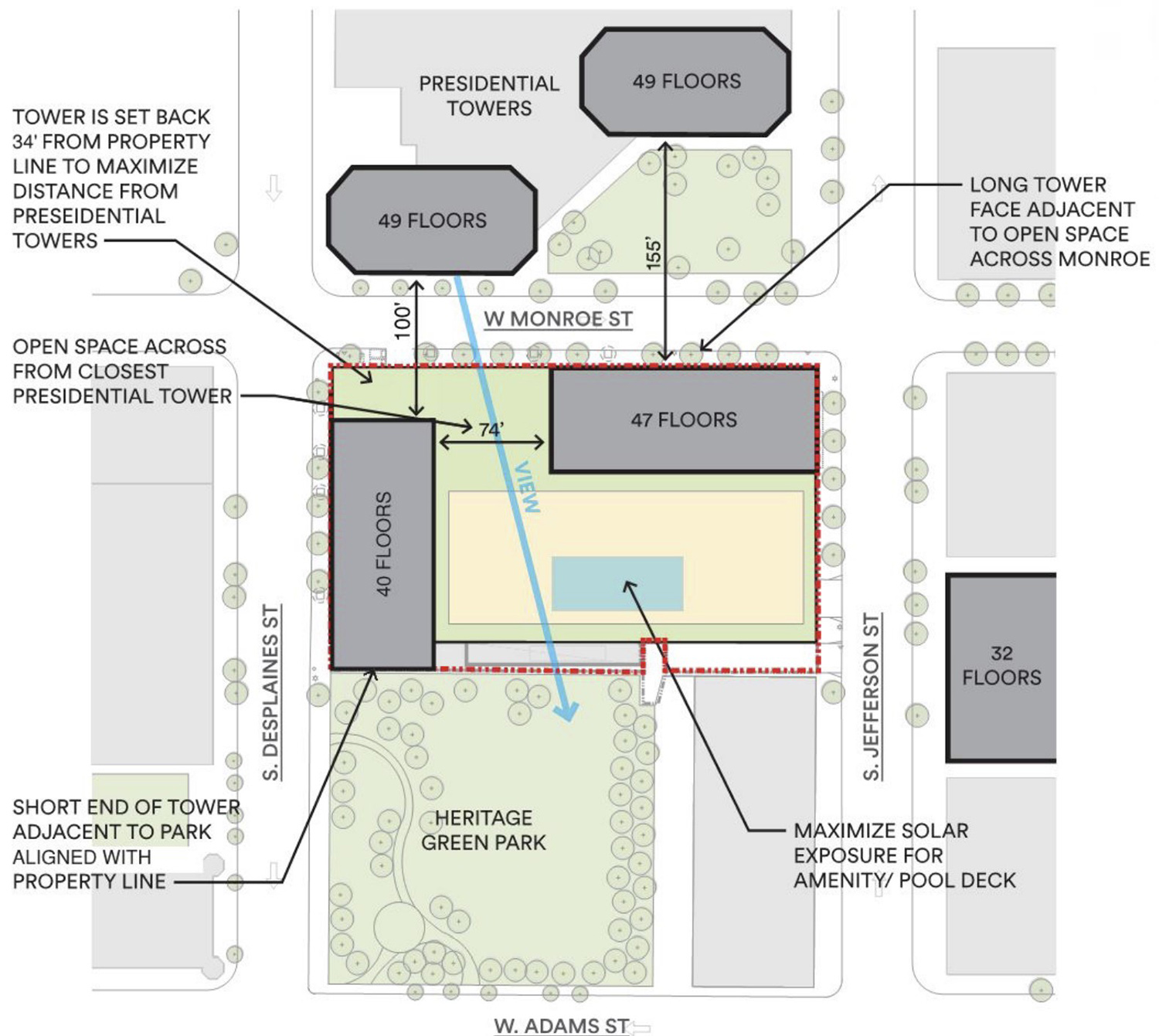 The project features a design of contemporary towers that are linked through their dynamic and opposing arrangement with a shared expression of a vertical element. The towers are connected at the base via a shared podium that will be topped by an amenity and pool deck. Each tower will have a separate residential entry, with one on S Desplaines Street for the west tower, and one on S Jefferson Street for the east tower. 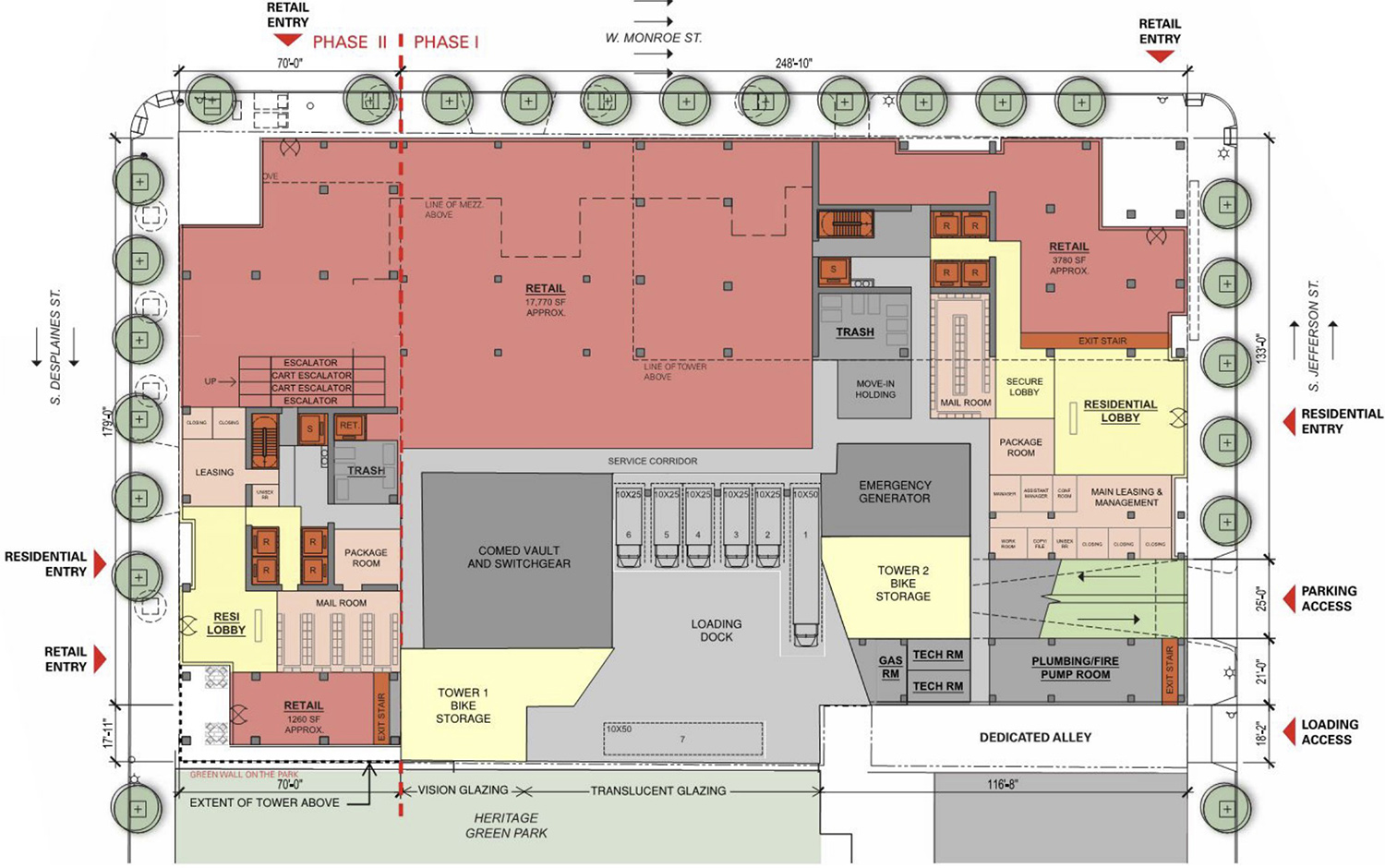 As an updated proposal from the original concept in 2018, the design and scope of the project has undergone multiple changes. This includes the elimination of hotel as a program in favor of additional multi-family units, height reductions for both towers from 54 and 43 stories to 47 and 40 stories. The podium was reduced in height by one level, and parking was reduced from 449 to 430 spaces. 385 bike parking spaces were added. Parking and loading access was removed from S Desplaines Street and is now only accessible from S Jefferson Street. The amount of retail space was increased from 11,000 square feet to 30,000 square feet. 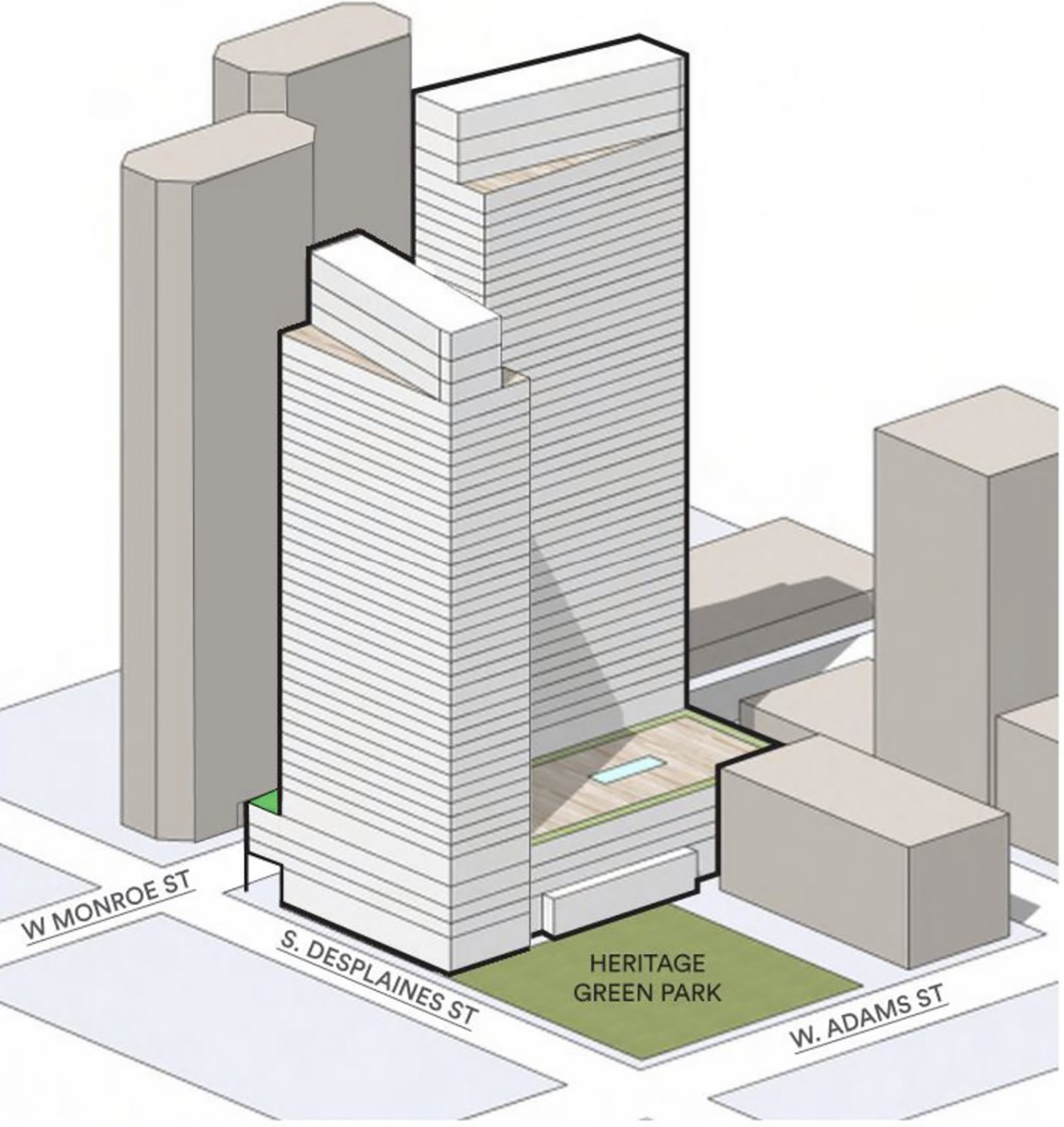 The building will provide 24-hour staffing of front desks, security cameras monitoring the exterior, and additional outdoor lighting to further establish a safe environment within Heritage Green Park. The space near the park activated with retail space has expanded into the second floor of the podium with outdoor seating. Residential units were added to the podium as well. A revised parking garage cladding was introduced to enhance the appearance of the base. 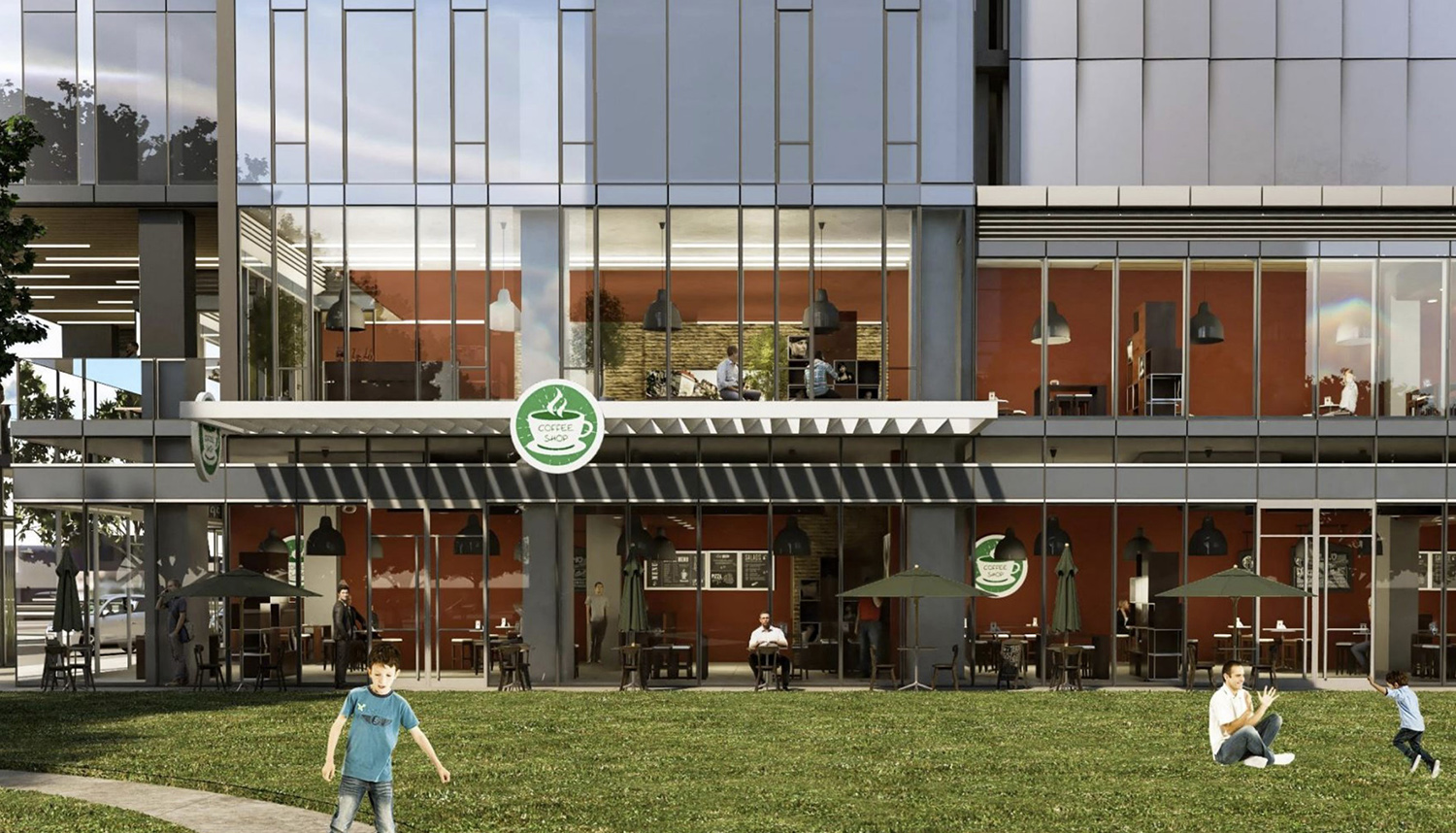 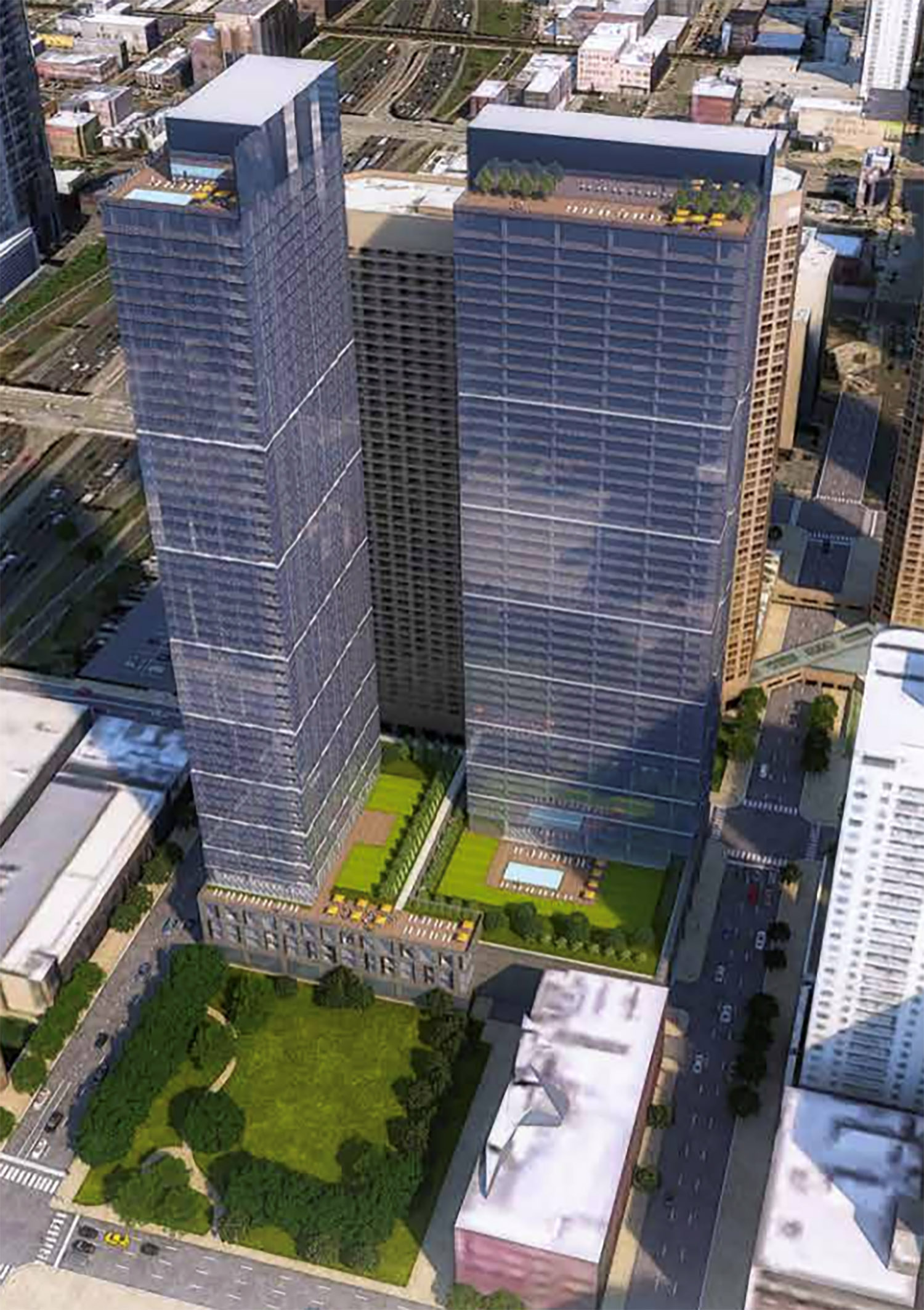 The developer is seeking a floor area ratio bonus which will contribute $5.5 million to the Neighborhood Opportunity Fund. To accomplish this proposal, the development team will need approval from the Chicago Plan Commission, as well as zoning and Chicago City Council approval. An official timeline for the project has not been announced.