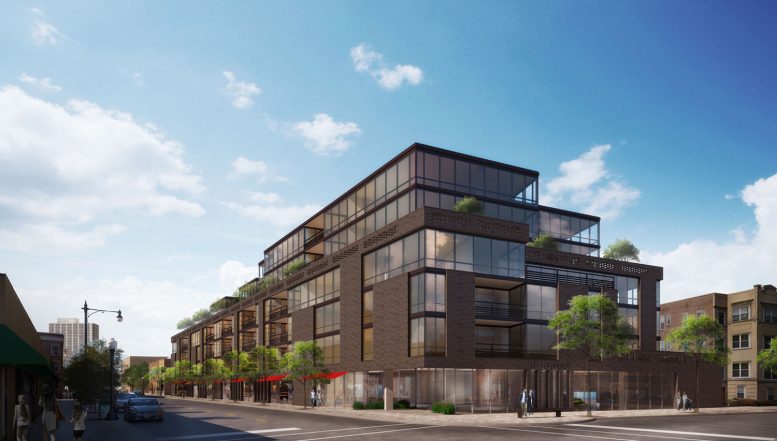 Construction is imminent at 3460 N Broadway in Lake View, the site of a new seven-story mixed-use development. The development is located on a corner lot at the intersection of N Broadway and W Cornelia Avenue. Public transportation access includes the CTA Bus at the Broadway and Cornelia stop on the corner of the site, serviced by Route 36 and a 10-minute walk to the Addison CTA station, serviced by the Red Line. Optima Inc is the developer-architect in charge of the design and development of the project. 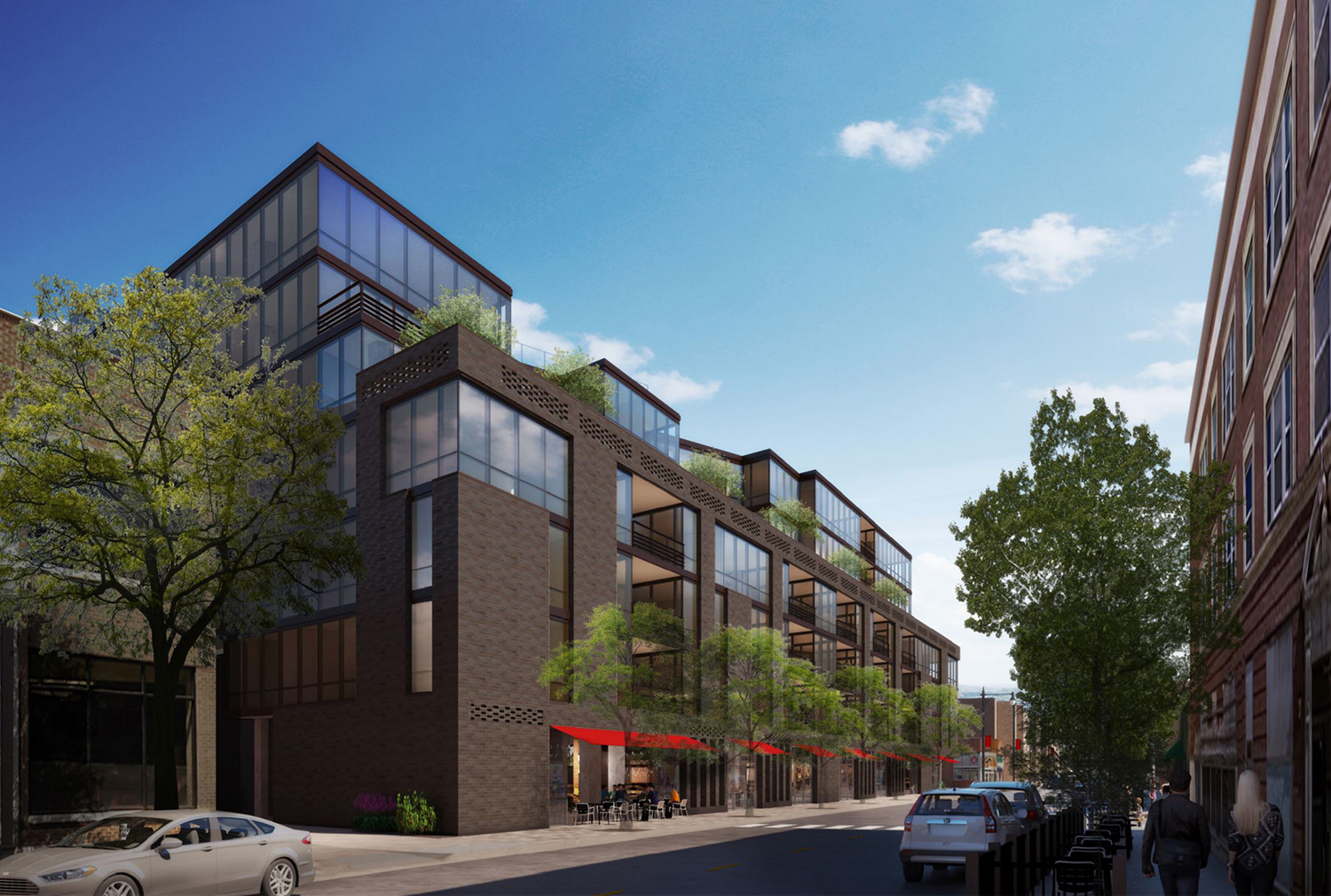 Rising 82 feet, the building will comprise ground-floor commercial space along N Broadway, with parking for 94 cars and 208 bicycle parking spaces. There will be 198 residential units containing a mix of studios, one-, two-, and three-bedroom units. Residents will have access to multiple amenities including a roof deck with pool and spa, indoor basketball court, fitness center, game and party rooms, dog park, and outdoor landscaped terraces. 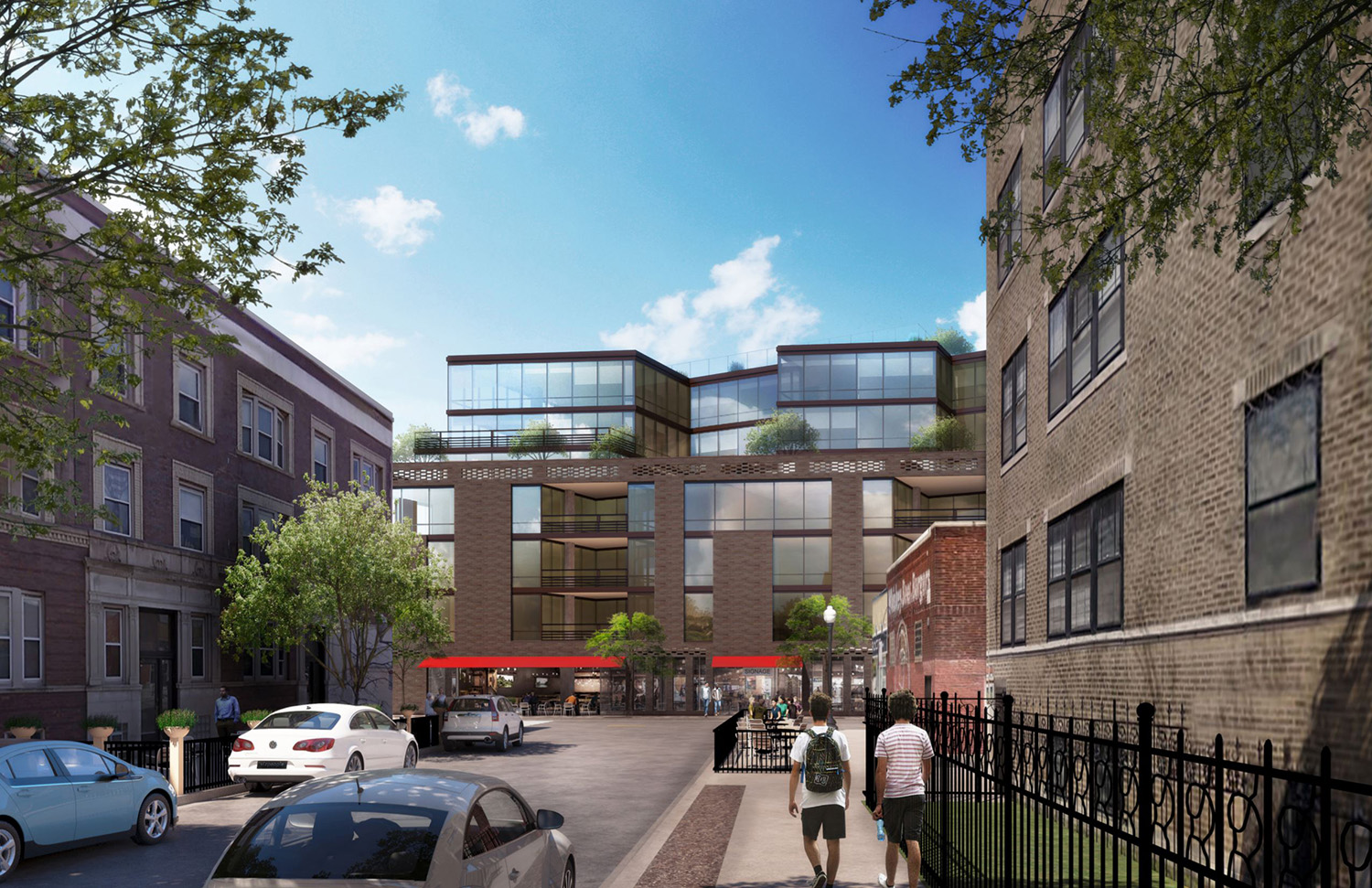 This scope and design of the development is the final iteration after extensive revisions were made to resolve community concerns. Developers eliminated one residential floor, reducing the height from eight floors to seven floors and the height from 82 feet to 75 feet. The elevator overrun will now be 93 feet, down from 103 feet. The number of residential units was lowered to 198 from an original 246. The amount of vehicle parking was increased to a ratio of 0.45 spaces per unit and bicycle parking was also increased. 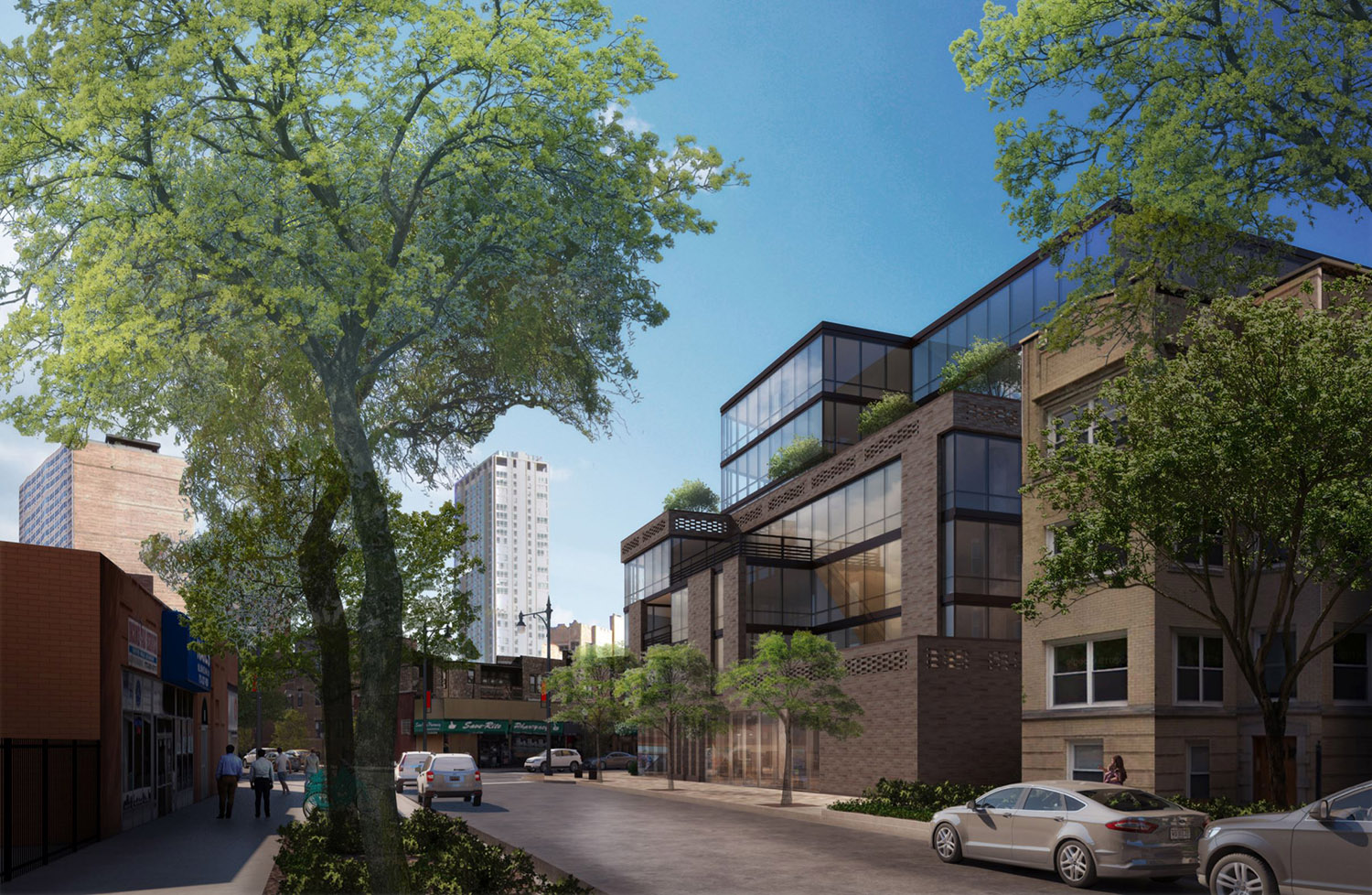 Along N Broadway Street and W Cornelia Avenue, the amount of glass façade was decreased and replaced with a brick base to fit into the neighborhood context. Additional and enlarged terraces were added along N Broadway Street. The building massing has been setback at the fifth level, with depths ranging from 13-50 feet. A series of balconies were also added along W Cornelia Avenue to further set back the massing. A brick privacy wall was added on the second floor at the western boundary of the project along the community and private terraces. The ground-floor exterior material along the western façade was switched to brick from concrete. 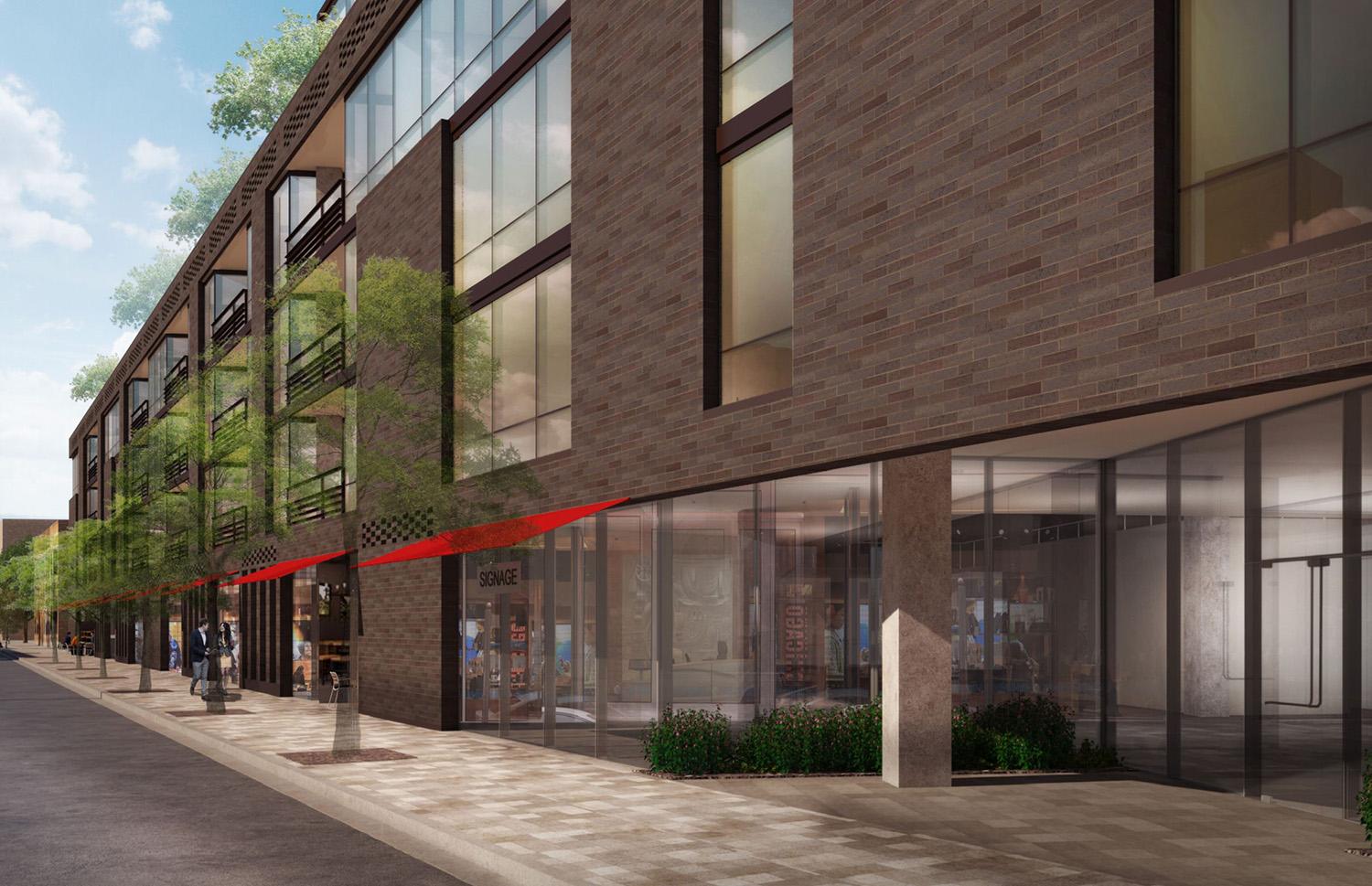 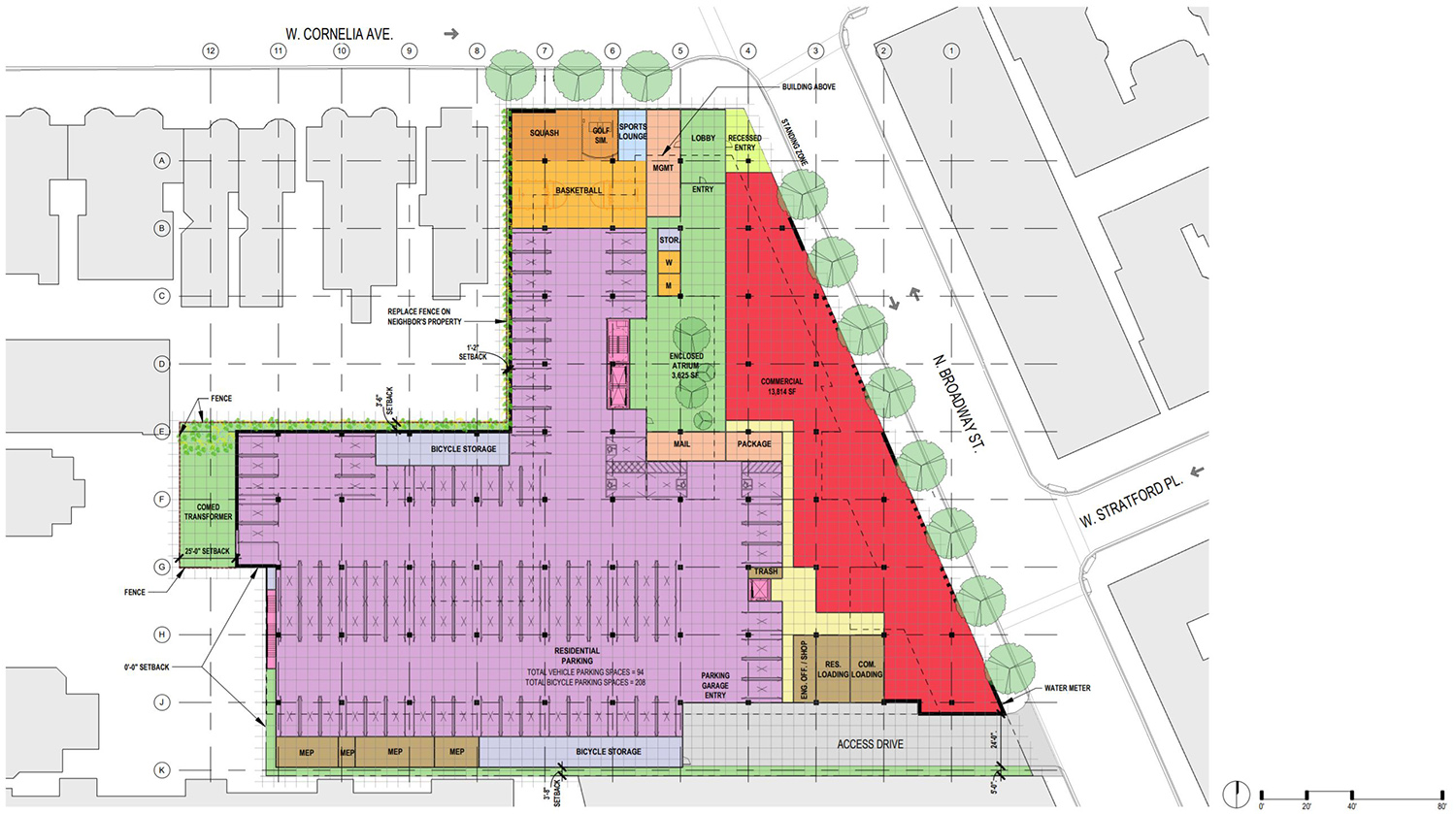 After receiving approval from the Chicago Plan Commission in January, the project is now being issued permits for construction. Permits for the foundation and the superstructure have been issued, indicating that the building’s ascent is imminent. Demolition has begun on an old Treasure Island grocery store on the site. No official timeline has been announced.