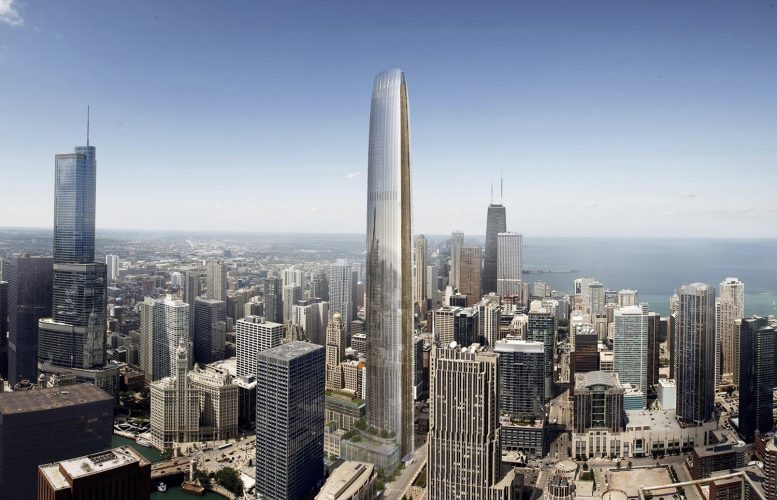 YIMBY recently stopped by the site of Tribune East Tower, the newly approved supertall that will become Chicago’s second tallest building. Tribune East is part of the Tribune Tower redevelopment project, which includes the conversion of the original Tribune Tower into 162 condominium units. Developers CIM Group and Golub & Company are leading the development of the $700 million structure that will replace a surface parking lot originally used by Chicago Tribune employees. 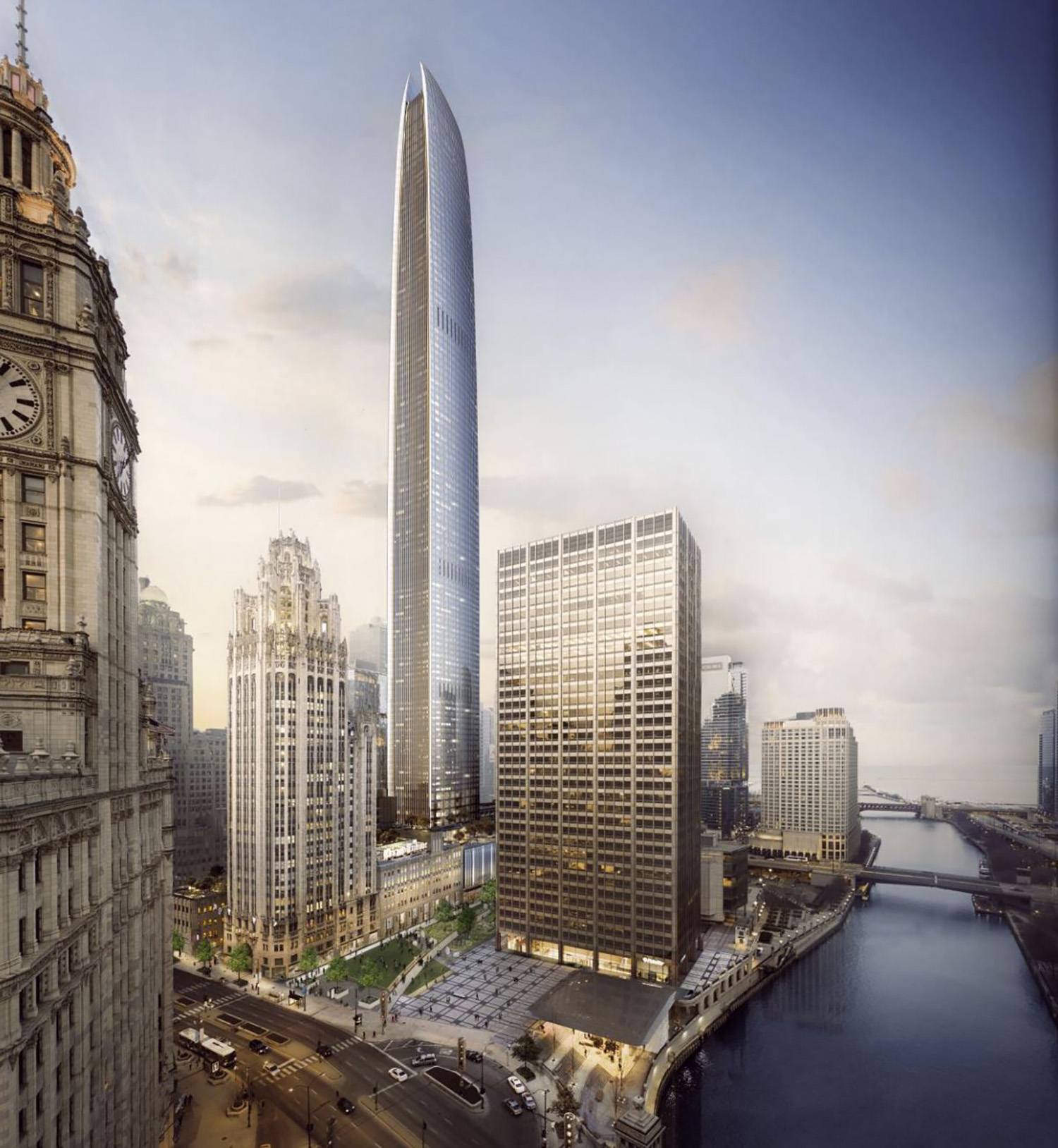 Designed by Adrian Smith + Gordon Gill Architecture, the structure will rise 1,422 feet with 102 floors. It will hold a 200-room hotel, 439 rental units, and 125 condominiums. A 687-vehicle parking garage and 14 loading docks will be located on site. The tower will feature a glass and metal façade along the entire height of the building. 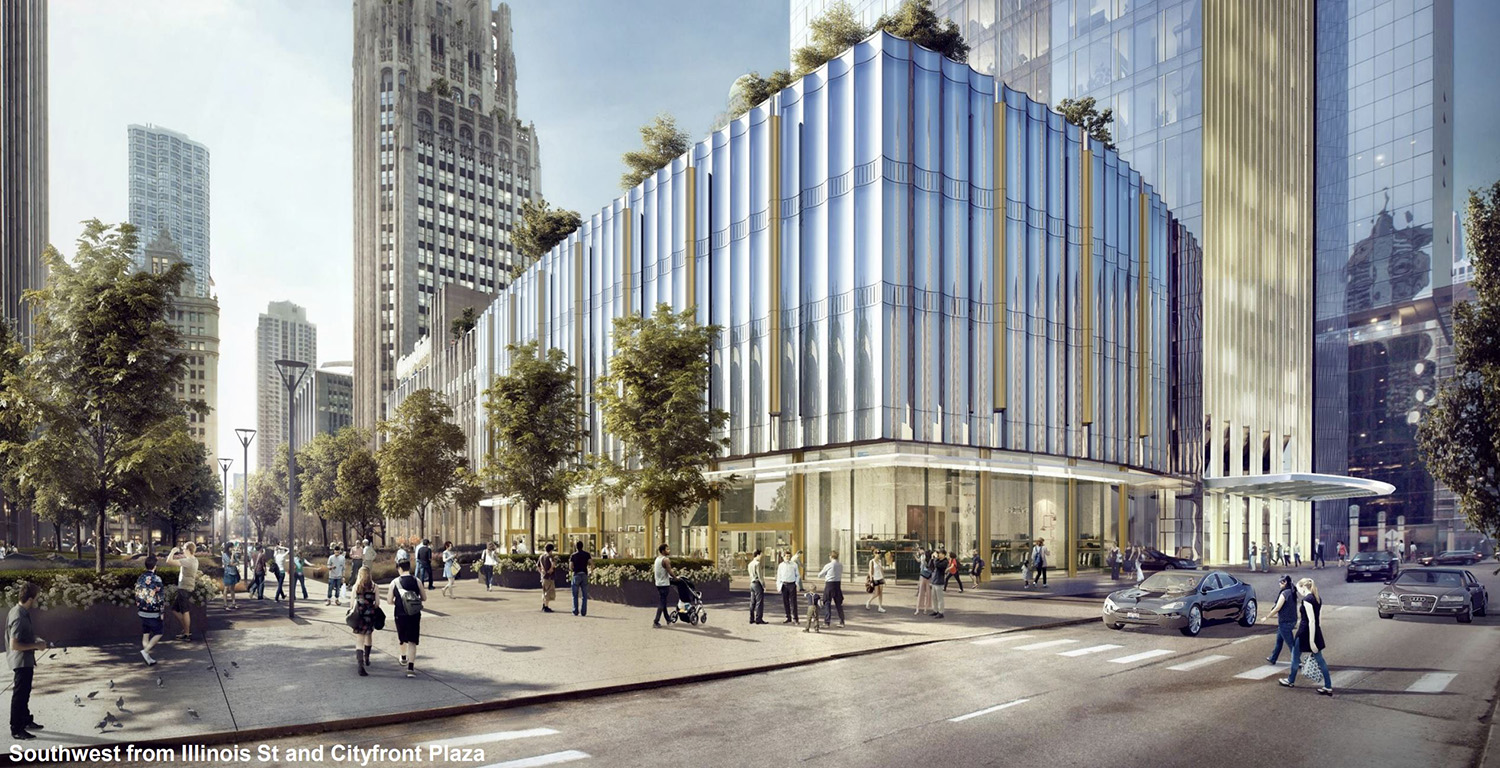 The development will include upgrades on site for both Upper and Lower E Illinois Street for residents and hotel guests entering the building. The existing Pioneer Court Plaza along N Michigan Avenue will also be renovated to create additional green space and outdoor seating. A new path to Cityfront Plaza will also be included in the new plaza. 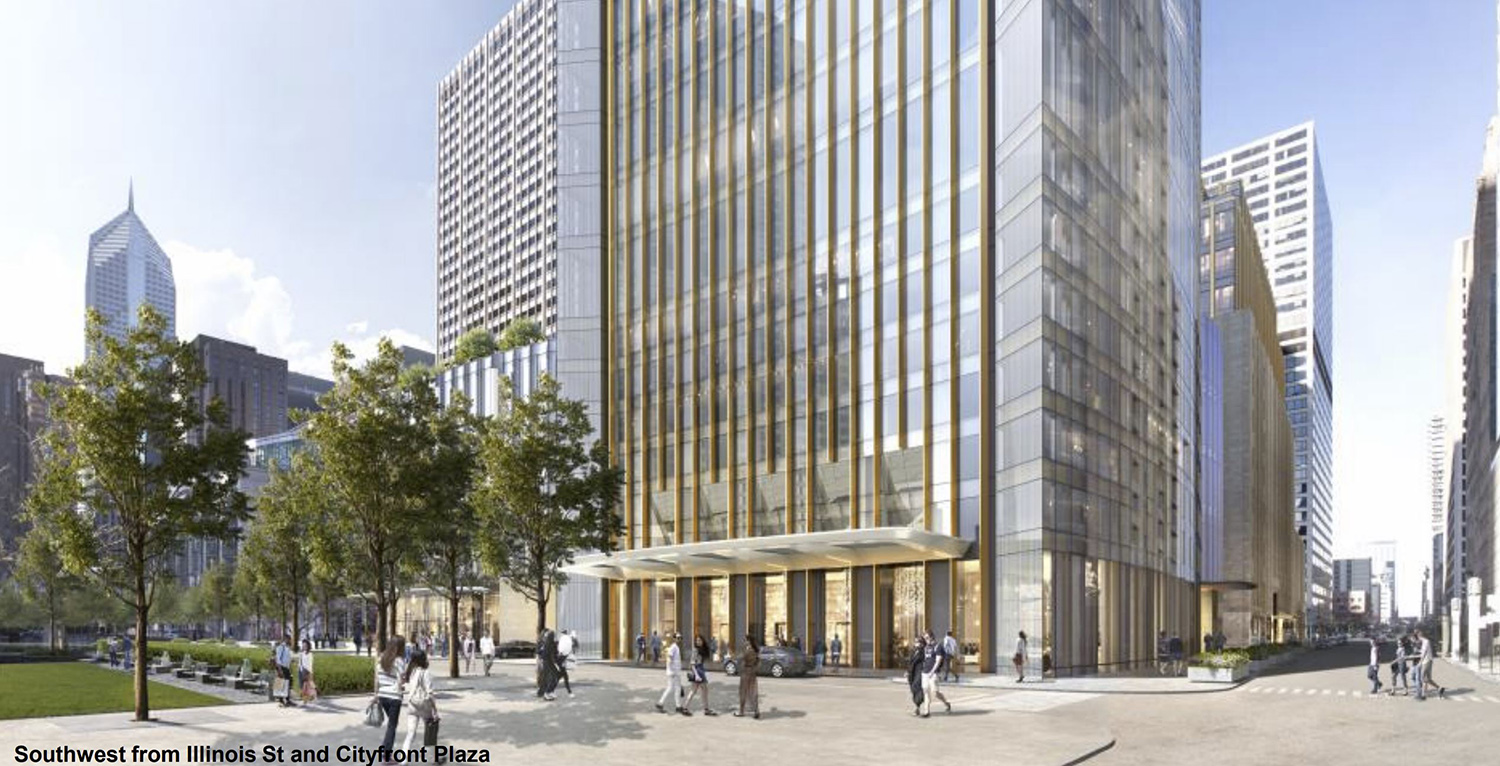 In its current state, the site, which was originally a parking lot, is now full of construction equipment and supplies including steel beams and decking. The lot is acting as a storage and tagging ground for the adjacent Tribune Tower renovation and conversion. Additionally, the property is being used for contractor parking, the onsite field construction office, and to hold a mobile crane. 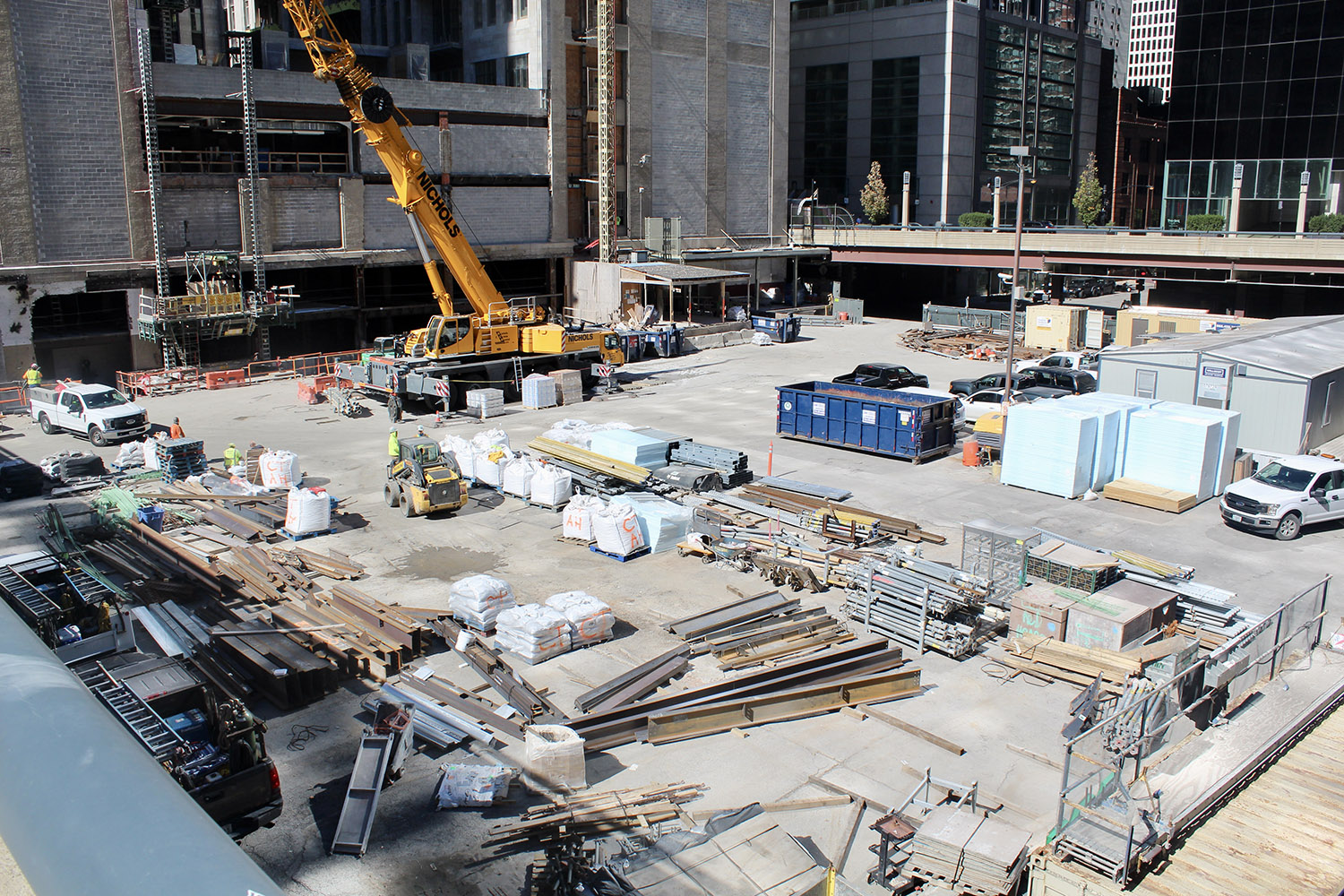 The lot is bound by E Illinois Street to the north, N St. Clair Street to the east, Pioneer Court to the south, and the Tribune Tower complex to the west. Multiple CTA bus routes are accessed within a two-minute walk from the site. The Grand CTA L station, serviced by the Red Line, is a seven-minute walk away. 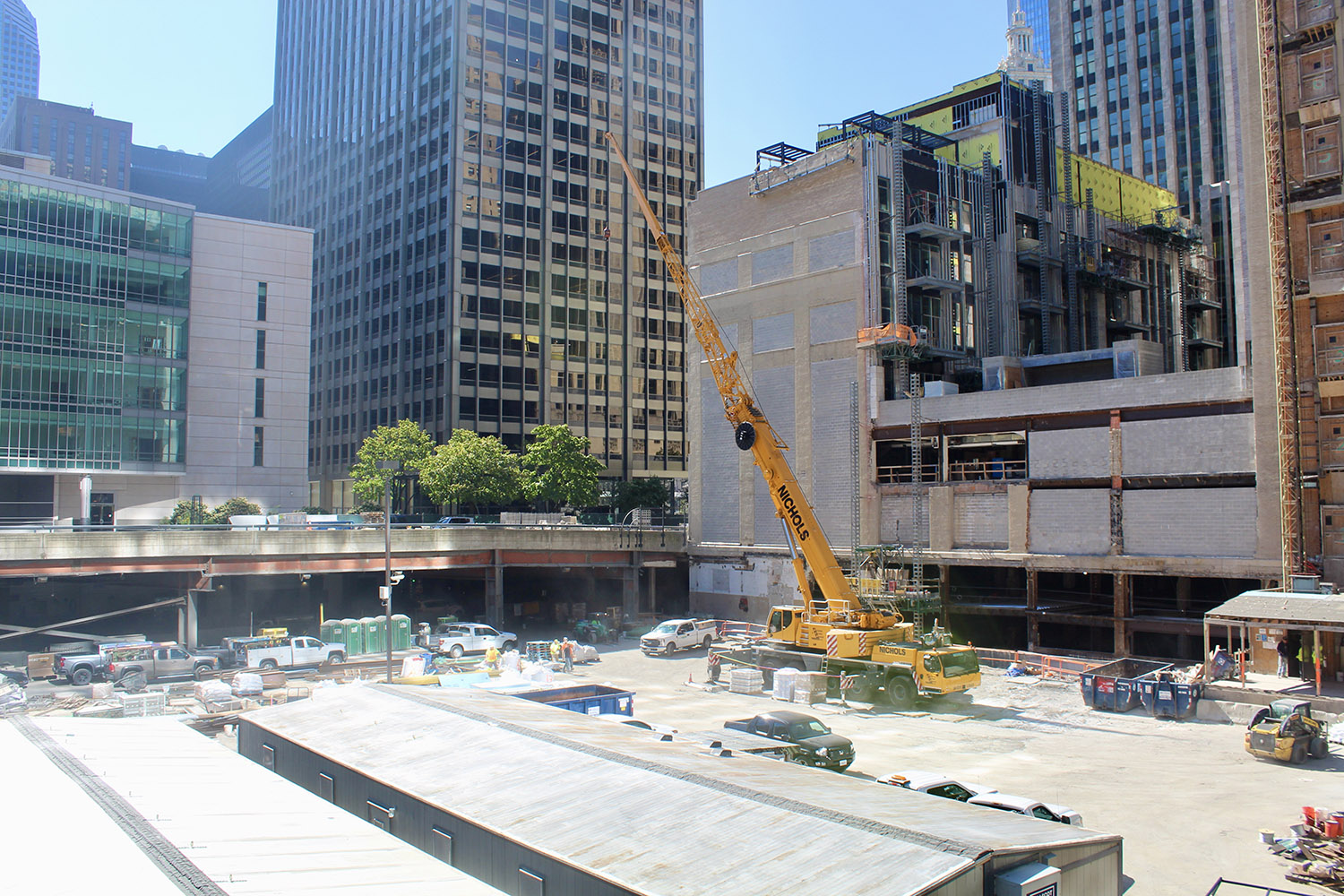 Approved by the Chicago Plan Commission and Chicago City Council in May 2020, Tribune East Tower is fully greenlit and ready to rise. Construction is expected to begin in late 2021 or early 2022, with an estimated completion date of 2025.