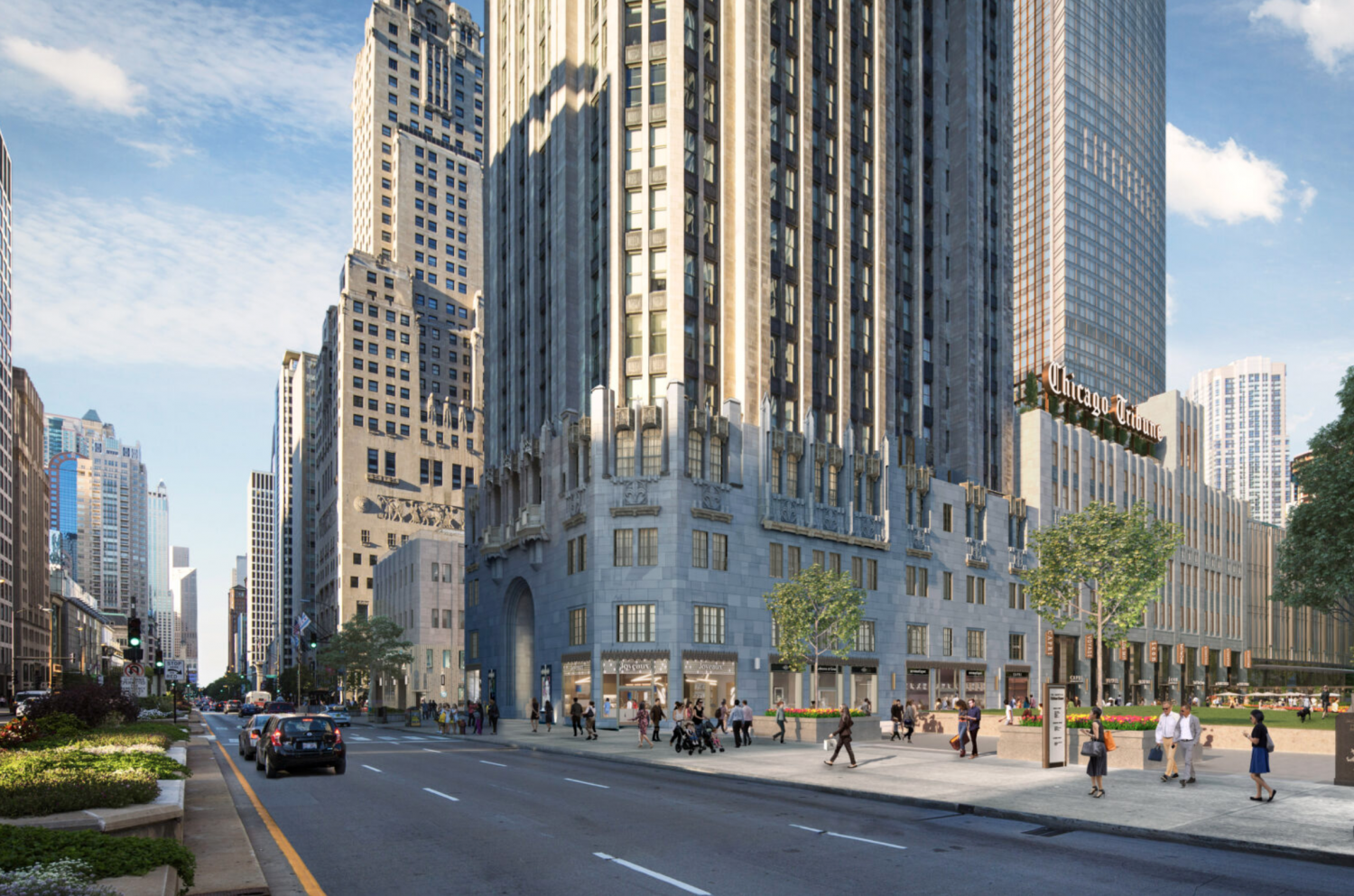 The edifice’s story begins almost exactly 100 years ago, when The Chicago Tribune newspaper held a public competition to design its new headquarters. The key guideline was to design the “most beautiful office building” in the world, with over 260 submissions vying for that title and a first prize of $50,000 (roughly $800,000 in 2021). The winning entry was the Neo-Gothic design by New York-based Raymond Hood and John Mead Howells, whose dramatic Neo-Gothic design came to fruition with the tower’s completion in 1925. The Chicago Landmark would serve as the Tribune’s headquarters for another 93 years, up until its 2018 relocation to One Prudential Plaza. Upon the departure, the property was sold for $240 million to co-developers CIM Group and Golub & Company.

The Museum of Ice Cream has announced it will open its fourth permanent location inside the re-developed Tribune Tower at 435 N Michigan Avenue on the Magnificent Mile. The Chicago location will be joining similar attractions in New York, Austin, and Singapore, the museum previously has operated long-term pop-ups in places like Miami and San Francisco drawing large crowds to its many social-media friendly displays.

Final facade work is approaching the finish line for the condominium conversion of Chicago’s iconic Tribune Tower, located at 435 N Michigan Avenue along the southern end of Magnificent Mile. The 462-foot-tall neo-Gothic tower was purchased by CIM Group and Golub & Company in 2018 as the namesake Chicago Tribune newspaper moved its headquarters to One Prudential Plaza.

The historic “Chicago Tribune” sign has been reinstalled at the rapidly progressing Tribune Tower Residences in Magnificent Mile. Previously occupied by the Chicago Tribune since its initial construction in 1925, the 34-story landmark was sold in 2018 upon the publication’s relocation to One Prudential Plaza. Co-developers CIM Group and Golub & Company are now converting the Gothic Revival icon at 435 N Michigan Avenue to house 162 condominiums alongside retail at the base and a swath of residential amenities.