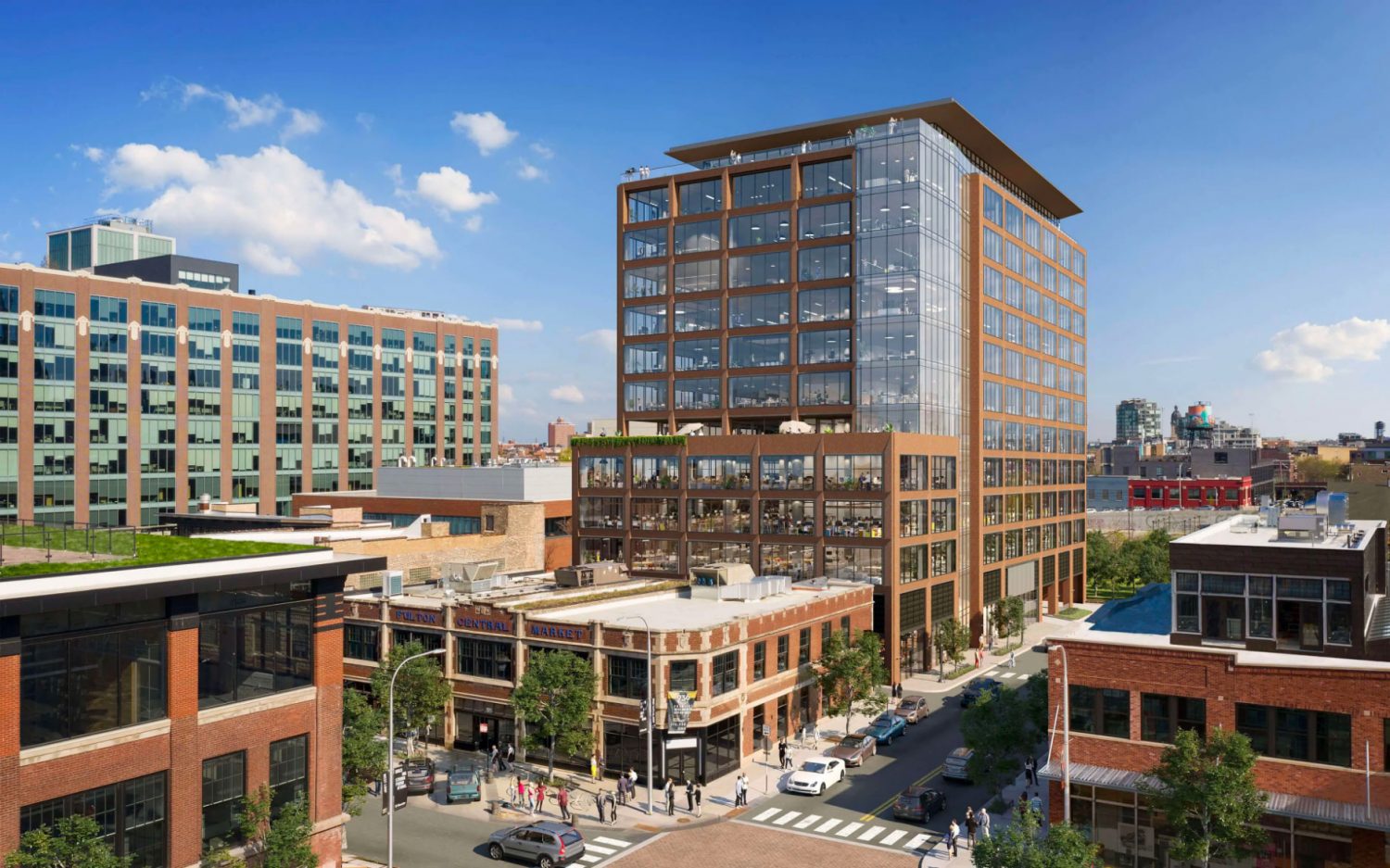 Exterior construction is now complete for a 13-story mixed-use building at 320 N Sangamon Street in West Loop. A joint effort by Tishman Speyer and Mark Goodman & Associates, the 270,000-square-foot project will house a mix of ground-level retail and office space on the above floors. Office floor plates will vary between 24,800 and 28,200 square feet, while stretching 13 feet from slab to slab. 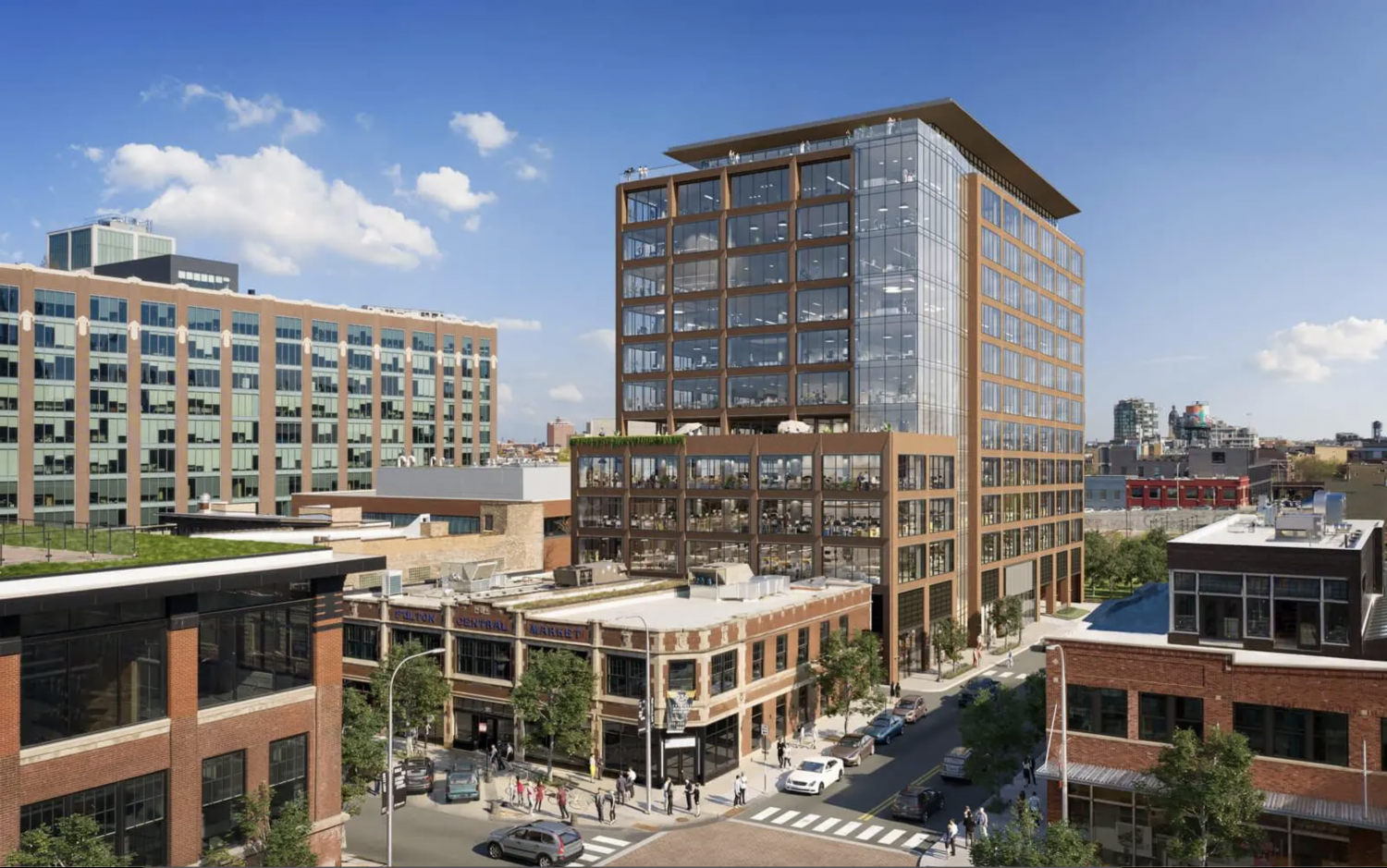 Glass cladding has been installed along the vertical glass portion at the southeast corner of 320 N Sangamon Street, a 13-story mixed-use building that’s wrapping up in West Loop‘s Fulton Market. 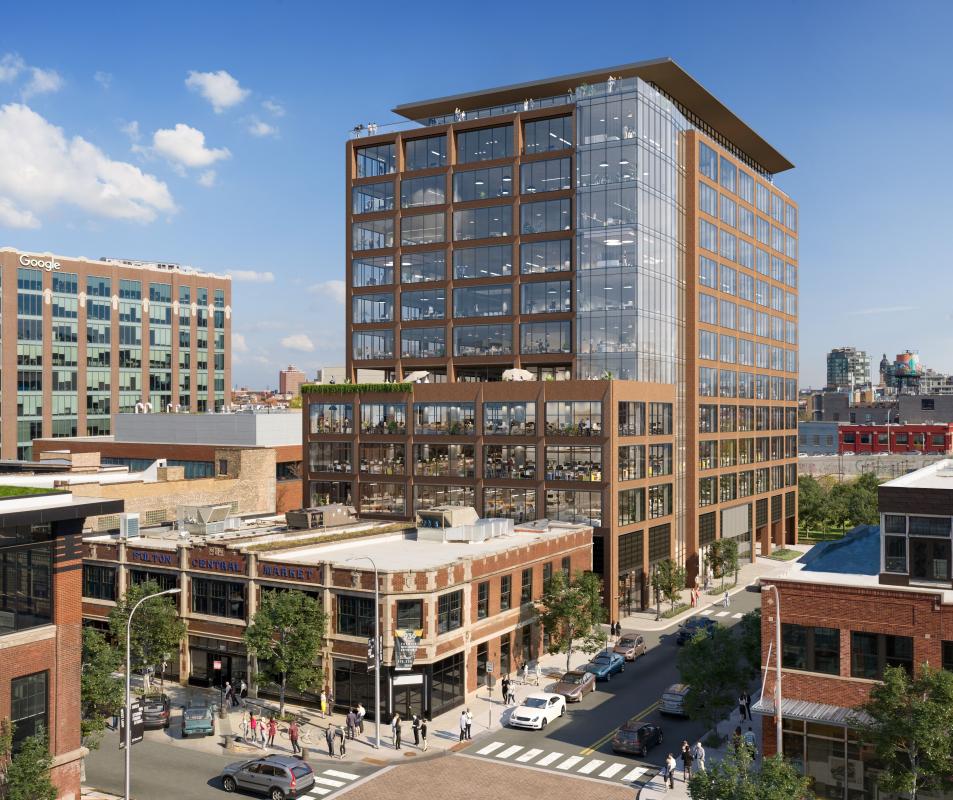