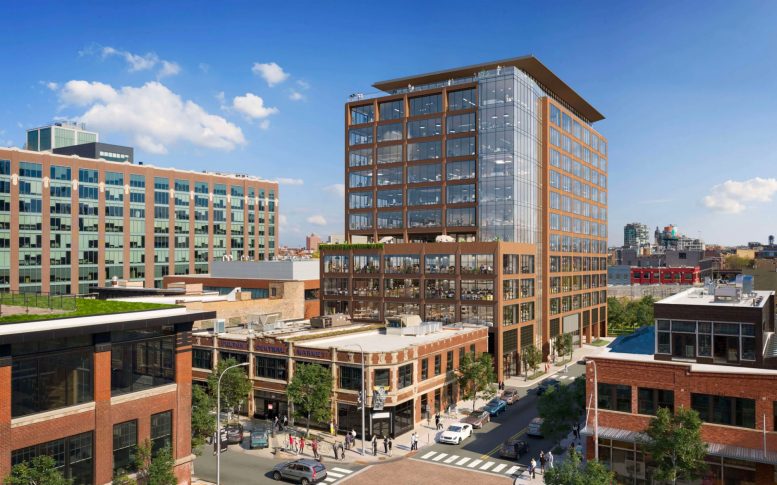 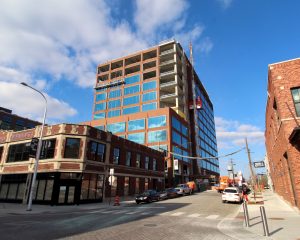 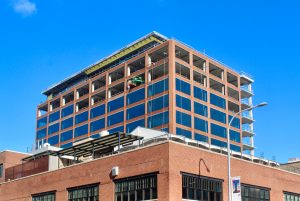 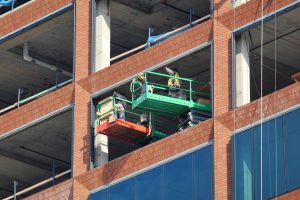 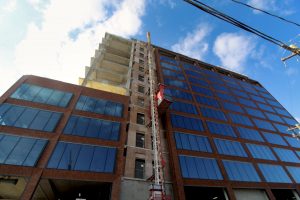 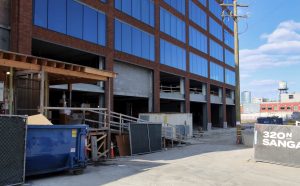 Co-developed by Tishman Speyer and local developer Mark Goodman & Associates (MGA), the building will offer roughly 270,000 square feet of rentable space to both retail tenants on the ground floor and office tenants above. The allowable square footage for the site was initially less than 100,000 square feet, but was approved via an effort led by MGA prior to the development.

Those occupying the offices will have access to a variety of features, including 25,000-square-foot floor plates, a fitness center, a lounge, a 100-person conference center, and a common penthouse area with a rooftop terrace and fire pit. According to Tishman Speyer, project details also mention a private terrace space occupying part of the sixth floor.

Solomon Cordwell Buenz is behind the design, having incorporated several distinct architectural features. A glass tower will punctuate the eastern facade, juxtaposing with the main red-brick masonry that wraps around the building. The tower’s shape will also include a spacious south-facing setback for the sixth floor terrace, as well as a crowning enclosure with a metal overhang. 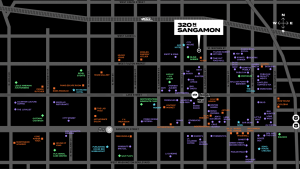 The project lies just north of the Fulton Market commercial corridor spanning east and west, and offers a variety of retail and dining options alongside other major new developments.

Those wishing to access Route 8 for the CTA bus can find its nearest stops just three blocks east along N Halsted Street. Other routes within a 10-minute walk include Route 65 along Hubbard to the north, as well as Bus 20 along Madison to the south.

Transit for the CTA L consists of the Green and Pink Lines at Morgan station, located a four-minute walk southwest. Tenants wishing to board the Blue Line can also find Grand station via a 12-minute walk northeast. 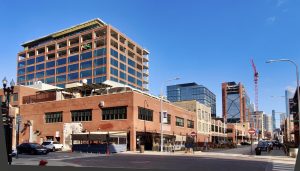 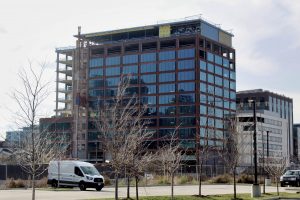 Clark Construction is the general contractor. With most of the exterior complete and glass installation now at the 11th floor, construction is on target to be completed in the first quarter of 2021.