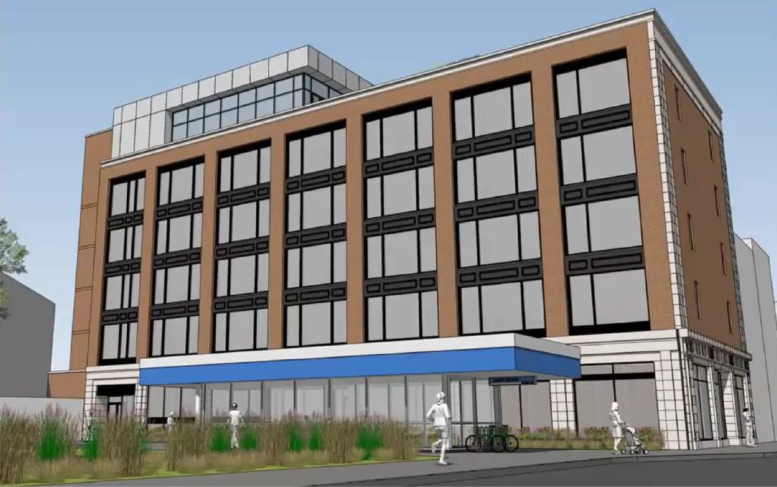 Updated plans have been approved for the mixed-use redevelopment at 2618 N Milwaukee Avenue in Logan Square. Located on the six-corner intersection of the neighborhood, across the street from the CTA Blue Line station and Centennial Monument, the existing structure has gone through various owners with failed plans as well. Now Blue Star Properties and Marc Realty have come back with a new revised plan for the former Grace Furniture building which is being designed by local architecture firm K2 Studio. 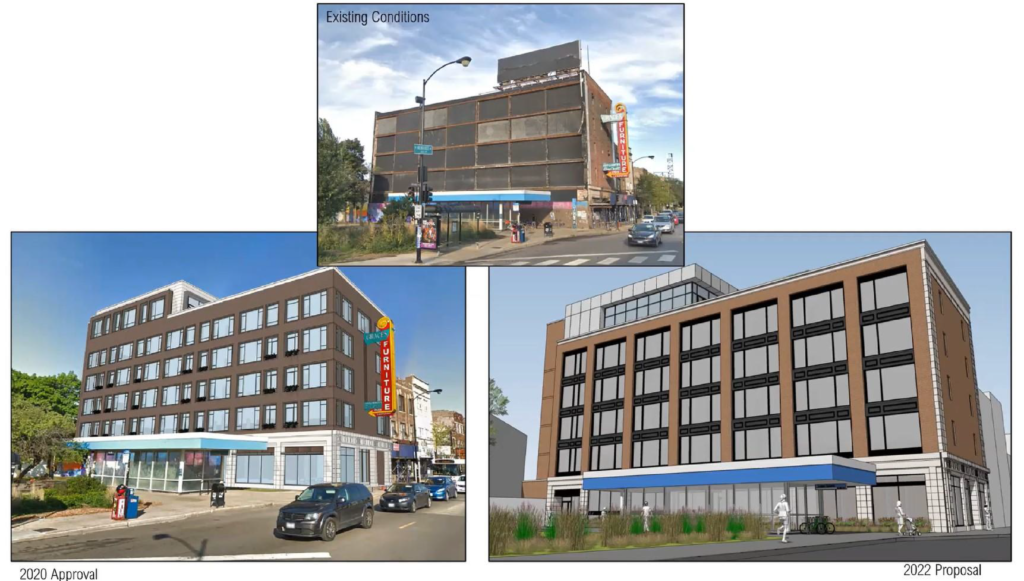 Originally built in 1914 as a storage warehouse, it didn’t become known for the furniture until the 1970s when local couple Julio and Digna Martinez started the business. Working seven days a week, they grew into the building offering a three-story showroom before announcing its closure in 2010 after nearly 35 years of operations. It has since sat vacant with its east facade being demolished in 2017 leaving the structure behind exposed. In 2020 the same group of developers announced a 44-room boutique hotel would take its place but plans was canceled soon after. 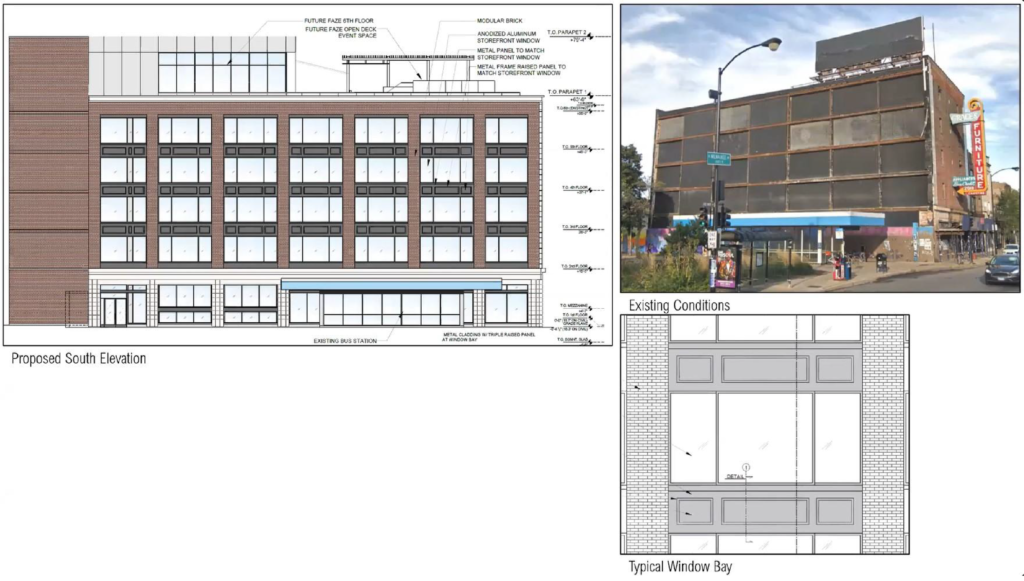 Now a few years later, the same team has returned and is proposing its redevelopment into a life-style gym operated by the Chicago Athletic Clubs who run two similar properties in Wicker Park and Bucktown nearby. Work would include a new eastern facade with 28 Chicago-style windows, as well as a new rear elevator core and rooftop addition with an outdoor deck utilizing the billboard structure for a trellis. The plans also call for the preservation of the existing windows and restoration of all exterior terracotta, and although drawings don’t show the front marquee sign, the team is working to determine its preservation. 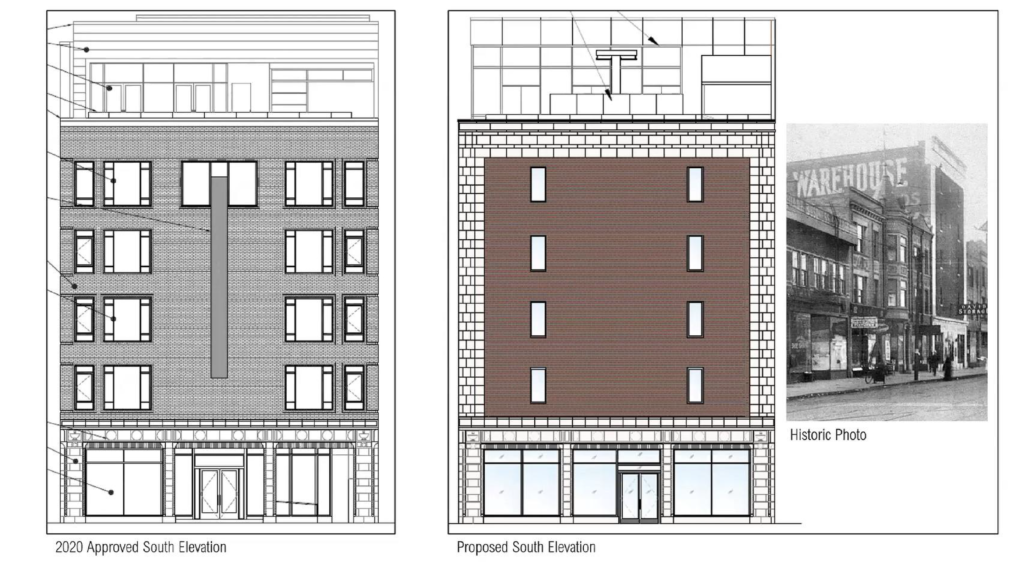 Dubbed the Logan Square Athletic Club, it would anchor the over 80,000-square-foot structure with a ground-floor restaurant also planned. The approval came from the Permit Review Committee, but it will still need landmark, zoning, and Logan Square Preservation approvals according to Block Club. At the moment no formal construction timeline or budget has been revealed, however work on preserving the terracotta has begun as the developer was urged by locals due to their crumbling status being a safety hazard.