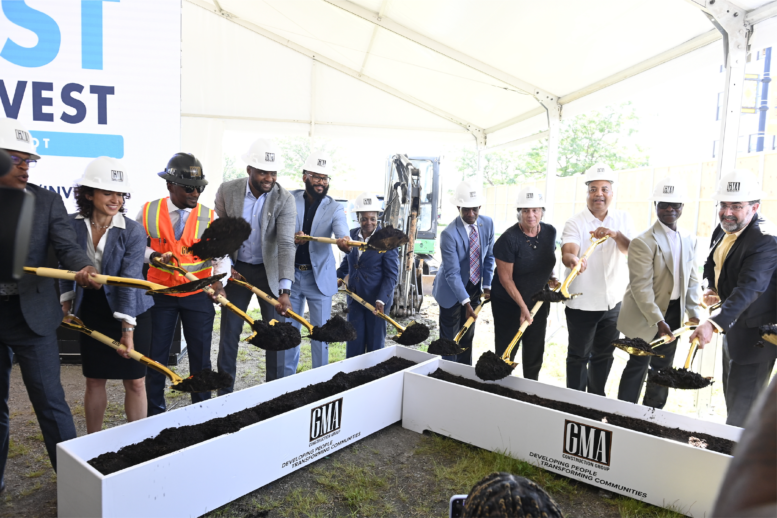 A groundbreaking ceremony has been held for the mixed-use development at 757 and 838 W 79th Street in Auburn Gresham. The two-building project is located near the intersection with S Halsted Street and its construction is a major milestone as the first Invest South/West to come to fruition. Developers Evergreen Imagine were joined by the design team of Ross Barney Architects and Nia Architects along with other city representatives, including Mayor Lori Lightfoot, for the monumental moment. 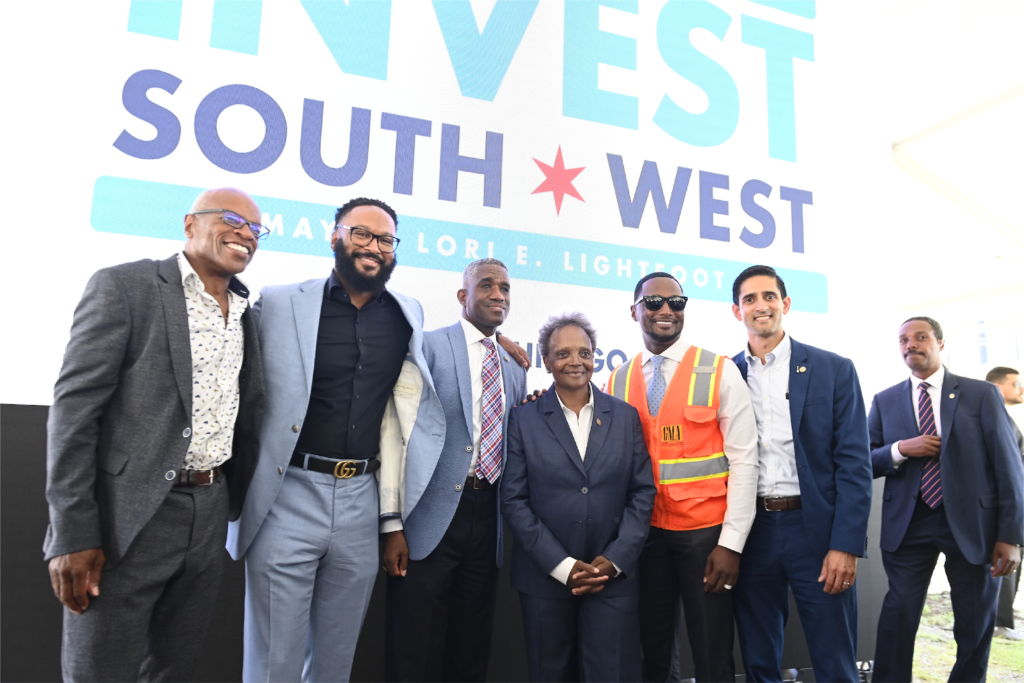 Multiple years after the program’s announcement, the Auburn Gresham property will be the first of more than 10 projects proposed by the city to help alleviate the housing crisis and spur investment while filling empty lots. The now $48 million development received some of its initial funding earlier this year in the form of $18 million in Tax Increment Financing (TIF) along with $18 million in Low Income Housing Tax Credits, and $3 million from the state with the rest of the money coming from other sources. 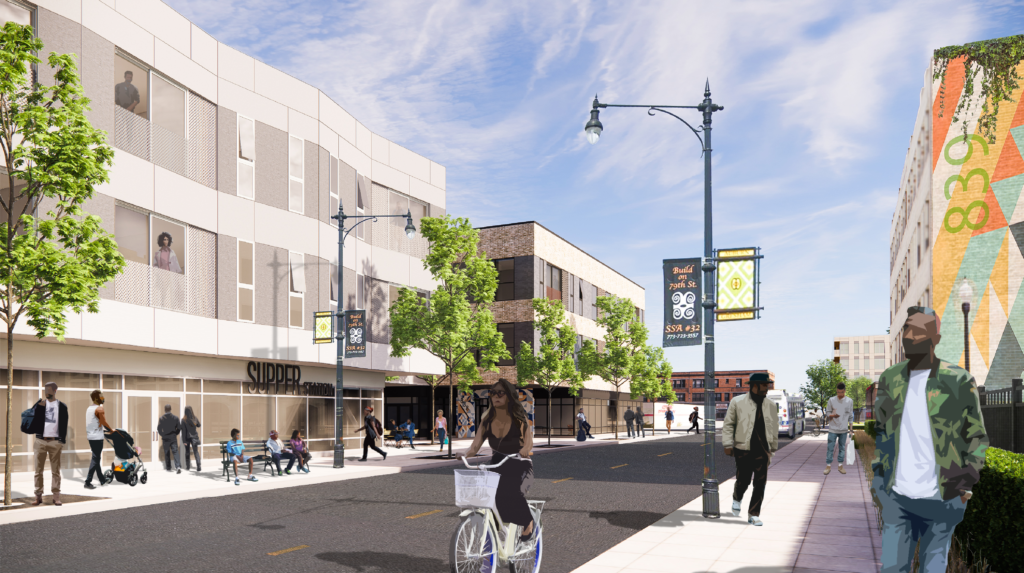 Between the two buildings, the development will deliver 58 affordable units with monthly rental rates varying from $925 to $1,250 per month. The three-story building at 838 W 79th Street will hold 28 apartments made up of one-, two-, and three-bedroom layouts in the two-massing design. Clad in brick and metal panels, the ground floor will contain 28 vehicle parking spaces along with a 5,200-square-foot commercial space that will be occupied by AYO Foods, a West African grocery store. 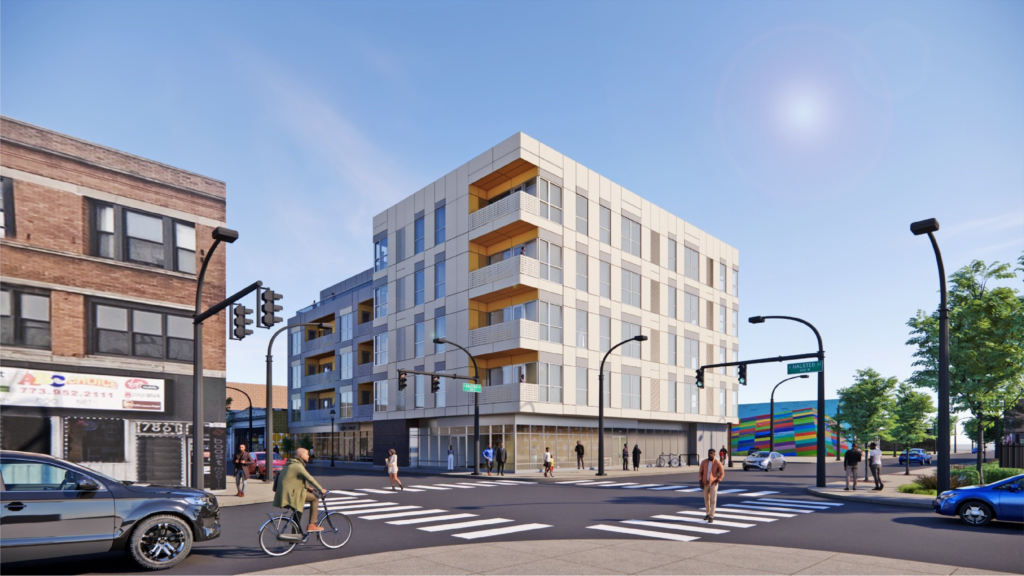 The larger building at 757 W 79th Street will rise five stories and hold 30 apartments also made up of one-, two-, and three-bedroom options. Clad in metal panels with yellow accents around the balconies, the ground floor will contain a 3,300-square-foot commercial space occupied by KLEO Community Center and The Park Supper Club according to the city. Because the project is considered a Transit Oriented Development (TOD), there will only be 14 vehicle parking spaces at this location. 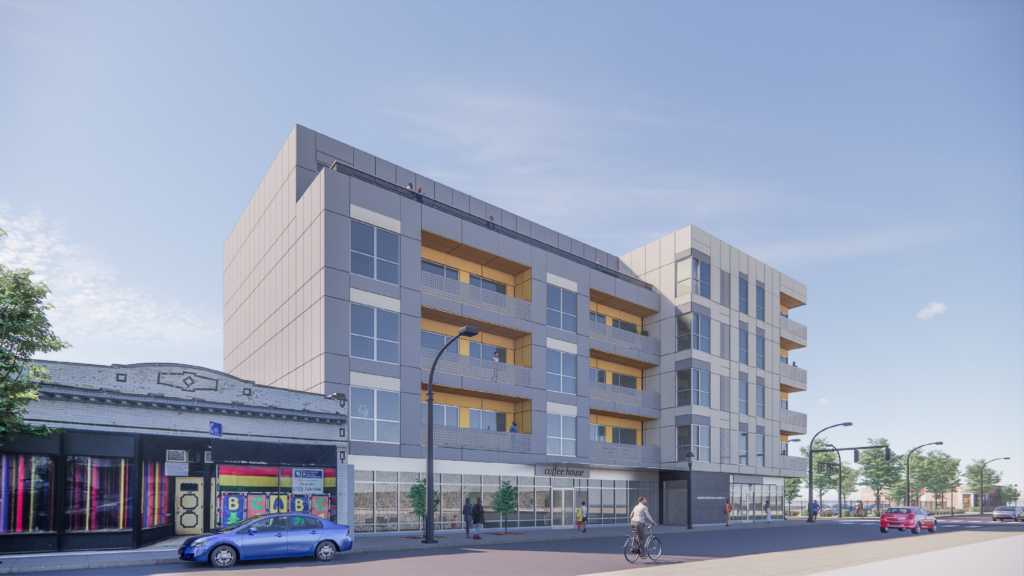 The two buildings join an array of other developments in the area including $11 million in streetscape improvements, a new $35 million Metra station, and other efforts to re-open grocery stores and provide better access to healthy foods. Invest South/West is investing over $1.4 billion into affordable housing which will have a massive positive effect on the city, and although a completion date wasn’t given, four additional projects in Englewood, Austin, Humboldt Park, and North Lawndale are expected to break ground this year as well.