Updated plans have been revealed for an upcoming sporting facility for the Chicago Fire Football Club near 1459 W Roosevelt Road in the Near West Side. Replacing most of what is now Addams/Medill Park, the new project is being led in collaboration with the Chicago Housing Authority (CHA) who is in charge of the Roosevelt Square masterplan the proposal would be a part of. Most of the new construction will be focused on the north-end of the park and help fund renovation for surrounding housing structures, as a way to help revitalize the area just south of the Illinois Medical District, our coverage on the initial announcement can be found here. 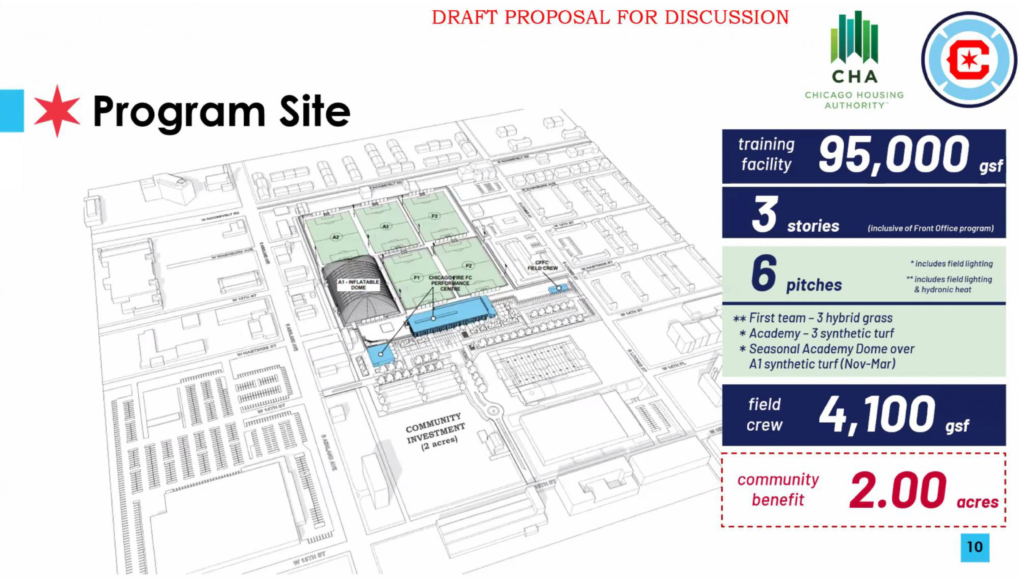 At the heart of the 25.2-acre project will be the new three-story, 95,000-square-foot Chicago Fire Performance Center. Within would be new administrative spaces as it becomes the new team headquarters, locker rooms, a new home for the Chicago Fire Academy, as well as other community and fitness rooms for the team to train and interact with locals. A small 4,100-square-foot field crew building will also be built just east of the main facility. Although the architect is currently unknown, the predominantly glass structure will be accented with black metal trims and concrete walls for a modern look with plenty of transparency.

North of the structures will be six fields/pitches, three will be covered in hybrid grass with hydronic heat and field lighting, and three synthetic un-heated fields with lighting, one of which will be seasonally covered by an inflated dome for the winter months. South of there will be a new 200-vehicle parking lot and a greenway that connects pedestrians through the site following the path of W 14th Street, along with a multi-use field space, and a two-acre community investment area most likely to become a public park. As the project is with CHA, their residents will be given priority for jobs at the facility according to Urbanize. 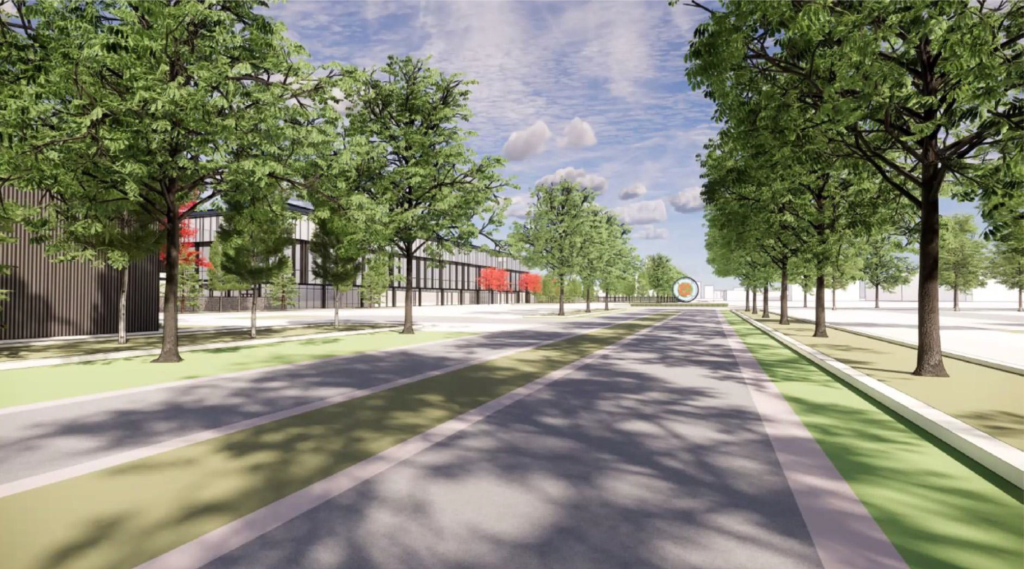 The Chicago Fire will not own the land for the new center but instead enter a long term lease with CHA, the money from said lease will help support the renovations and upkeep of CHA properties across the city including those adjacent to the site. It was previously reported that the new grounds and building will cost north of $90 million, with City Council approving roughly $28 million in funds earlier this year for a sporting facility within the park. If all goes according to plan, the team aims to break ground late this fall.