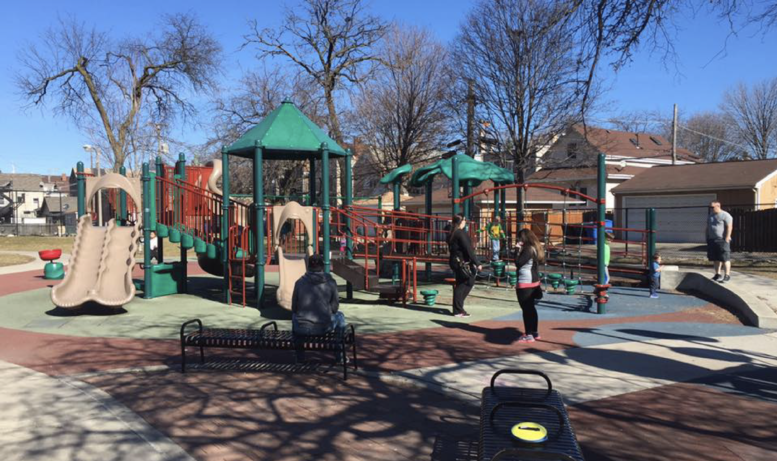 The Chicago City Council has approved the financing for multiple small-improvement projects of various Chicago Park District properties across the city. A majority of the funds will come from various Tax Increment Financing districts, which are often supported by fees from developers. Many city parks are dealing with aging facilities while handling the demand for open space over the last two years. The investments will affect eight city parks, with six of the smaller projects being as follows:

Located at 1461 W Ohio Street in West Town, the block-long park will receive $135,000 from the Kinzie Industrial TIF pool. The funds will be split into $80,000 for a new water service to maintain garden beds and $55,000 for new site fencing, lighting, signage, and benches.

Located at 4134 S State Street in Bronzeville, the small park next to an industrial lot will receive $350,000 from the 47th/Halsted TIF pool. The funds will be split with $300,000 going towards the renovation of the comfort station and $50,000 to site work including tennis courts and site access.

Located at 9400 S Greenwood Avenue in Chatham, the large park will receive $800,000 from the Stony Island/Burnside TIF pool. Those will be split into $600,000 towards a new comfort station, $100,000 for the renovation of the spray feature, and $100,000 towards the improvement of pathways, and the restoration of the existing ballfield and basketball court.

Located at 10436 S Wallace Street in Roseland, the community park will get $650,000 from the 105th/Vincennes TIF pool. Approximately $550,000 of the funds will go towards masonry, roof, and gutter system upgrades on the existing field house, as well as $100,000 on the replacement of the boiler and improvements of the mechanical system.

Located at 4630 N Milwaukee Avenue in Portage Park, the small park will receive $500,000 from the Jefferson Park TIF pool. The funds will be split evenly towards athletic field improvements including field drainage, infield rehab, and volleyball court rehab, as well as towards lighting, playground, and pathway improvements.

Located at 4822 N Long Avenue near Wilson Park, the park will receive $500,000 from the same Jefferson Park TIF pool. The funds will also be split evenly into Athletic field improvements and the same site improvements.

There are no formal architectural drawings currently submitted for the six parks, however the approvals will allow for further planning to proceed with work expected to begin on many of the renovations later this year.