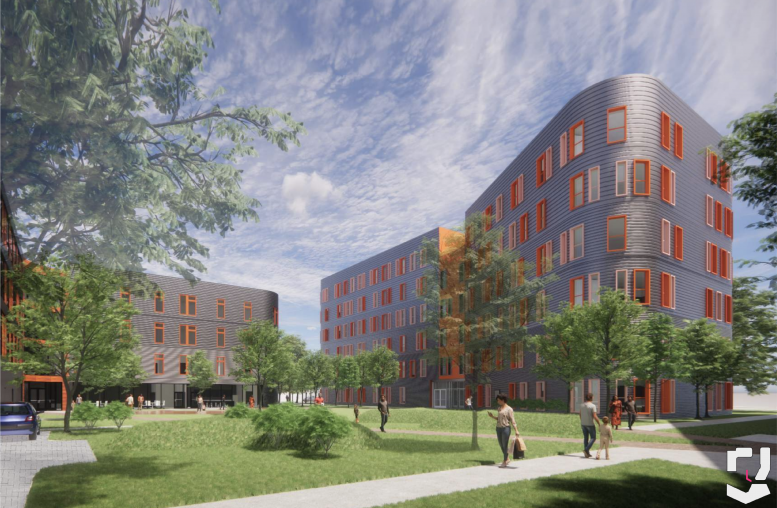 The Community Development Commission has approved Tax Increment Financing (TIF) funds for a new residential development at 1805 N Hamlin Avenue in Logan Square. Dubbed ‘Encuentro Square’ or meet-up square, is being developed by the Latin United Community Housing Association (LUCHA) with Canopy Architecture and Site Design Group serving as the designers for the multi-building project that was announced last year. 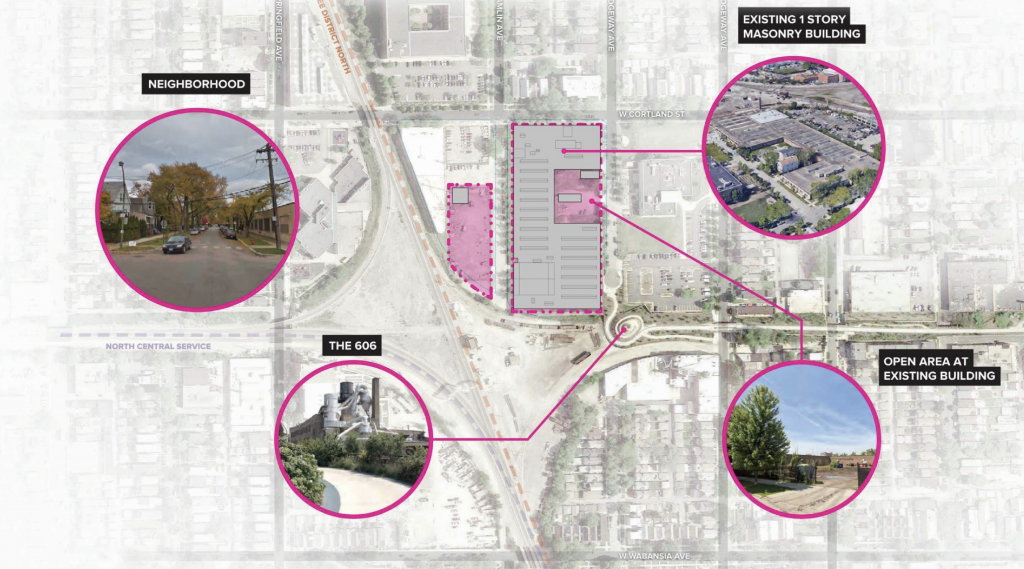 The new development will be located adjacent to the western trailhead of the 606 and replaces the one-story brick-clad once Magid Glove factory which moved to Romeoville in 2014. Split into two phases, upon completion the small three-building complex will deliver 196 affordable residential units, 144 vehicle parking spaces, private resident green space, and a 81,130-square-foot public park on the southern side of the site connecting to the 606 trailhead. The first phase of the project includes the first two residential buildings. 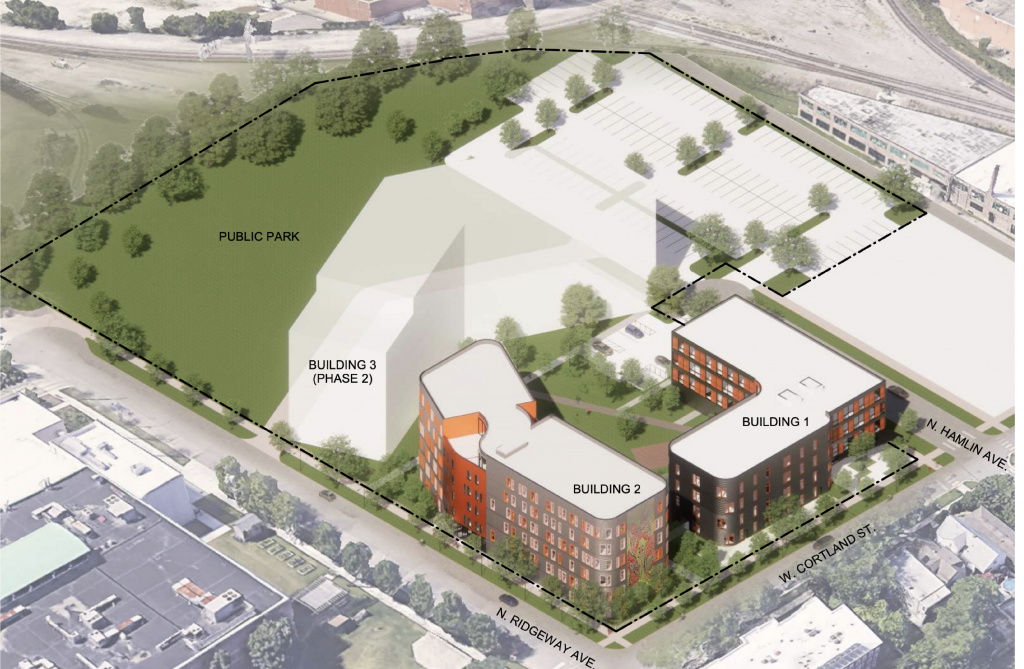 The L-shaped western building, or building 1, will rise four stories or 53 feet tall containing 32 apartments split into one-, two-, and three-bedroom units. Future residents will have access to residential lounges, community rooms, children’s room, and a computer room among others. Similar amenities will be available to those in the eastern building, or building 2, which will rise six stories or 77 feet tall with 66 units split between one- and two-bedroom layouts.

Typical floor plans of building one by Canopy Architecture

Overall the first phase will contain 89 of the 196 units with 19 one-bedrooms, 47 two-bedrooms, and 23 three-bedrooms, with all but four being affordable for those making 60 percent of the Area Median Income (AMI). The second phase will construct a third 98-unit building designed by JGMA and the aforementioned park whose design efforts will be led by the Chicago Parks District with community outreach meetings. 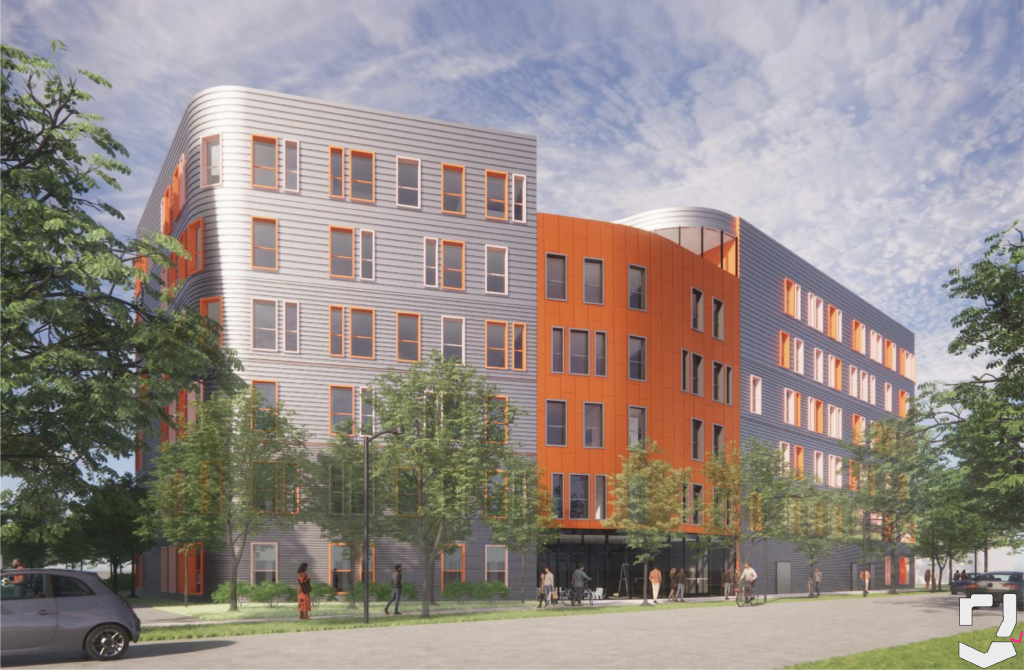 With a price tag of $49.3 million, phase one will receive four- and nine-percent Low Income Housing Tax Credits along with the approved $9 million in TIF funds to help proceed with the project as the land is currently being remediated. At the moment no construction timeline has been announced, but the proposal will need to go through city approval before groundbreaking can occur.