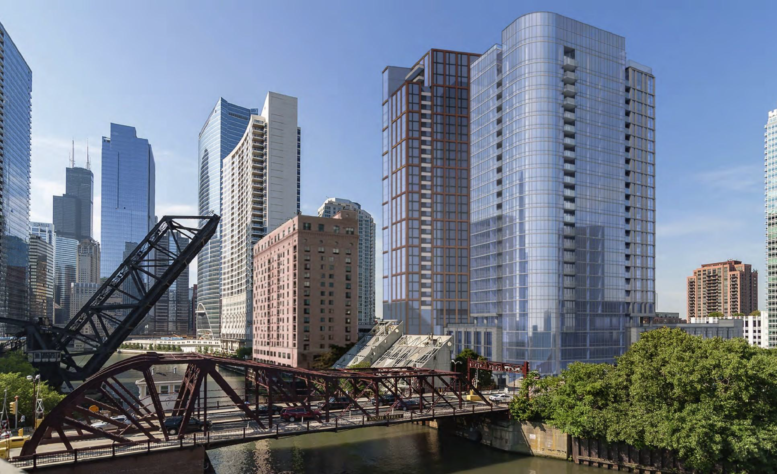 Initial plans have been revealed for a new residential development located at 527 W Kinzie Street in the Fulton River District. Announced in a recent newsletter by 42nd Ward alderman Brendan Reilly, the new structure will replace a vacant parking lot nearly adjacent to the Chicago River across from the quickly climbing Salesforce Tower. New York-based developer Vornado Realty Trust has tapped local architecture firm Pappageorge Haymes Partners for the design of the new tower. 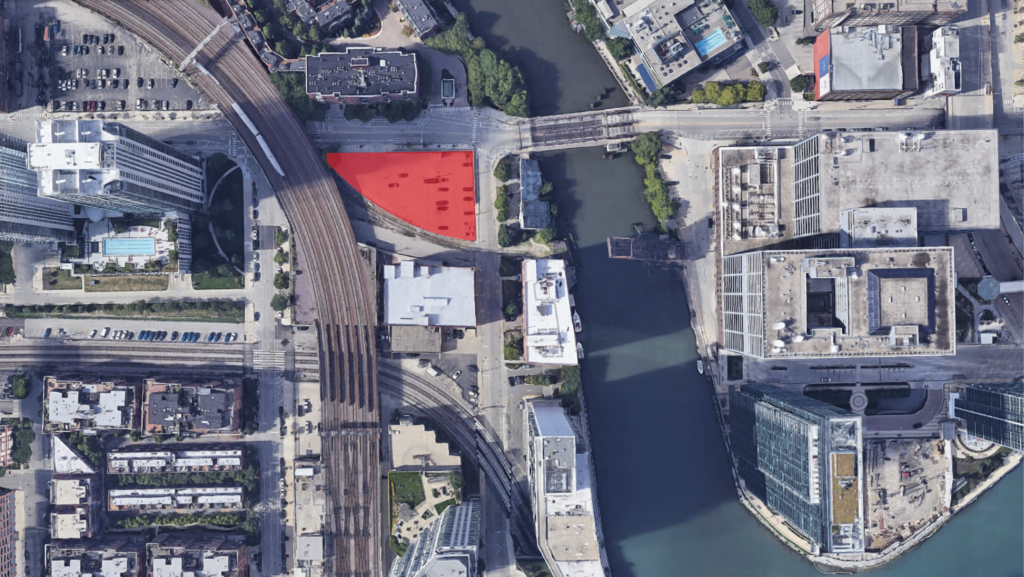 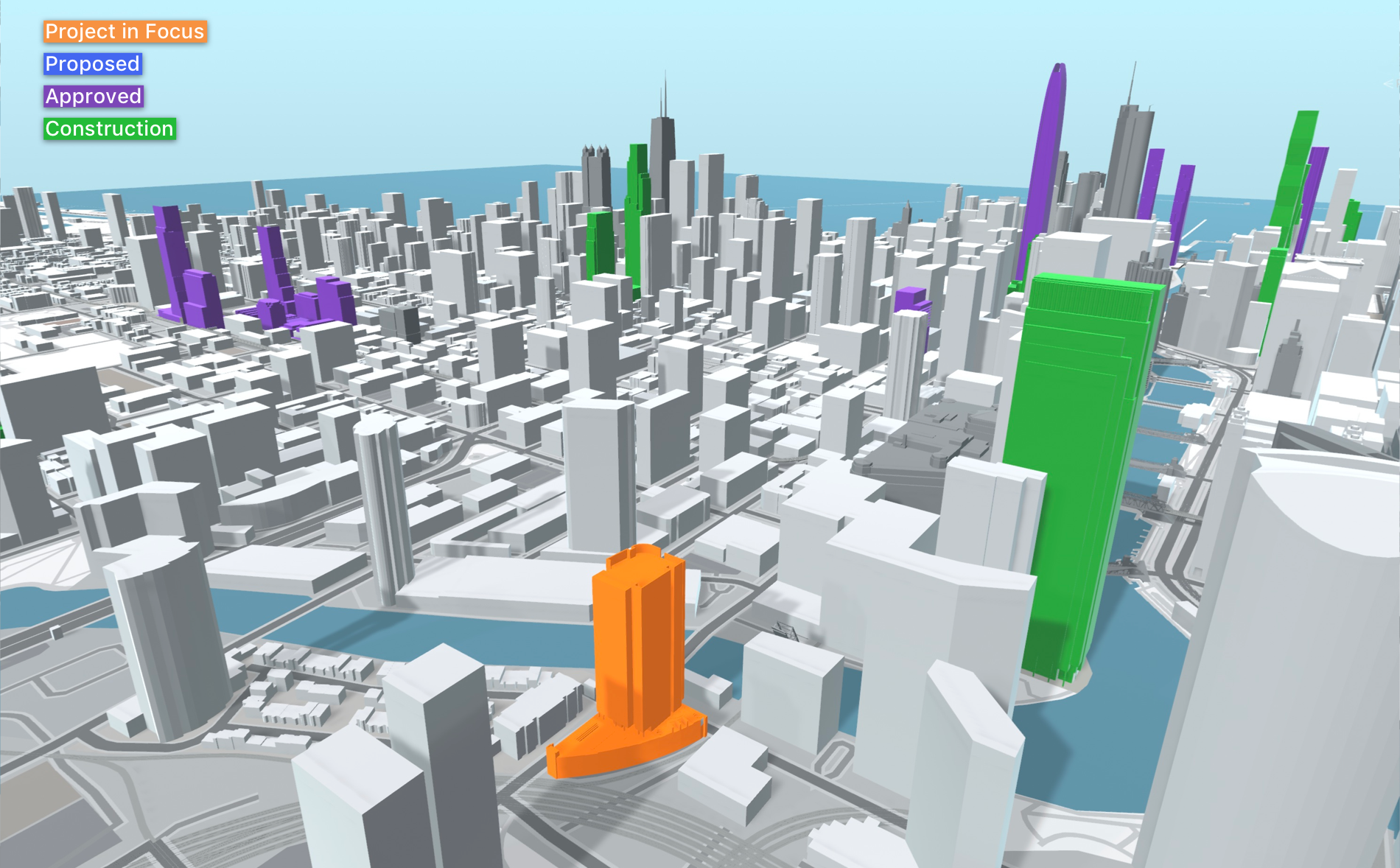 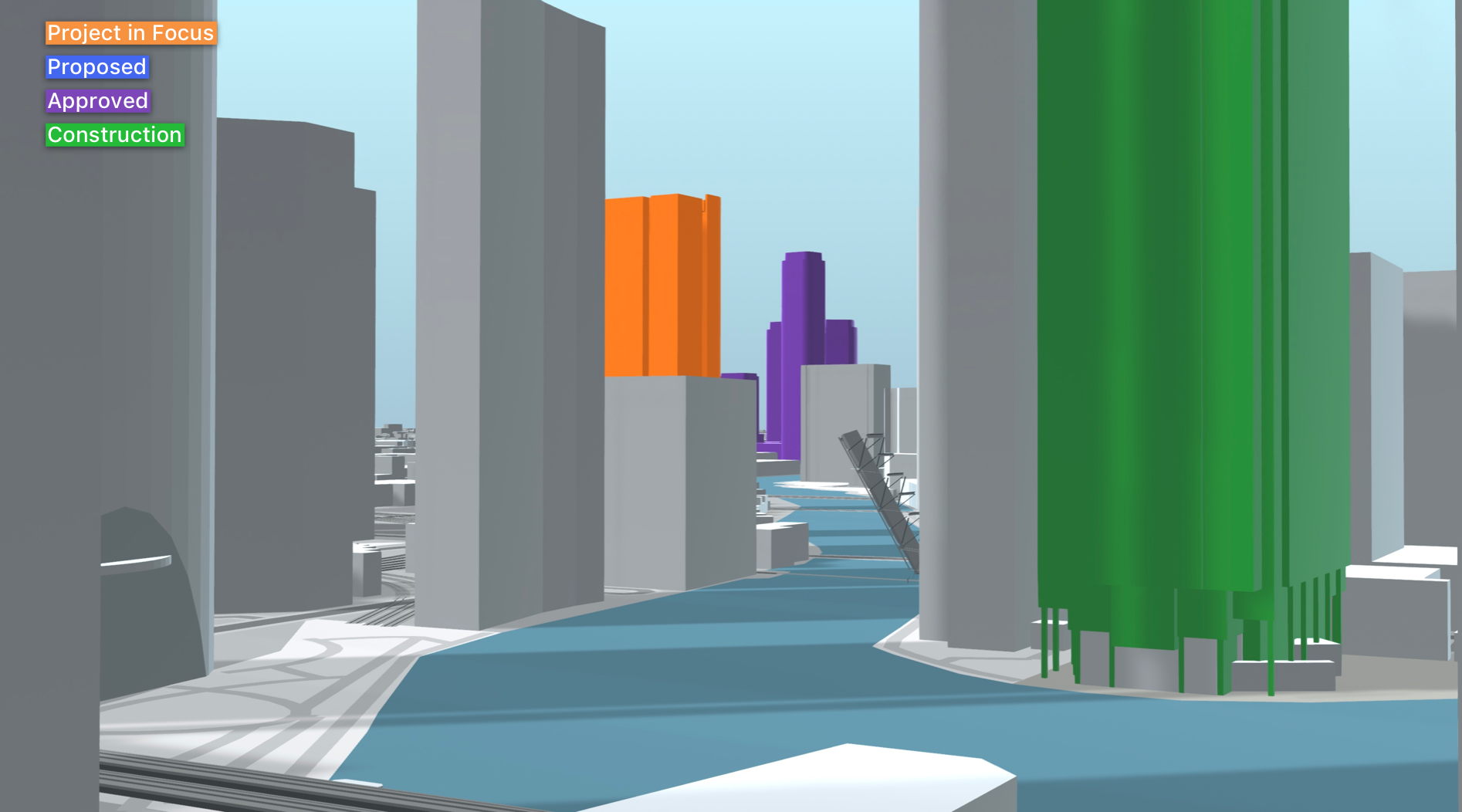 Vornado, who recently announced plans for a $60 million renovation to its flagship property the Merchandise Mart, originally purchased the 26,189-square-foot property in 1998 and started showing interest in developing a high-rise on it in 2015. Since then, plans have been drawn up for the project which fall within the site’s 2001 zoning change that allow for a tower as high as 340 feet and with as many as 288 residential units without requiring city council approval. 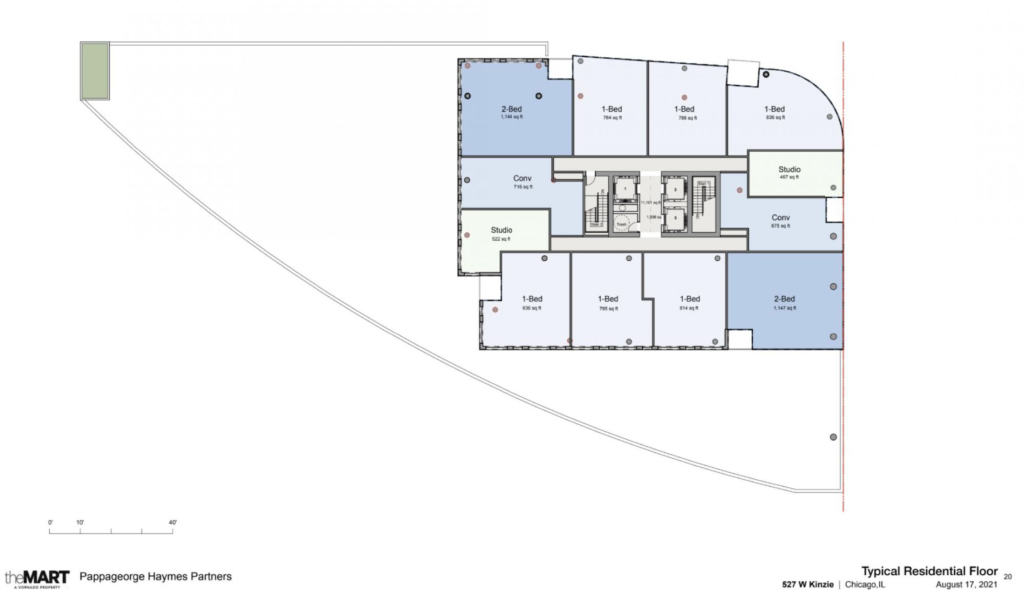 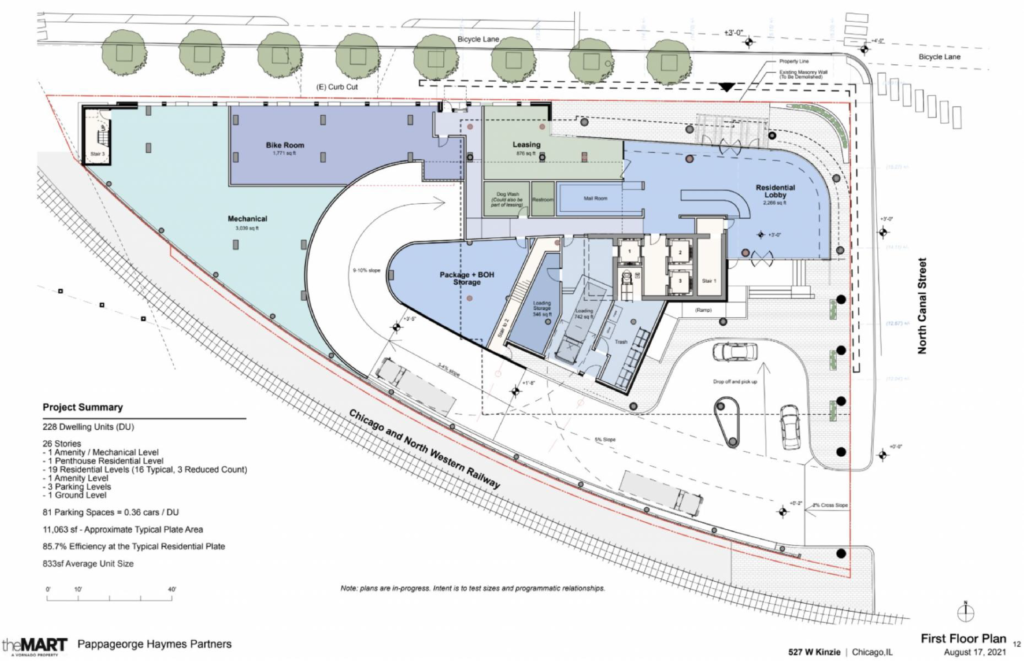 After multiple meetings with the developer, Alderman Reilly successfully pushed for limiting curb cuts around the tower to just one on N Canal Street which will allow for pick-ups, drop-offs, and deliveries to occur within the podium of the project itself. The same podium which curves with the rail tracks that hug the southern portion of the site will hold 81 vehicle parking spaces, along with a large bike storage room and a set-back residential lobby entrance off of the northeastern corner. 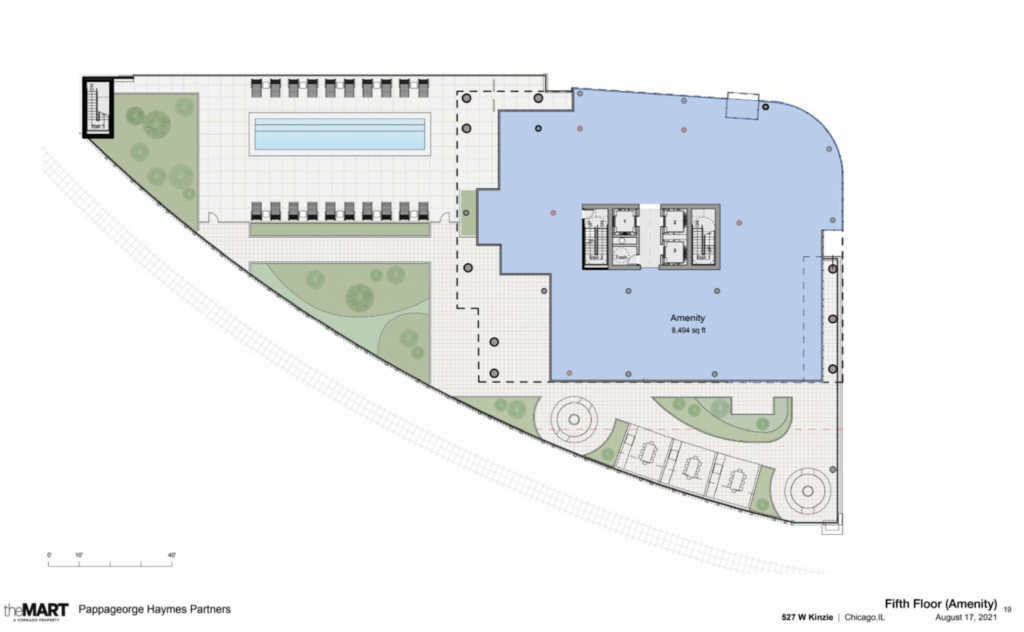 Residents will have access to over 8,400 square feet of amenity space on the fifth floor, with an outdoor rooftop pool deck with fire pits and grilling stations on top of the masonry-clad podium. The main glassy tower is directly behind the Harry Weese River Cottages, giving residents secured views east towards the city. 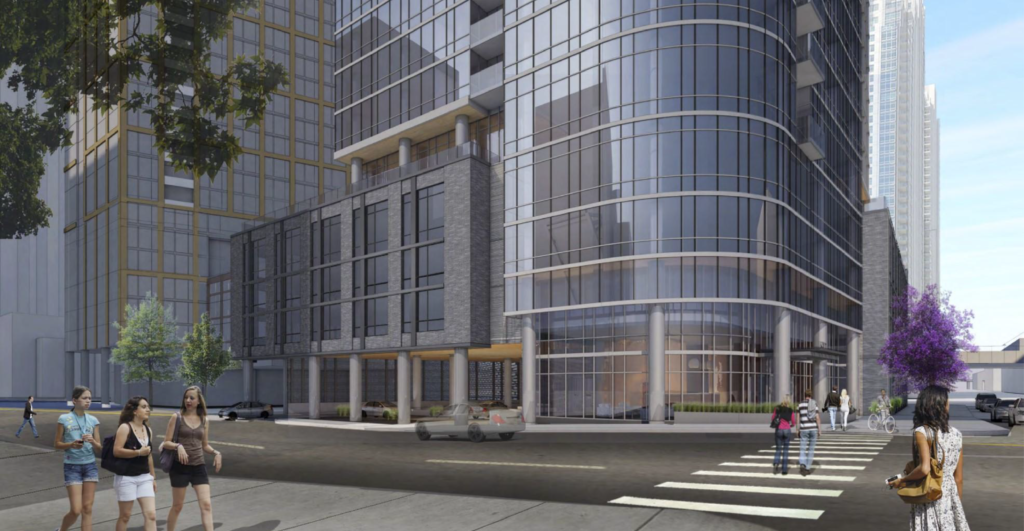 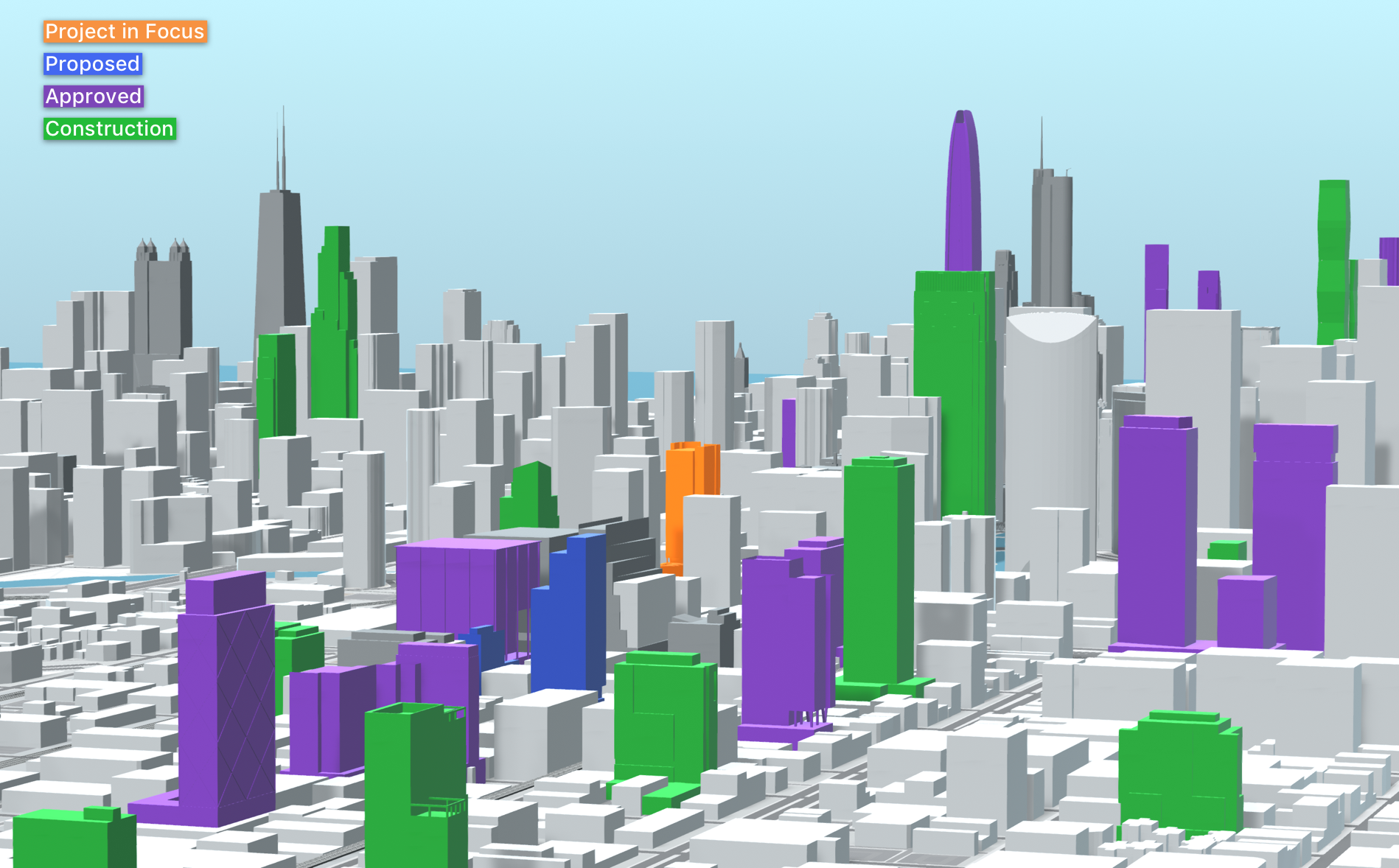 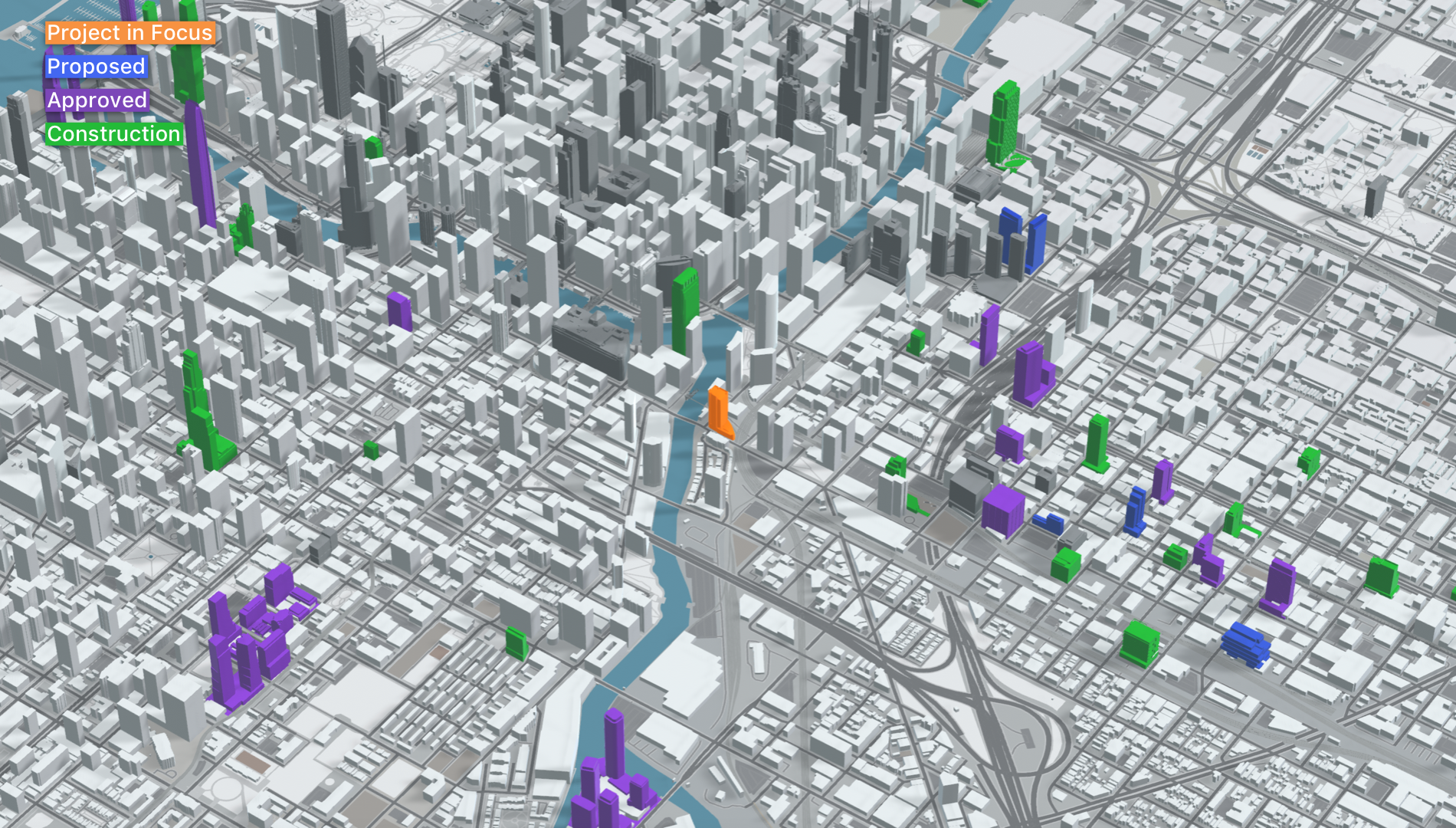 With a close proximity to four major office skyscrapers nearby and the West Loop a short walk away, Vornado hopes to capitalize on the area’s strong demand and inventory of high-income workers. As will the approved 33-story tower next door set to replace the Cassidy Tire building at 344 N Canal Street. At the moment neither building has applied for construction permits nor had a timeline for completion announced. Further images can be found on Urbanize.