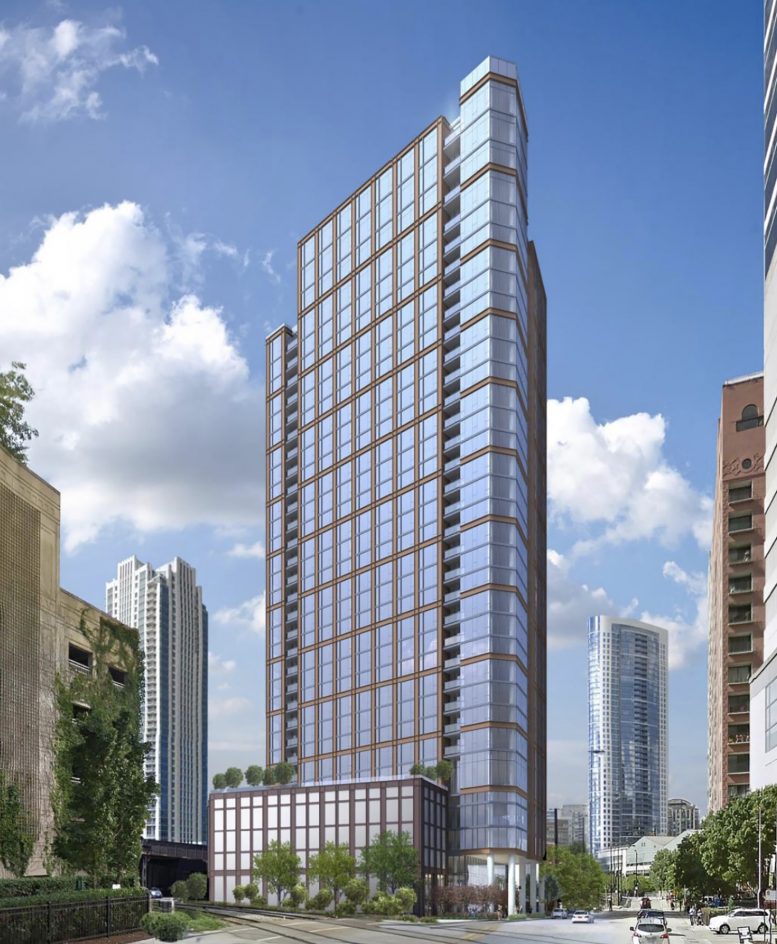 Taking the 24th spot in YIMBY’s countdown of Chicago’s tallest developments, the approved tower at 344 N Canal Street will rise 375 feet above its site in the Fulton River District. The project is located on the west side of N Canal Street between W Kinzie Street and W Fulton Street. The lot is an irregular shape with spurs that extend to N Clinton Street, around a railroad abutment. The new development will replace the existing Cassidy Tire building. 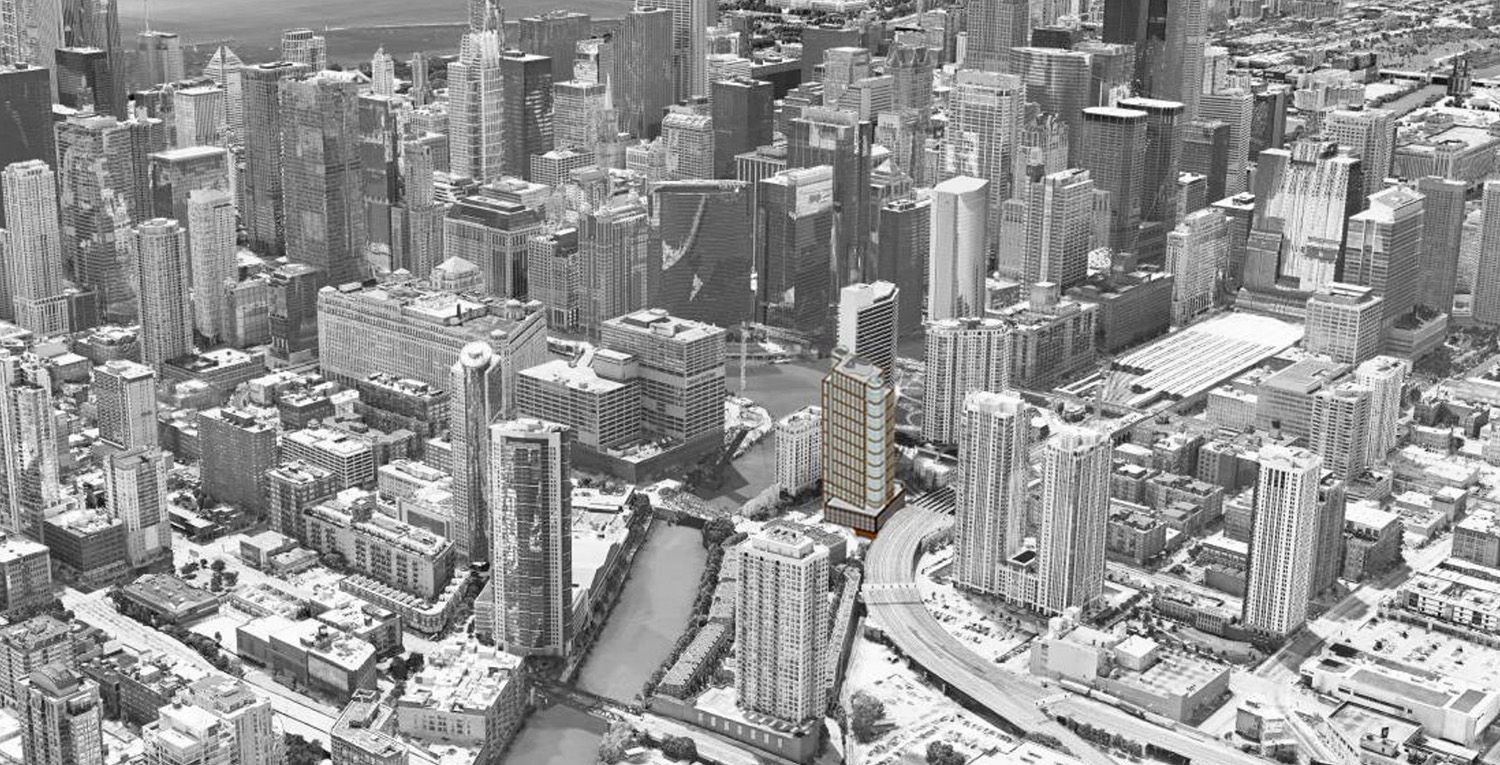 Designed by Solomon Cordwell Buenz, the 375-foot-tall mixed-use building will hold 343 residential units, ground-floor retail, and 123 parking spaces. The main portion of the site is along N Canal Street where the building will rise east of the railroad tracks, with the legs that extend to N Clinton Street which will act as the main vehicle circulation for the site, paired with a single curb cut on N Canal Street. The curb cut encourages the use of the N Clinton Street access, with loading access restricted to N Clinton Street. The main pedestrian entry is along the N Canal Street frontage with a public plaza that is backed by the ground-floor commercial space. 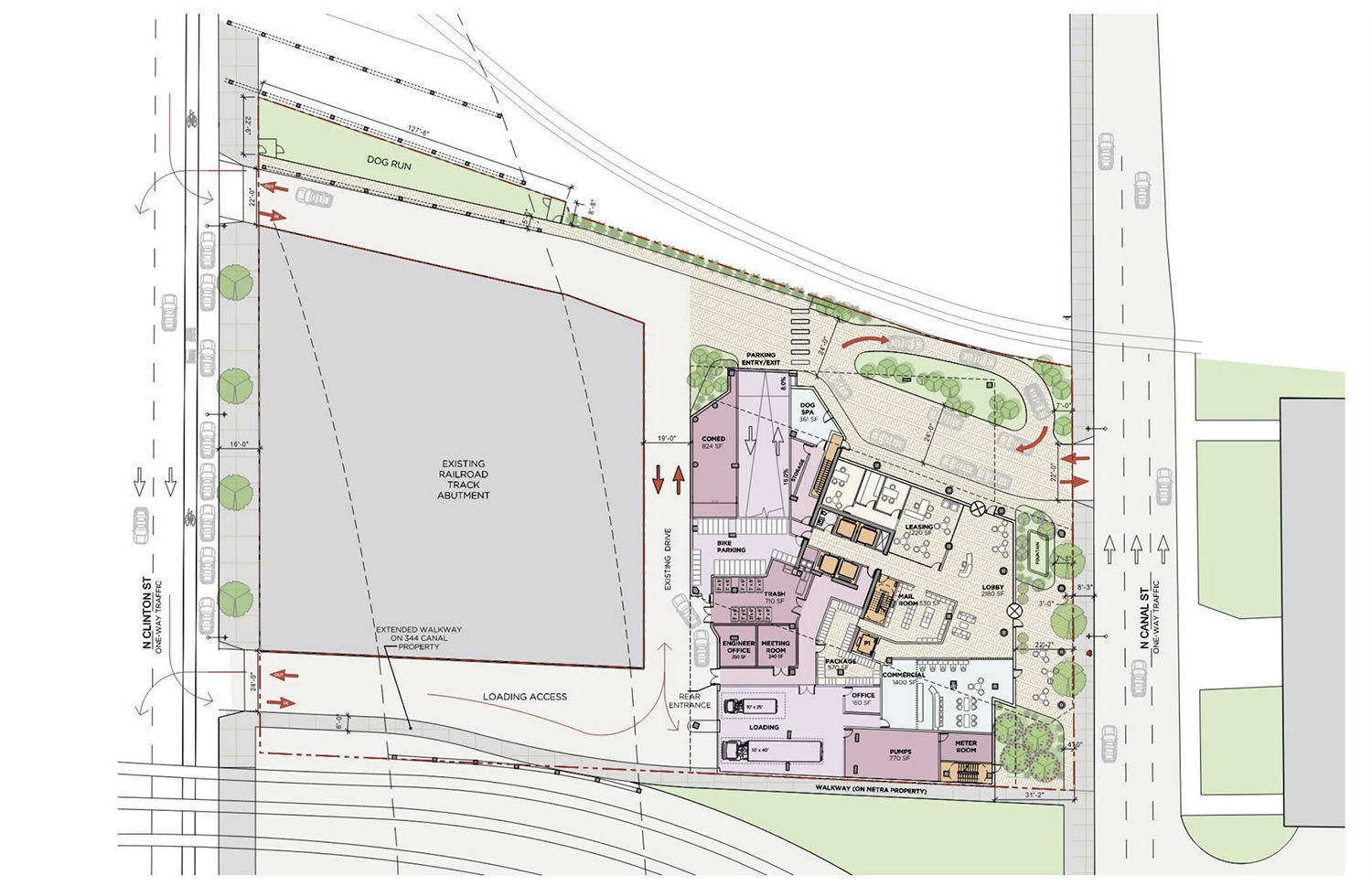 Along with the ground-floor commercial space is interior bike parking accessed from the service drive behind the building. The parking levels have spaces for 123 vehicles. The fifth floor is the amenity level for residents, with a mix of indoor and outdoor amenities. Residences are a mix of efficiency, one-, and two-bedroom units. Setbacks above the 31st floor make spaces for private terraces for the upper units, with green roofs added to the building as well. 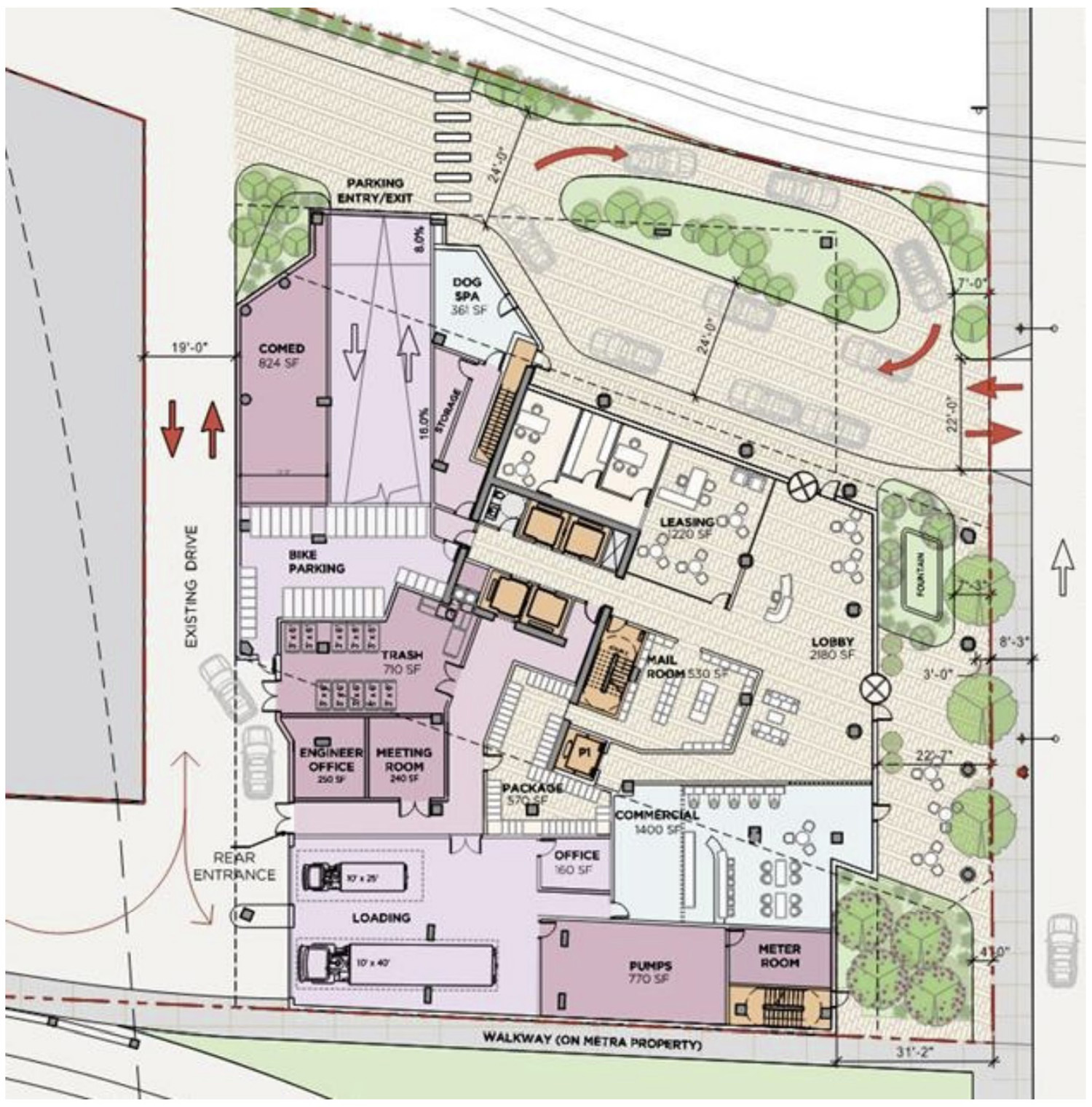 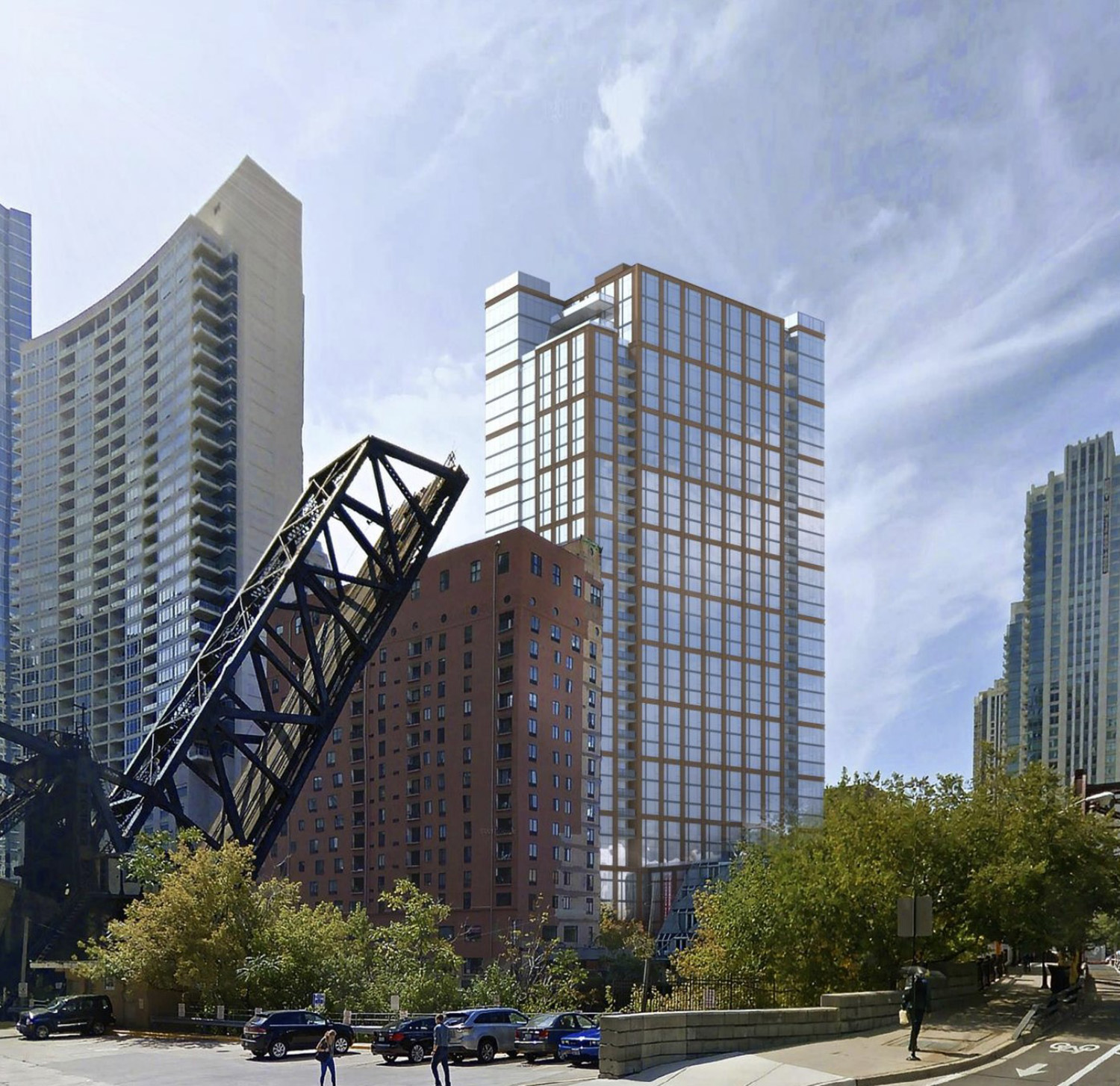 Thru-bock pedestrian walks are provided on both the north and south sides of the site to connect N Clinton Street and N Canal Street. Both streets will be converted into one-way traffic flow as part of a pilot program. 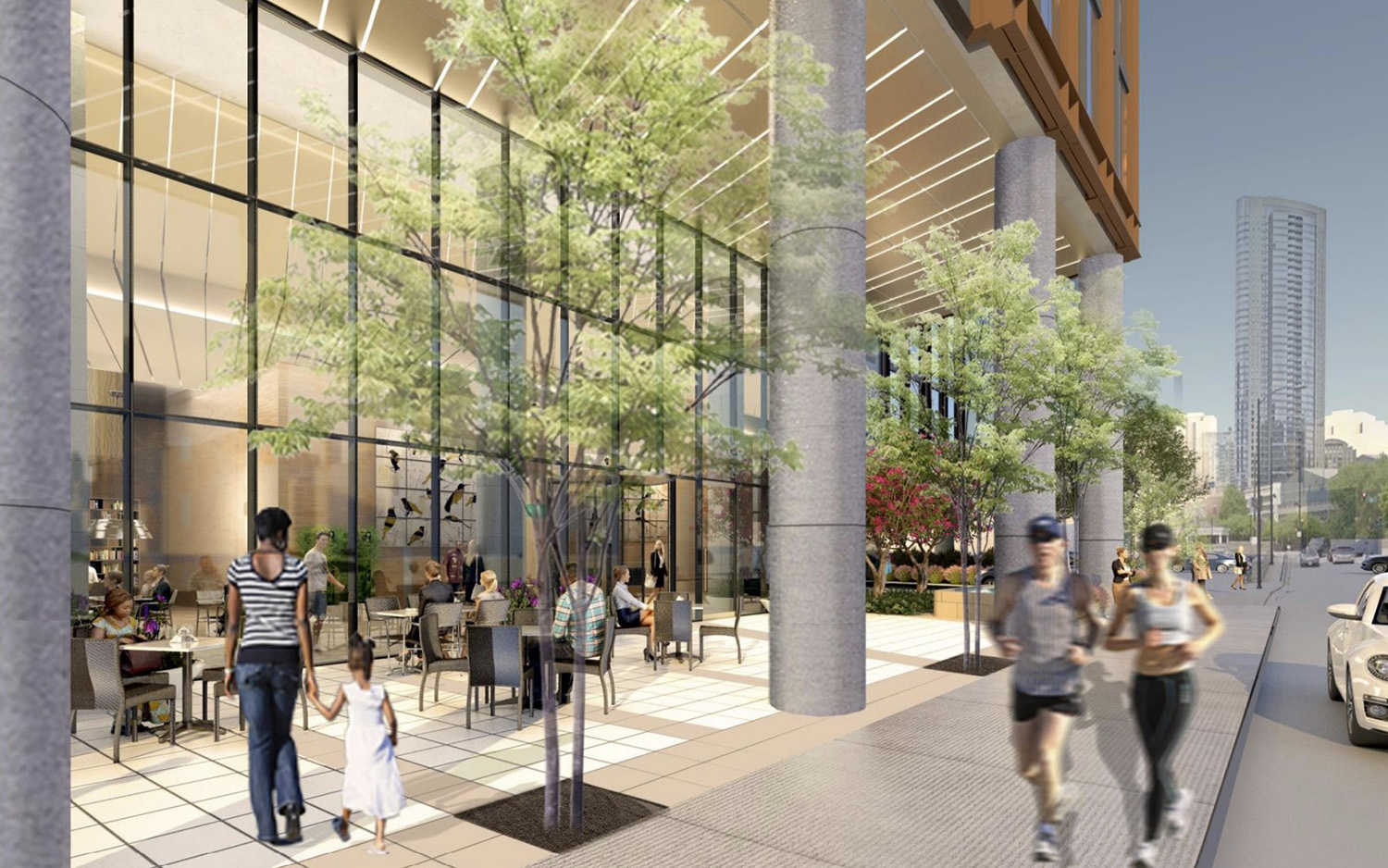 The project enhances the urban experience with lively active uses in the plaza along N Canal Street and will create public art on the railroad abutments along the pedestrian walks. An expanded and covered dog walk was added to the northwest corner of the site. 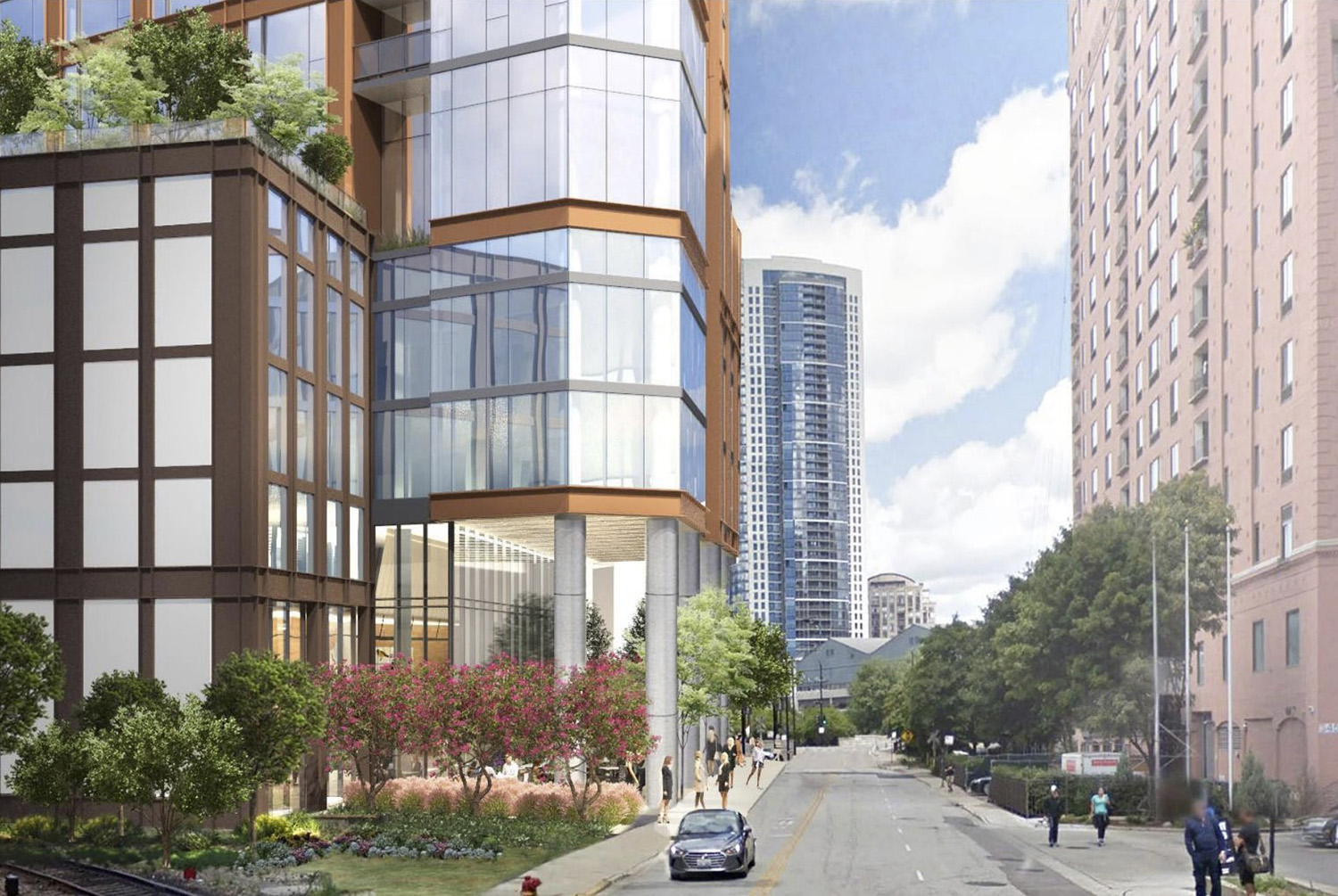 Developed by The Habitat Company, the lot will be rezoned from DS-5 to DX-5, prior to becoming a planned development. The developers will be paying $2.5 million into the Neighborhood Opportunity Fund to increase the FAR from 5.0 to 8.1, with the total development cost projected to be $139 million. 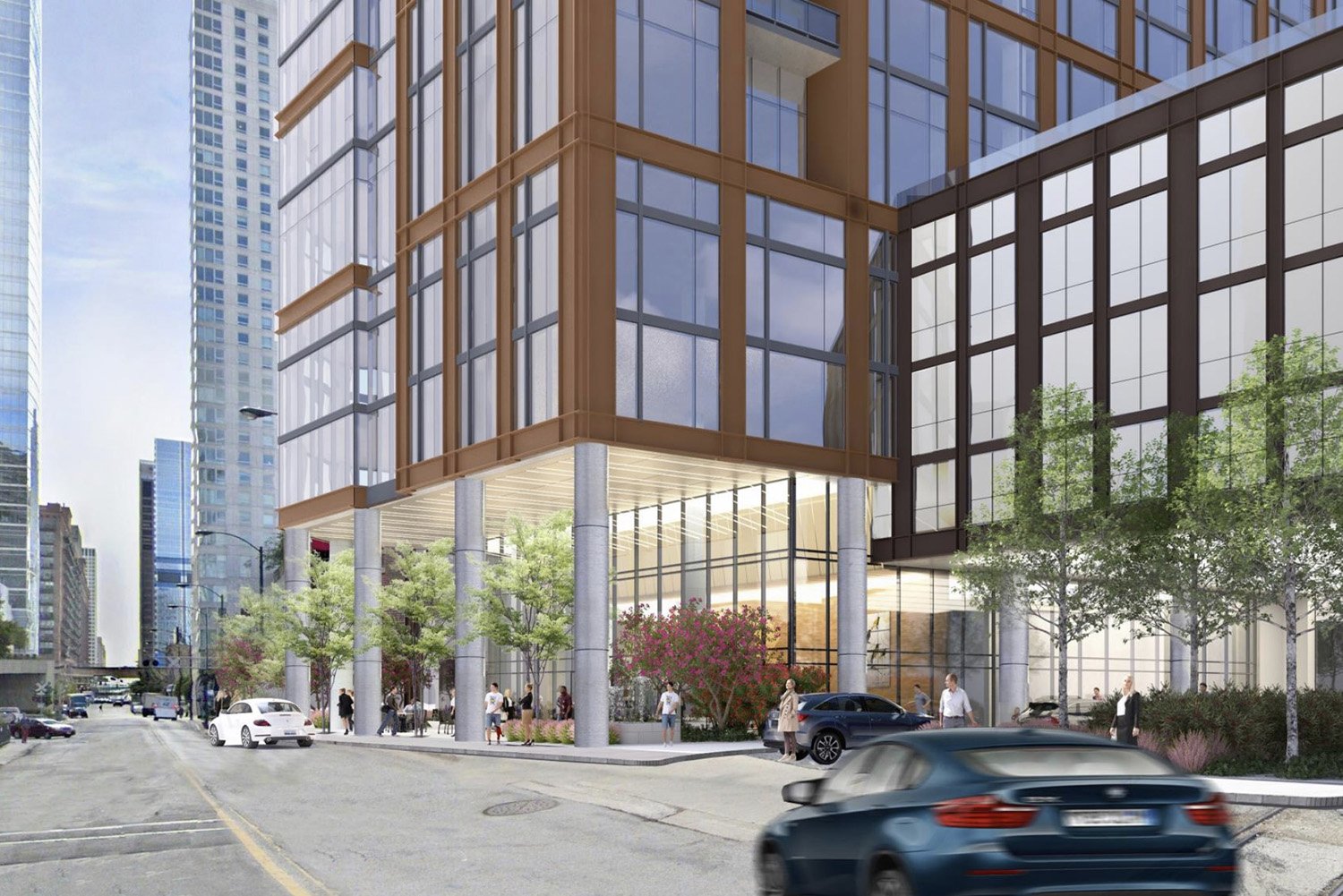 View of Streetscape at 344 N Canal Street. Rendering by SCB

The Clinton CTA L station, serviced by the Green and Pink Lines, is within a five-minute walk from the site. The 56 CTA bus route, accessed at the Fulton and Desplaines stop, can be reached within a seven-minute walk. 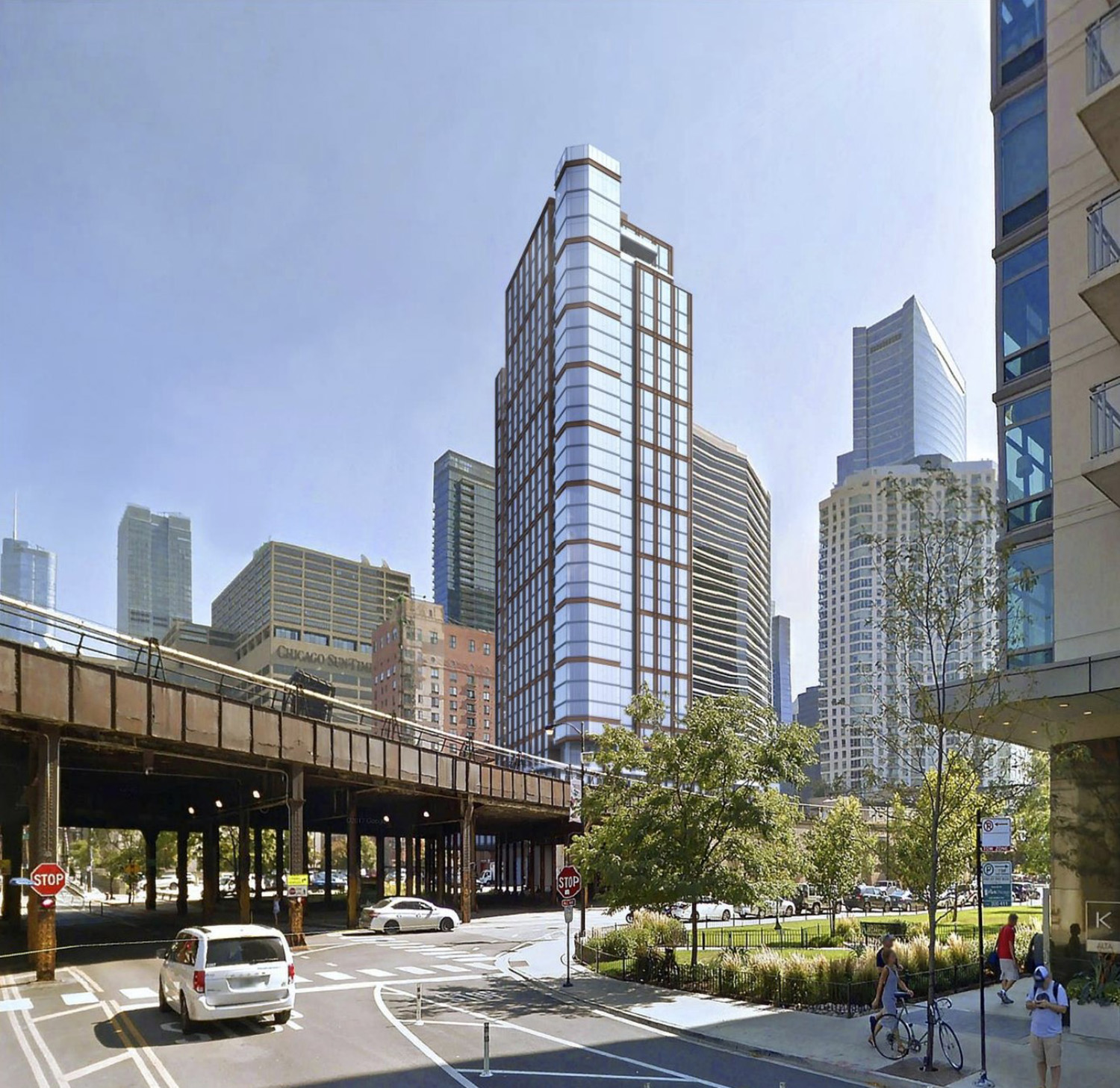 The project has received approvals from both the Plan Commission and the Zoning Board. The development will require the demolition of the Cassidy Tire building before new construction begins. No permits for the tower or demolition have been filed or approved. An official timeline for the construction has not been announced.