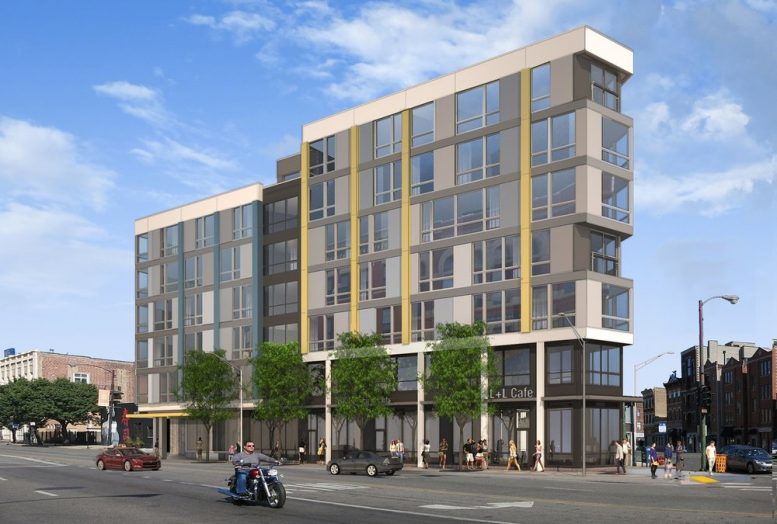 Structural work has climbed to the fifth floor of the seven-story mixed-use development at 1122 W Chicago Avenue in West Town, just north of the River West district. 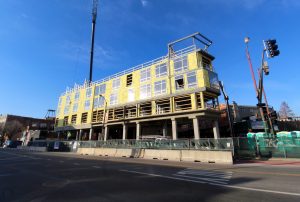 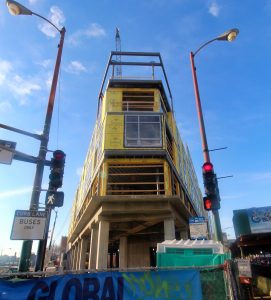 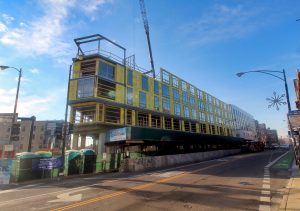 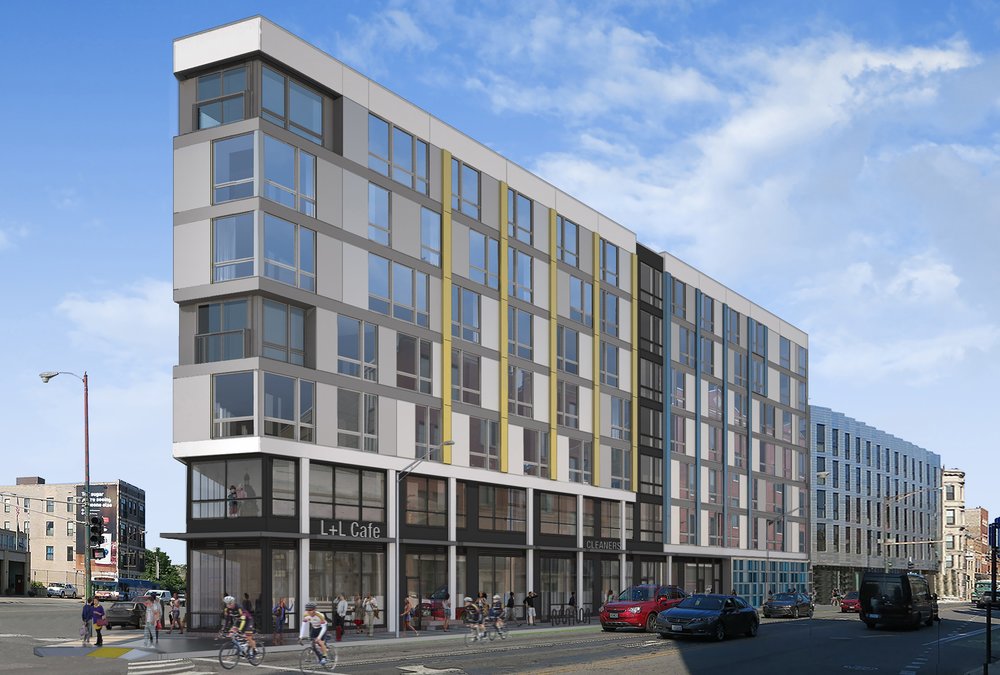 Pappageorge Haymes is the project architect, whose triangular massing is wrapped in various shades of gray-scale paneling. Between these panels and the windows are a series of blue and yellow columns that complement the neutral tones of the exterior.

Tenants and visitors will be able to access a series of nearby CTA buses. The adjacent Chicago & Milwaukee intersection contains stops for both the east and westbound Route 66, as well as the northwest and southeast-bound Route 56. Other bus lines within a roughly 10-minute walking radius include Route 8 to the east, Route 65 to the south, and Routes 9 and X9 to the west.

For the CTA L, the Blue Line can be boarded via Chicago station, located several yards east.

For outdoor space, residents and other occupants will also have access to the 8.9-acre Eckhart Park, less than a five-minute walk west. 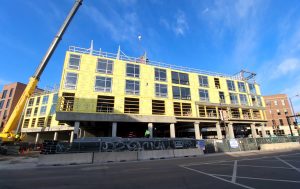 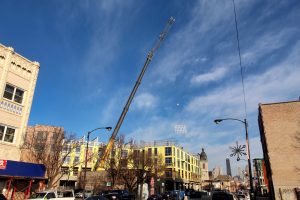 Global Builders Inc. is the general contractor for the nearly $20 million project. Information regarding an official opening date could not be found.