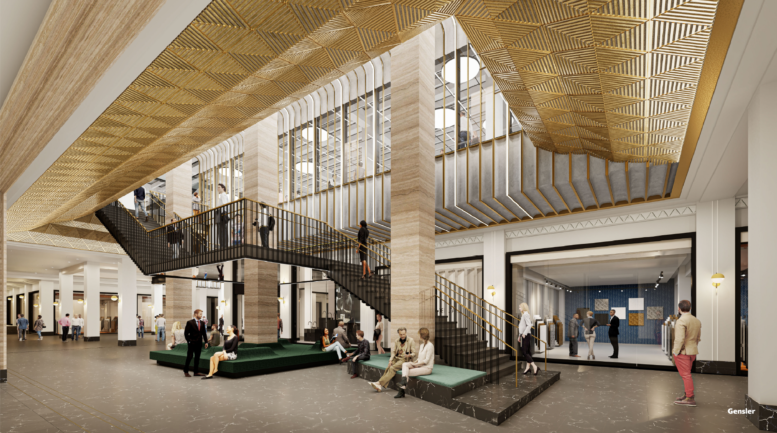 Initial renderings have been revealed for a new expansive renovation of the Merchandise Mart at 222 W Merchandise Mart Plaza in River North. The renovation comes just a few years after it received major updates including new elevators, monumental stairs, and upgrades to other amenity areas. The new work will be led by New York-based developer Vornado Realty Trust who is also planning some residential towers nearby, while the design is led by the local office of Gensler. 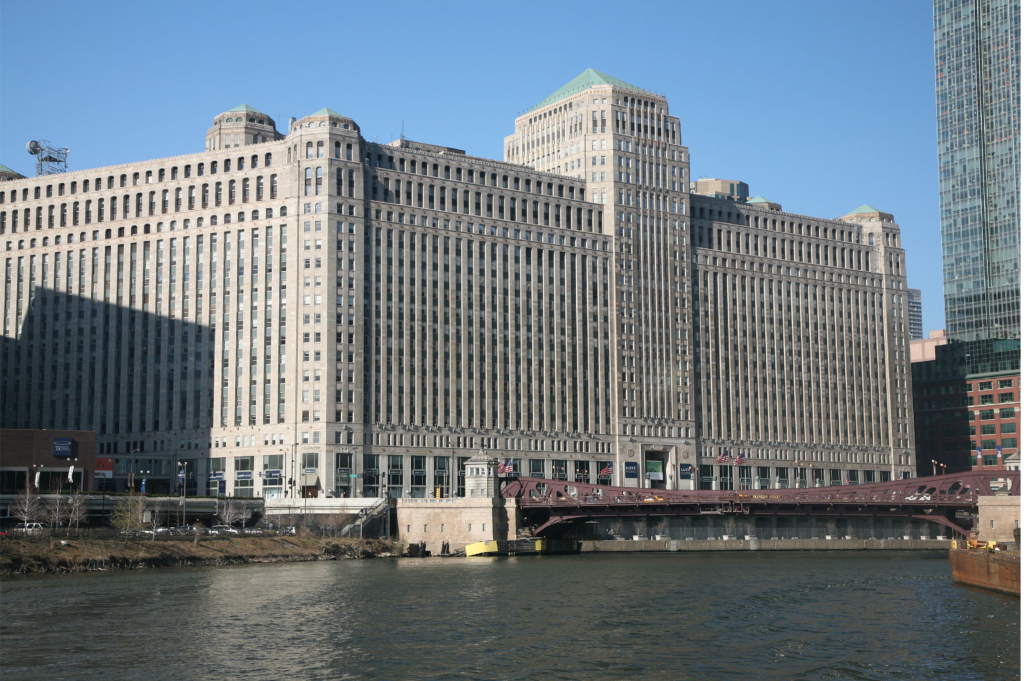 Exterior view of the Merchandise Mart via Wikipedia

Completed in 1930 by Marshall Fields, the 4 million-square-foot Art Deco structure was for many years the largest building in the world and for a while had its own zip code. Known for its vendor showrooms and hosting the world’s largest permanent projection show Art on theMART, the building has pivoted to a tech clientele in recent years with anchor tenants like creative hub 1871 and Motorola Mobility. However, changes in demand with the pandemic have led to an 89 percent occupancy rate, the lowest since 2007, triggering the upcoming renovation to capture new tenants.

The over $60 million in work will begin outside with a new front yard green space and landscaping along the Chicago River and continues with upgrades to the entrance on the corner of W Kinzie Street and S Wells Street. On the inside, the main south lobby will receive a transformation with new seating areas and more friendly navigation of the massive building, this will be joined by a new 27,000-square-foot amenity space and conference center, a second 23,500-square-foot gym, and a speakeasy lounge. 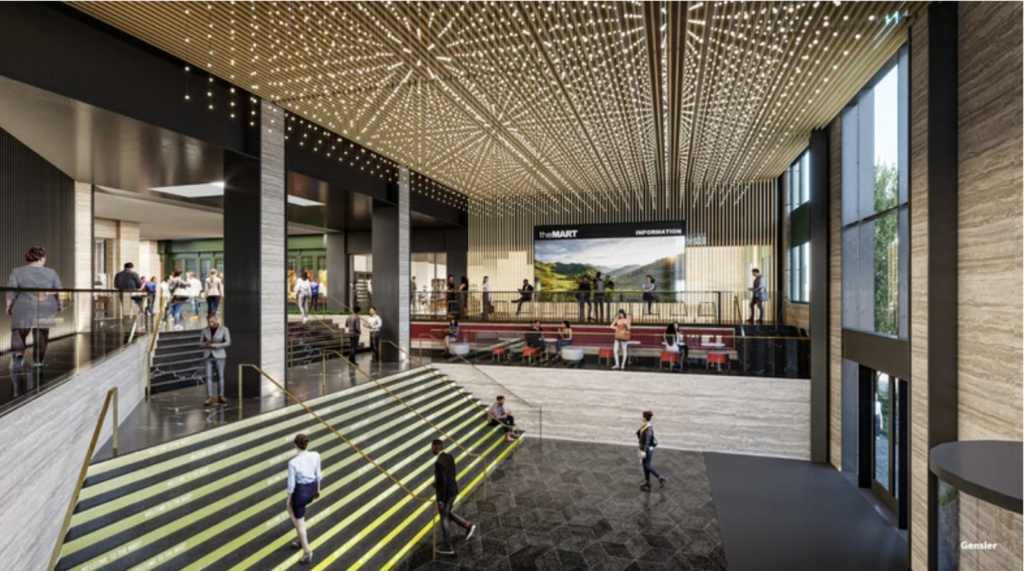 The work focuses on providing existing and potential new tenants the spaces workers want to come back to, giving theMart a competitive edge against newer buildings in the West Loop and the Old Post Office, along with its own namesake CTA Brown Line stop. Per an article in Crains, work is scheduled to begin later this year and is expected to take 12 to 18 months to complete as Vornado claims they are close to securing another major tenant for the iconic structure.