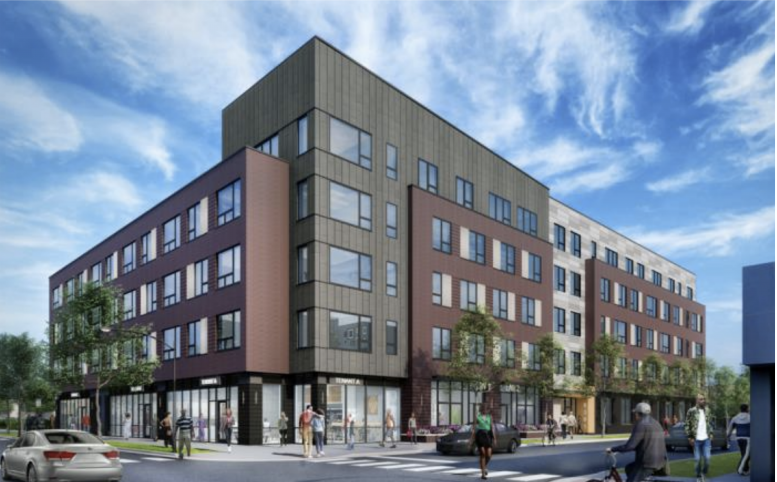 The Chicago Plan Commission has approved a mixed-use development at 6300 S Maryland Avenue in Woodlawn. Dubbed Park Station, the building will rise on a currently empty lot surrounded by various retail buildings, and bound by E 63rd Street to the north and S Maryland Avenue to the west. Designed by FitzGerald Associates, developers Michaels Developments and DL3 Realty aim to bring 58 residential units to the South Side neighborhood. 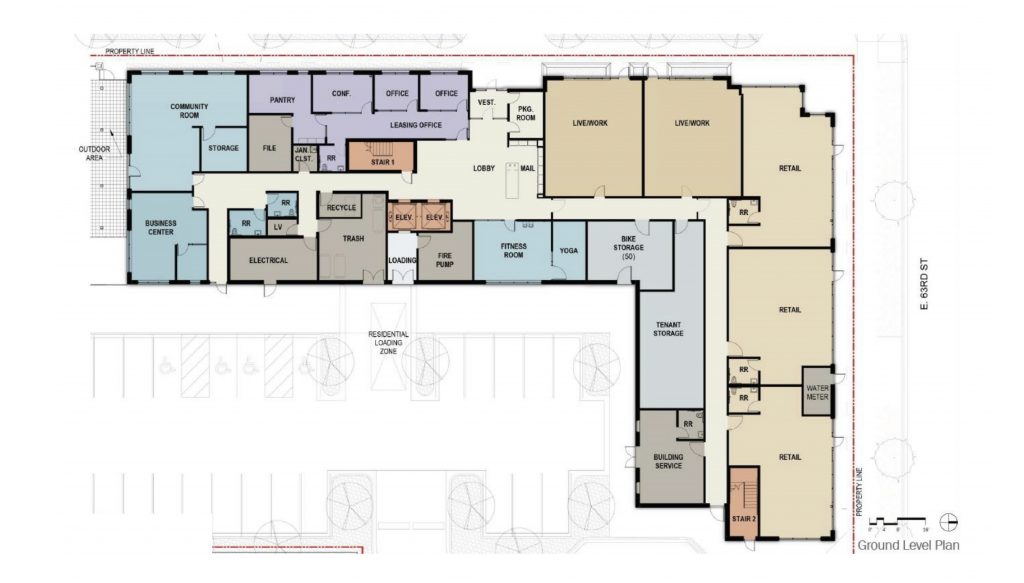 The building will feature an active first floor with three retail spaces fronting E 63rd Street and a majority of the building amenities being located on the first floor as well. These amenities include a business center, community gathering room, an outdoor patio, fitness center, 50 bike parking spaces, and 40 outdoor vehicle parking spaces hugged by the L-shaped building. A unique feature facing S Maryland Avenue right off the intersection will be two live/work units offering a storefront space to those renters. 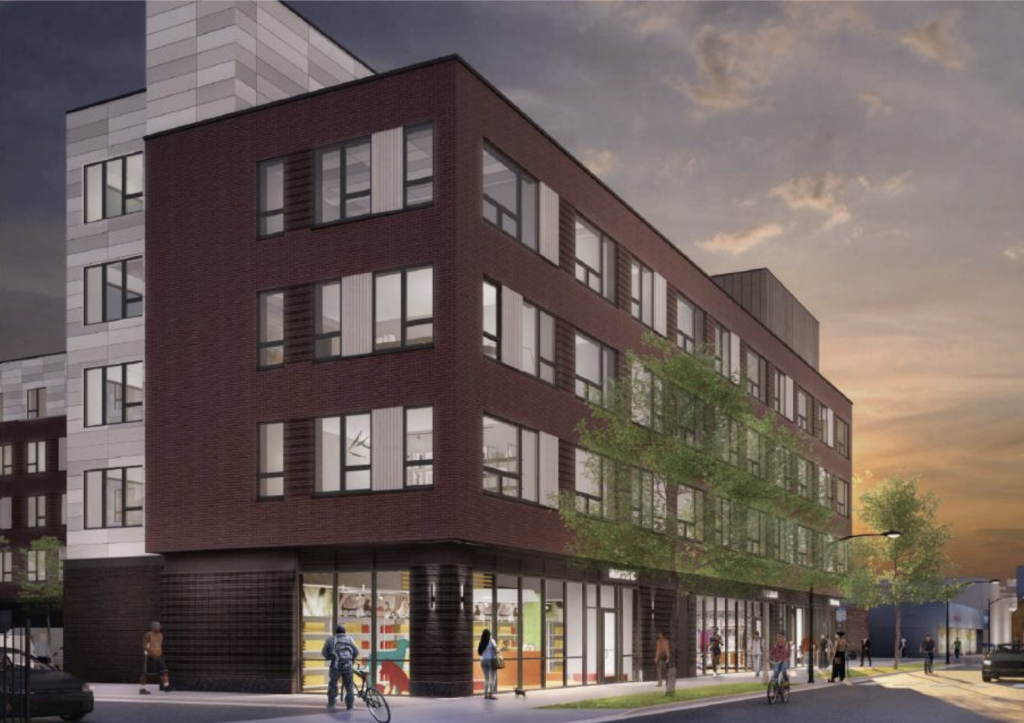 The development’s 58 units will consist of a mix of one-, two-, and three-bedroom apartments along with the two live/work on the ground floor. A key feature of the building will be that 41 of those units will be offered as affordable housing, making up 70 percent of the building total. They will be split between different levels of Area Median Income (AMI), nine units will be offered for both those earning 30 and 50 percent AMI, and 23 to those earning 60 percent AMI, leaving 17 offered at market price. It is worth noting the area’s median income is $25,450 dollars compared to the city’s 2019 average of $31,613 dollars. 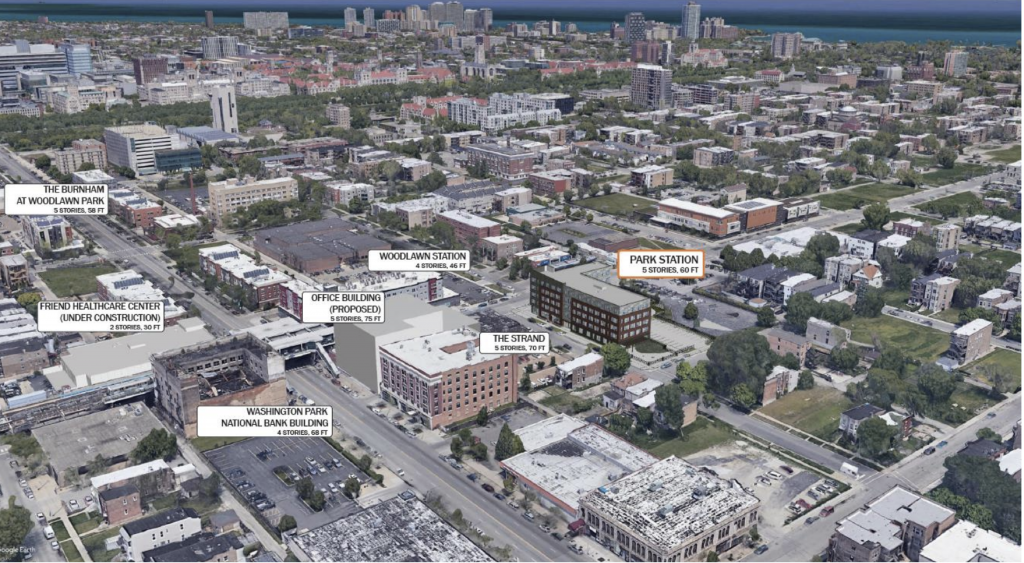 The building’s exterior will comprise of a mix of materials including cast stone, brick, fiber cement panel, and vinyl windows for the units. The five-story structure will top out at 60 feet in height which will put it in line with most of its surroundings and add to the recent growth seen in Woodlawn.

Future residents will have the CTA Green Line right outside their doorstep via a two-minute at Cottage Grove station, as well as CTA bus Route 63 outside the front entrance and Route 4 via a two-minute walk away. A Divvy bike station can also be found at the Cottage Grove stop with the site of the future Obama Presidential Center being a nine-minute ride away and the University of Chicago a five-minute ride away. The project will go in front of the Zoning Committee and Chicago City Council next.