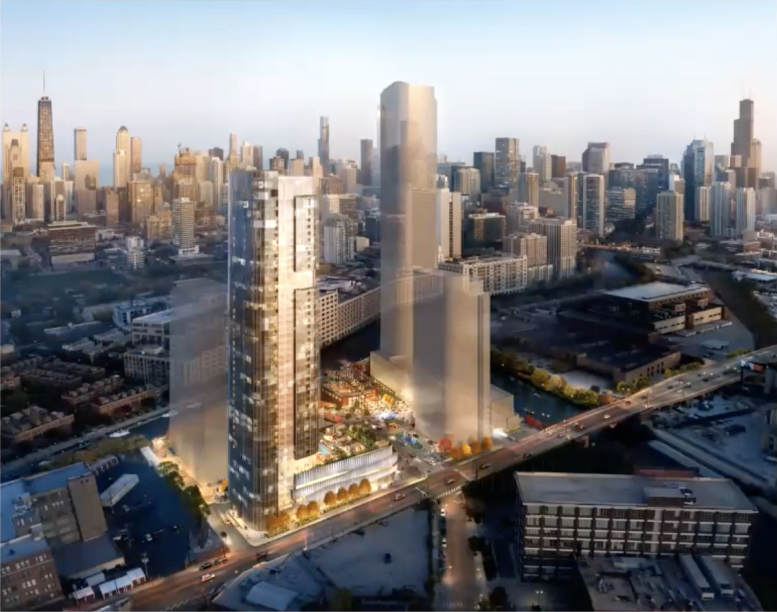 The Chicago City Council has approved the rezoning of land for a mixed-use development at 901 N Halsted Street in Goose Island. The Hartshorne Plunkard Architecture-designed building will be the first phase of Halsted Pointe, a major planned development by Onni Group. Construction will begin in the first quarter of 2022, taking 24 to 30 months to complete. 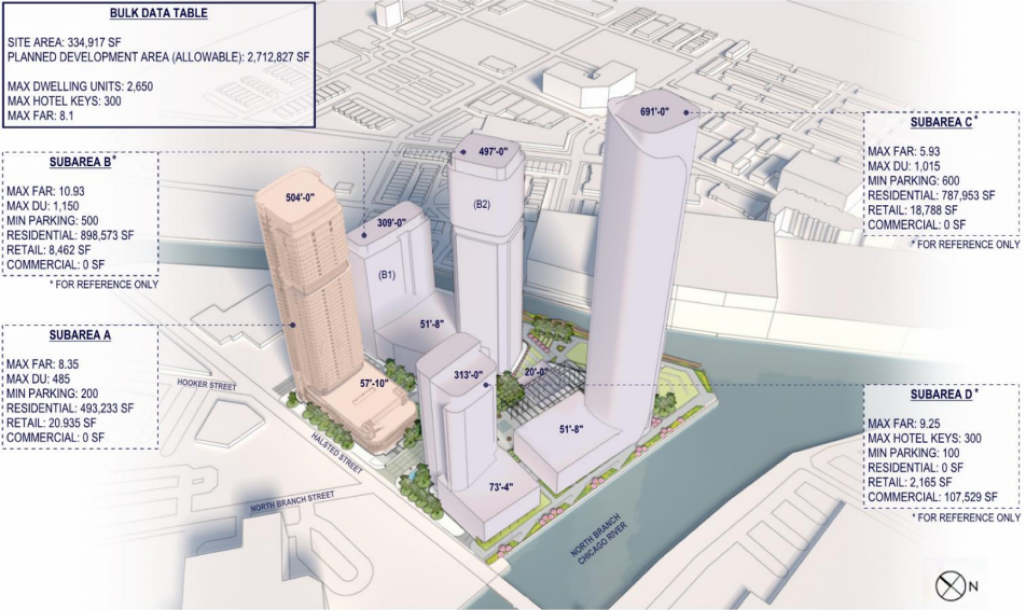 The 48-story tower will rise to an architectural height of 504 feet including a five-story, 58-foot-tall podium which will contain nearly 20,000 square feet of retail space. The building’s lower level will hold a majority of said retail space along with the entrance to the underground and upper levels of the 200-vehicle parking garage. The podium levels will also have most of the amenity spaces including bike storage, a dog run, a gym with separate studio and spa/wellness space, a game room with a golf simulator, party room, and rooftop pool among various outdoor decks. 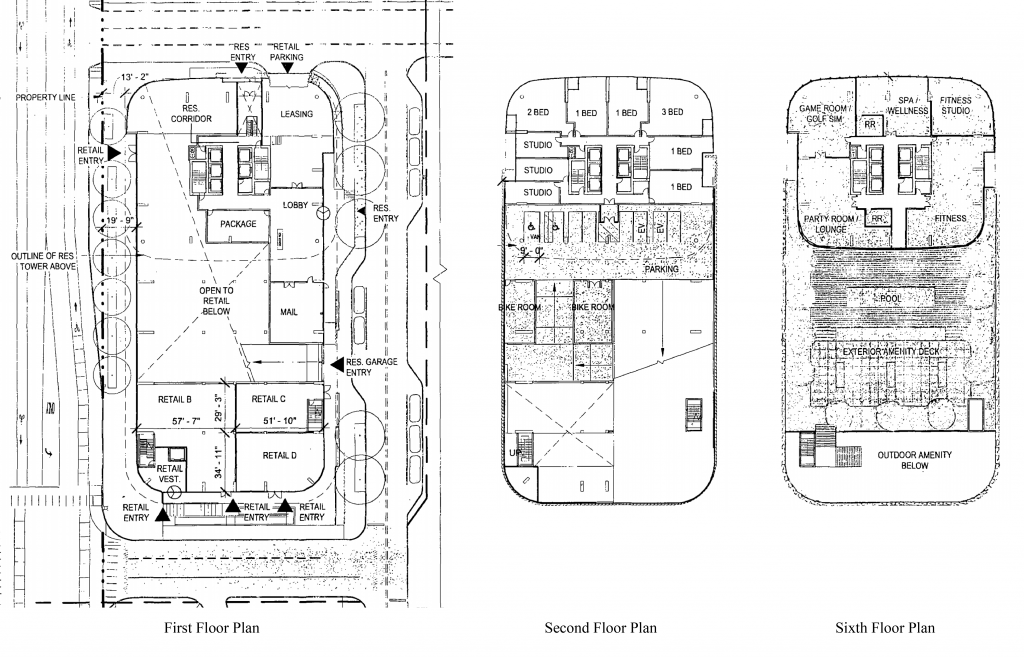 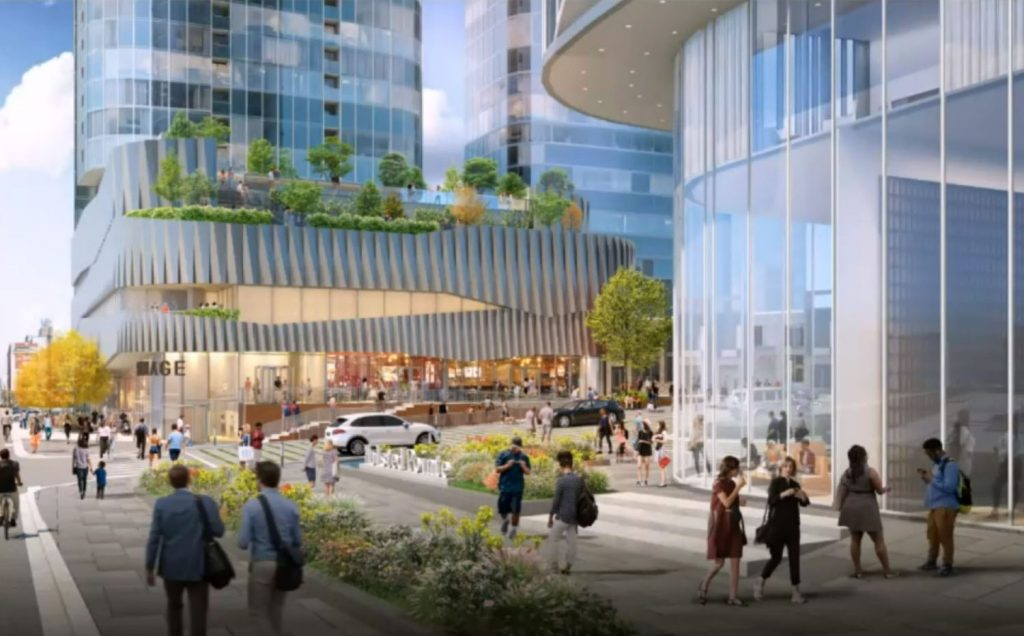 The ground-level podium will be clad in recessed translucent glass with a vertical metal panel rainscreen in an undulating pattern. The tower itself will have a glass window wall with visible aluminum mullions on the outermost parts of the building, and the amenity floors will be inset with butt glazed glass. While the last habitable floor will be the 46th at 484 feet tall, mechanical floors and screening will take the tower to its final height. 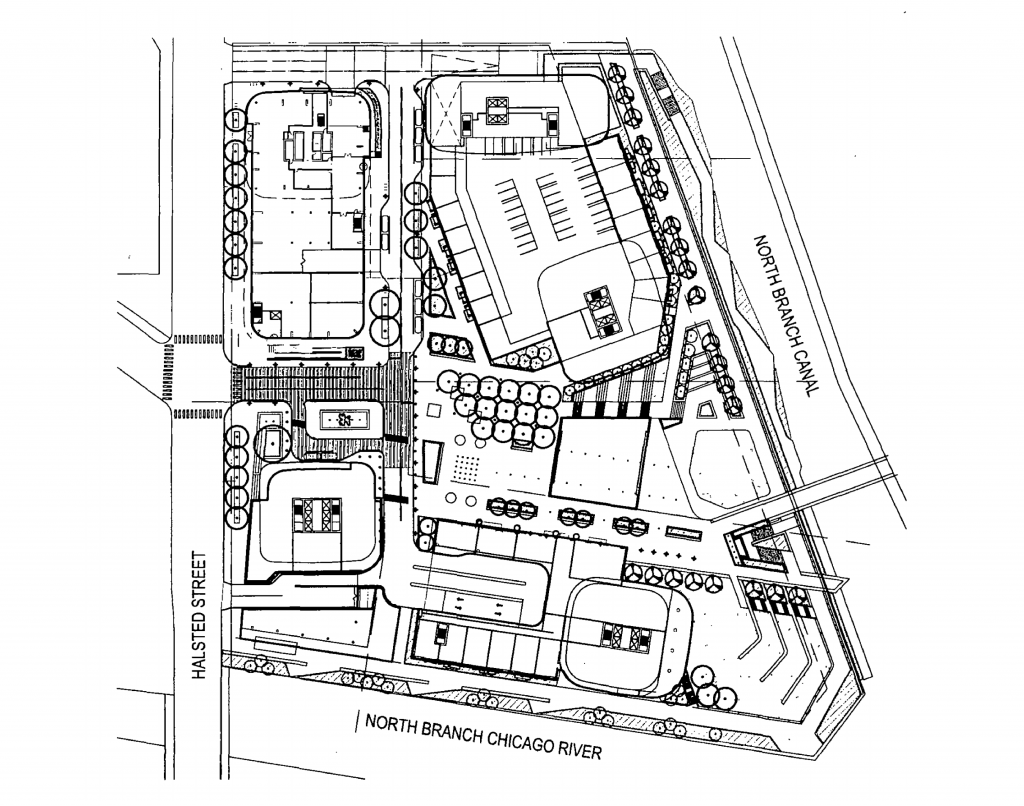 The rezoning is a major step towards the eventual ground-breaking, the current site is mostly occupied by a Greyhound Bus terminal and prior to this 92 percent of the land wasn’t zoned for any residential development at all. Eventually the $5.9 million building will be joined by four other high-rises, the tallest topping out at 691 feet, as well as 3.9 acres of green space containing 1,300 linear feet of riverwalk.