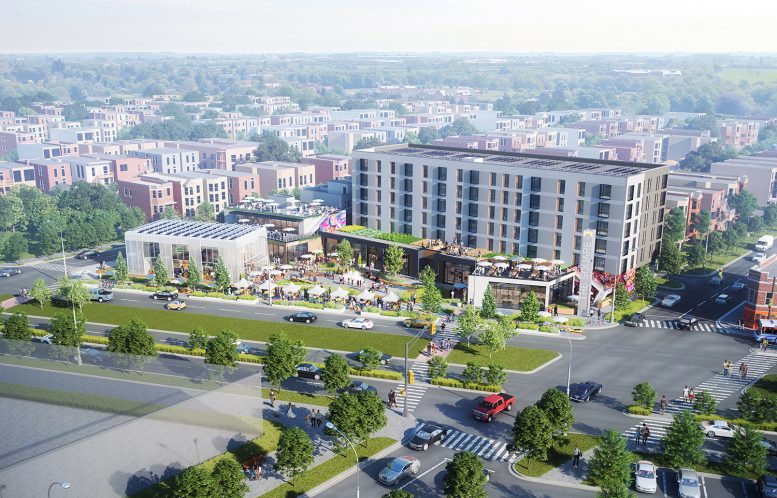 The City of Chicago’s Invest South/West Initiative has selected winners for the next four RFP sites in Chicago. Located in four neighborhoods, the sites are located in South Chicago, North Lawndale, Bronzeville, and New City.

The projects, which are valued at approximately $200 million, were selected in response to a second round of Request for Proposals (RFP) issued by the Department of Planning and Development (DPD) last winter. The four RFP selections will collectively create more than 215 residential units, 40,000 square feet of commercial space, and approximately 900 permanent and temporary jobs on commercial corridor sites that are either vacant or underutilized.

The RFPs’ 15 responses were subject to a months-long review process that included neighborhood roundtables and selection teams comprised of City of Chicago staff and community-based evaluators. Final selections were based on responsiveness to the goals of each RFP, developer experience and capacity, development team diversity, community wealth-building components, proposed designs, financial viability, community feedback, and other criteria. All of the projects are led by minority firms with multiple minority- or women-owned team members.

Several of the runner-up proposals will be working with DPD to adapt their proposal to nearby city-owned sites and move forward with the projects. The three additional minority-led proposals planned for nearby city-owned locations are expected to create dozens of additional residential units, tens of thousands of square feet of new commercial space, and more than 100 new hotel rooms, pending refinements to be completed in the months ahead.

The winning selections include the following development teams, projects, and locations: 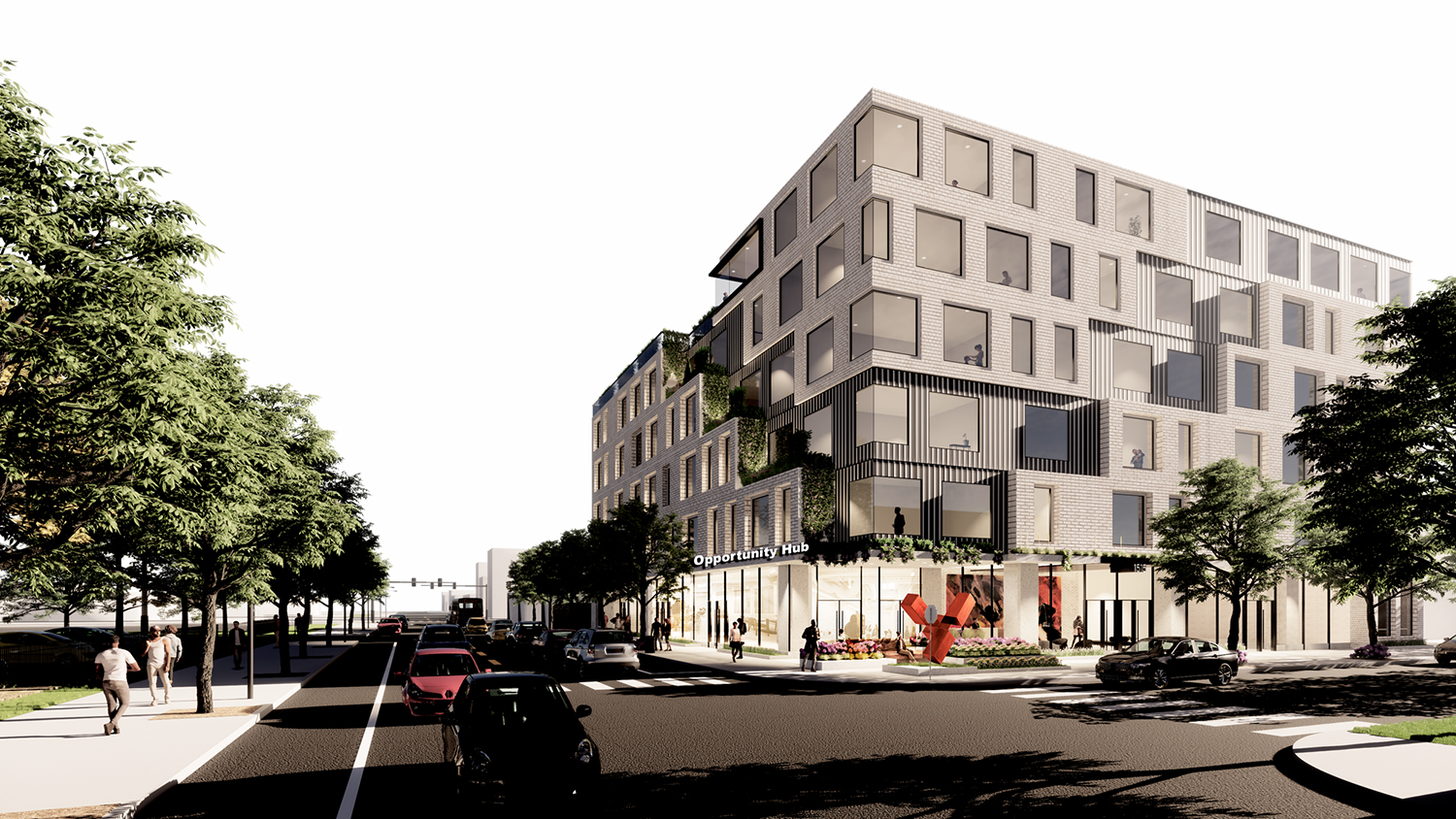 United Yards is a $51.5 million joint venture of Celadon Partners and the Blackwood Group planned for multiple vacant and improved properties near S Ashland Avenue and W 47th Street. The project will redevelop a vacant, city-owned lot at 1515 W 47th Street with a 50-unit affordable apartment building that includes a ground floor business hub and youth programming space. The building’s design comes from firm DesignBridge. 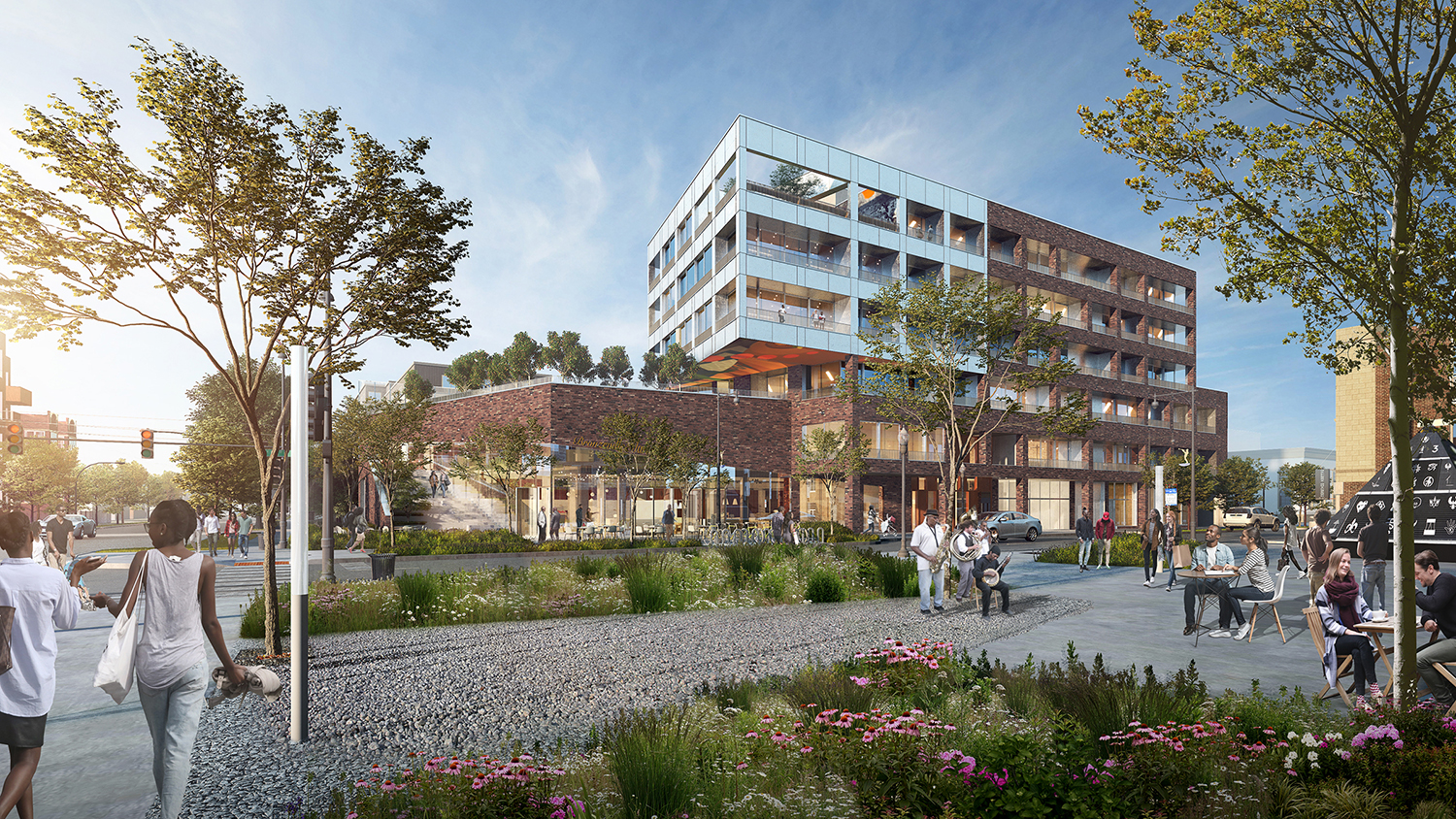 The Legacy District is a $19.2 million joint venture of KMW Communities and LG Development Group in partnership with Bronzeville Community Partners. Planned for 0.6 acres of vacant, city-owned land on the southwest corner of 47th Street and Vincennes Avenue, the proposed project will create a six-story building containing 12,000 square feet of commercial space and 25 mixed-income residential units. The project’s design came from a collaboration between Landon Bone Baker Architects, Volume One Design Studio, and Civic Projects Architecture. 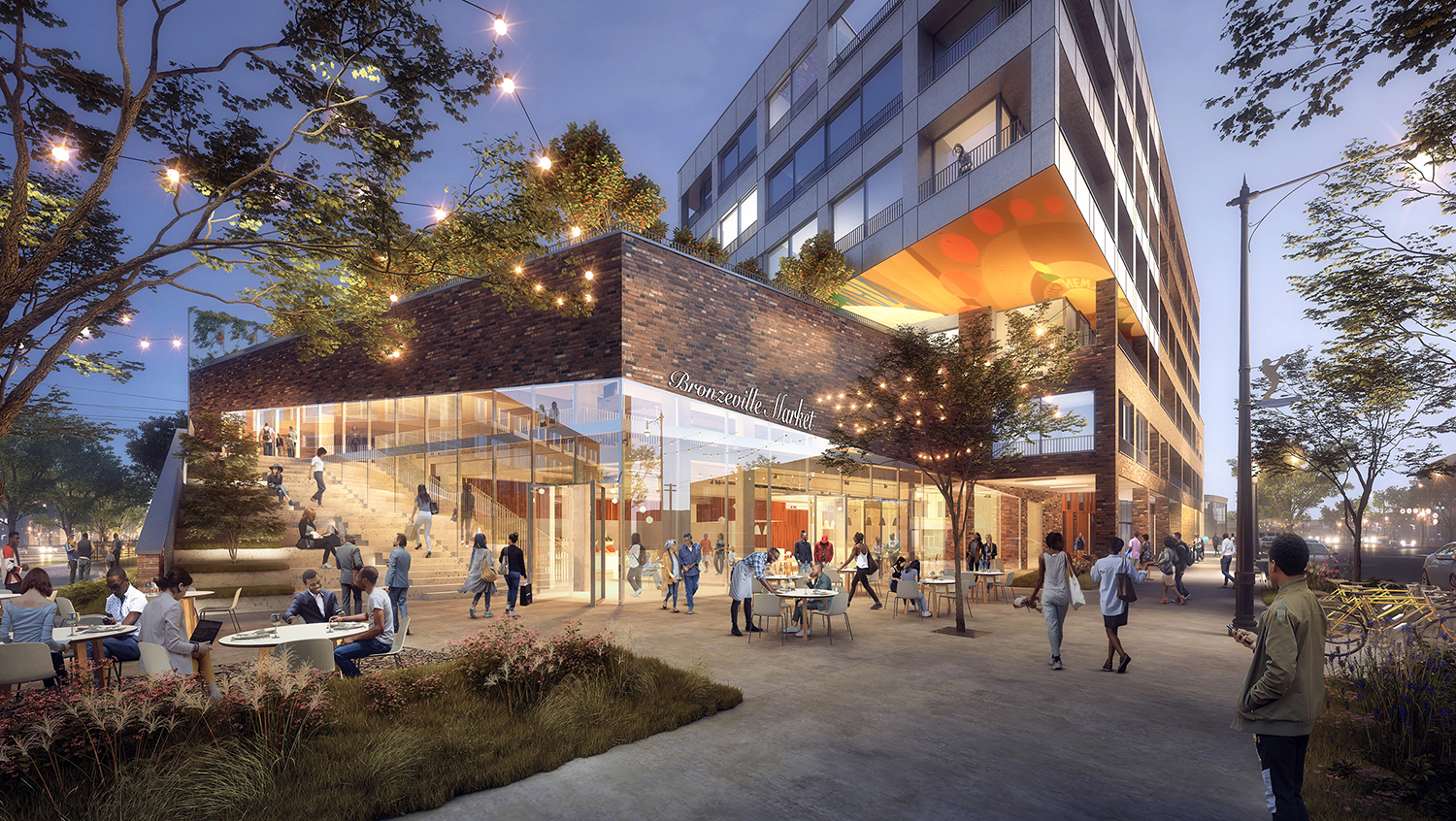 The additional team selected for alternative sites, 47th/Vincennes Partnership, is in active discussions with the city and local Alderwoman Pat Dowell on implementing portions of its mixed-use proposal on city-owned land on 47th. Project details could be announced later this year. 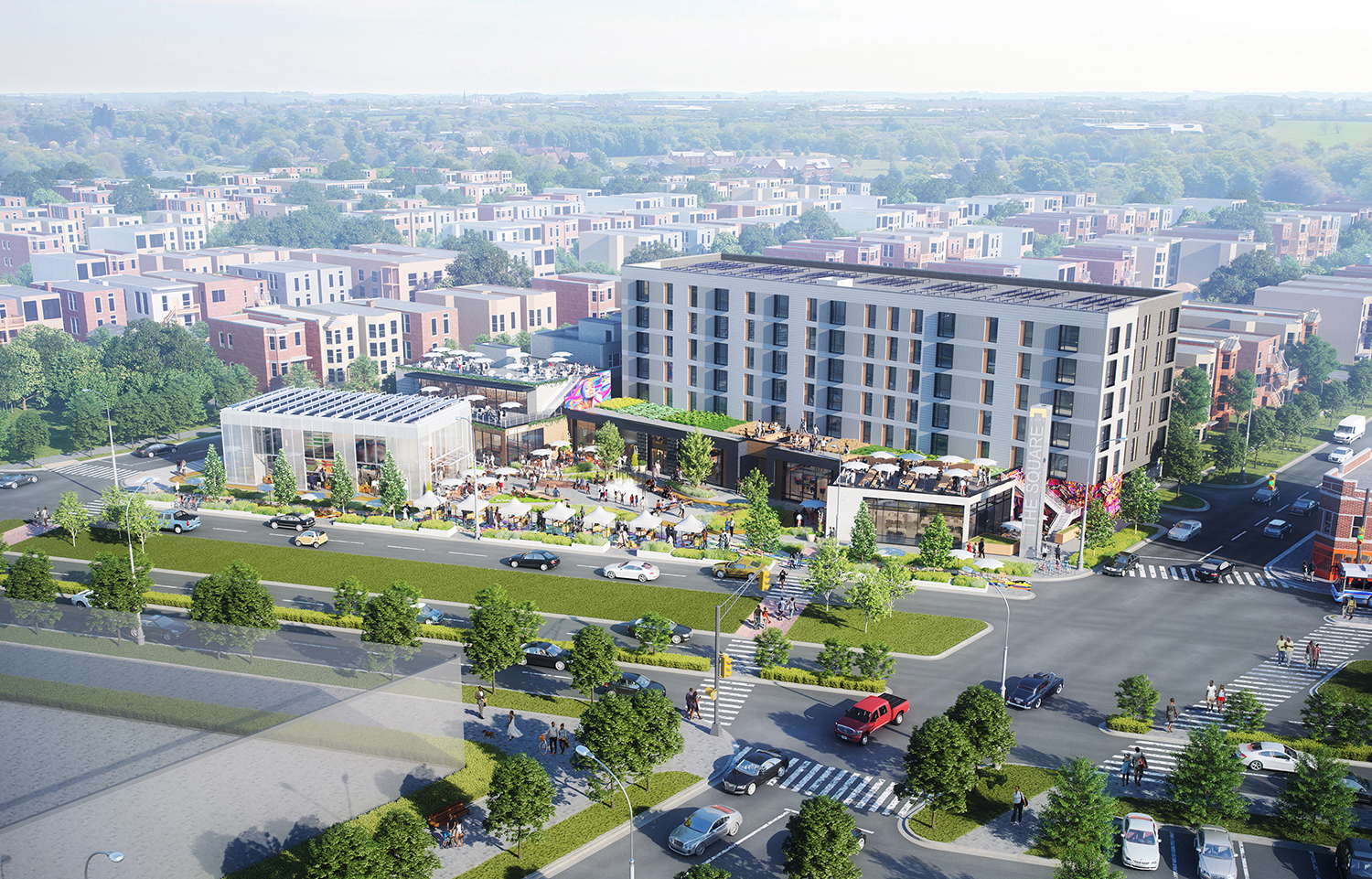 Lawndale Redefined is a $31.4 million joint venture from GRE Ventures, Imagine Group, and 548 Development. Planned for an acre of vacant, city-owned and private land on Ogden Avenue between S Homan Avenue and S Trumbull Avenue, the project consists of 60 mixed-income apartments, three market-rate townhomes, retail and restaurant space, and a stand-alone community center with technology and arts programming. Outdoor amenities include a plaza with public art and other cultural amenities. Designed primarily by Wight & Company, the firm collaborated with Site Design Group and a couple of other consultants. 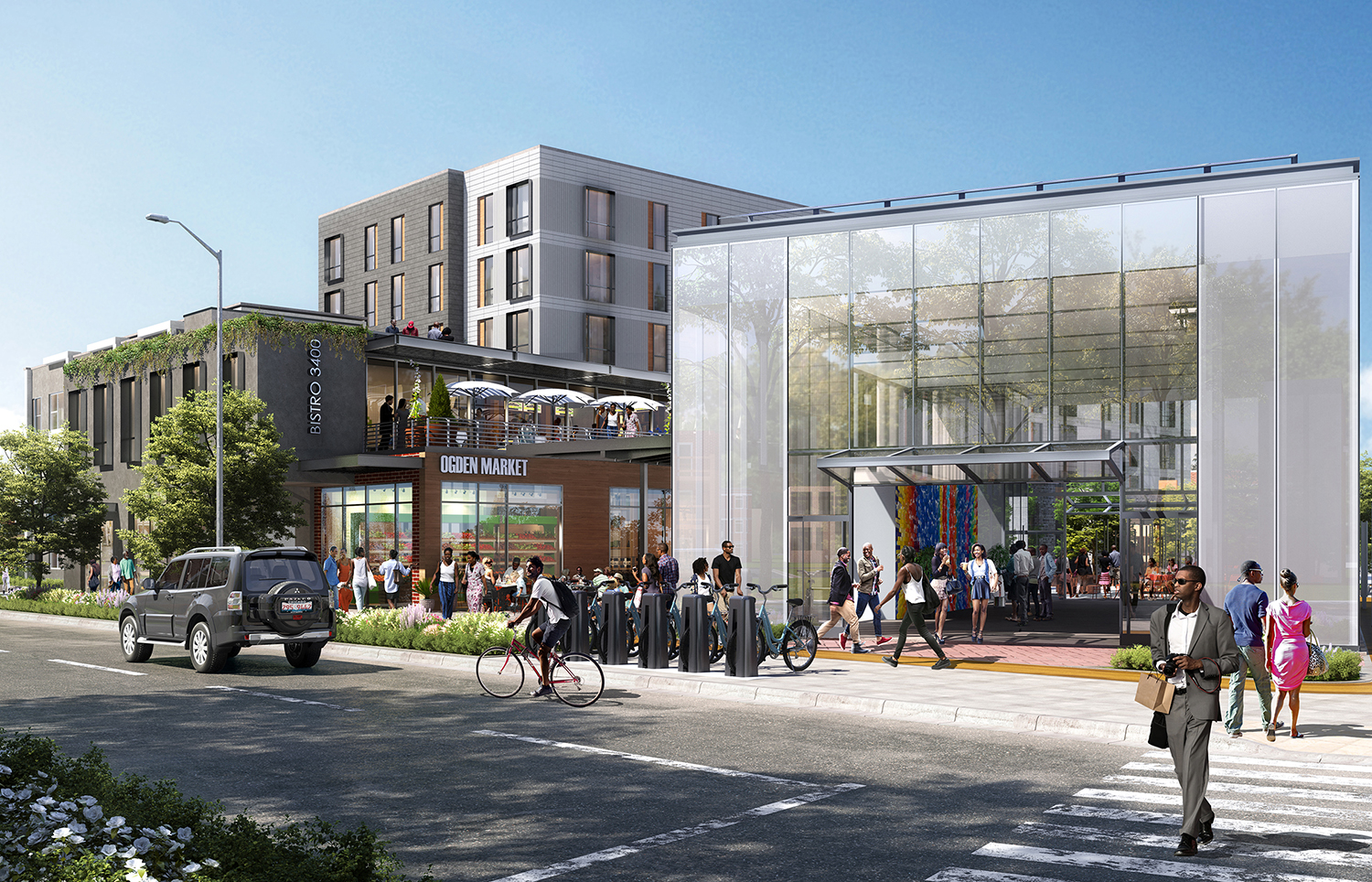 The additional team selected for alternative sites, Proxima Management Hotel and The Tapestry, are in active discussions with DPD to implement portions of their mixed-use proposals on nearby locations along Ogden. Project details could be announced later this year. 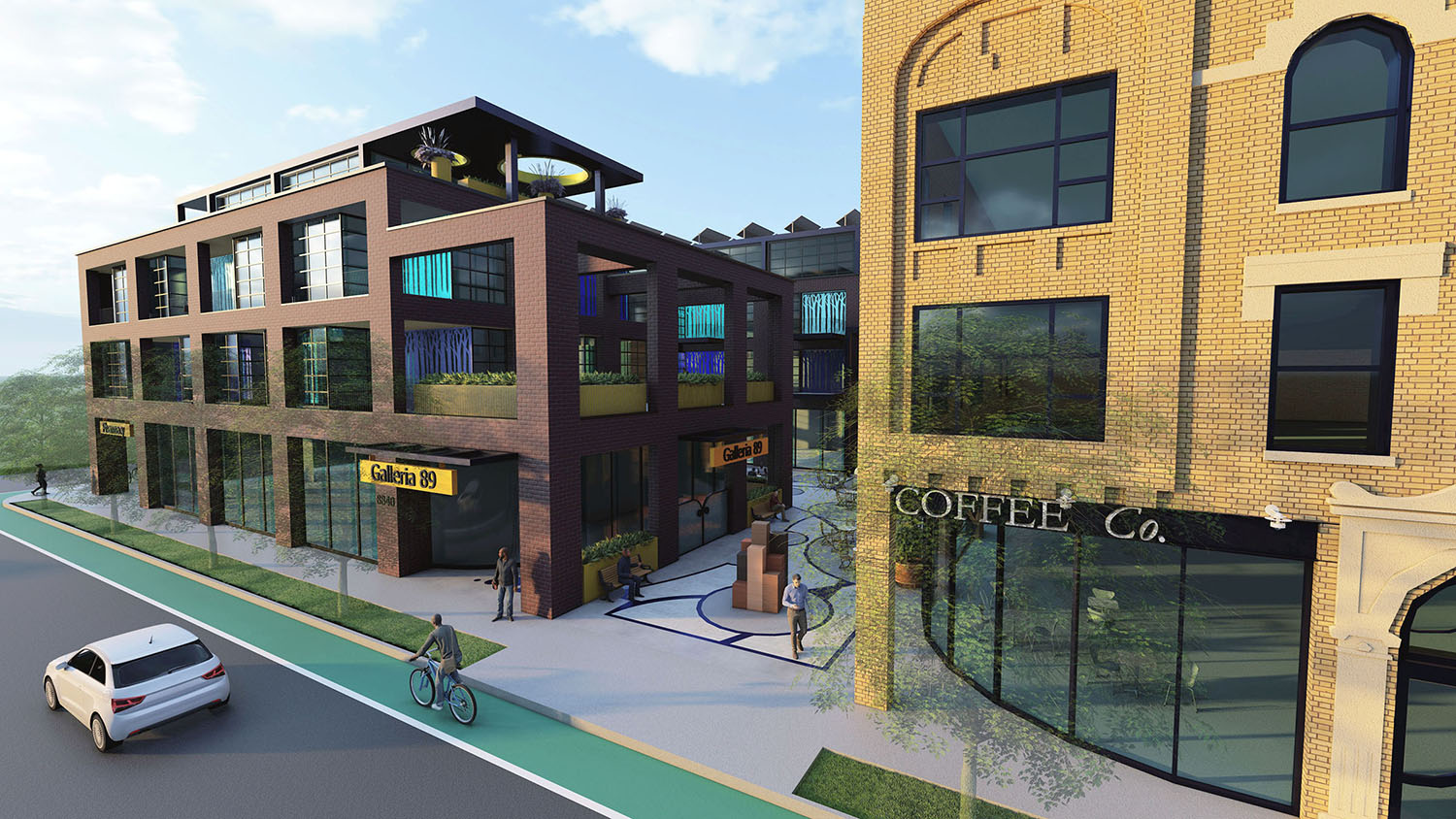 Galleria 89 is a $23.5 million project from 548 Development planned for approximately 0.6 acres of underutilized properties at 8840-8854 S Commercial Avenue. Designed by Rivetna Architects, the project will create a four-story building with 35 mix-income apartments and rehab an existing, three-story building with 10 mix-income apartments. Approximately 12,000 square feet of commercial space on the ground floors of both buildings will include a café, business center, and bike shop.

Each selected project will be refined in the months ahead through additional community engagement activities prior to formal review and approval processes that could include the Community Development Commission, the Chicago Plan Commission, the full Chicago City Council, and other entities. Groundbreakings could begin in spring 2022.